A.D. 633: Rise of Islam has been updated for the latest version of Crusader Kings II. Download now to play and enjoy several new features!

The download has been updated (10-MAR-19 21:11 GMT) to Hotfix 3.0.2, fixing a couple of character history issues with the potential to cause crashes. Please download again to get the latest version. 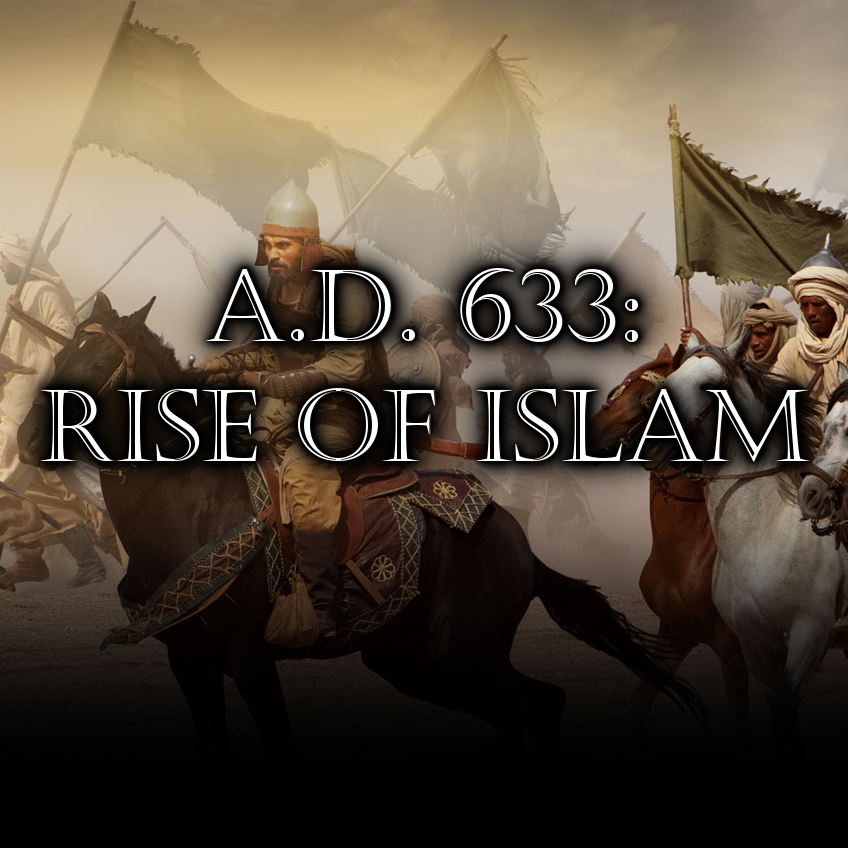 A.D. 633: Rise of Islam has been updated to version 3.0, to be compatible with the latest version of Crusader Kings II (v3.x.x, Holy Fury). In addition, several new features are included:

Several new bloodlines have been added: 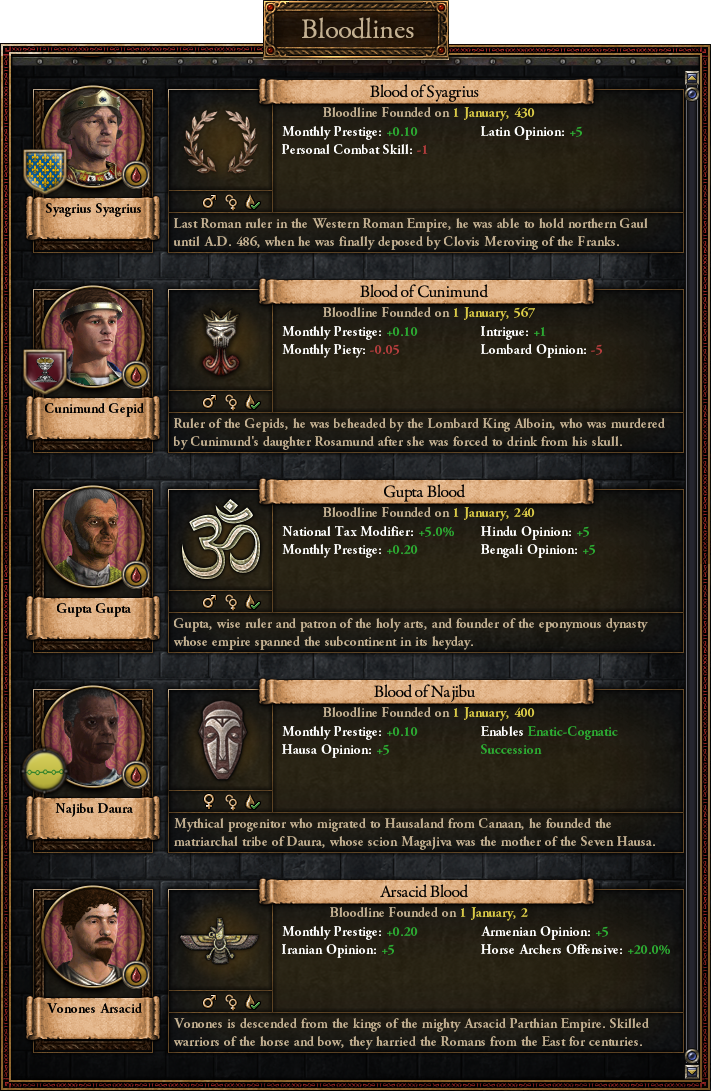 The new bloodlines active in A.D. 633: Rise of Islam

In the fourth and fifth centuries, North Africa became a hotbed of religious controversy due to the teachings of Donatus Magnus. He was fed up with the peccadilloes of the priesthood, and convinced his followers that sinful priests could not offer valid sacraments or perform other holy duties. Anyone who renounced the Donatist faith under persecution was anathema. One offshoot of the Donatists, the Agonistics (called by their detractors the Circumcellions), even became so obsessed with martyrdom that they would beat up travelers with clubs to provoke them into "martyring" them.

The Donatists are represented in-game by several counties and rulers in North Africa (although historically they disappear from the records in the 6th century). They have lower opinions of excommunicated and wicked characters, and are unable to falsely confess faith. Their holy order, the Agonistics, is active at game start. 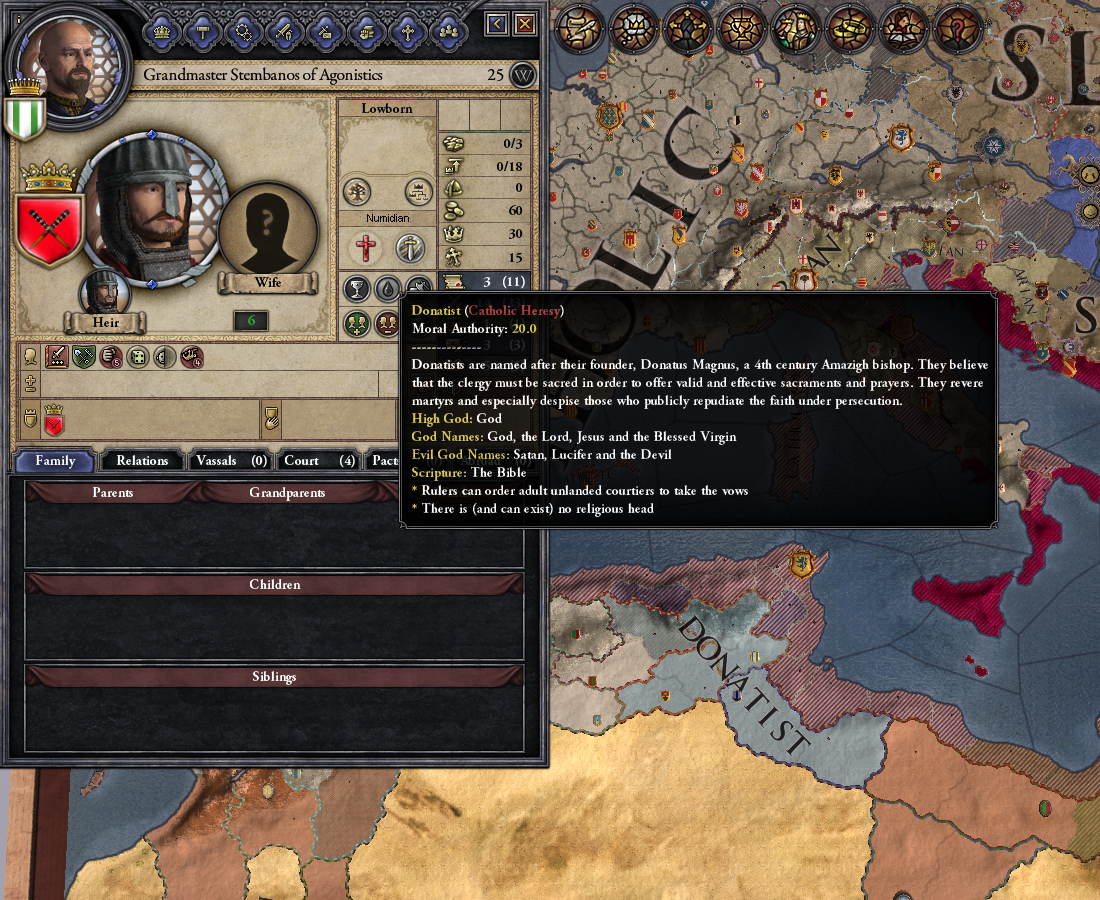 Witenagemot is a succession law available only to Anglo-Saxon characters. It is an elective type where only dynasty members, close relatives, and claimants are eligible. Close relatives and all realm rulers, besides mayors and republics, are eligible to vote. Vote strengths are increased by rank, and the ruler always gets several additional votes. The AI is likely to vote for the would-be primogeniture heir, as long he is an adult. Most starting Anglo-Saxon realms use the Witenagemot law. 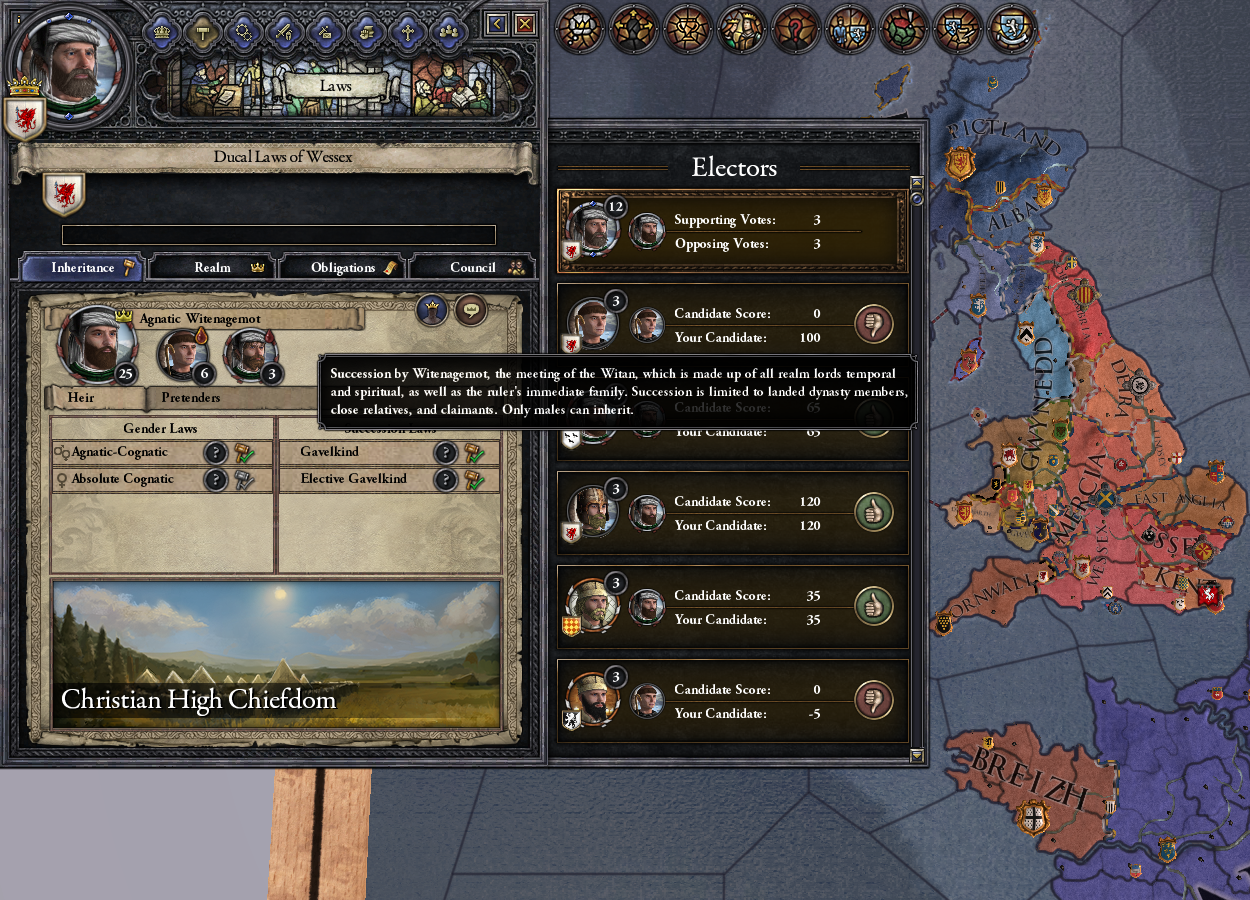 Witenagemot succesion in the Kingdom of Wessex

Another new succession law is Caliphal Elective succession, which is only available to Muslim Caliphs. Dynasty members and learned vassals are eligible for election. Each elector, chosen for their status or education, receives one vote. It is the starting law of the Rashidun Caliphate.

A.D. 633: Rise of Islam includes several other new features, such as new cultures, new events, and the Mayor of the Palace feature for the Franks.

P.S. Please let me know in the article or download comments of any bugs, especially game-breaking ones!

The download has been updated (10-MAR-19 16:55 GMT) to Hotfix 3.0.1, fixing a couple of minor province history issues. See the upload for details and download again to get the latest version.