Cosmochoria is releasing on Steam Early Access on September 29, 2014. Check it out today! 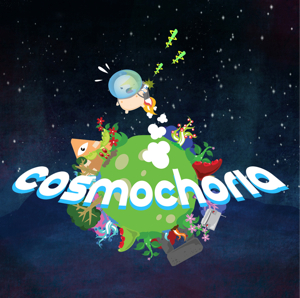 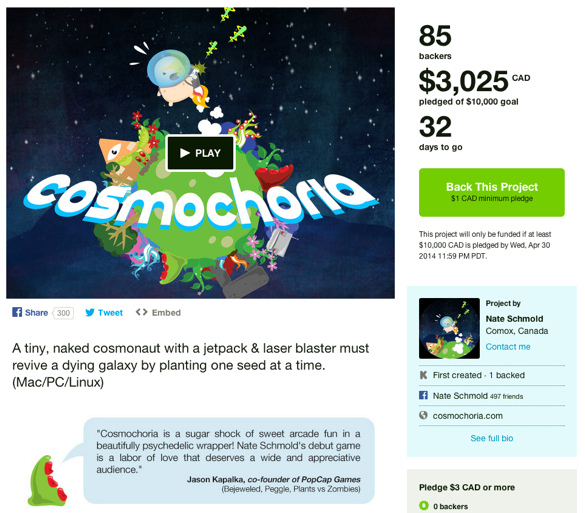 Originally planned for launch on April 1st, some unexpected circumstances caused the Kickstarter campaign for Cosmochoria to launch a few days early. That being said the first 24 hours was unbelievable - bringing in over 25% of the total $10,000 campaign goal.

By far one of the most interesting rewards is the fact that every pledge—regardless of the amount—automatically comes with the bonus that a tree will be planted somewhere on earth. With the current backer total sitting at around 85 people after 2 days, it translates to, literally, a small forest of amazing support for Cosmochoria.

Check out the campaign today @ Kickstarter.com

The official web site for Cosmochoria has now launched. The site shows game info, offers 1080p Downloadable screenshots and for the first time, a *publicly...

The new name has been announced for the indie video game formerly known as "Sprout". In celebration of the brand new name, as well as a large amount of...

Reflections on the week gone by & some answers to your questions.

I did a Let's Play on this game! Come check it out if ya like!
Big thanks to the developer for this great game!
Hope you enjoy.

A rare game to find its very very fun and has tons of replayability which is awesome! I noticed it was made in construct 2 intresting... I have no idea how you will make a download with it or will it be browser based?

Hey man, the final game will definitely be a download (construct2 can export a desktop build wrapped in nodewebkit) -- for now the demo is browser based, but in the end, it'll be Mac/PC/Linux -- already greenlit to steam, so just working on finishing it up and it'll be good to go. :)

OMG ! The game is AWESOMEEE . Hope it will be released soon :D

Thanks for checking SpeedyZR. ;D glad you like it. :)

Looks amazing. Good luck with it! 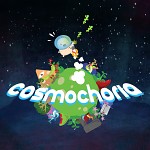