CO-OP is a 2.5D puzzle-platformer. You control two robots; R3D, who can absorb all the light sources around him, and BLU3, who converts that energy into an explosive power. They find themselves in what seems like a recycling facility, with drones analyzing their every move...

It took us more than 2 years for many different reasons. Some burnt out, some just left, the Kickstarter failed. Overall we changed team 2 times and the design, the vision have been affected negatively. I would of course not recommend that to any game studio, but we couldn't really avoid it.

On a better note, the game is going to be fully released on Steam later this week, probably this Friday (August 14th) with a huge 50% discount on Steam, on our website and on the Humble Store.

Check it out and let us know! 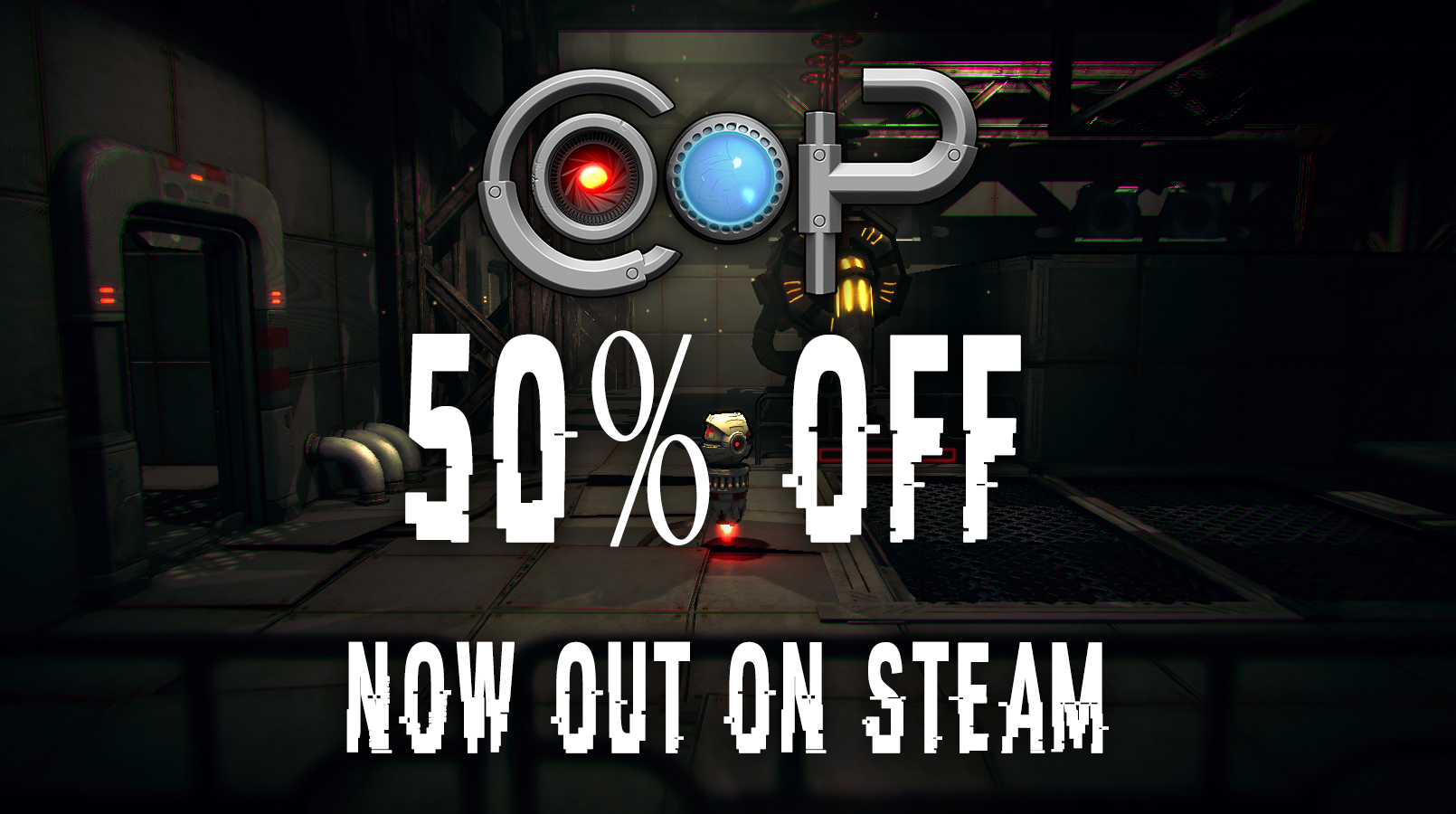 The game finally hit Early Access on Steam! That means you can now all play it!

The anticipated CO-OP : DECRYPTED to launch a Kickstarter

The very anticipated game CO-OP : DECRYPTED on Steam Greenlight is about to launch a Kickstarter for more than the game itself.

Gameplay feature of the Game CO-OP showing the uses of R3D's (one of the two main characters) power.

This is just a picture of our 2nd chapter in the game where the two robots go to the basement of the factory.

This looks really cool! I am looking forward to this! :)

I've played the pre/mini/alpha/tutorial/prototype of this game. it is amazing, Go and support!

The Alpha prototype is nothing compared to whats coming ;)