The young Donkeyskin lives a peaceful existence in her castle, enjoying her days with her best friend and confidant, Nahima. That is until her father, gone mad since the death of his beloved, decides he should wed the princess instead. Donkeyskin has to find a way to escape from this fate, but how? She doesn't know it yet, but it's the beginning of a long nightmare that will take her to the edge of madness...

Minor spoilers ahead: the setting and characters of the route are revealed. 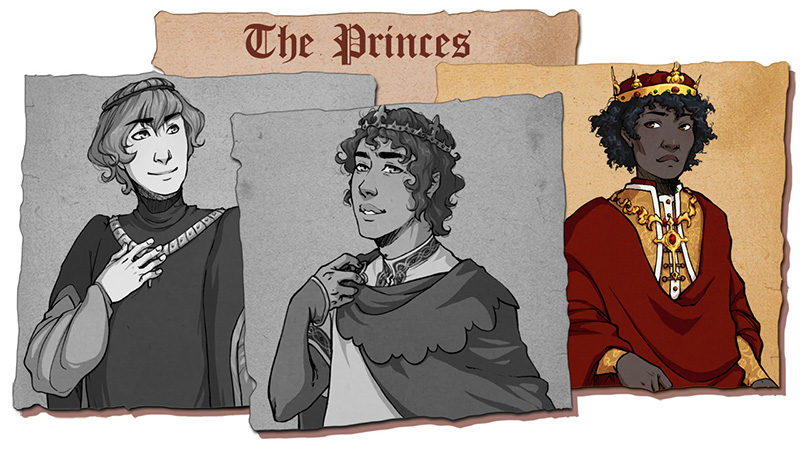 Genèse is the prince of Chronotopia's D route and lives so far away that’s he’s actually ruling the kingdom of a different country. If that’s not a change of pace, I don’t know what is! He’s just a little older than Griselde and Thalie but maybe that’s just accentuated by his serious air. As a religious and righteous man, he may look stern at a first glance but surely you’ll be able to melt his heart~ Though, truthfully, Genèse is already king, and a widow at that, so you’ll be the one comforting him for once! 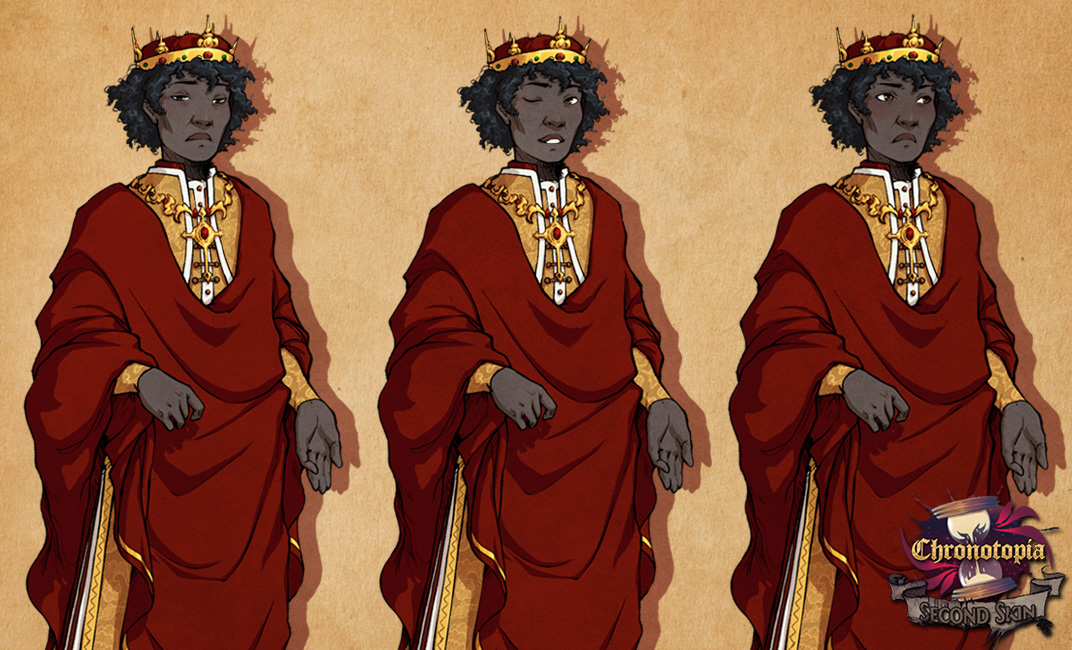 Genèse’s city is bursting with life and populated by merchants, including this young man called Georges. He’s travelling the world as a peddler, going both to marketplaces and people’s houses to sell various useful items. And since there was no radio or newspaper in the Middle Ages (let alone Internet), he also spread rumors and news about the various locations he visits. Georges actually appears in several routes of Chronotopia: Second Skin and is a precious source of information for Kionna. 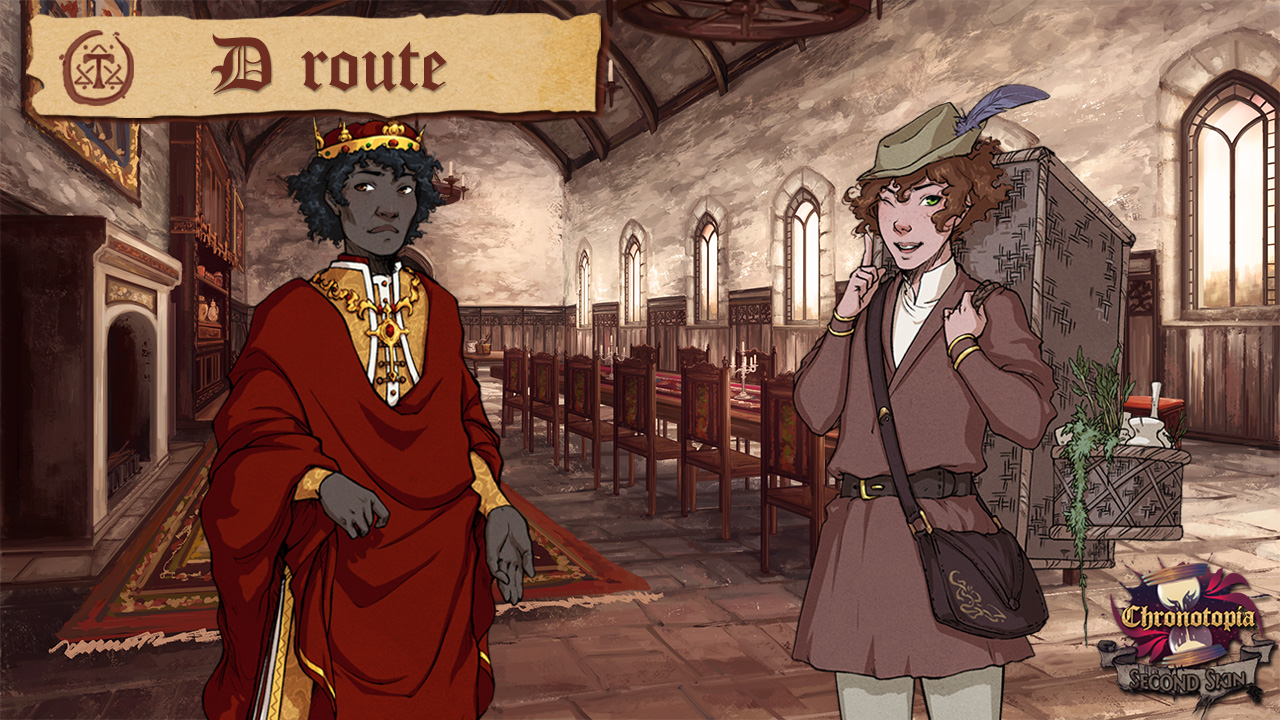 God bless you Georges for being the good version of the internet!

And that’s the end of the routes presentation. For obvious reasons, I won’t tackle the endings as I don’t want to say too much: writing those posts without spoiling was already hard enough.

But worry not, we haven’t explored everything just yet!

Last time we talked about dynamic shots, let’s backtrack a bit to bring up polishing in general…and background animations in particular!

Last time I introduced prince Griselde and his subliminal dagger, so let’s move on to the next candidate: prince Thalie!

At first I did not plan to write about programming at all, but then it struck me during the Kickstarter campaign that it was actually a much needed talk...

As I mentioned last time, Chronotopia: Second Skin is divided in several routes, each corresponding to a different strategy to escape the castle. What...

The artwork is absolutely beautiful. Will be keeping my eye on this game. :)

Thank you very much! Can't believe I had missed your comment ><.