Back to the roots RPG. Game for the sake of the atmosphere and roleplaying. Not for mindless grind. With an interesting living world full of injustice and drama generating by the players. Online sandbox RPG about fantasy medieval Europe with an alternative course of history in 867. If you're tired of MMORPGs where everybody is the epic warriors, if get-the-best-gear as a core goal of the game is no longer satisfies you and you're waiting for a game where your character can become a part of the world - then Changes if for you! We are inspired by the tabletop roleplaying games and mostly by various online roleplay modes based on the different popular games.

This is the sixth article in a series of articles about updates. This time we are talking about character appearance customization, clothing and gestures.

We added some appearance customization features so important for RPG. It is mostly based on the models created with MakeHuman and some clothes/haircuts provided by the members of its community. Thank them; their names will be included in credits. 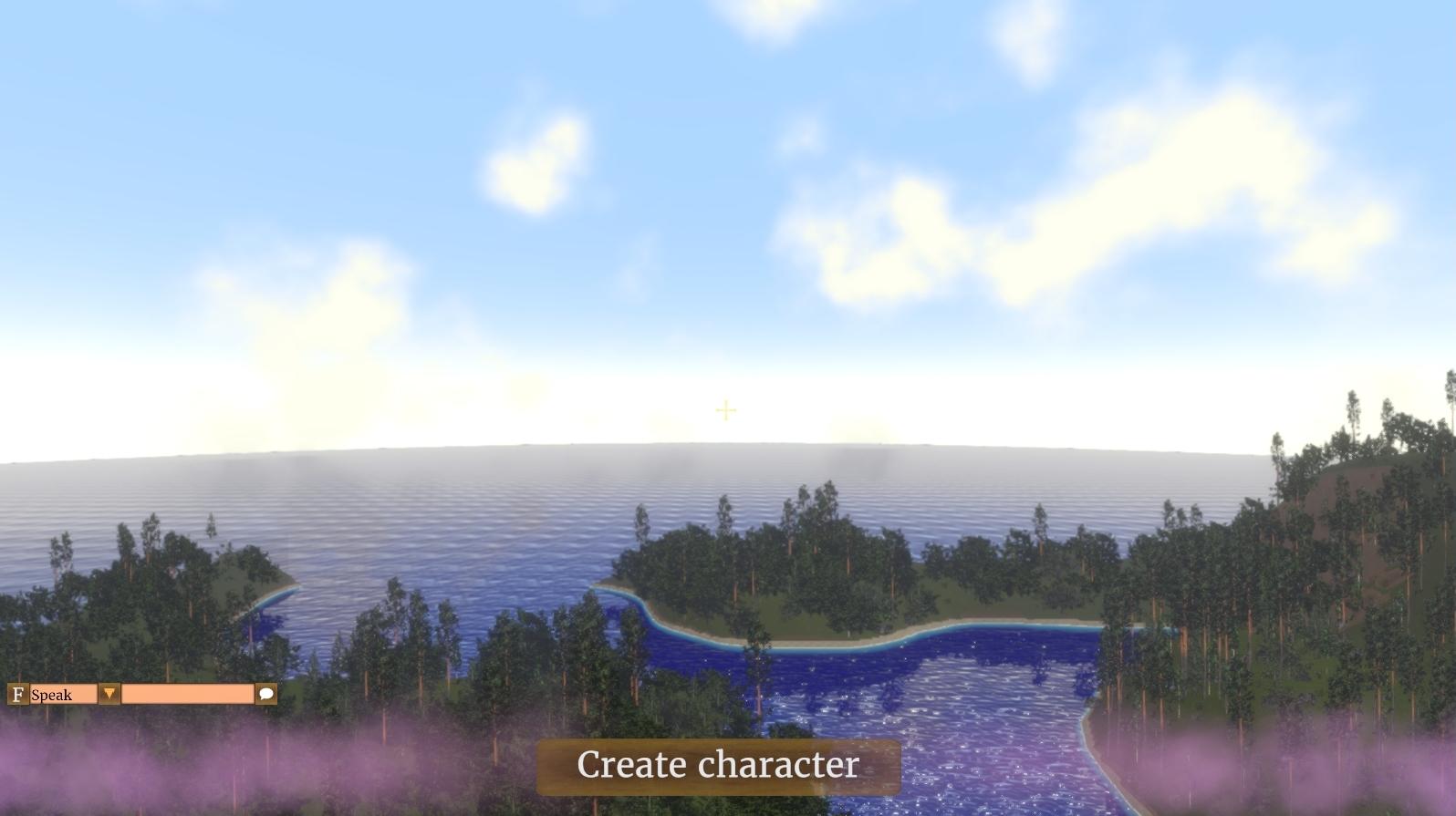 After entering the server, create character button will appear. 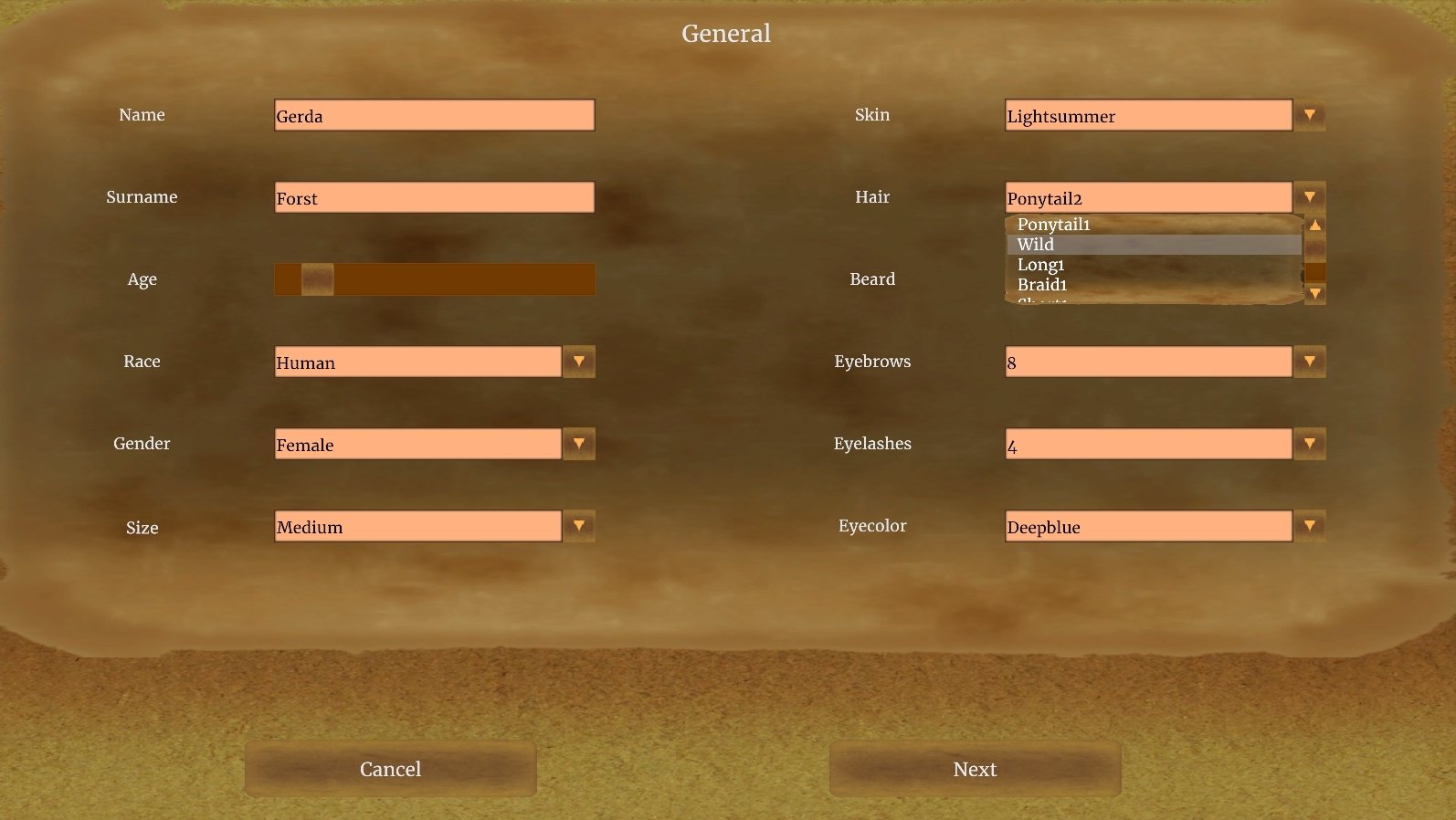 A few new options appeared in the character creation menu. While there are not many opportunities to customize the character appearance yet, we will add more options later. Beards are not available for female. 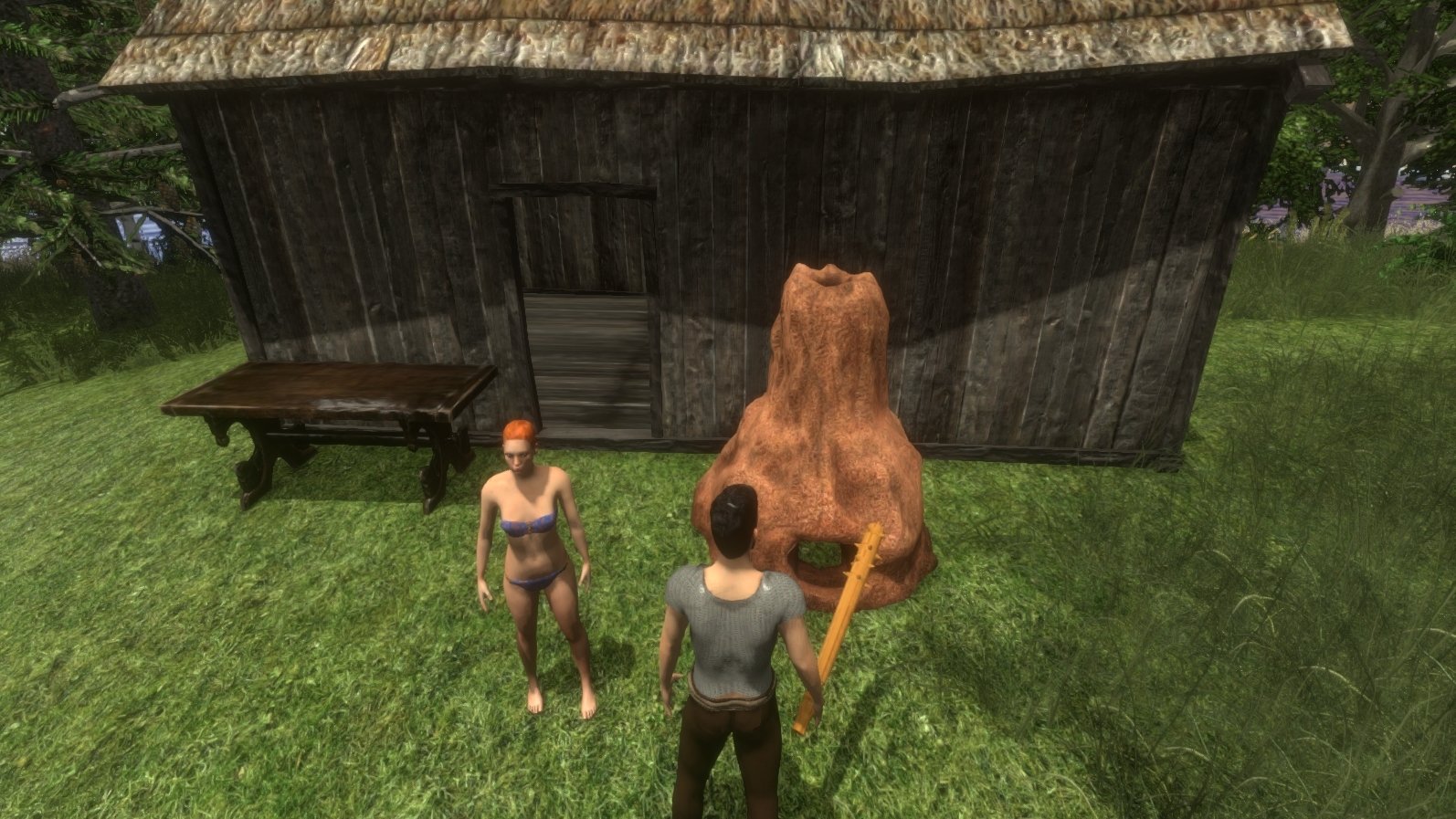 This is the girl that we created. She was moved to the second character. 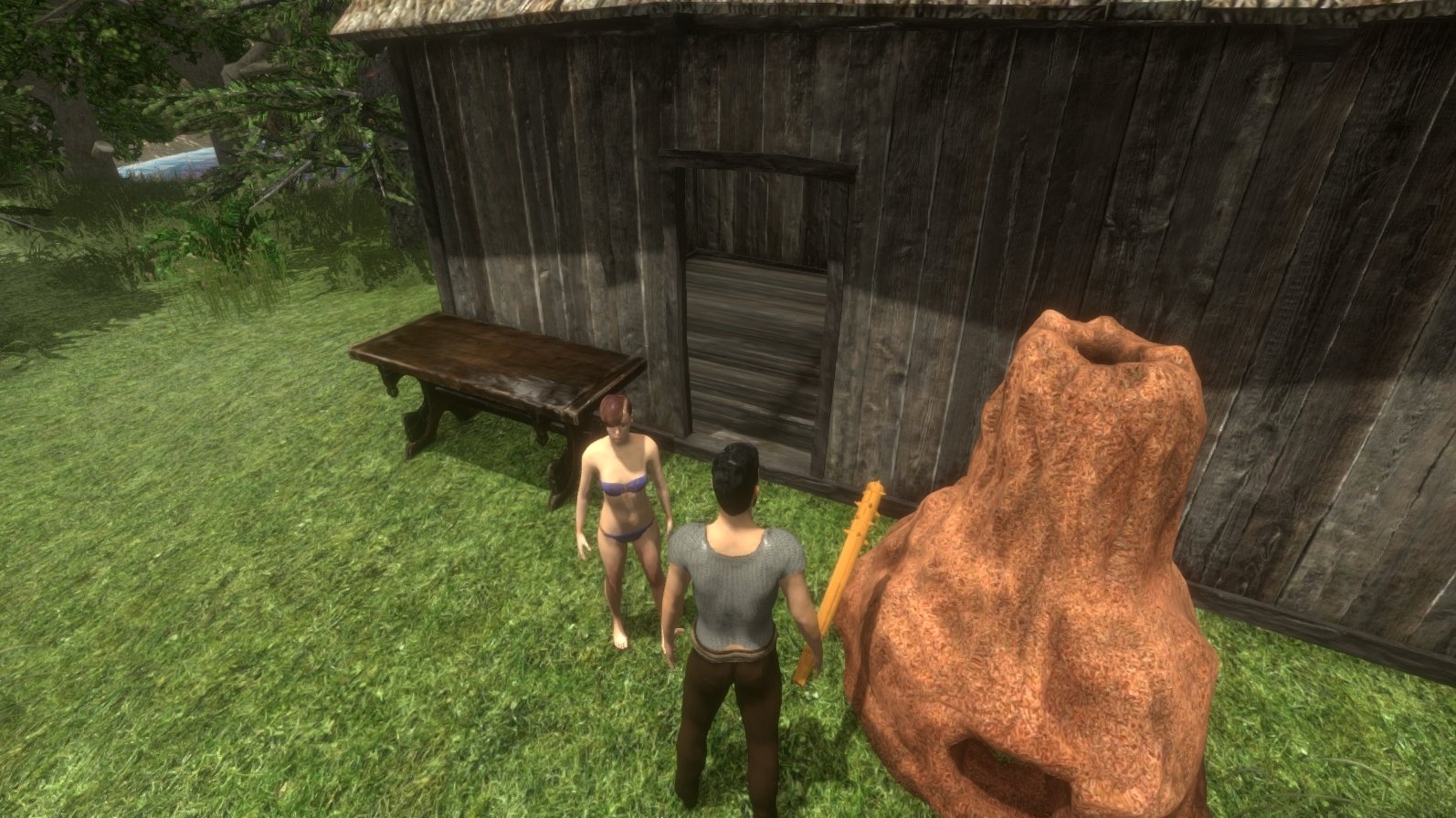 I created another girl. She is small and looks slightly different. 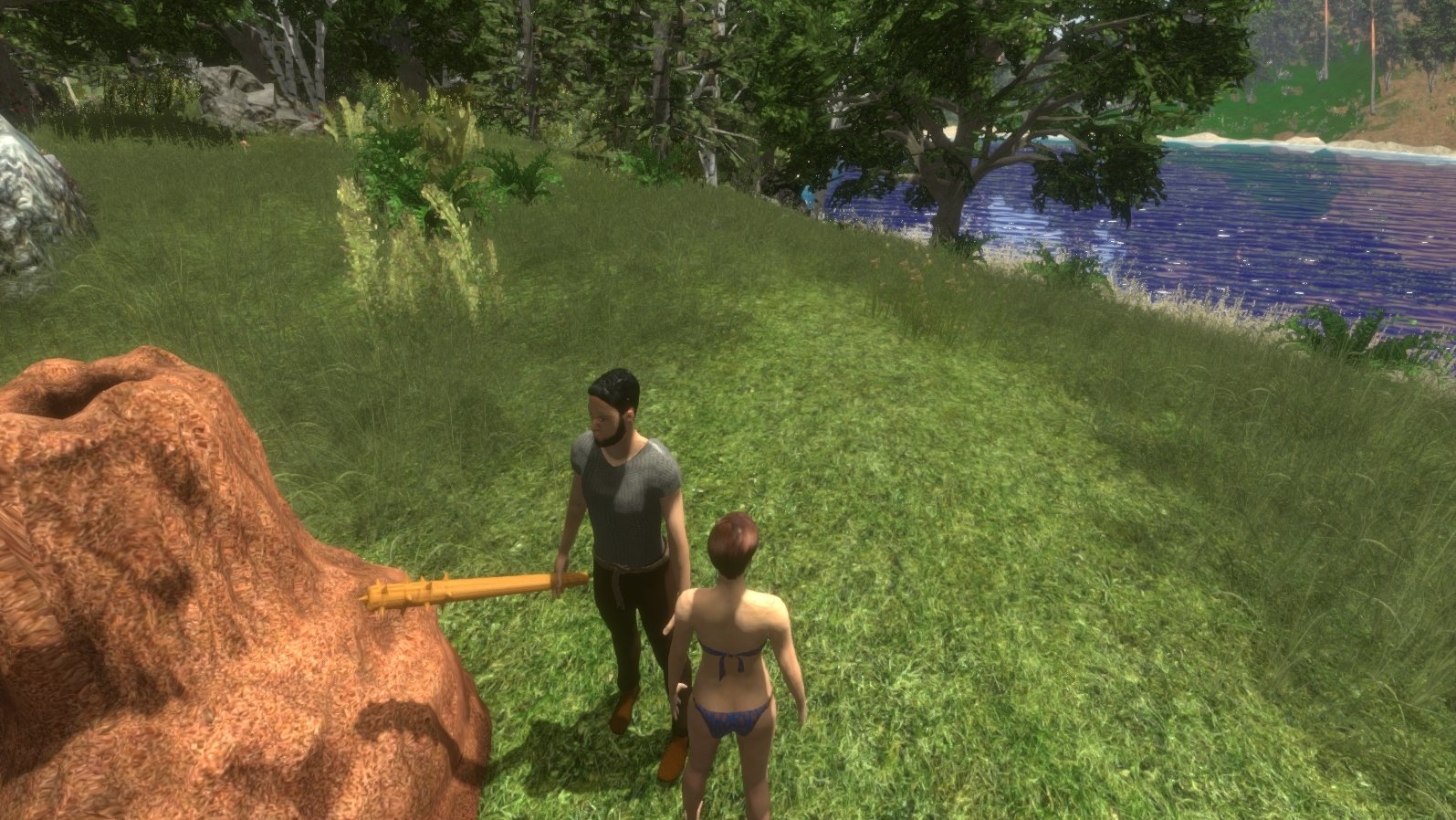 By the way, this is how our guy with his fashionable beard looks.

Another important thing is clothing system. It is in WIP stage and supports only sets for now. The feature of the sets is that they not only affect physical/magical resistance and stats but also change the type of armor. There are three types of armor: light, medium and heavy. Different types of armor are good or bad against different types of attack. Using an iron knife with the “cut” attack type increases your damage against light armor, but decreases against a heavy armor. A sledgehammer has the opposite effect. This gives a large scope for tactics on the battlefield. 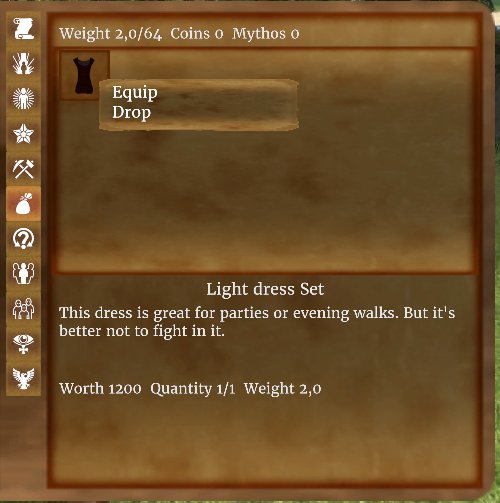 Light dress in the girl’s inventory. Right click and select Equip option to equip it. 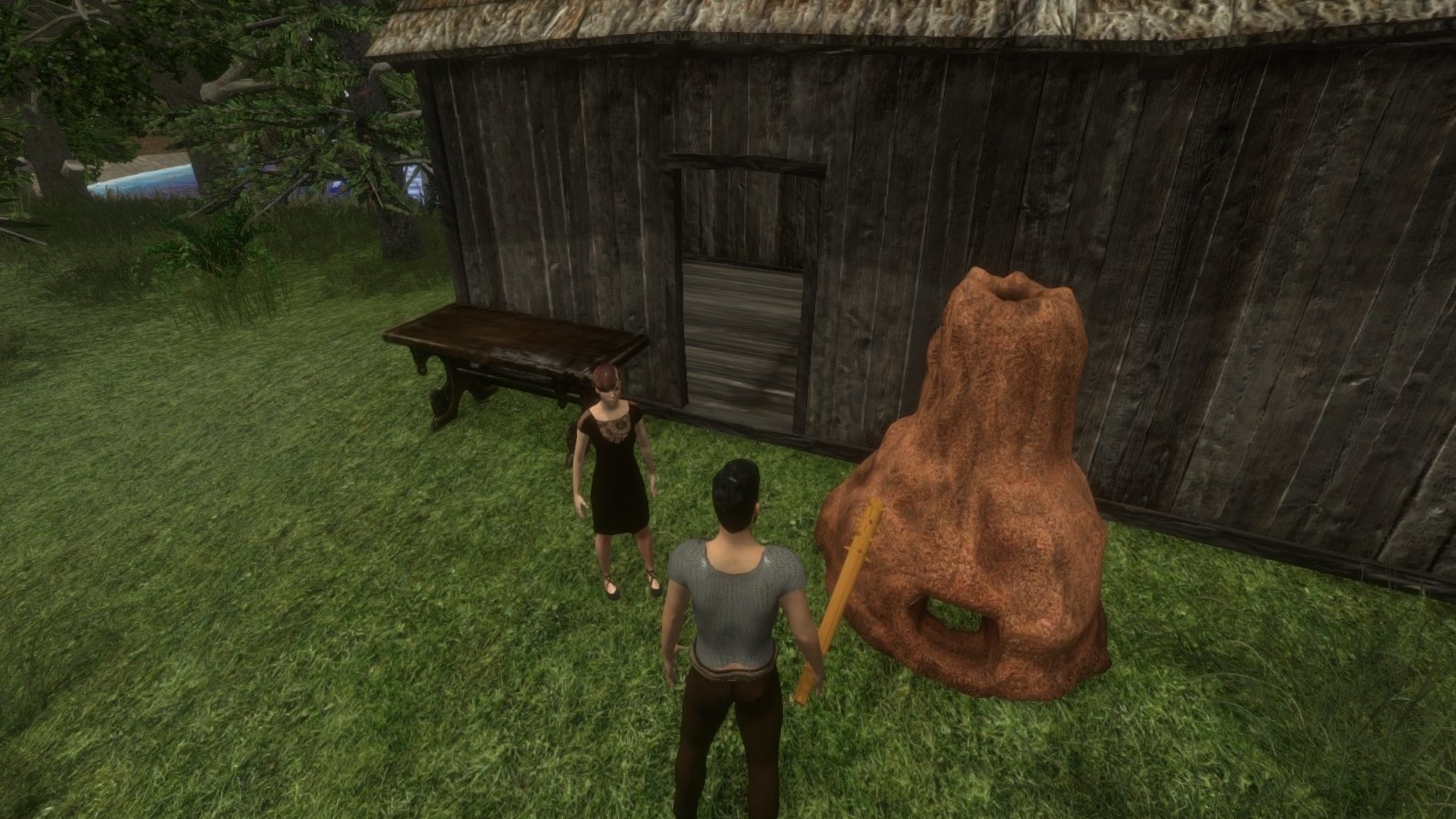 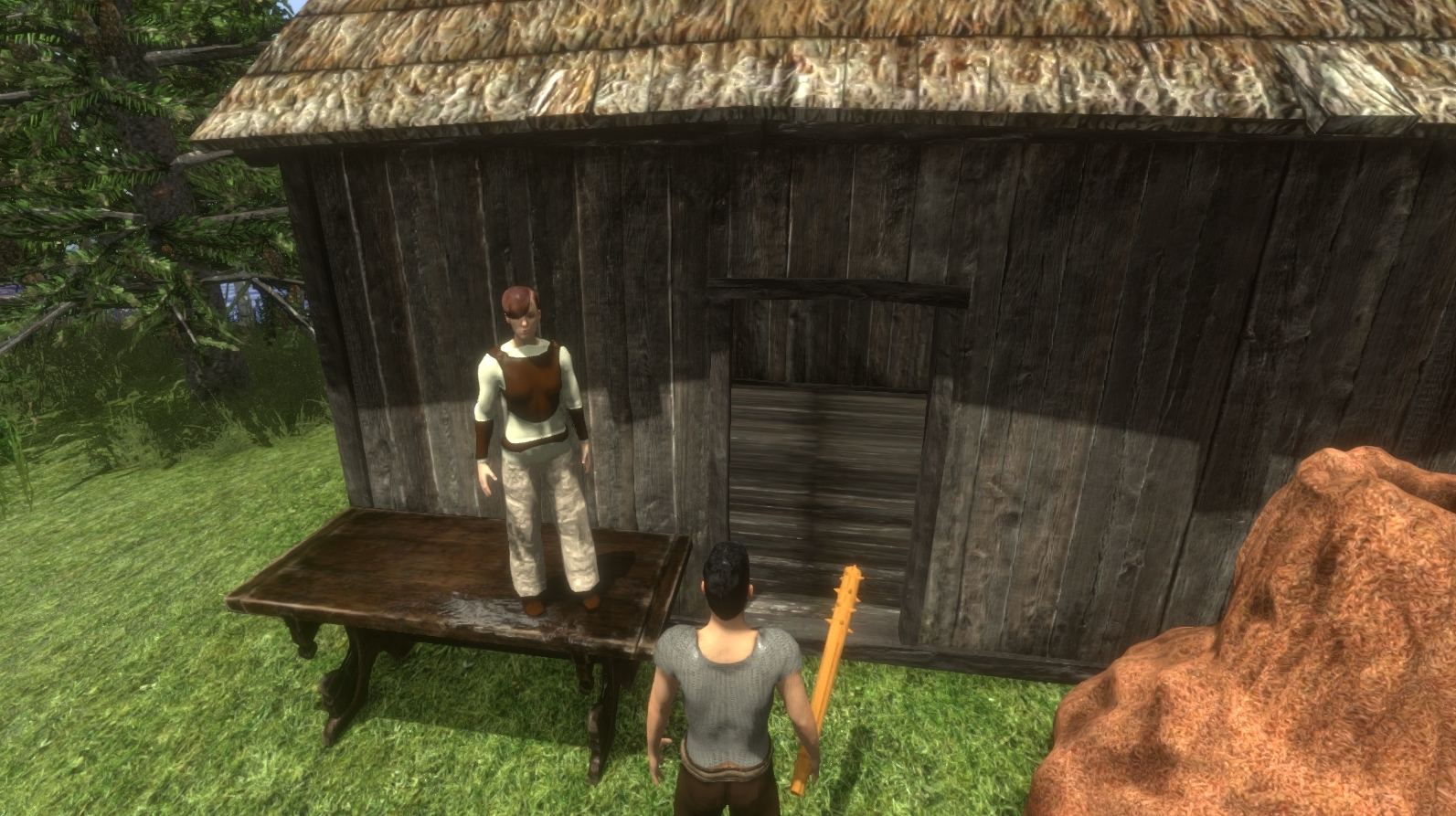 And this is how a wool set looks like.

Unfortunately, not many games pay enough attention to the gestures. They don’t have much practical value, but necessary for the fans of roleplaying. They are able to display the character's emotions or create the necessary atmosphere. 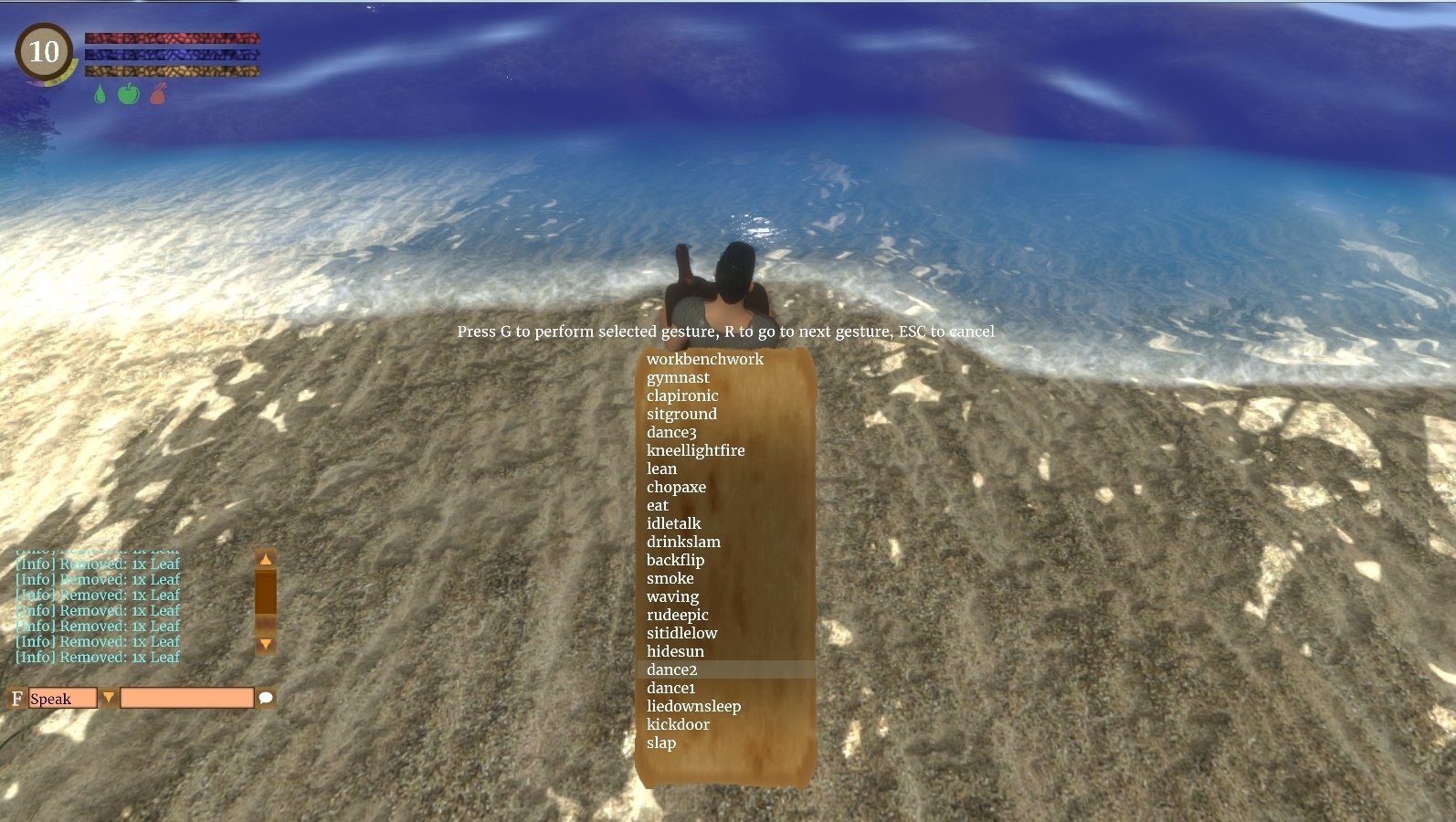 It is simple. Just 3 buttons to manage gestures. G – open gesture menu/play gesture, R – next gesture in the list, ESC – close menu. But… We have over 80 gestures already and this number will grow over time. Most likely they will be divided into groups. 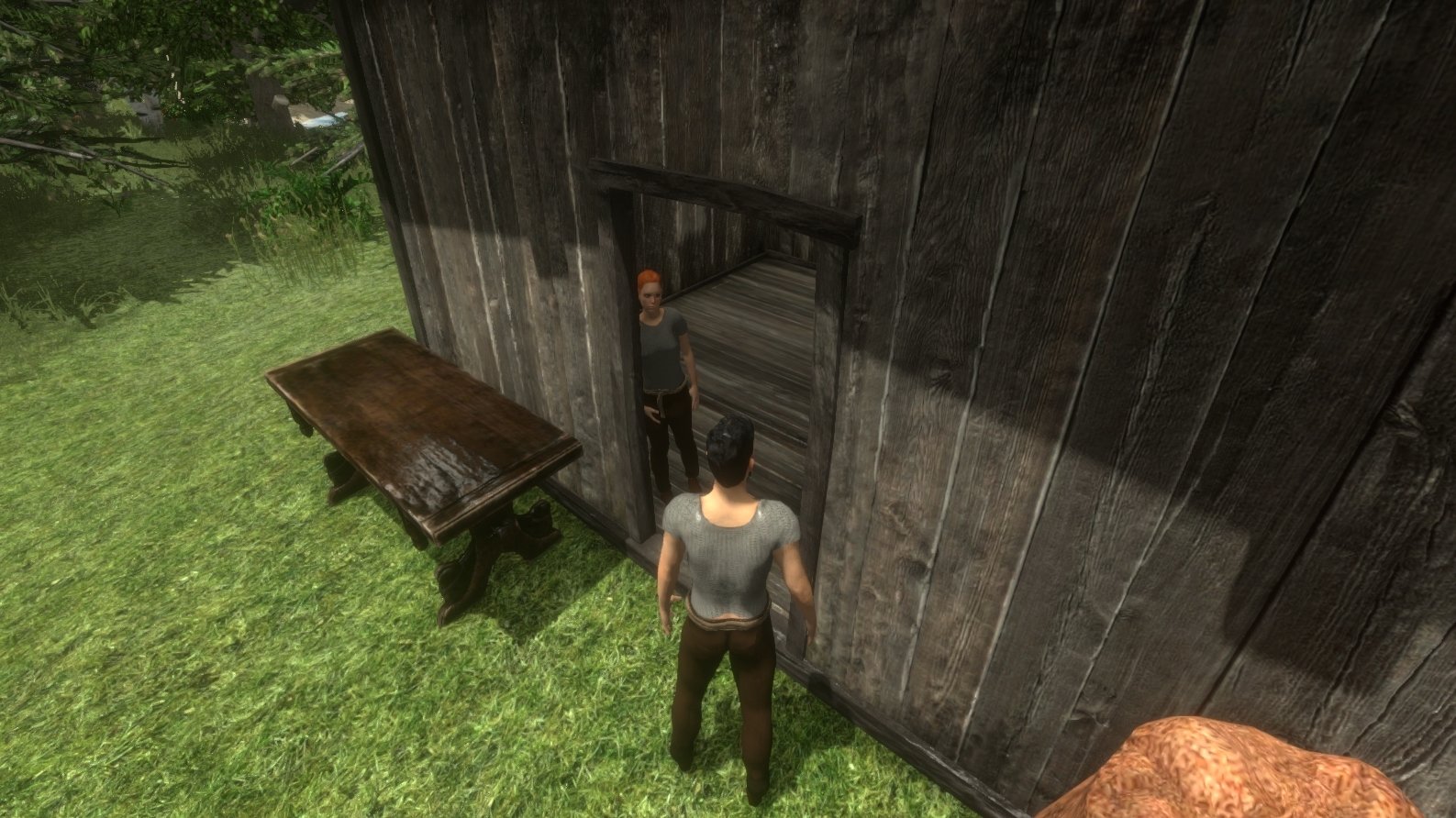 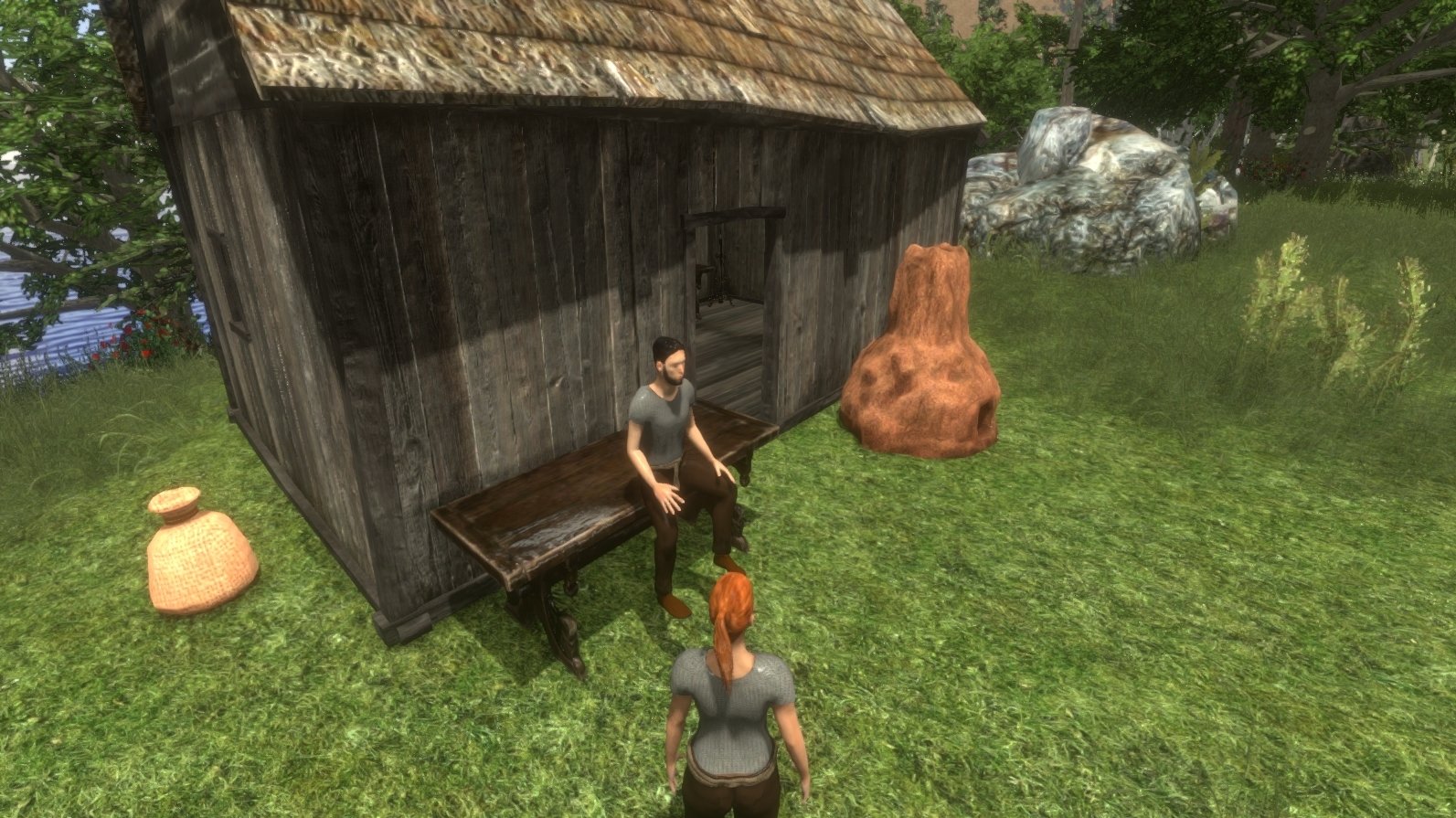 Sit gesture. Actually it does not forbid doing something else while sitting. Eating or smoking, for example. 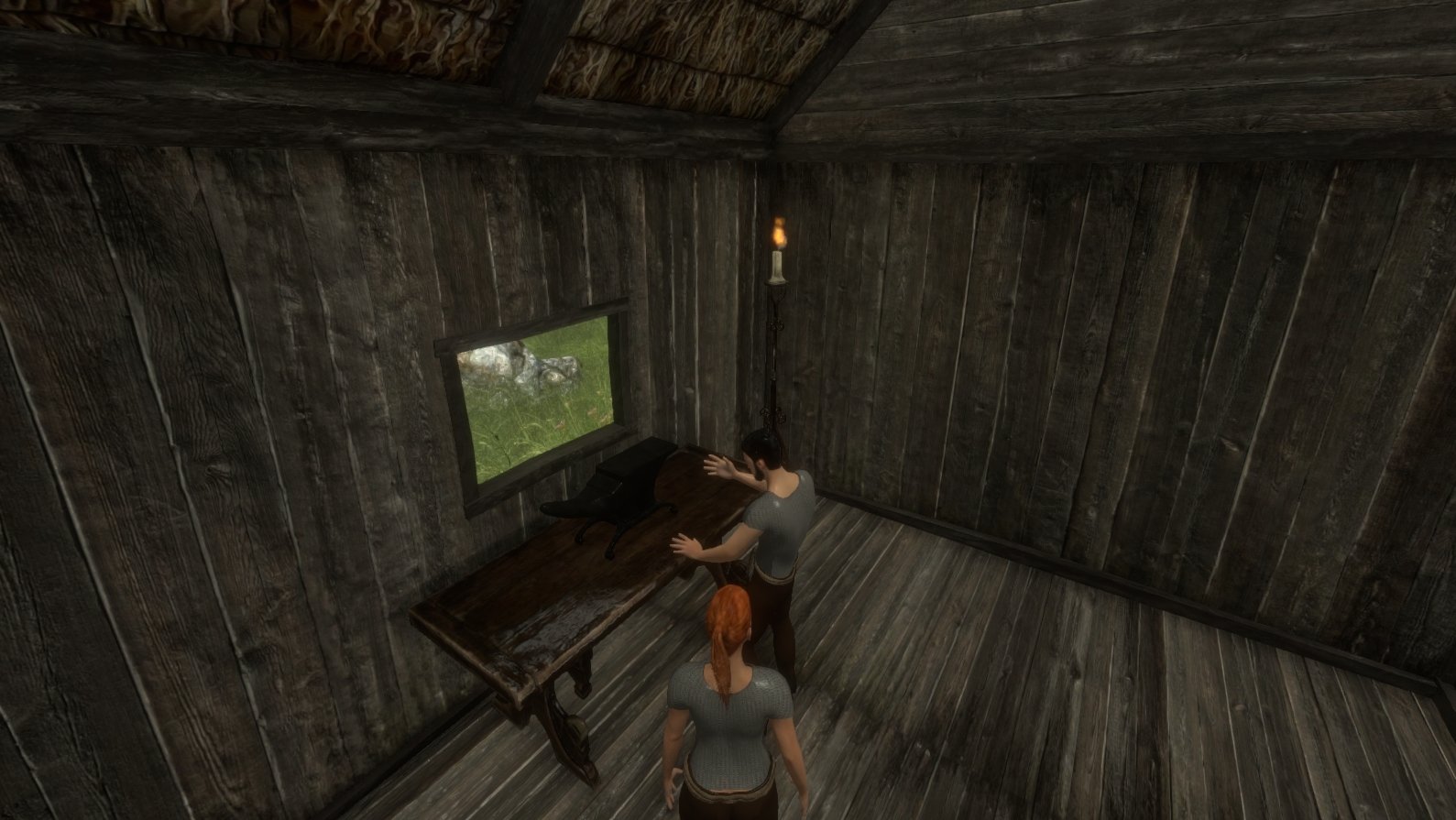 Working at a workbench. 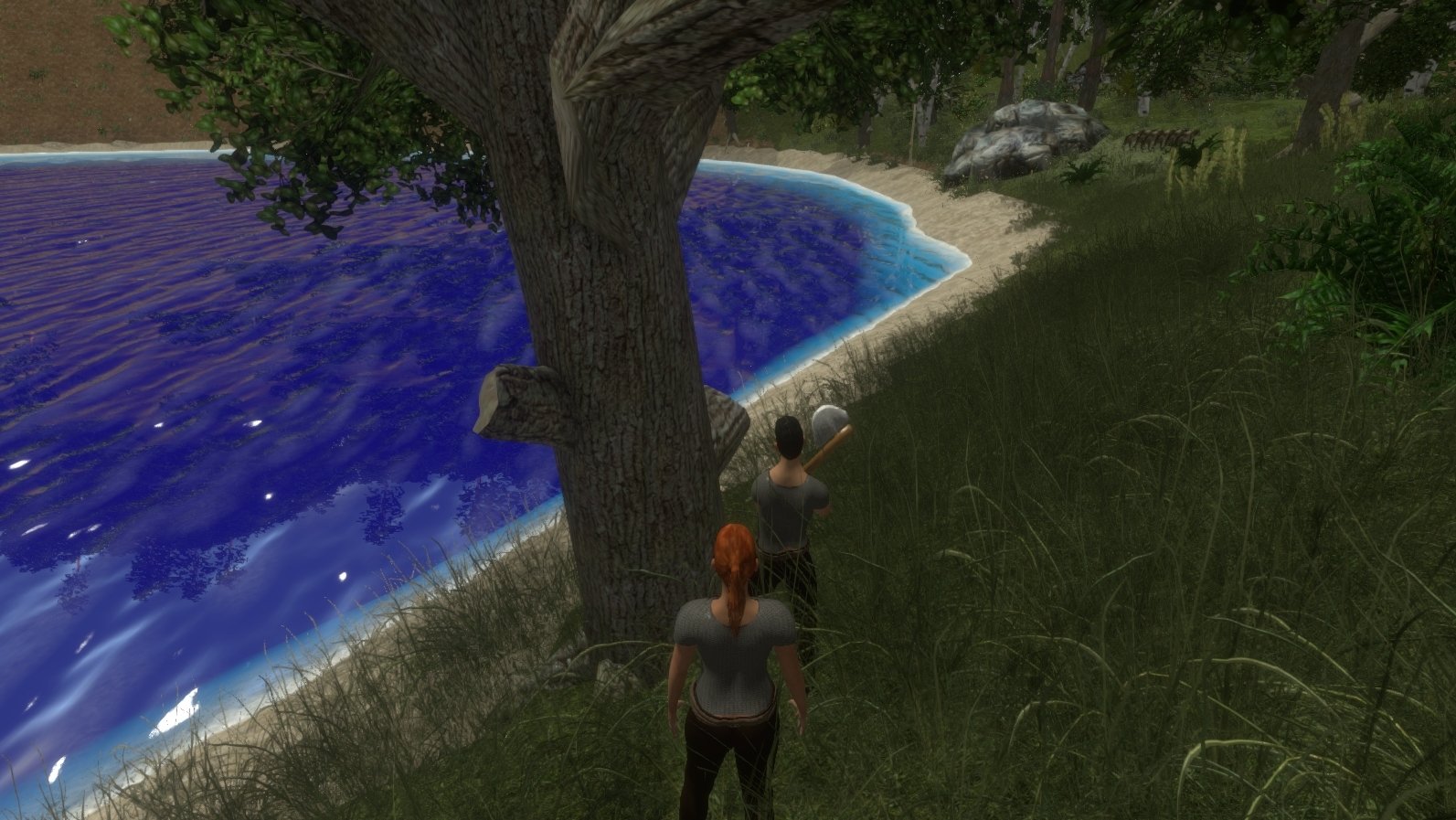 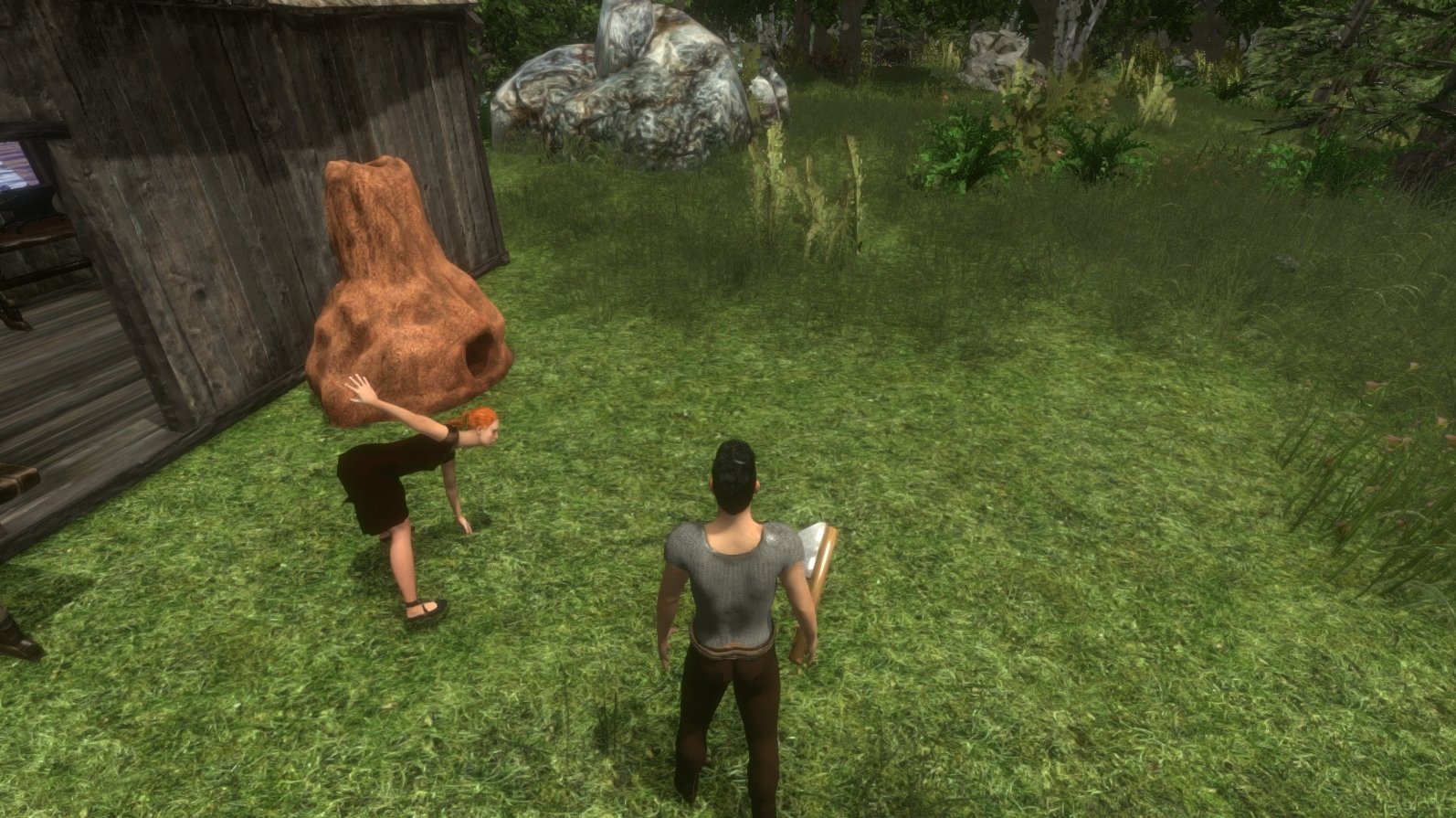 The girl is dancing. 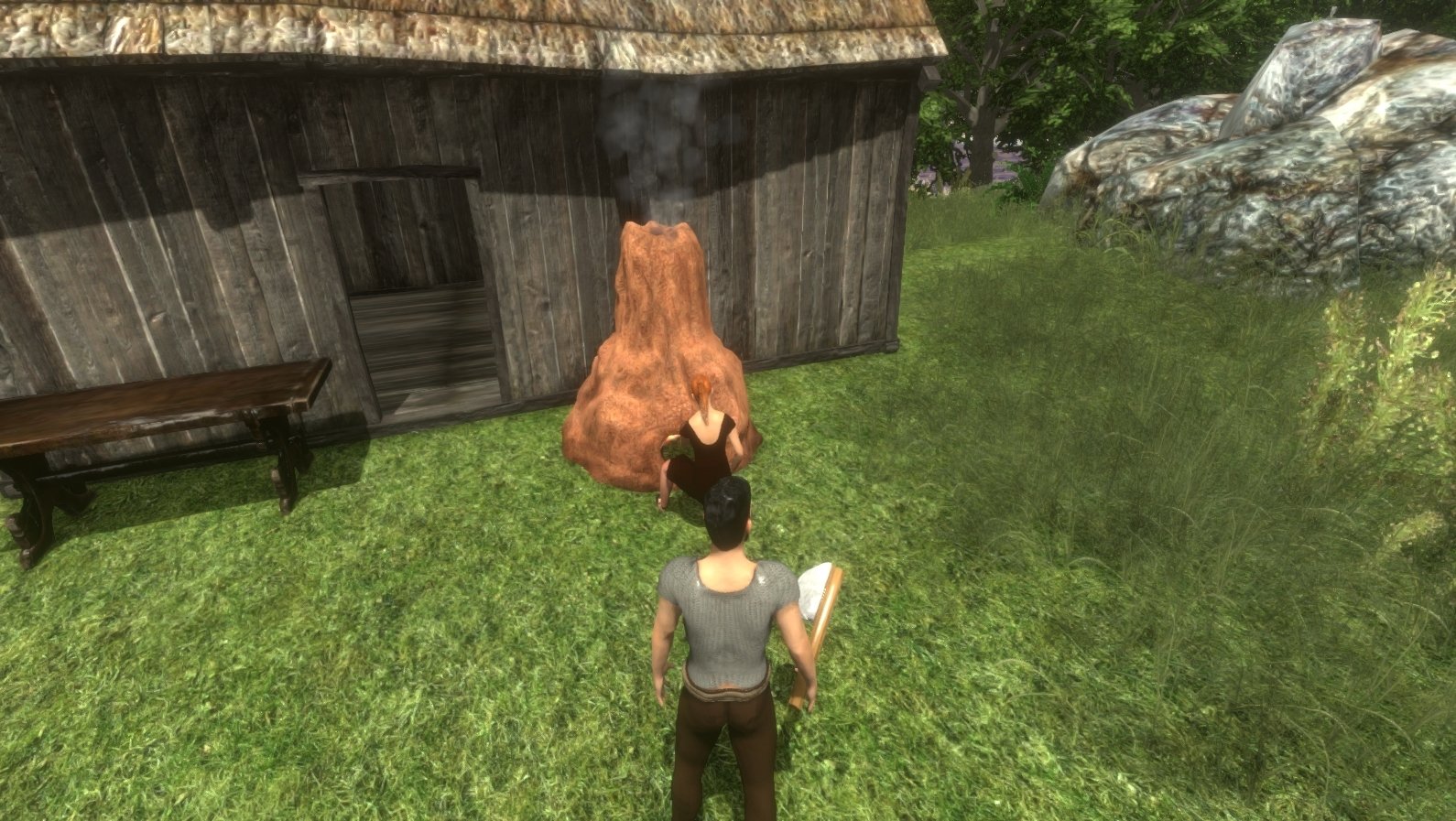 The girl is working at a bloomery. 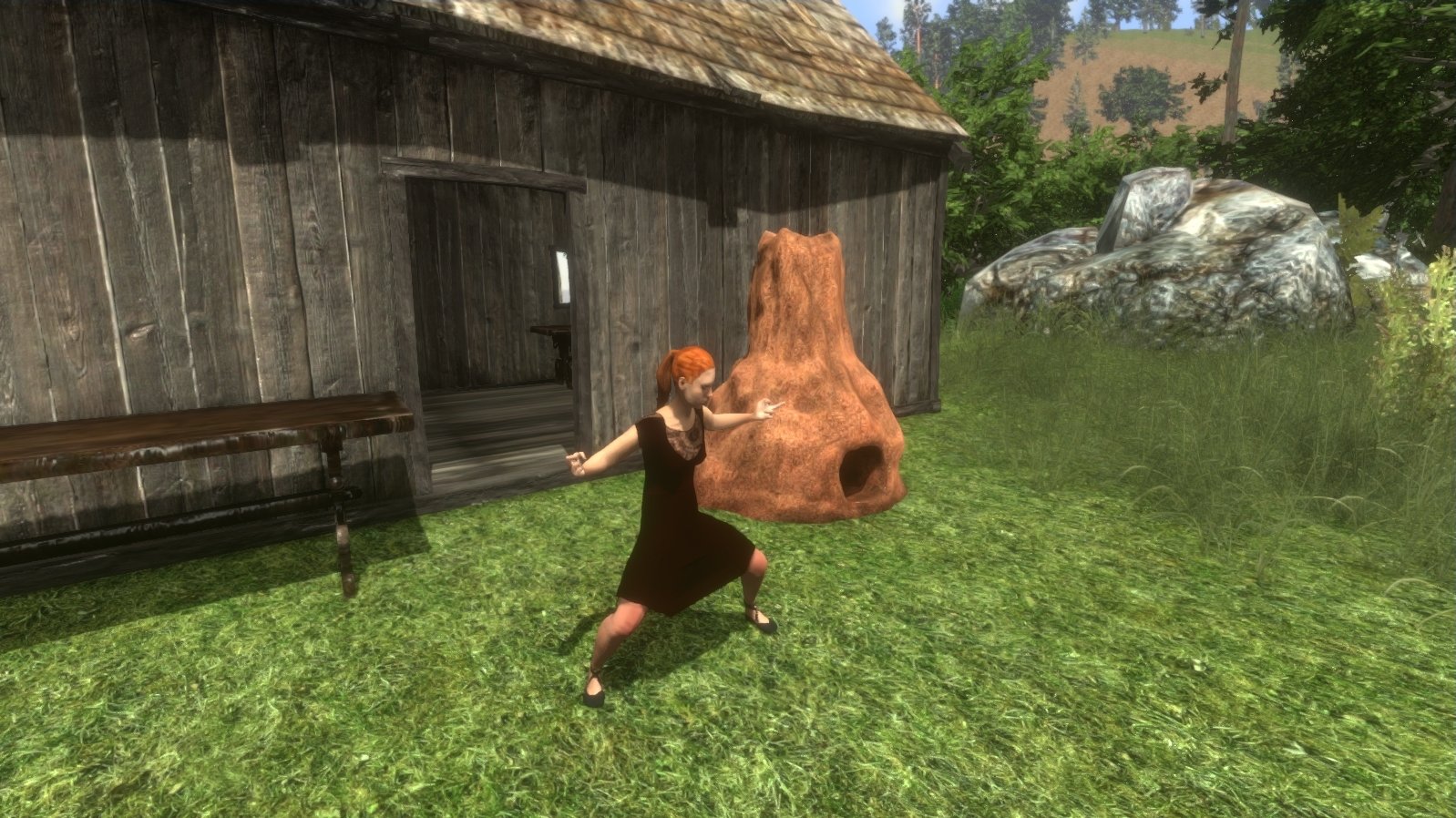 The girl is tired of work, and she is showing a rude gesture.

Autumn is coming soon. We are planning to release demo version somewhere in autumn as soon as faction system, looting and some extra challenges are ready. Also it depends on interest and feedback from potential players because we need to know the game is pretty ready even for closed testing.

Also I know that my knowledge of English leaves much to be desired. And those who used to help me with this are now busy. If there is a willing person who would like to develop this game, he could work with the text. Details on the site or simply PM me here. Also you can read the game's promo page to get information about game in 2 minutes.

That's all. Thanks for reading =).

Description of finally added containers and put/take items mechanics, notification system as a replacement of the tutorials and good tips provider, screenshots...

Description of a new long-term module Tirdar and the screenshots of new plants and objects.

Quests and Main Quest Chain, Optimizations, Module system. Does the game have an ending?

Thanks! Soon it will be mindblowing.