Caution! Platforming Ahead is an obstacle filled platformer featuring challenging, bite-sized levels. The obstacles begin with pitfalls, tricky jumps, and basic enemies before quickly introducing a variety of platforming tropes that pay tribute to the genre. Players must simply reach the exit at the end of each level, however, they must first open the exit by collecting the stage's exclamation point. These exclamation points are placed in challenging positions that will satisfy platforming fans. Gamers can expect to discover unlockable content and achievements as they play Caution! Platforming Ahead.

I’m back for the third time since starting this series of devlogs to give you an update on the progress made during the past few weeks. Today, I’m going to give you a small inside peek at how I’m designing and expanding levels, as well as introduce you to some new game elements.

One of the first tasks I have to complete before I develop new levels is to expand the game’s current 100 levels. I’m going to show you the level I worked on today. That would be level 4-2, the 32nd level in Caution! Platforming Ahead. Below, you’ll see how this level looked before I announced the changes that were being made to the game. 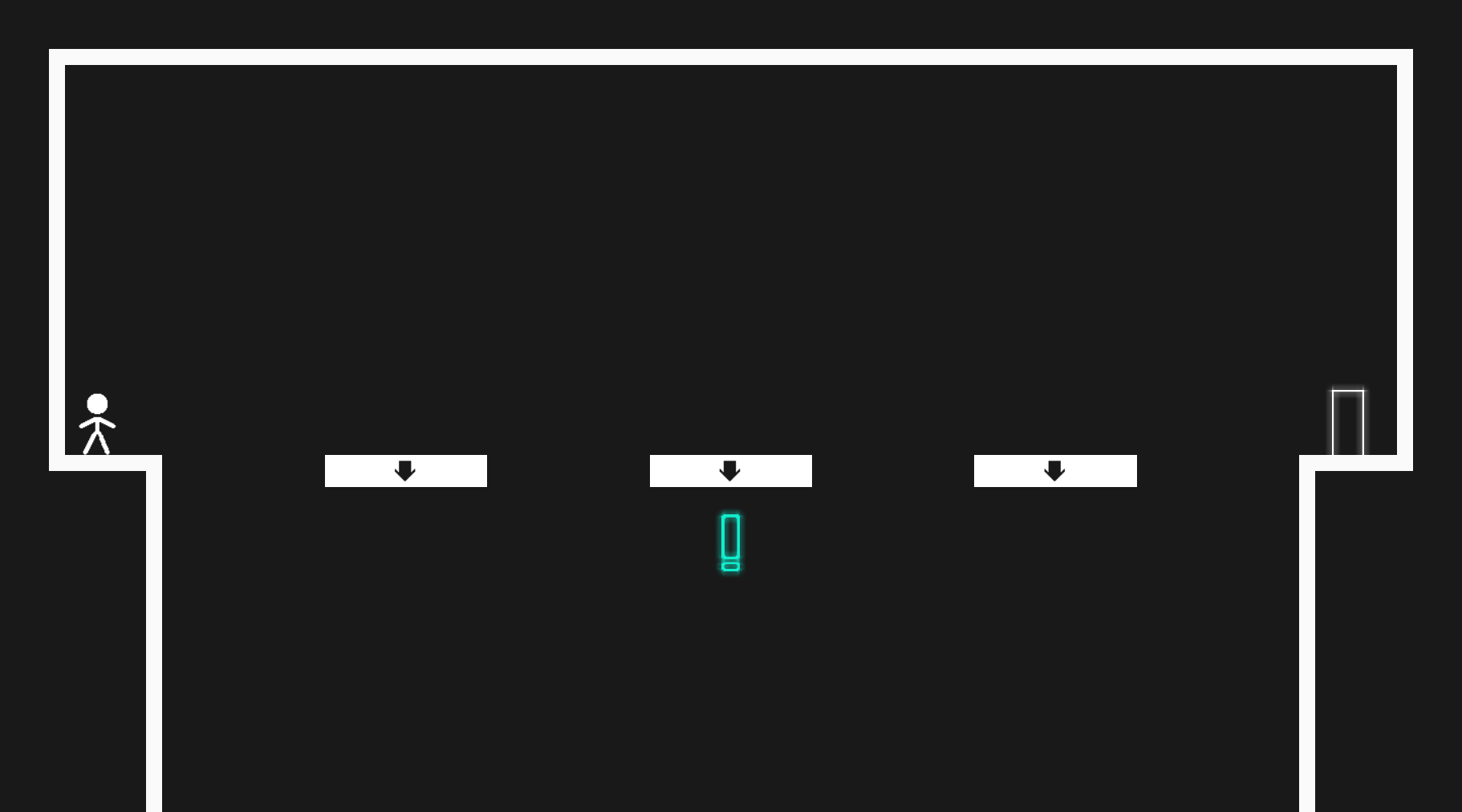 Initially, Caution! Platforming Ahead consisted of single-screen levels - back when the game was being developed for the Wii U eShop - that each focused on a particular concept. This level is part of the 4th set of levels that showcase falling and rising platforms. For this level, the idea was to remove the ground beneath the players feet - hardly an original idea - not counting the starting and ending platforms. The player must make their way across three falling platforms before reaching the exit. Most players would be able to clear this stage in 3-4 seconds, which is the main reason I’ve decided to expand the game’s levels. Most levels were actually similar in length and would take an experienced player little time to beat. This ultimately meant the game would probably take around 20 minutes to fully complete. I wanted to beef up the game, giving players a reason to play for much longer than that.

You’ll also see an exclamation point floating beneath the second falling platform. These exclamation points were included in each level to give players an extra challenge, the goal of which was to add additional value to the game. I’ll come back to that a little later in this devlog. 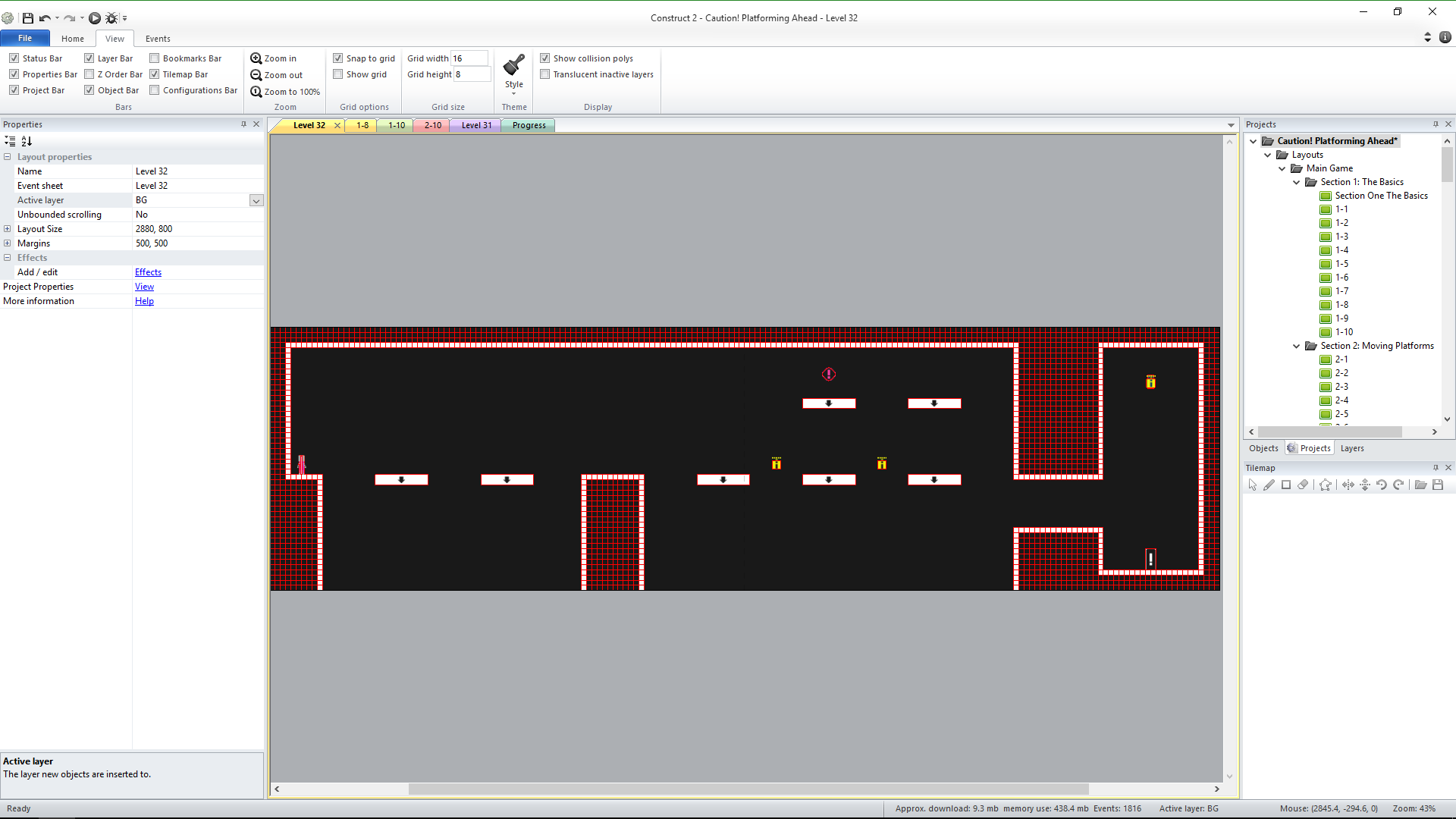 Now, the stage is twice as long as before and is broken up into three different sections. The beginning section of each stage is usually quite easy, especially during the early portions of a level set. This is done to help teach the player what skills they will need to complete the level. Then, a small platform is offered to give the player safety before entering the second section. Usually, the second section is the most challenging portion of the level. Here, the player will have to cross a chasm with three falling platforms, however, two Patrol!bots are added to increase the challenge. An additional challenge can be seen here, as well, but again, more on that in a moment. Lastly, the final section of each level features the level’s exit. This section is usually not as challenging as the previous section, but a level of danger will sometimes still exist. These rules are mixed about in some levels, but each level will generally follow this rule. 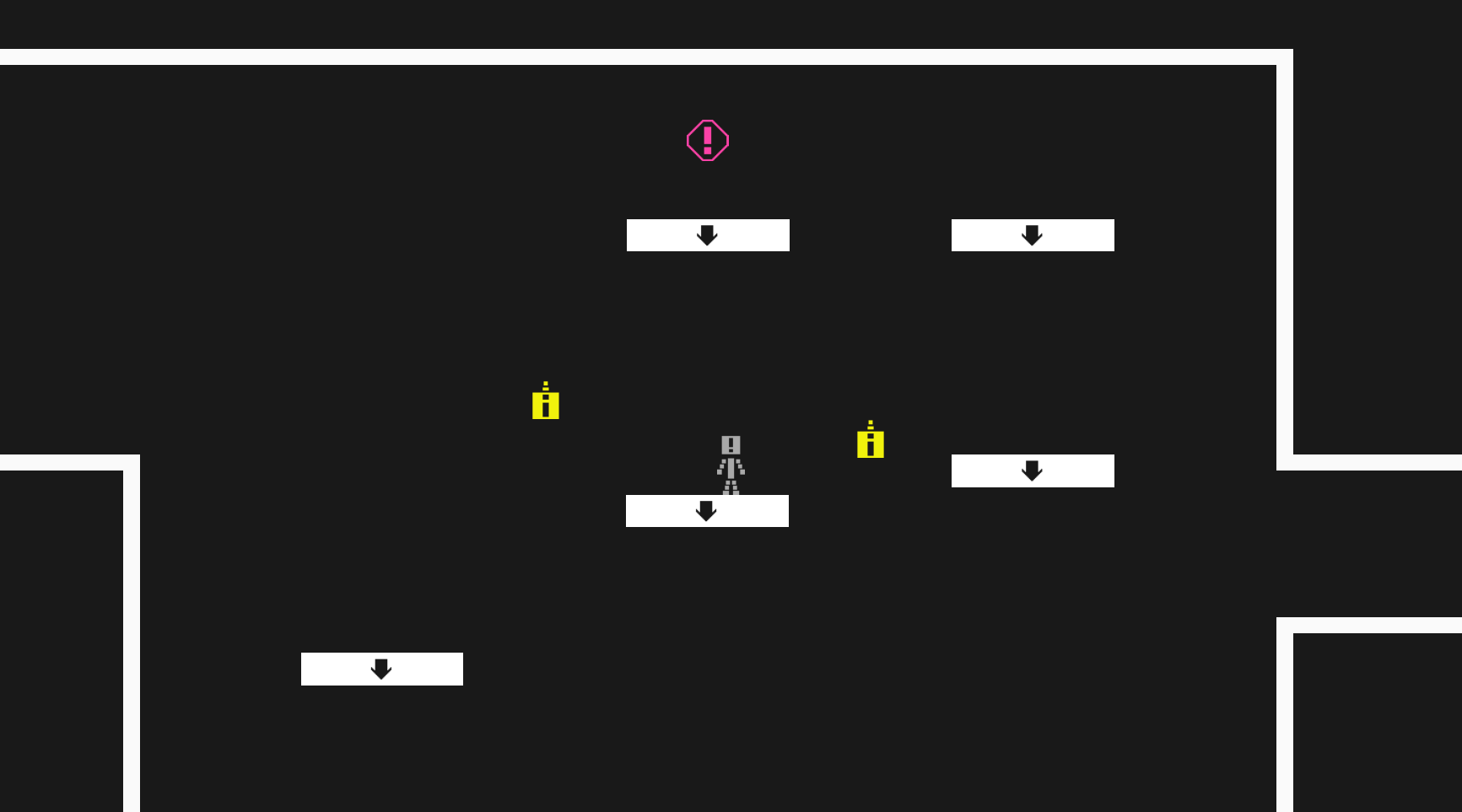 Challenge Tokens are an old, new addition to the game. As seen in the first screenshot in this devlog, they did sort of exist during the early game. Their function was later changed to "unlock" a level’s exit, however, with the size of each level expanding, I thought it would be a good idea to bring these additional challenges back. These challenge tokens are placed in areas that will be harder to access - which will most likely be found during a level’s second section - but ultimately reward the player in the long run. 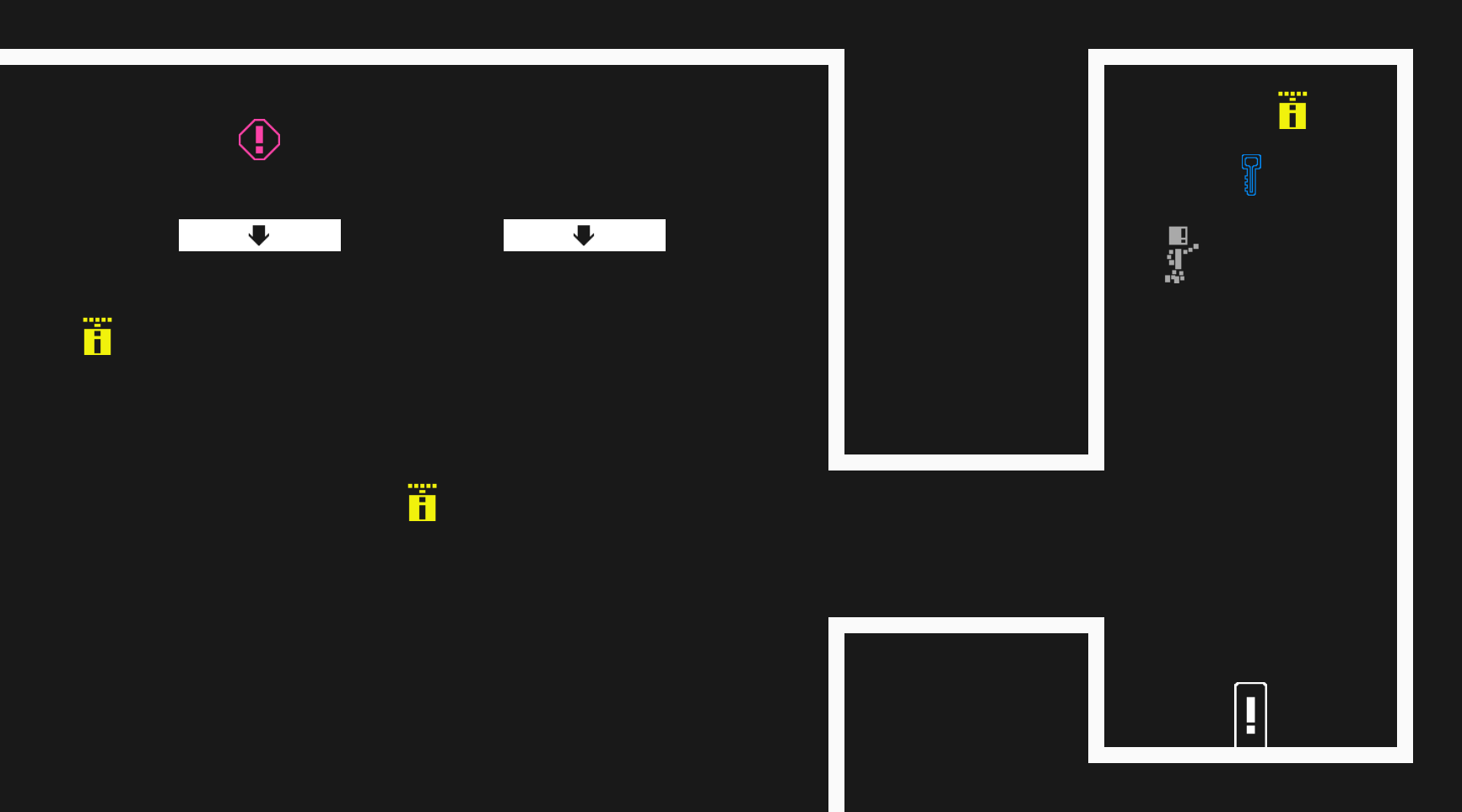 The last change I’m going to write about is the Level Key. Now, this did already exist in the form of an exclamation point, however, I felt it was time to ditch that in favour of a key I designed early in the game’s development. I was initially sitting on this key design, but felt it fit this game’s aesthetic well. The majority of the game’s keys will be found in a hard to access place, however, in tougher levels, players will come across these keys while making their way toward the exit.

8 levels have been completely redesigned since I posted the last devlog. This is 40% of the game’s "main" levels. I will continue working on the 4th set of levels over the next few days and hope to report back next week for another devlog post!

Hello again. It's been 28 days since I've last posted about Caution! Platforming Ahead. I've been meaning to get this devlog out sooner, but the holidays...

A devlog introducing two enemies to Caution! Platforming Ahead