Web, Windows, Mac, and Linux builds of version 3.0a are up! New paw controls, toon shader changes, and other fixes.

The newest alpha build of the game (3.0a) is now live! Play it online at www.catlateraldamage.com or download a standalone version and let me know what you think. There are new paw controls, toon shader changes, and other fixes in this build. I've created a Google form for feedback, which you can fill out here. Here's what's new in this build: 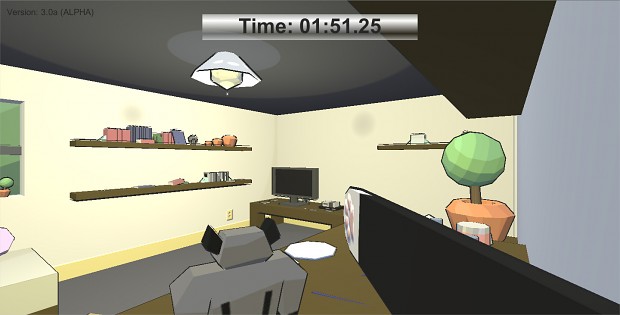 + Added another horizontal swipe
+ Created a bump-mapped, lighted, outlined, toon shader from existing default shaders
+ Added new GUI, added new logo to new GUI
+ Created Windows, OS X, and Linux builds (future releases will have these as well)
* Reworked everything into a new Unity project rather than using the original 7DFPS one
* Fixed player jump; pressing the button does a short jump, holding it does a higher jump
* Fixed player sticking to walls
* Tweaked some paw and object collisions
* Tweaked the toon shader ramp
* Updated paw model
* Updated paw texture to be tuxedo instead of white 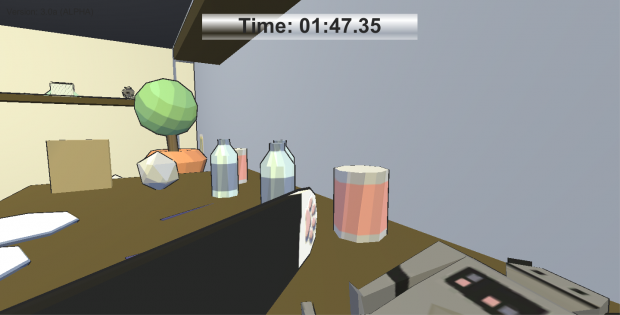 I'll be polishing this build a little bit in the coming week with the goal of submitting it to the PAX East 2014 Indie MEGABOOTH, so stay tuned!