Catlateral Damage is coming to Steam! There is no release date set yet, but I will continue to post news and new build info here. You can play the latest build of the game at Catlateraldamage.com!

Since the game went viral a few weeks ago, I've been reading through the feedback and prioritizing the new features I want to add. This build adds several small, easy to implement features that should make the game feel better to play! There's also a secret addition in this build, so that might be neat for some people to discover. ;)

Here's the release log for v4.1a:
+ Added a crouch jump to replace the previous “moon” jump
+ Added an options screen with Invert Y-Axis, Mouse Sensitivity, and FOV settings
+ Added a Free Mode without a time limit
+ Added a Time Trial mode
+ Added new title screen and pawse menu GUI
+ Added preliminary Xbox 360 controller support
+ Added (hopefully) better placeholder sound effects that don’t hurt your ears
* Tweaked the room layout so that everything is more accessible when just using basic controls
* Changed the point values on objects (now calculated based on object value and height)
* Adjusted the mass on various objects
* Turned down volume on audio sources
* Made some changes to the player controls
* Fixed an issue where the player would jump higher when next to walls 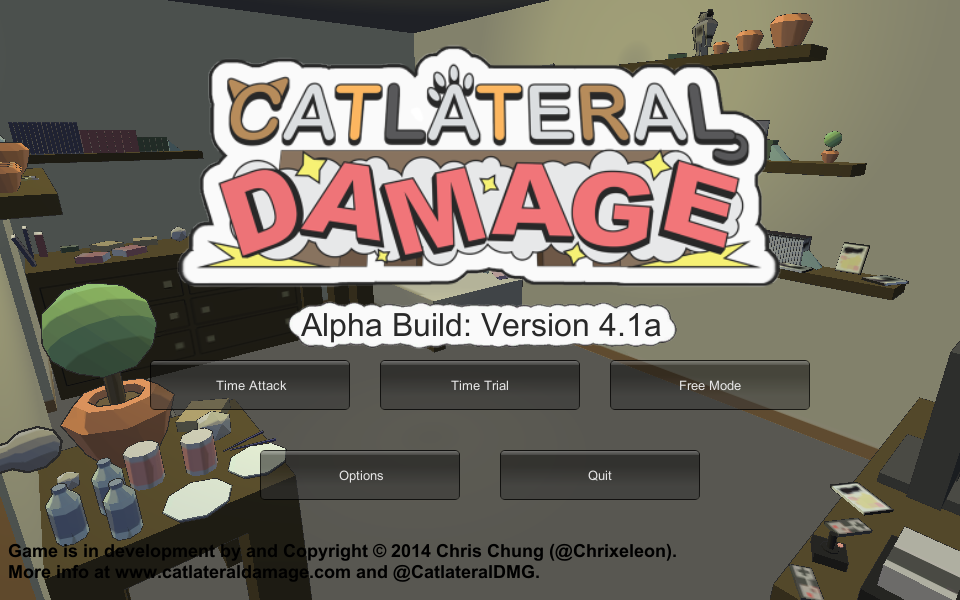 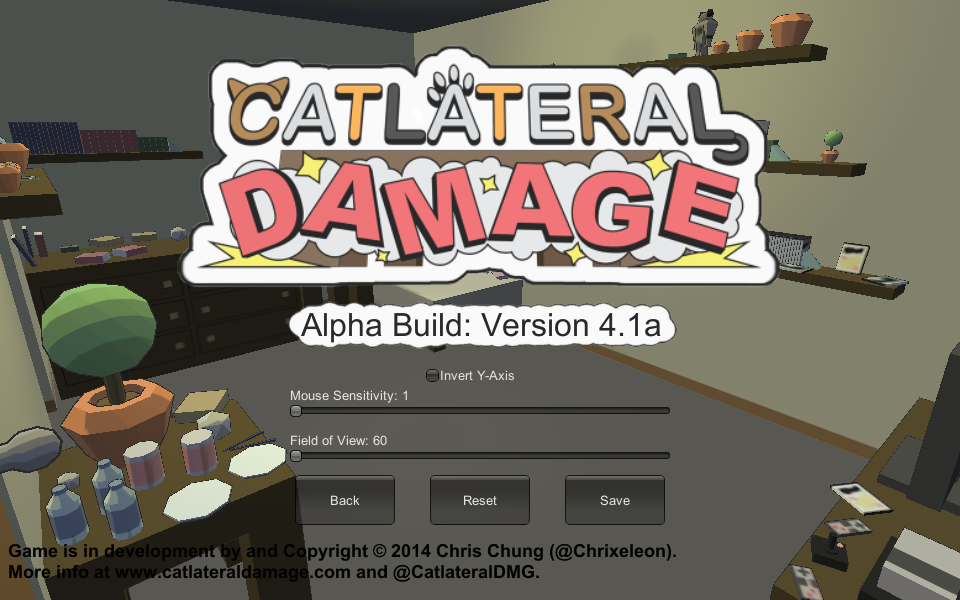 Thanks for all the support so far! I can't wait until you can get the game on Steam. :)