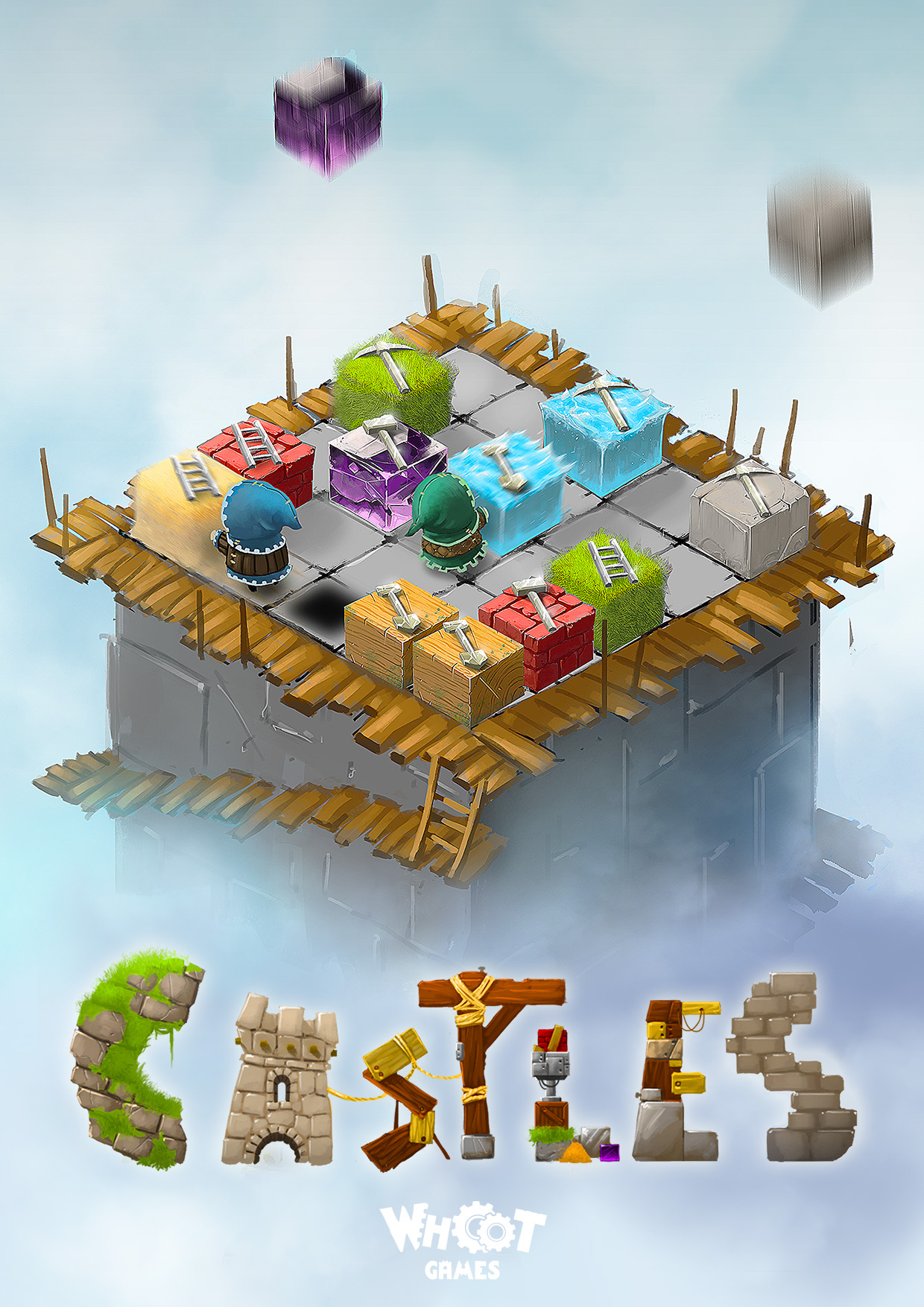 Castles is a puzzle game with high doses of action in which you take control of an engineer who must gather materials and tools in order to build the tallest tower ever made. The task will not be easy, because you will face weather changes, construction problems, sieges and huge enemies sent by the jealous neighboring king.

- Play alone or with a friend
- 3 game modes: Story, Survival and Versus mode
- Choose from 4 different characters to play
- Incredible battles against giant enemies that try to destroy your tower
- More than 50 levels of gameplay in story mode
- Inclement weather that changes the gameplay (rain, fog, snow, wind, cycles of day and night ...)
- You can see how the village will grow as you climb the tower levels. Unlock buildings and the appearance of your characters, and watch proudly as King Harold’s City thrives.

Once upon a time, in a far far away kingdom, there lived a King called Harold. One day, reading the “Travel” magazine before going to bed, he fell in love with the “Wonders of the World” article and how the Aqueduct, the Pyramids and many other monuments brought glory to its kingdoms.

Election day is close, and something big, really big, must be announced. King Harold decided to build the tallest tower ever seen, so the kingdom’s best engineers are summoned.

Things won’t be easy, our fellow comrades will have to fight against adverse weather conditions, tight deadlines, construction flaws, and a jealous king determined to make our friends, the engineers, fail. We will have to defeat his minions and crazy machinery if we want to finish the tallest tower ever built.

Will you be up to the task?

Up to two players have to match rows of 3 or more blocks with the same color or tool. The players don’t control blocks, instead, they control the engineers, which makes for a very different game experience.

The whole game takes place in a 7x7 block grid, in which the perimeter is limited exclusively to the character movement. Blocks will fall from above onto the central 5x5 grid, where the players have to push and pull them in order to make combinations.

If you complete the level goals, the tower grows taller. As it grows, different challenges in the shape of weather effects or enemies will get in the way. These challenges will be randomly generated, so you’ll never play the same game twice. In Castles, you lose the game when the 5x5 grid is filled with blocks.

Play the Adventure mode to follow the story and defeat Kind Edmund, or the Survival mode where the challenge is to build the tallest tower. If you want to play against a friend you could try Battle mode, where each player builds a tower and tries to ambush his opponent.

Get it on Steam!

Castles, our little baby developed in Whootgames, in asociation with Badland Indie has gone one step further into getting published, yesterday it got into Greenlight, we are very happy and hope to be up to the task.

Help us reach Steam through voting on Greenlight!