Candy Car Crush 3D : Zombies - super unrealistic, mega unique, extra crazy car vs zombie action game! It's zombie invasion time, it's zombie apocalypse! You only have your candy car and you have to fight for survival! First time the game was made for Candy Jam 2014, but updated later!

Candy Car Crush 3D : Zombies was made for Candy Jam 2014, but we will keep working on it to add more content, gameplay and fun, in the future. The game got first short review from Indie Static, and we are very happy about that! 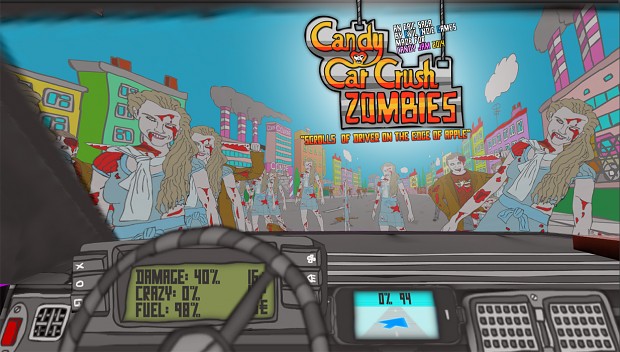 "We’ve seen the image immortalized in film countless times. The rotting, bloody corpse of a zombie splattered against the hood of the last remaining vehicle available to survivors of the zombie apocalypse. Candy Car Crush 3D: Zombies channels that iconic scene into a simple Sunday stroll, somewhat inhibited by the hordes of monsters congregating like there’s some sort of protest happening. The hand-drawn graphics lend an element of hilarity to the proceedings, particularly when coupled with the heart wrenching song about a couple’s marriage literally falling off the bones playing in the background.

With a limited amount of fuel and damage you can accrue, you’ll have to gather hidden candies to score some cash that can be traded in at a mom-’n'-pop store doubling as a fantastic car mechanic that applies handy upgrades. Now go out there and help clear this town for the ensuing parade, where candy is never in short supply."

Great! You can read full story on their webpage: Indiestatik.com 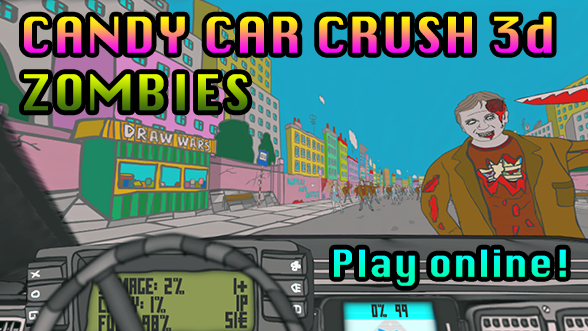