Can we go Back?

An emotional game that talks about the topic of schizophrenia

Can we go Back?- Game Designer process

Since the focus of the game is a sensitive topic, we wanted to make gameplay that was appropriate to the situation. For that, we think of several ideas, some of them were discarded which as well as some puzzles, which consequently drastically changed the gameplay.

The various ideas of mechanics for the game was téléportation, Push-pull, Cane (by placing the cane in the right spot the player can move from a side to another creating a bridge), and the Spirit (that activates itself in a certain part of the level when the old man is hallucinating. His environment changes too and it leaves the body in the form of a spirit/spectrum/soul. Then you see a different way, in which you have to solve puzzles, get medications to advance. It is as if it was blocked in another dimension. The character also walks more slowly.

Mechanics of the game
After all, we have kept the Spirit mechanics that we call: "Unstable form". Because that occurs when we are in a phase of instability with the disease in the game. the other mechanics in the game much simpler as jumping, walking, and interacting (with the collectibles that we have in the game, the pills, which we'll talk about in the next article). 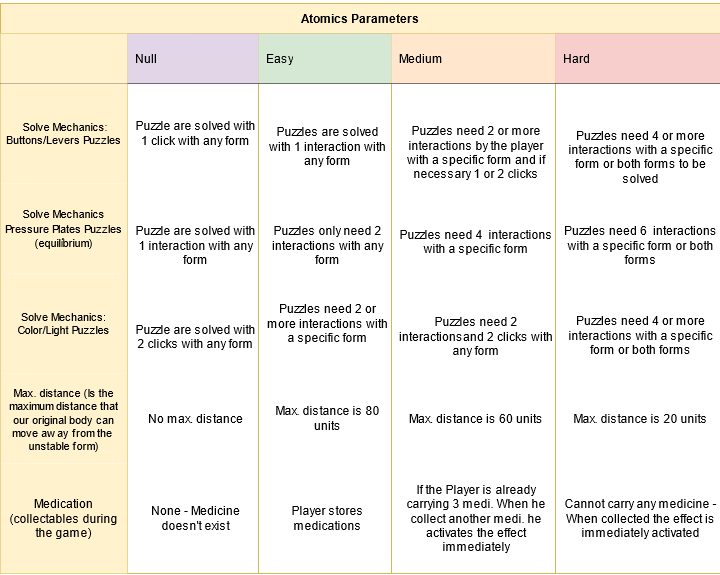 Our Level one was originally very small. Then we changed it to be a bigger level, according to the type of game, which is a platform game. Regarding the platforms in the game, we will have 3 types, the fading platforms, the moving platform that goes from top to bottom or to the sides, and the platform balance that act as a scale.

Can we go Back?- Game Artist Process 2

Can we go Back?- Game Artist Process 1

Game Artist Process: Backgrounds and Environments of the game.

Can we go Back?- Game Programmer Process

Can we go Back?- Game Artist Process 3

Indie
Tags
Embed Buttons
Link to Can we go Back? by selecting a button and using the embed code provided more...