But to Paint a Universe

A puzzle game, telling the story of a little girls struggle to restore a broken sky. Play through a diverse adventure, where the rules change in every level, or test your skills in the puzzle mode, competing with both on and offline scores. Enjoy a wonderful aesthetical experience, and get lost in the world of But to Paint a Universe.

Link to the article 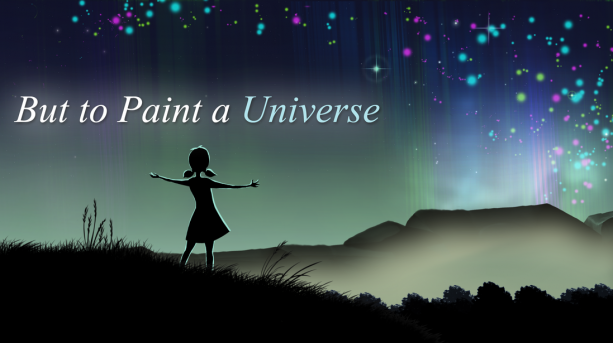 Marten Jonsson has teased his next puzzle game, But To Paint A Universe, oh and it has a beautiful story to tell so sit on the mat and cross your legs and we’ll begin.We’ve been charmed by Marten Jonsson‘s games a couple of times beforen though we always saw room for improvement – case in point, our reviews of Star Sky and Melodia. His latest title, But To Paint A Universe, immediately hits us with a sense of better quality though and it’s certainly painted with a different brush.The teaser trailer that has just been released showcases a puzzle game, potentially of the match-3 variety but knowing Marten there’s more to it than that. We do know that But To Paint A Universe will come with two game modes though, the Adventure offering players a diverse set of puzzles to solve with some sense of a narrative while the Puzzle Mode is just a gameplay focused challenge giver.

The thing that has really caught our eye about the game is everything else supplementing the gameplay. In short, there is a fairy tale surrounding the game and some fabulous illustrations. The game’s prologue which you can view below takes us straight back to our infancy when we had to collect mats to sit on during story time in class – it’s lovely!


But To Paint A Universe will be released this Spring and will be available on Windows and iOS devices. More information on the game can be found on the official website.

Holy **** the colors really drew me to this game....(the narrative & title of this game tells me your my kind of developer)

Tags
Embed Buttons
Link to But to Paint a Universe by selecting a button and using the embed code provided more...

Just Beneath The Skin Cinematic