Burnstar is available on Steam!

Burnstar is a challenging, fast paced action-puzzle game that puts both your brains and your finger-brains to the test! Use explosives to incinerate the worksites and installations of Evil Inc., an appropriately named corporation intent on ruining the homeland of Burnstar and his friends! Blaze your own trail, or play Co-op for some friendly fire!

In each level of Burnstar, you must figure out how to use your limited number of explosives (bombs and rockets) to cause maximum property damage to Evil Inc. and collect enough precious stars to unlock the Big Star that completes the level. Sound simple? Just wait until you’re surrounded by fire, spinning saw-blades, crushing spikes, incinerators, lasers, and more!

Seriously, why does Evil Inc. even have things that exist solely to crush whatever’s in front of them? That’s evil.

Crates explode to set their neighbors on fire, and flammable goo helps keep the destruction going. Only the best armchair arsonists will have what it takes to burn everything, collect all the stars, and do it quickly enough to earn a Gold Flag. Gold Flags are the only way to unlock Secret Stages, so get burning!

Burnstar has released on Steam! 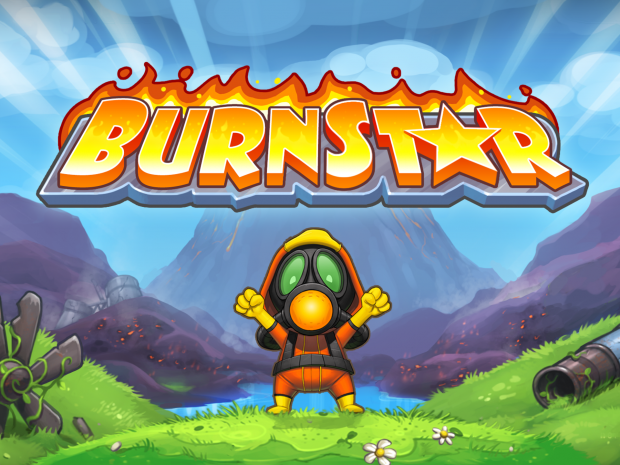 Burnstar has finally been released on Steam! We're excited to have Burnstar released. It's been a long road and we made it! Thank you for all the support and I hope you are as excited to play the game as we are to release it!

Burnstar is an action-puzzle game where you collect bombs and rockets, make a plan of attack, and then execute it through setting off strategically placed explosives while dodging all the explosions, fire, and other hazards!

The game has over 60 carefully crafted levels, boss fights, and 25 unique hazards and gameplay elements that combine to create devious puzzles.

Set your arsonistic side ablaze and go set some fires with the Burnstar crew on the quest to rid their island of Evil Inc! Go buy the game now!

We'd love to hear from you about the game! Comment, post, send us a tweet, or email! Also, keep an eye out for future news and updates as we have more planned in the future for Burnstar! 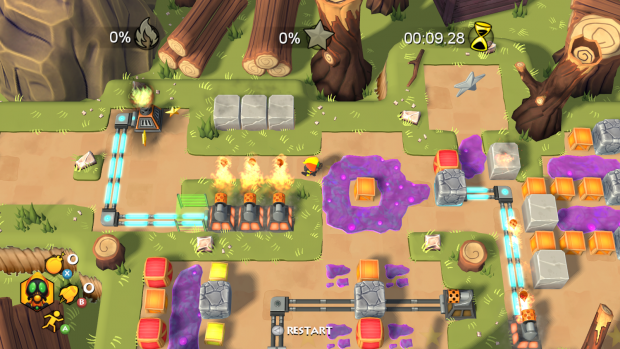 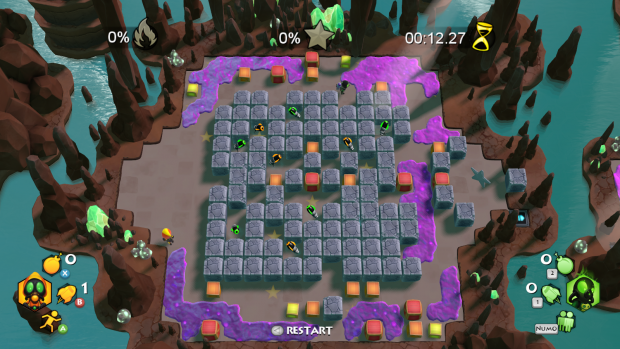 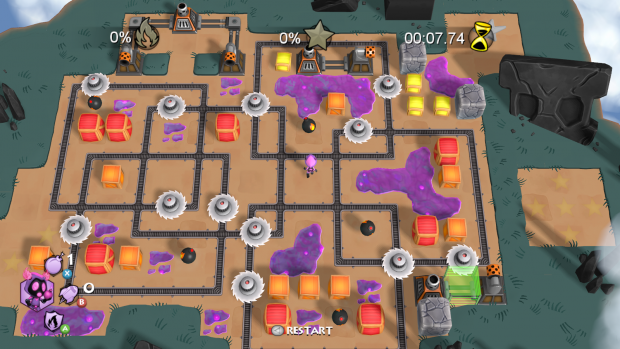 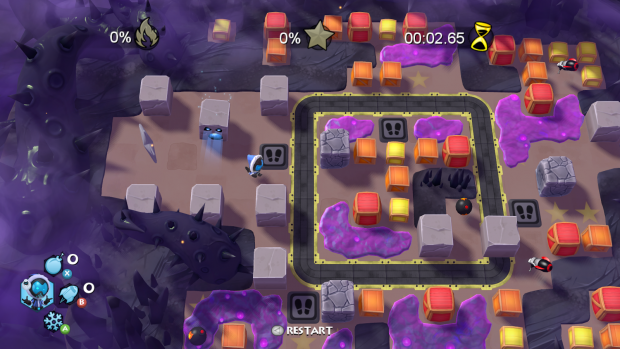 The backstory for the setting and characters in Burnstar. Learn about Evil Inc., their operations on Fairway Island. Discover how Burnstar, Ember, and...

Things are heating up!

Burnstar lives! While we’ve had to focus on other work to pay the bills, development on Burnstar continues in spare time and off-hours. A lot of progress...

In this DevBlog we talk and show how the art in the Labs Environment has been progressing.

well the game looks just great.. but i am not so sure is mixing action and puzzle a good idea. Those too attract totally diffrent audience. So when you are trying to reach for both you might end up with none.
Of course its just me talking air, till i'll be able to actually play that thing.

Looks definitely awesome. Tracking! Is there any point in hoping for a GameStick or OUYA release?

Don't give up on Multiplayer PvP totally. We've tested a sort of FFA multiplayer in house, and it's something we've discussed coming back to to polish. We don't have network support outside of local co-op just yet, but there isn't any reason down the road we couldn't add it.

Have you tried the demo yet to see how well the Saturn Bomberman style multiplayer would fit in your mind?

Multiplayer PvP would be cool, just like Saturn Bomberman, 12 Player on a Map, bombing each others :D, would be cool if there isn option to play with 8 players offline or something ^^

but i think its just a dream :X

Reminds me of portal, the cubes..ahh, companion cube :) The characters also remind me of tf2, pyro's kids?