BOMB: Who let the dogfight ?

Forget all serious WW2 air combat games and take part of an epic adventure in an unique world: fly heavily armed aircraft and fight air pirates, destroy ships, tanks, and even zeppelins ! BOMB is first of all a game made for Fun !

This update mainly adds a cockpit for the VB-37 Astore, and also two new single missions.

On of these (Can of Worms) is kinda "experimental", not that it's unfinished, but rather that we're experimenting some ideas. Both of them deepen a little bit the backtround of BOMB, which is always cool :) 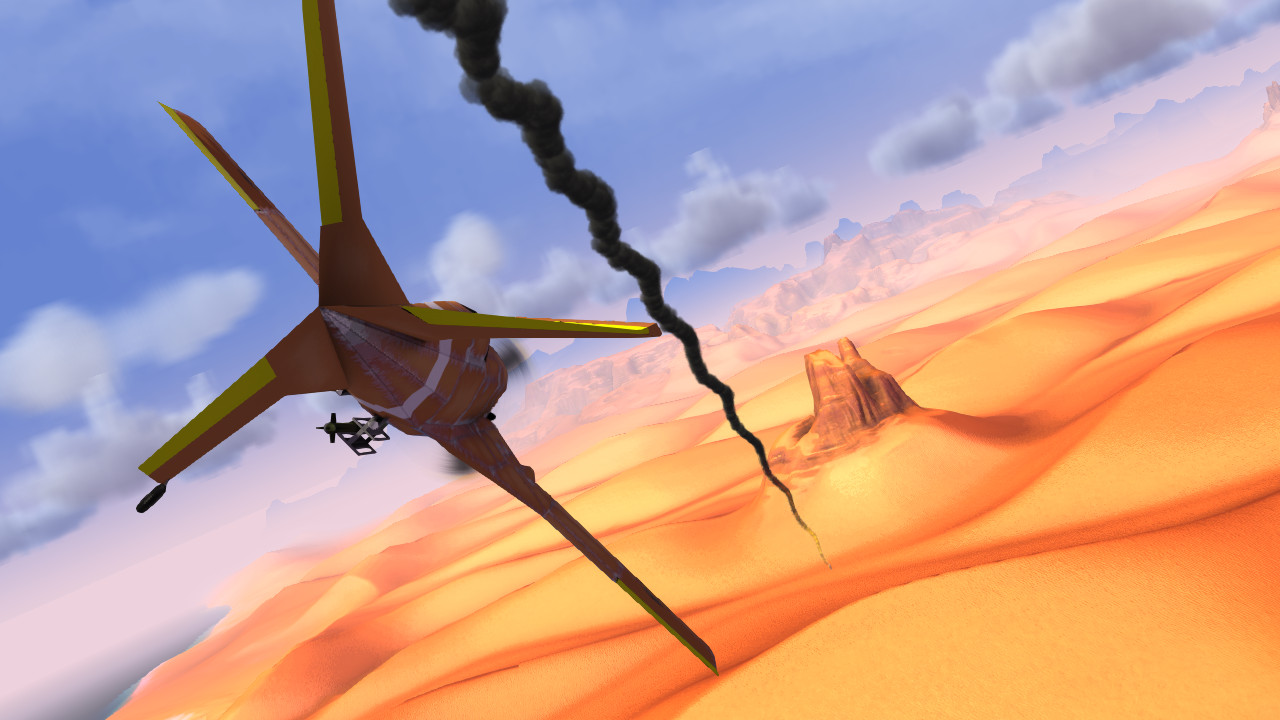 La Moustache Studio is proud to announce that it's first game, BOMB, has just been released on Linux. The last version is a major update, not only because...

BOMB is now available since August in Steam Early Access store, and of course in the Desura Store. The current version is MkIIIh which contains the full...

It's been a long time since our last news on IndieDB, although we are posting on our devblog each week.

I think it is time for us to give some news about BOMB as we get closer to the release date.

Mostly gonna be Germans, though I WILL make a few Japanese units.

does anyone else find it funny that the title of this game is BOMB its like your at an airport and some guy says "hey what are ya playing" and then you say "oh I'm playing BOMB" a gaurd over hears that and says " HE HAS A BOMB,HE HAS A BOMB!!!!!!!!!!" i would laugh so hard if that actually ever happens

Except that would never happen.

Because only a fool would play this on a notebook.

Disregard this, the Downloads section is perfectly usable for throwing skins around. I was just chanting a tune for the addons section to open up.

Heck, it's how you open the Addons section.

Well, then. Prepare for a load of skins.

Cant wait for this, when can we expect a demo or public beta?

reminds me of tailspin. wheres baloo the bear?

Have you been inspiered ny Crimson skies?

A little bit yes, it was our main reference.

Twitter
Tags
Embed Buttons
Link to BOMB: Who let the dogfight ? by selecting a button and using the embed code provided more...