Blaststorm is a 3d tower defence where you have only one mission - protect your main base during all enemy attacks. The enemy forces will not attack you all at once. They'll attack you in organized waves and they will use every possible way to destroy your base. Heavy tanks, self-repairing tanks, missile launchers that will cover the field with deadly chemical puddles, remote-controlled rovers loaded with dynamite and plastic explosives, laser cannons, plane bombardments... This is only a part of the hell that you'll have to survive. Of course, you'll be armed with battle units too. And not only... You can build different structures that will give you surprisingly tempting abilities. In addition, there are several upgrades that will make your defences stronger and your units weaponry - more destructive than ever! 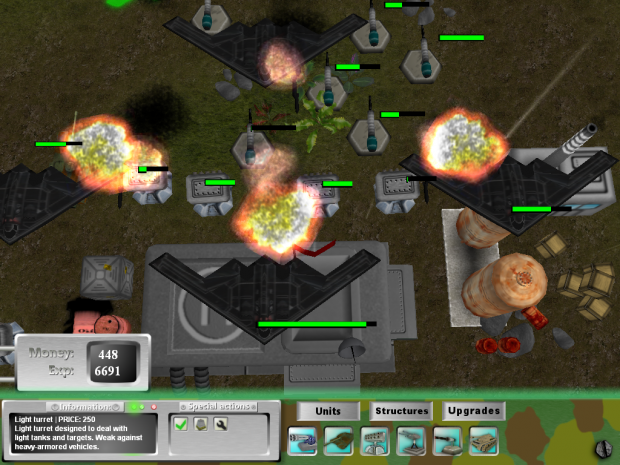