Blade Ballet is a whirling dance of multiplayer robot destruction. Each character possesses a unique personality and special abilities - use them to claim victory as you spin from one challenging arena to the next, battling for dominance in this action-packed fighting game.

Blade Ballet Patch 1.4 is out, new features include a wholly renovated tutorial area, quality settings options, and a variety of "quality of life" improvements.

On Aug 9th, 2016, we launched Blade Ballet! It's been a wild 10 months of development to get where we are today, and there is still so much more we want to do. Now comes a time of listening to player feedback and integrating that into where we take the game next. It's gonna be a good time, y'all. Hope you're as excited for the future of Blade Ballet as we are :)

For our first patch, which came out the Saturday right after launch, we added a number of things ranging from small, minor changes to huge ones:

Finally, one of the most major new changes, appearance-wise, is a complete graphical revamp of the Tutorial Area! In our playtesting we often found players were confused by some major things in the old tutorial: first, that it was a tutorial at all; second, how to get back to bot select; third, how to start the game. In the new area, we replaced the temporary word bubble "how to play" hints with permanent "how to play" text on the floor of the area. This makes it much more clear what the purpose of the area is, as well as teaching the player the controls in a more obvious way. This also fixed the issue of the word bubbles disappearing and players not knowing the controls by the time they started the game, which kind of defeats the purpose of an educational tutorial area. 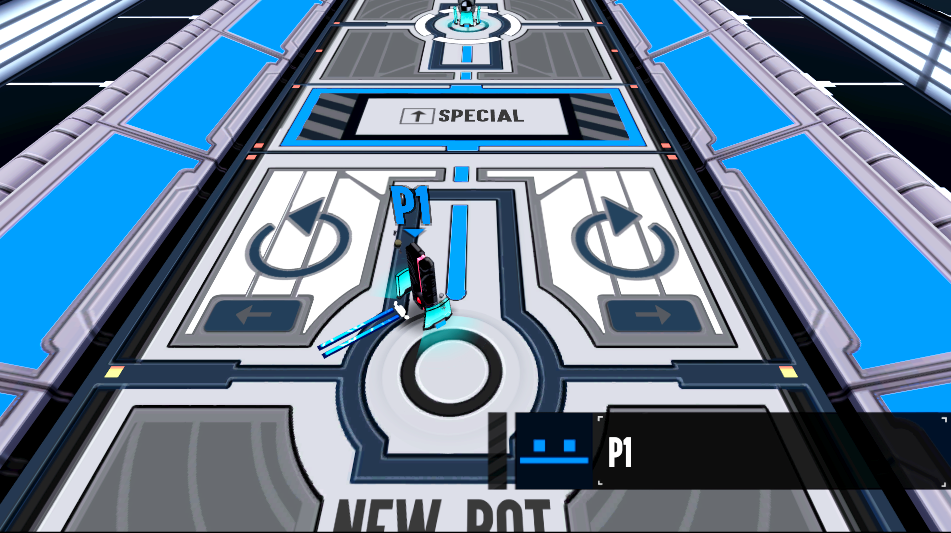 We better conveyed that moving backwards off the platform is the way to choose a new bot, by effectively destroying the one you'd chosen in a pit of lava. Whee! Before, players would accidentally lunge off the edge of the platform to end up back in bot select - that caused many a confusing moment. Now at least it's very clear that falling off the platform means choosing a new bot. Is the destruction-by-lava of your current bot a little harsh? Maybe. But it ties into the lore! 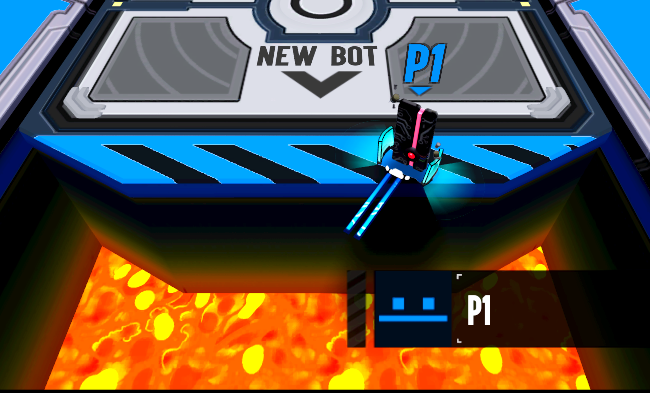 We also changed the Start platform from a blank podium to one of the respawn bots that appear in-game when a player dies. This platform is a lot more visually appealing than the white podium of the original tutorial area, and it's much more clear that it is something the player is meant to interact with. Plus, you get to see that little silly face on the platform up close, what a cutie! 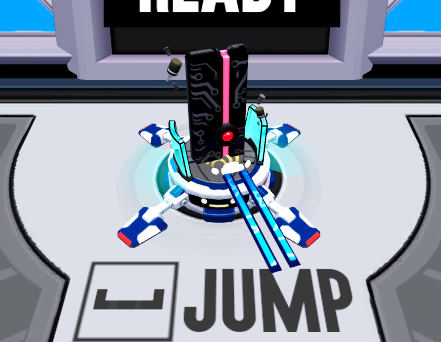 We have a whole slew of new things coming up in the next patch, including matchmaking and online play improvements, and something super exciting we haven't shown off anywhere yet: SKINS! This is a major content addition (there are many, many skins, so collecting them all will become a major new part of the game) and we are looking forward to seeing how the community reacts to them!