Beyond the Storm is a love-letter to the iconic shmup Tyrian, bringing back the same experience from the past while adding improved visuals, new stories and a lot of more content!

2 weeks to launch! This week, let's have a look at the soundtrack of Beyond the Storm!

Hi everyone, Leandro here! This week, let's go a little deeper on the soundtrack of Beyond the Storm.

As a game like Tyrian, with a soundtrack so magnificent, made by Alexander Brandon - which is one of the most incredible videogame composers -, I knew that it would be almost impossible for me to reach that level so, I dig it up the soundtrack of Tyrian and start analyzing it.

Fortunately, for me, all the time spent in my childhood just listening to the soundtrack of Tyrian was well spent! But I had a different way to listen it: In my childhood, I couldn't figure out how to setup the sound settings of the DOS games. I just remember my dad telling me that it was "Adress 220, IRQ 5, DMA 1". I put those numbers, sound came, and it was magical.

But, for Tyrian, maybe because of some foreign planets misaligned with something else, I didn't hear any sound effect of Tyrian - just the music. 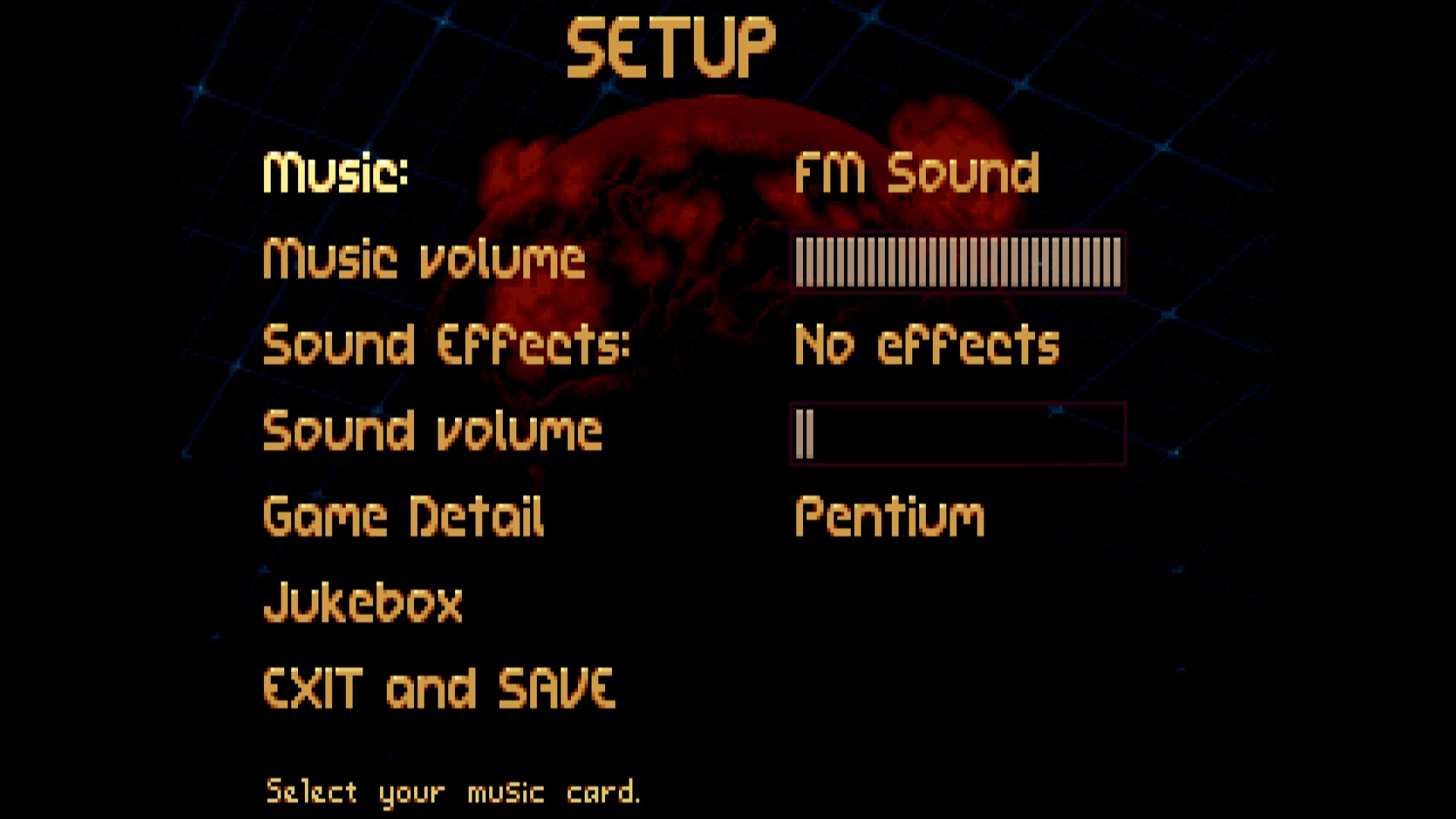 And, oh boy, what a music! Jason Emery knew what he had in hands that even put a Jukebox in the setup of Tyrian. Even in setup, that game amazed it's players: The jukebox allowed everyone to hear the soundtrack while look at some fascinating starfields. 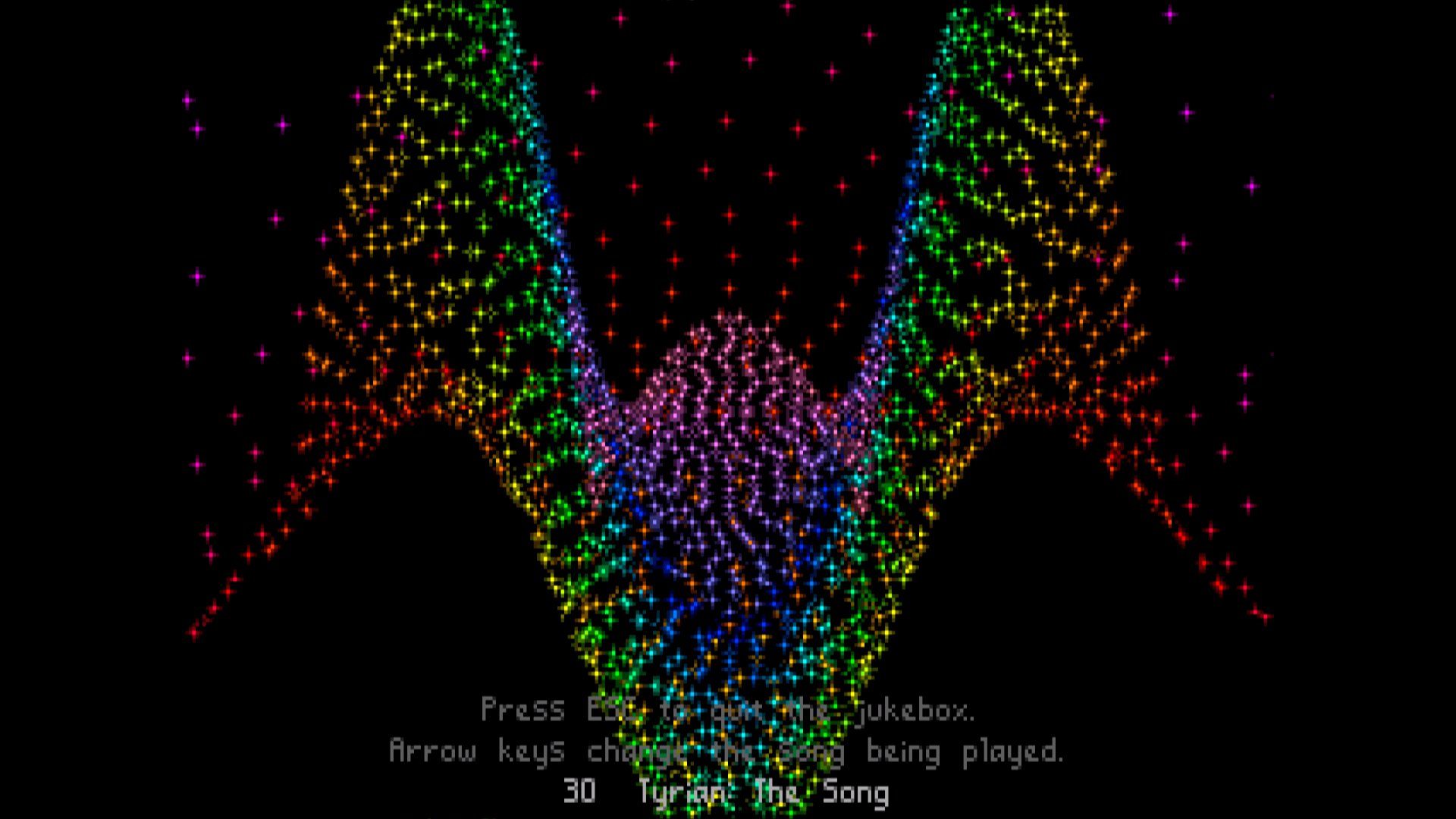 Those starfields were so fascinating that, in a remake, it is like an heresy to NOT put the Jukebox on it. So, Beyond the Storm has a Jukebox too: 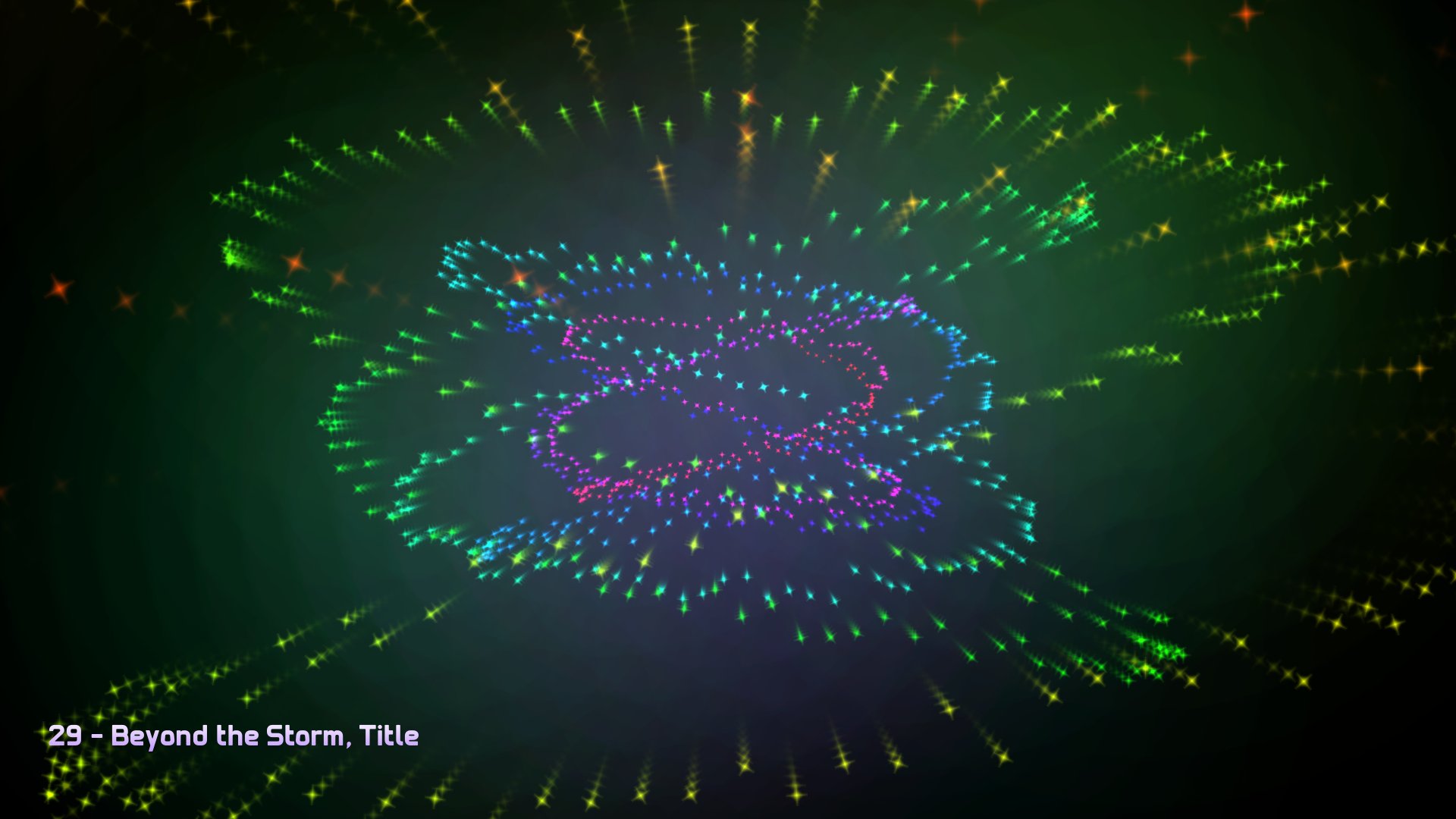 In this track, you can notice some cool things. For example, the Tyrian title notes on the beginning, as a nod to it's roots! Also, the whole structure of the Tyrian Title is also used on the Beyond the Storm Title: 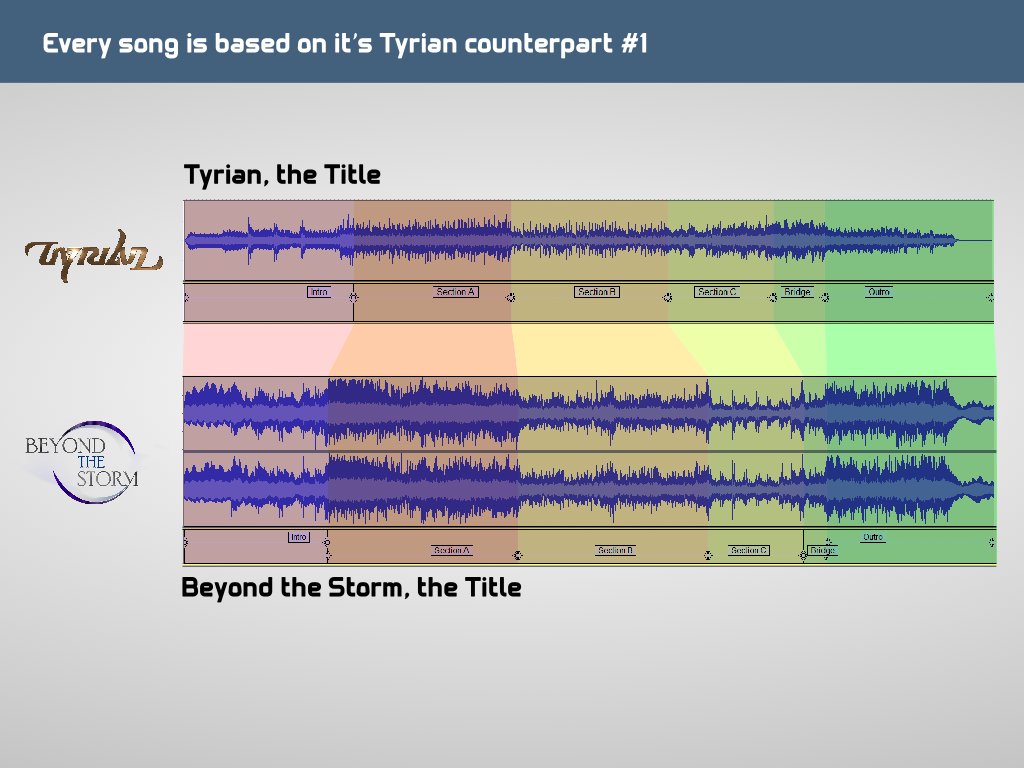 A lot of other tracks repeats the structure of it's counterpart, some of them even with the same notes. And the similarities doesn't end here: All tracks names are also based on Tyrian's tracks names: 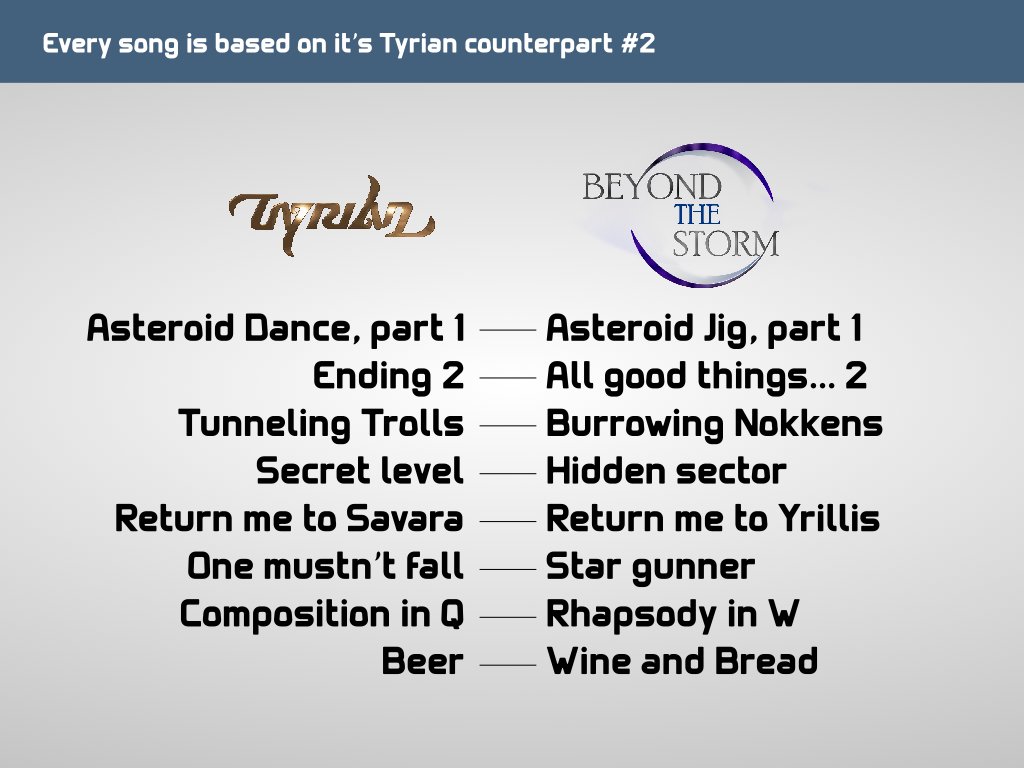 Some of these names has even a few references to some other materials... Movies, TV Shows, Games... Everything that gave a little glimpse on how things could be done in Beyond the Storm! References, references everywhere!

Speaking of references, all the tracks still must have a connection to the whole game itself so, in almost every track, the "Beyond the Storm's leitmotif" is present. Sometimes only on the chords, sometimes in the notes on a particular instrument, but it is there! 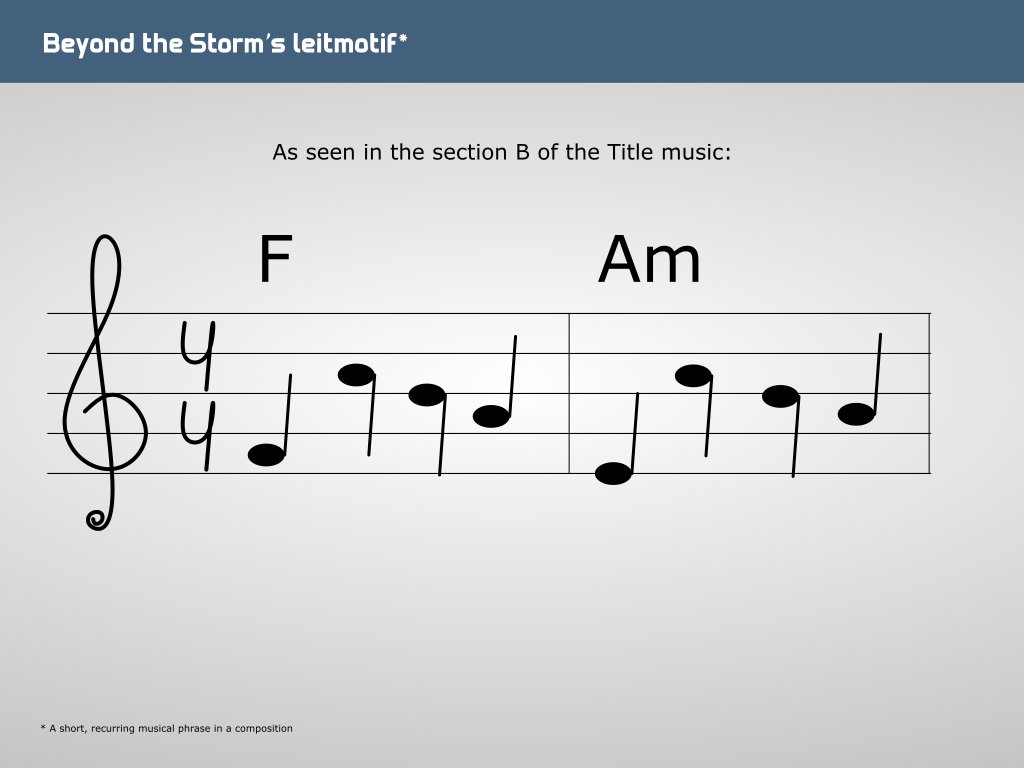 The whole soundtrack is available on YouTube. Can you spot all the references and leitmotifs? If you do, let me know: Beyond the Storm Original Soundtrack | JUKEBOX - YouTube

Tyrian music had a huge impact in my life. I've already said that the game itself taught me to love games and, part of my love for music I can credit it to Alexander Brandon's Tyrian Soundtrack. I'm glad I reached what we call a "full circle loop" nowadays:

We conclude all these music posts with what we call a &quot;full circle loop&quot;:

This is a rec from one year ago: Ana Luiza - the daughter of the developer - amazed with the Jukebox in Beyond the Storm, like her father was with #tyrian jukebox way back, in 2004. pic.twitter.com/uoKQO5Q164

Seeing my daughter have fun with the Jukebox that I made based on a Jukebox I've seen when I was a child is like I'm peeking into the past, with the power to change the future. A better future, of course! I hope that her generation has a nice time with Beyond the Storm like ours had with Tyrian. Love you, Ana! <3

In two weeks Beyond the Storm will be launched, I'm doing my best to make everything done when the time comes! I have a lot of plans with Beyond the Storm in the future, which I'll be talking about once the game reaches gold status!

Be sure to wishlist Beyond the Storm! We've hit 500 wishlists (and growing!):

Beyond the Storm Arcade
Related Engines