Put simply, Besus: Journey for Vitality is a 3D platformer collect-a-thon akin to the 3D platforming games of the 1990's.

To delve in to more detail, you play as Besus who will need to run, jump, wall jump, and kick his way through multiple different levels spanning numerous environmental styles. Ranging from lush open fields to dense urban cities. Along the way, you will find power-up cards to assist you in your journey. These will not only grant you new abilities but also enhance existing abilities. You will find out just how essential these are as you encounter enemies both big and small, challenging puzzles requiring the use of not only your abilities, but also of the environment itself as physics will play a big role, and of course plenty of collectibles.

Thus far, this has entirely been a solo project by me utilizing the Unity Asset Store as needed. If you are interested in the development history of either this game or myself as a developer, I have created a few blog articles detailing my progression from Unity novice to where I am today.

Note: The plot is still a work-in-progress!
Besus is just a step above your average gamer as he is a professional speed-runner; specifically of "Super Bear Platformer 75". One day he finds himself confronted and asked to help use the skills he has acquired from years of speed-running to recover the Vitality Cards from the limbless alien race, which are necessary to maintain balance among all living entities of the world.

So what makes this game unique?

When is this game going to be released?

What about something playable (a demo or alpha perhaps)?

Why make a platforming game? It's all about first-person shooter these days!

Isn't the story a bit too cliche?

For regular updates and posts detailing the development of this game, check-out the official development blog at: StudioBesus.com

Download the playable demo of the first level in the game: Wind Turbine Valley.
Please keep in mind that items are subject to (and likely will) change.

If after playing the demo, you find any bugs or have any suggestions regarding items that can be improved or changed, please either post in this thread or use the following forms on my site:

Evolving to a publicly playable demo 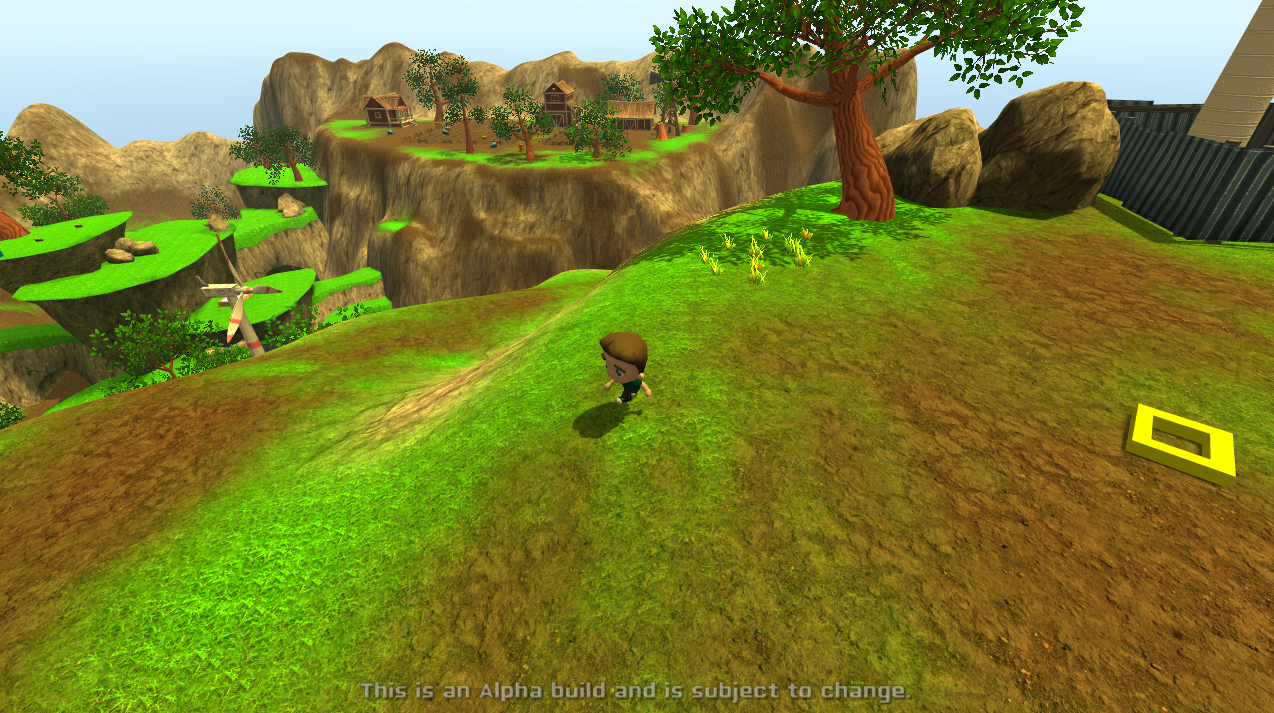 From Prototype to Playable in One Year

A brief summary of how my experience as a game developer has evolved over the course of developing this project for the last year.

The first 5 in my series of video development blogs giving a behind-the-scenes look at how the game has been taking shape and the inner-workings that...

You are gonna have a massive future if you keep making games like this!

Wow, this looks pretty impressive for what I assume is a one-man project. This style of game is a bit of a lost art these days, it's always welcome to see a project like this on the horizon. Good luck, and thanks for sharing your insights on the process. :)