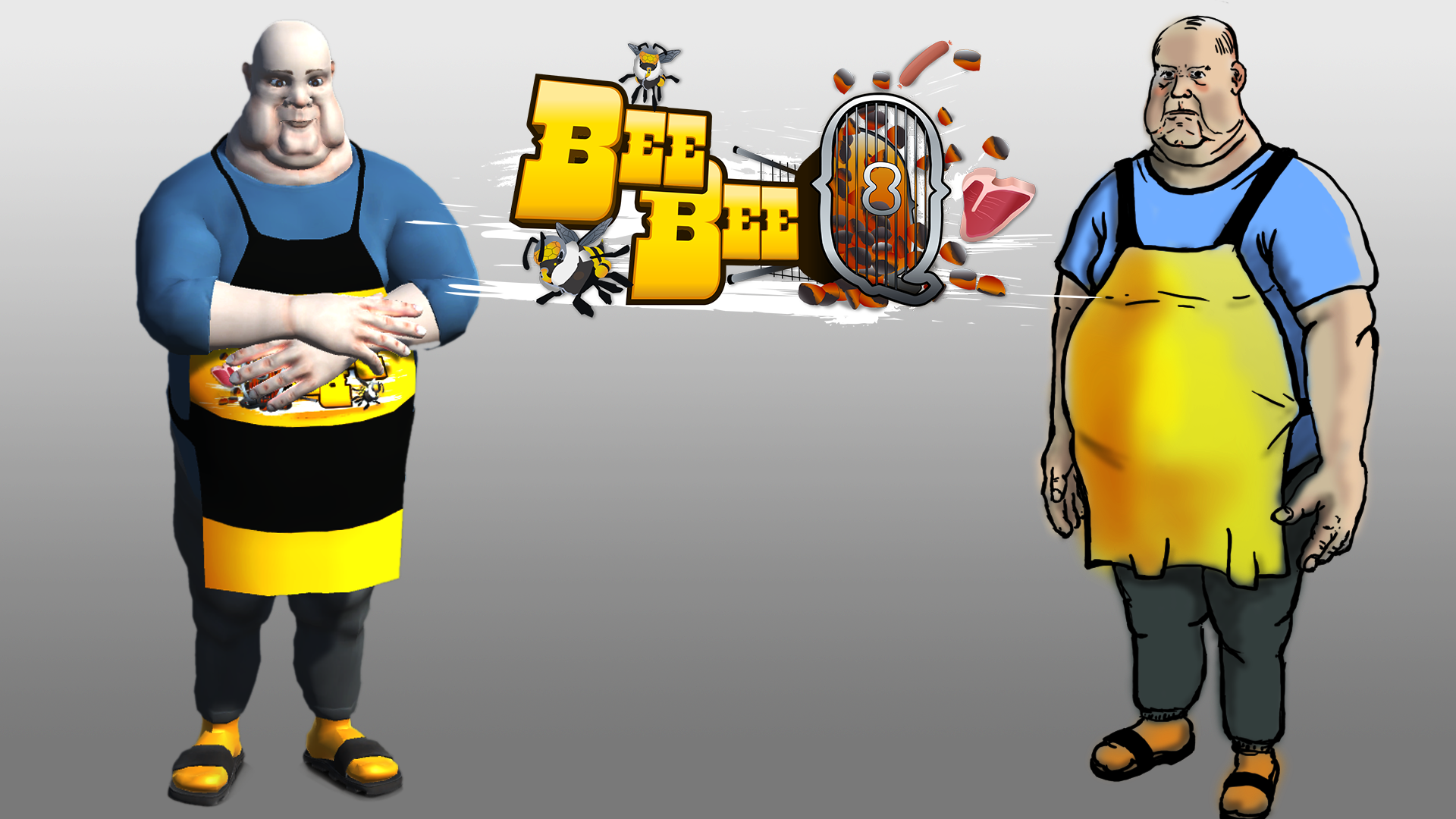 Firstly I just wanted to talk about the BeeBeeQ avatar and why we decided to choose this cartoon visual style, we decided on the colourful and oversized visuals to match the fun but clumsy style of game play, it felt like the right direction to take the avatar.

We didn't want to limit what we could do technically with the avatar but being a 2 man team we needed to build a versatile rig quickly that would accept animations for Mixamo, keeping the amount of animation we needed to do to a minimum. We decided to use the Mixamo autorig for the main rig of the character, we then exported out the weights from the mixamo rig to textures, it was then a simple task to add in the joints for a custom face rig based off of the Joint-Based Facial Rigging in Maya Tutorial by Tim Callaway (http://www.digitaltutors.com/tutorial/1133-Joint-Based-Facial-Rigging-in-Maya). We have used this rigging system a lot in the past when working on Kindred so it didnt take long to implement. Once parented in to the Mixamo rig we just needed to import the weights back in and paint the weights for the face rig. The effect worked really well and gave us a lots of control when bringing the Chef to life!

This is a quick video showing the Chef Avatar rig and what it can do.

In BeeBeeQ when the VR player gets stung by a Bee on either his hands or face he is affected by one of two penalties, if on the hands he drops whatever he is holding and on the face his vision is limited to a thin slit for a short time. to visualise this on the Avatar we decided to add in blendshapes so that other Bee players would know that the Chef was being affected by a penalty. There is also a texture shift towards red when an area has been stung making it even more obvious that the Chefs ability to defend himself and the BBQ is impaired. In game the affect lasts just long enough for the Bees to make their move and get the upper hand, a full BBQ can be stripped of food quickly while the Chef fumbles around recollecting his tools and weapons.

The Chefs animation is broken up in to a few separate manageable clips. The face, the hands, the eyes and the body. For the face we are using several basic looping facial expressions with minor movement, each clip covered an emotion that the chef would be feeling when interacting with various objects inside the game.

The eyes, feet and facial expressions are all controlled by scripts and the body is directly influenced by the VR player all of which will be covered by Mark in our next article.

This was a great dev update!! Love the face rig! I really see more of animation and rigging updates!
Much Love.