Battle of Ra: The Eternal War 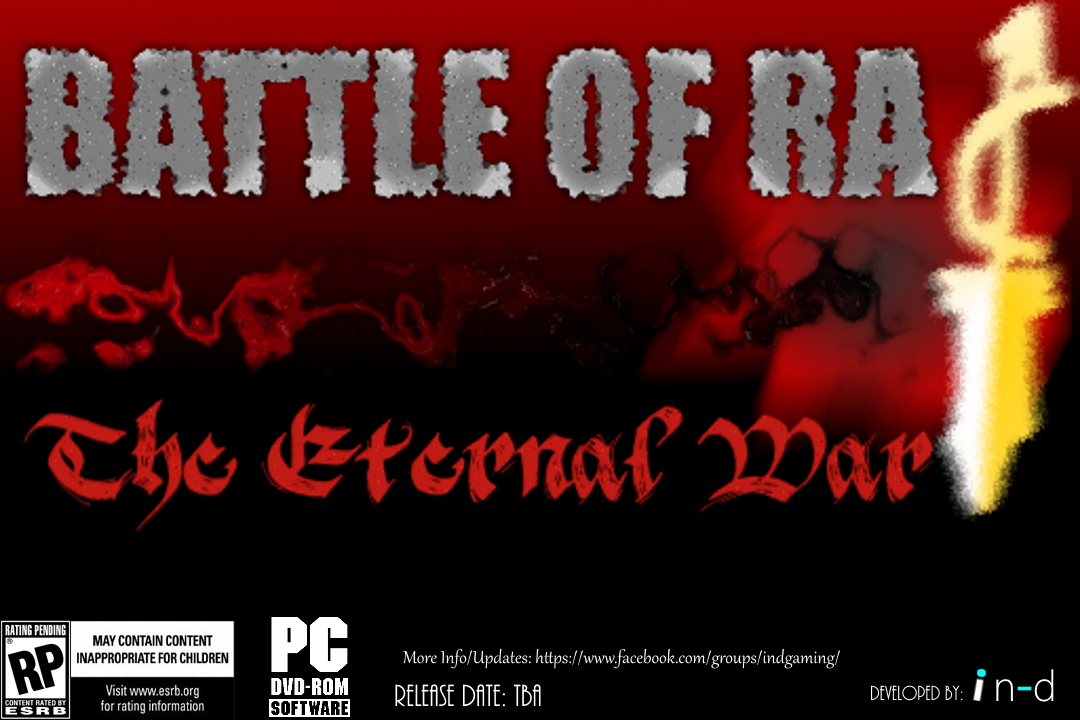 Battle of Ra: The Eternal War is an FPS-style fantasy war game. Inspired by many traditional FPS games, such as Call of Duty, and Unreal Tournament, we combine memorable FPS aspects with fantasy. However we work hard to strip away the repetition of this generic FPS fad and we are developing more of an action fantasy game rather than a shooter. You will go to war with other players online as you fight in teams or fend for yourself, choosing your own weapons and magic. Battle in many ways including: close-combat weaponry, long-range archery, magic, and more. The official release date is TBA and the game is still relatively early in development.

To promote Battle of Ra: The Eternal War and grow its popularity (top games), use the embed code provided on your homepage, blog, forums and elsewhere you desire. Or try our widget.

If this were shipping on a DVD, that means you'd have only 4.7 GB available for storage space, haha

Haha that was just a mock-up image, none of those things mean anything and I shouldn't even be using those "logos", but it was just for concept proof. Also don't worry the game is going to be less than 4.7 GB. I think it will probably be 1-2 GB MAX. Maybe even less.

You are stranded on an island, and here you can do quests for the inhabitants, level up your character, build whatever you want, play with cool weapons...

The Plague: Age of Chivalry

The Plague is a True FPS action game set in a medieval themed fictional world. It is a multiplayer game that is designed to be played together with other...

Fallen Pit ... a valley of death and suffer. Valley is in quarantine for deadly plague. People are poor and waiting a rescue. But... there no help in...

Remember the old school FSP games? This game was based with the same atmosphere and gameplay! Made by one person, its a student project. Completed project...

North of The Wall (NoTW)

North of the Wall is a a survival Game set north of The wall from the game of thrones universe. The main game game consists of Building and Surviving...

A retro first-person shooter inspired by classics of the '90s.