Brave Battle: World War II is a FPS Mulplayer developed in the Unity engine. The main focus of the project is to ensure immersion, historical acurracy (weapons, locations, etc.) and try to bring good gameplay. Anyone who knows the project and accompanies it knows that I have been developing it for a long time (2 years!). A good part of that time is and was to learn techniques in development.
I went through and changed a lot in the project, from "cloning" things from other games to trying to do crazy things. Well, in 2018/2019 is the year of full development, I worked alone on the project but I've learned enough from shader programming, music production, C # programming, modeling, photogrammetry, and 20-30 hours of WW2 documentation. week haha.
To finish I will put the tasks / goals that must be achieved and also the concrete objective of the project:

- Realizing the other games of second war, I would like to do something similar to FH2 (bf2mod) that has many nations, which gives a lot of content like maps and weapons.
- United States, Germany, Italy, Russia / Soviet Army, Finland, Brazil, etc ...
- Real maps reconstructed by photos and aerial photographs (which I'm already researching and doing).
- Graphics with quality AAA (Unity), as I posted here on the site through photos, I am working with lighting and shaders, both for terrain and for clothing and soldiers (skin, blood, etc.)
- Multiplayer (Game modes), something similar to Heroes & Generals (but without vehicles, for now).
- Weapons, detailed arsenal, with basic options of customization (scopes, bipods, ammo pouches, etc ...)
- More things I will list with time ...

About a gameplay since the last video, I'll post about the latest works in the gameplay part, I stopped for 3 months with dev in this part to work with audio and technical art.

New uniforms for Allied soldiers, including the US and USSR;... 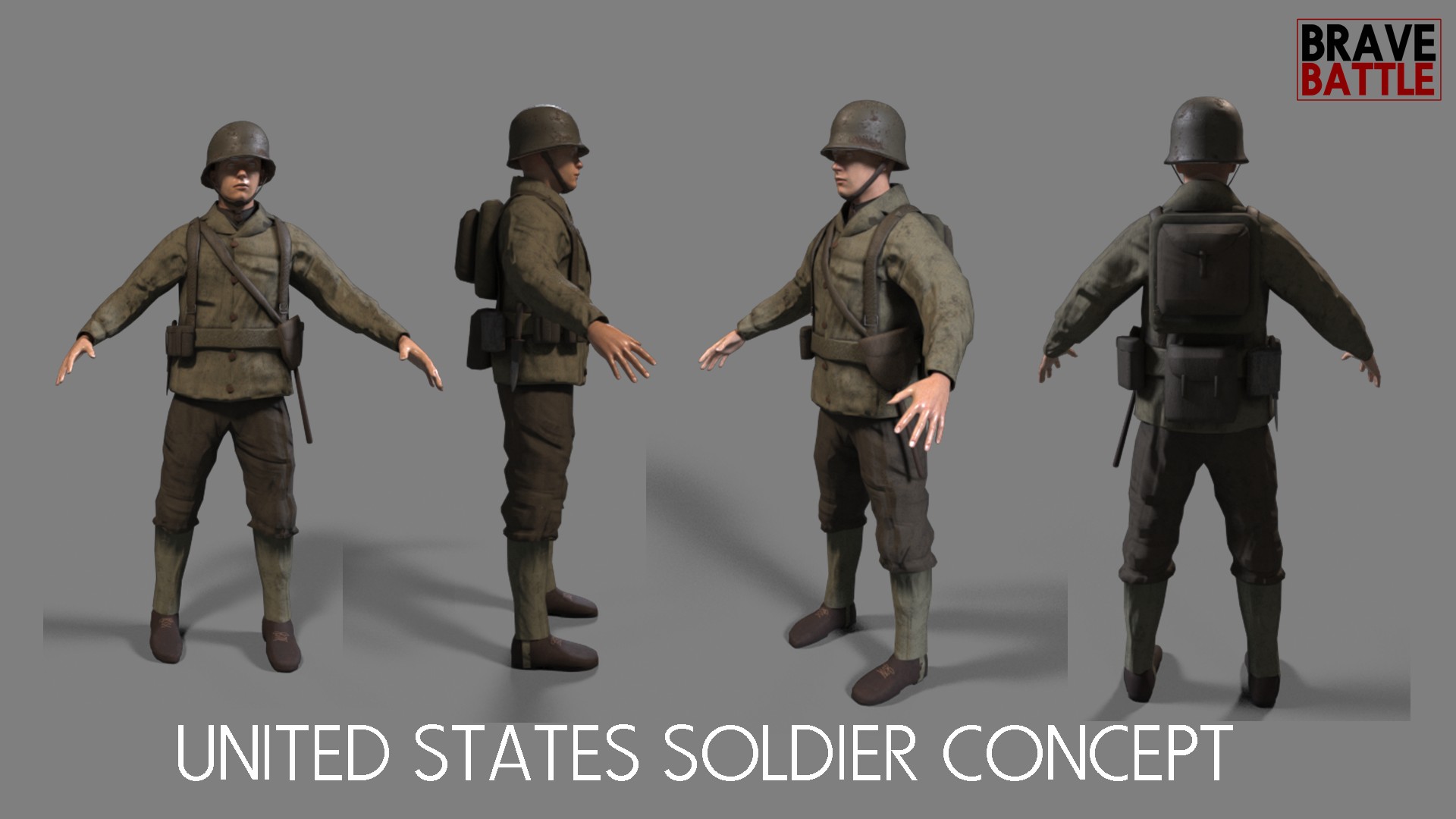 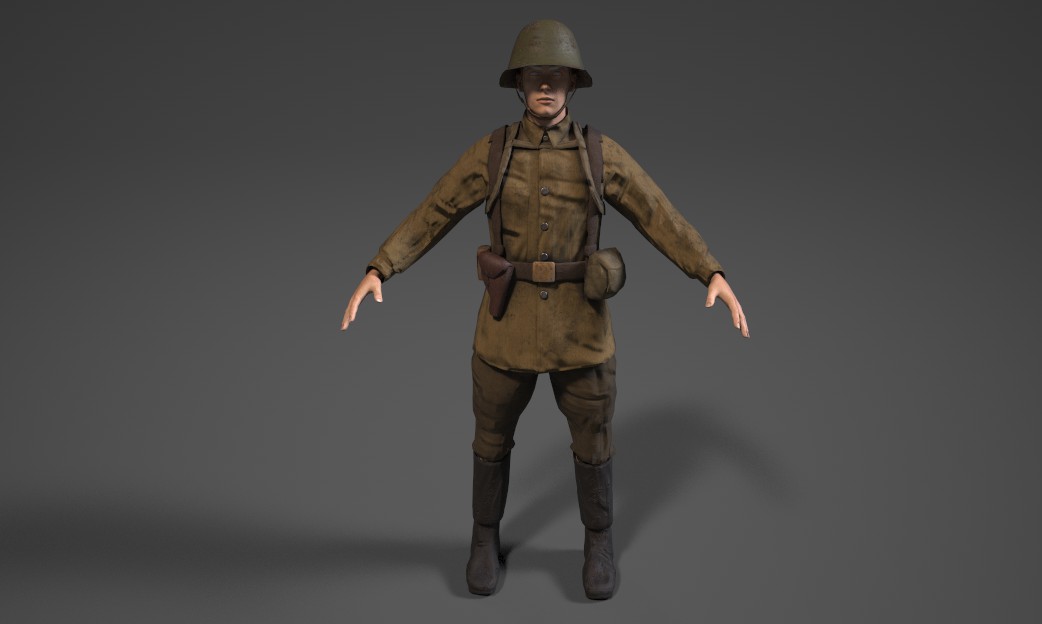 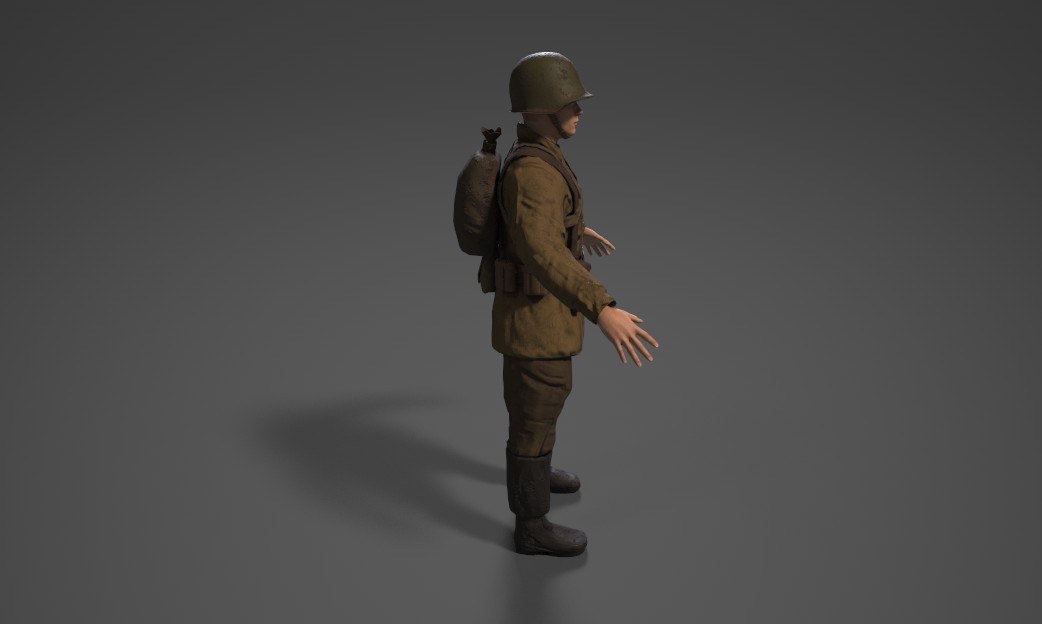 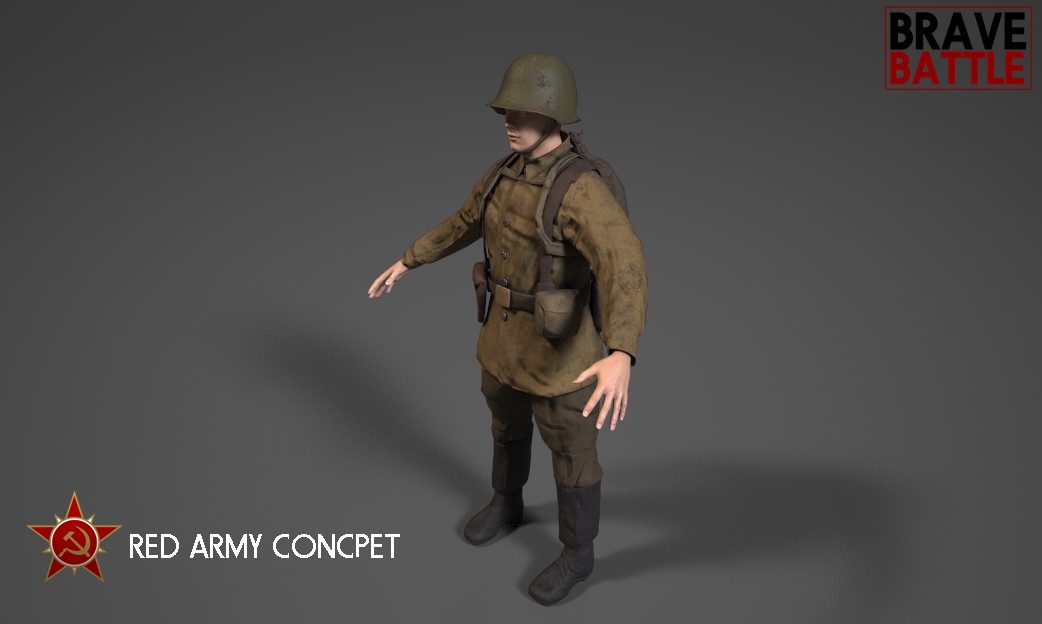 The game has already 6 months of development, and little has been worked on the graphics, now it's time to start the mecher in graphics, quality of models...

NEW SAVING SYSTEM OF PLAYER DATA WITH A ONLINE DATABASE

There are several tutorials in Unity for how to recognize the surface of an object using a trigger collider or using raycasts, some techniques will even...

Can i test the game?

Please make more YouTube Videos of your Project. Its amazing

Thank you very much for the positivity to the project. Soon there will be a new video, where I will show the progress with the Tech Art / Shaders area.

Hi i would love to work with you on this project for free i'm very passionate about WW2 and i think what you are doing is amazing. i use unity and a full PBR workflow and i believe i can bring something extra to this project if your open to it.

Will you be adding japan or the italians? That would be pretty awesome. Not enough games feature them.

Yes, it is really possible, I collected enough information and details about other nations involved in the conflict, enough to make historical accuracy. I really like that idea too. Besides, the game is very dynamic to add new content.

Best luck to you with this project.

Thanks, good luck to your project too: D

Hey Devs, It looks really awesome,i want to test it by myself,so, where i can download it

Sorry for this inconvenience, the version that was downloaded was removed because it is extremely old. The new version for testing purposes will be published within 2 weeks.

OK, Thanks,if you allow me to, i'll talk about it to some friends.
Good Luck With This Project.
:-D

Thank you, you have complete freedom to share information about this project, because it is very helpful.