AWAY - Journey to the Unexpected

AWAY is coming February 5th on PS4, February 7th on Nintendo Switch, February 8th on Xbox One and February 13th on PC!

We're glad to announce that AWAY: Journey to the Unexpected has finally a release date! The game is coming February 5th on PS4, February 7th on Nintendo Switch, February 8th on Xbox One and February 13th on PC!

A little reminder of what AWAY is for those who are discovering the game:

AWAY: Journey to the Unexpected is a feel-good FPS! A colorful adventure combining action, negotiation and rogue-lite elements.

You play as a kid that is neither a hero nor a warrior. Yet with the power of friendship, you will overcome every obstacle in your way!
Choose your path through the levels, uncover the light-hearted story, and above all, recruit allies. All the wacky and powerful characters you meet can be played in first person, and it's up to you to find the right answers to get them to join your team!
Idiotic workmen, mysteries from outer space, oddball friends, and fast combat await!

Journey around a colorful world featuring unique visuals, with 2D characters living in a 3D world.

Unravel a funny and light-hearted story, with just the right pinch of rogue-lite elements.

Befriend and play a large variety of quirky characters, all against the backdrop of the anime-themed soundtrack composed by Kazuhiko Naruse!

Because images are better than words, we've also made a 10 minutes gameplay video to show you how the game is in its final version, we really hope you'll like it!

And because good news never comes alone, you can also pre-order NOW on GOG and get access to the game ahead of the release! Link: Gog.com

Pre-order starting January 15 on PS4 in Europe and get Shape of the World for free!

To stay updated on Away news, follow us on social media here:
Twitter.com
Facebook.com 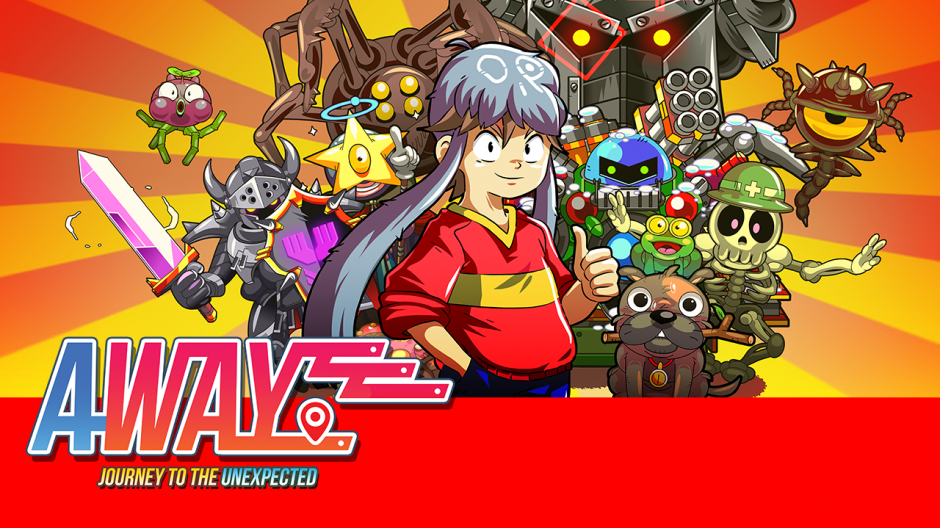 Pretty cheap tactics to release on pc a week later!

AWAY - Journey to the Unexpected First Person Shooter
Related Engines