The Art of Defence economy runs on a combination of currency, gain, drain, and alien ingenuity, which we took because we like how they do things. Every aspect of your desperate defence of the Core relies on exploiting the intricacies of this stolen alien energy generator. For the benefit of our subjects, a step by step process of how this works has been provided by our top researcher on the matter. Forgive his brisk tone, he's not usually this stuffy.

So I'm told by our ineffable General that I'm to draft up a report on the intricacies of the alien generators we are trying to acquire at every turn. Never mind that we're discovering new aspects to them every day, never mind that what we do ‘know' could be completely inaccurate conjecture, never mind that we just don't know what they are or how they do what they do, and never mind that I should be studying these things full time to learn everything I can so we don't all get melted over the coming months. Any words I strike down today could be proven completely wrong in three weeks, yet the General doesn't seem to fully understand this.

‘It needs to be recorded, key people need to know.' The key people do know what they need to! The only fathomable reason I can think of this document's existence is he intends to share it with the uncomprehending cretins of the Underground. Inaccurate knowledge is dangerous knowledge, especially to those who cannot test it for themselves. But ... orders are, also, orders.

Sit up and pay attention, children! I'll keep this as simple as possible, both for my benefit, and yours.

Look, I took a picture of it. That's a Core. Now you know what one is. 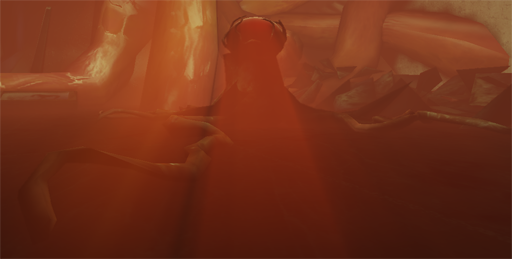 Step 2: Knowing What a Core Does

This is perhaps the most relevant of subjects to touch on. I doubt any of you care about ‘why' or ‘how', which is why I'm the one saving your lives right now. Knowledge is power, so maybe you should start making use of what I'm imparting here.

The Core is a power source. It generates energy constantly, and radiates it in a large area around it. They're found in every Invader walker fort (or ‘Crab Forts', as they're coming to be known), but that's not all they can power. Any building, if configured correctly, can tap into and use the Core's energy to power itself. All buildings that tap into the energy become linked to the Core. I'm not sure how to explain why this occurs to you, let's just say it's wireless power.

There are two aspects to the energy the Core generates; the Pool and the Generation:

Managing these aspects are crucial to any war-time interaction with the Core. 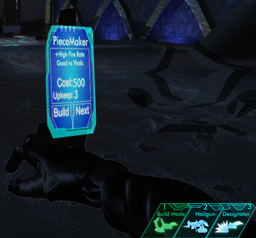 Those of you close to our HQ may have noticed a few of these gloves around. Through more tests, trails, and time than any of you can imagine, we managed to make a system that can interface with the Core.
What's even better, it seems like the core has some internal blueprints we can access. Using these blueprints, we can actually use the Core's energy to create, upgrade, and power buildings almost instantly! The ‘Build Gloves' are easy enough for anyone to use, just remember not to try and build anything directly beneath you. I don't mind, but it gets very messy soon afterwards, and you might break the glove.

Any situation you get in will involve using the Core's blueprint buildings and energy to defend it, and by extension, yourself. We're in a precarious position at the moment, and using the Invader's tools against them is our only real chance.

There are some extremely important notes you need to keep note of in the extremely unfortunate situation that we have one of you with a glove and a core nearby, with no better candidates in sight.

The Core does not have Unlimited Power!
Don't just plop down a turret every time your Millenial brain screams for more flashing lights, there is a limit to what it can handle, and those turrets drain a lot of energy! If you want to survive an Invader counterattack, you need to place your defences intelligently. There's a blueprint for a secondary generator that is extremely useful if you're getting overwhelmed.

Everything Uses Power!
Anything you do with buildings will affect the energy you have available in some way. Building, upgrading, disabling or enabling, selling, it will all affect what energy you have at your disposal and how much energy you're getting every second on the field.

The More You Have, The Less You Get!
Every single turret on and powered by the Core will drain the potential energy it could be giving you every second. Which is to say, while you have a heap of turrets draining energy, you'll be getting less energy over time. If you have too many turrets, and/or high-tier upgrades draining your energy you will actually lose energy over time, until the Core simply runs out, which is not an ideal position for you to be in.

Hopefully this document will be of some use proportional to everything I could have done with the time I just lost. I don't have high hopes for that, but at least it is done. For all our sakes, I hope none of you is put into a position where our lives rest on you, but if it does, good luck to the lot of you.