Collect your Heroes and lead them to victory in the intergalactic Turn-Based battle arena! Play in Realtime or Asynchronous modes against your friends and foes, or test your tactics against the A.I. in fierce single-player modes. If you are up to the challenge... climb the PVP Ranks to become a champion of the Arena!

Arena of Heroes is 100% Free-to-Play and currently available on PC, Mac, iPhone, and iPad. Soon, within a few short weeks, we’ll also be hosted on the Web (Facebook, Kongregate, Google+, etc.) as well as Android, and eventually on the Windows Surface and Phone. And so, your account and games can be transferred between any of these devices seamlessly, and even mid-battle if you prefer.
Now it's your turn!

ARENA OF HEROES PRESS:
“…I’ve been having a lot of fun with it…” – Penny Arcade
"As it stands, the game's system works wonderfully..." Gamezebo
“Arena of Heroes is perfect for players without a lot of time to invest.” – Kotaku
"For a gamer who has lots of other games and responsibilities in his life, it's hard to say no to such a fun little package..." - Massively
"Sneaky Games changes MOBA formula for mobile with Arena of Heroes" - Inside Mobile Apps
"Arena of Heroes does a good job of presenting MOBAs in a new light." -148apps
"I was blown away by how easy Arena of Heroes is to pick up and how much fun it is to try to master." -freewebgame360
"You’ll also find the game particularly attractive..." -GamesLikeFinder

Battle Arena: Heroes Adventure is a new free mobile online multiplayer RPG. Dozens of unique heroes and lots of interesting challenges are so catchy, that I didn’t even want to close the app for about 2 hours of the first game session. Also I was attracted by the way how developers mixed different fantasy worlds, for example you can find various magicians or sword warriors but also you can get stormtroopers or robots in your team, altogether it looks incredible! As a regular rpg player I was a little tired of the same looking products where you need to build your castle and buy more and more peasants or knights or stuff like that, it’s always all the same and become a little boring, so BAHA became like a little breath of fresh air to me. 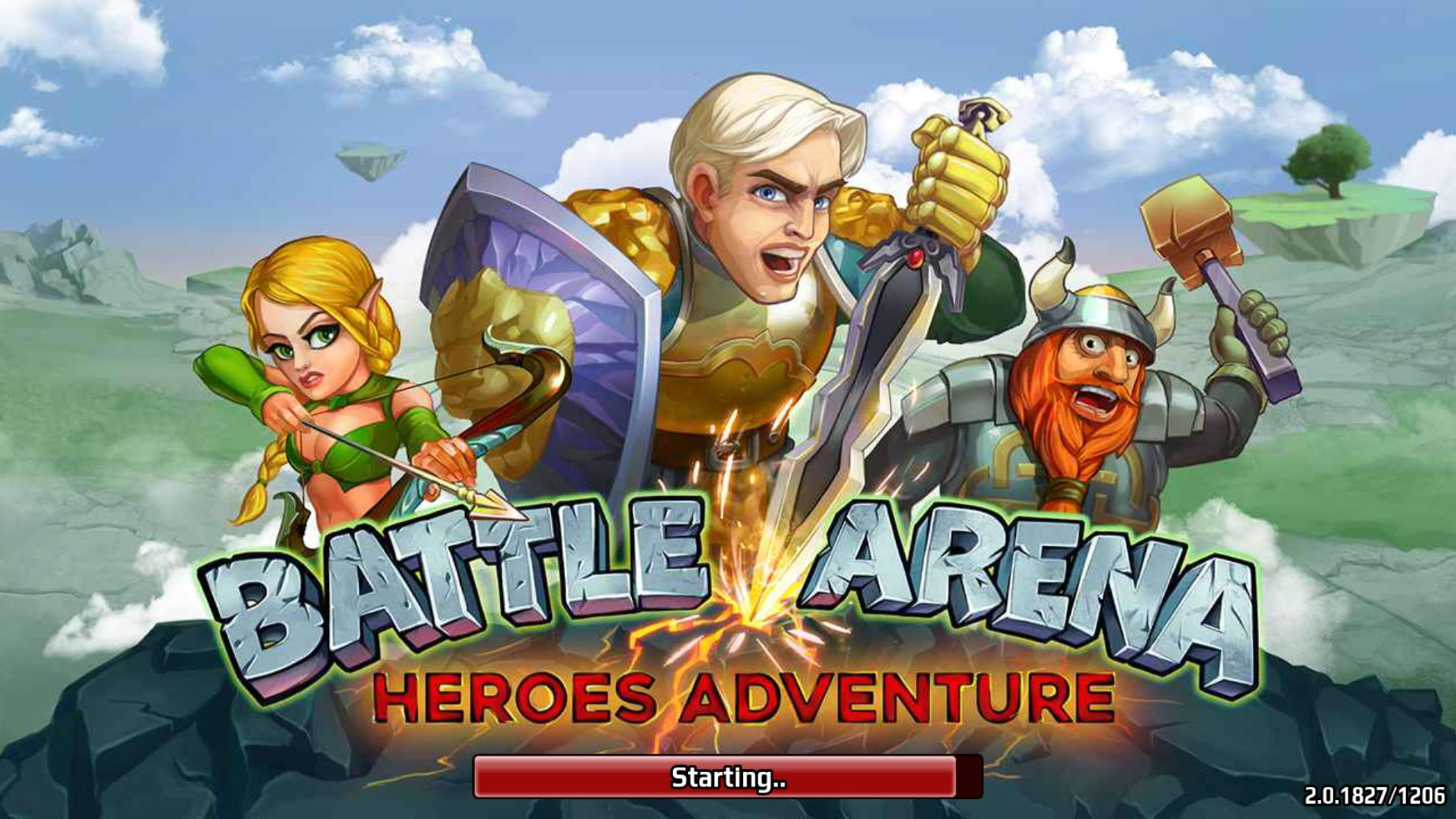 One of the most attractive features in this game is it’s online real-time PvP element. As we all used to play some same looking games (yeah, yeah I mean Heroes Charge, Soul Hunters and so on...) where you collect heroes and put them into battle against other players where you just sit and watch them kicking each other so let’s be honest: it is so boring. On BAHA’s arena it’s all depends on your skill and heroes choosing for party setting. The knowledge of your’s heroes skills, when and how to use them against opponents is the main key to rush into top of the best players. The higher your rating is the greater reward you get! That is a challenge for boys! So you’d better think twice before using this or that hero’s ability. By the way, never forget that real players whom you’ll be faced with are not so easy to defeat, they always try different combinations of heroes searching for an ideal party setup. 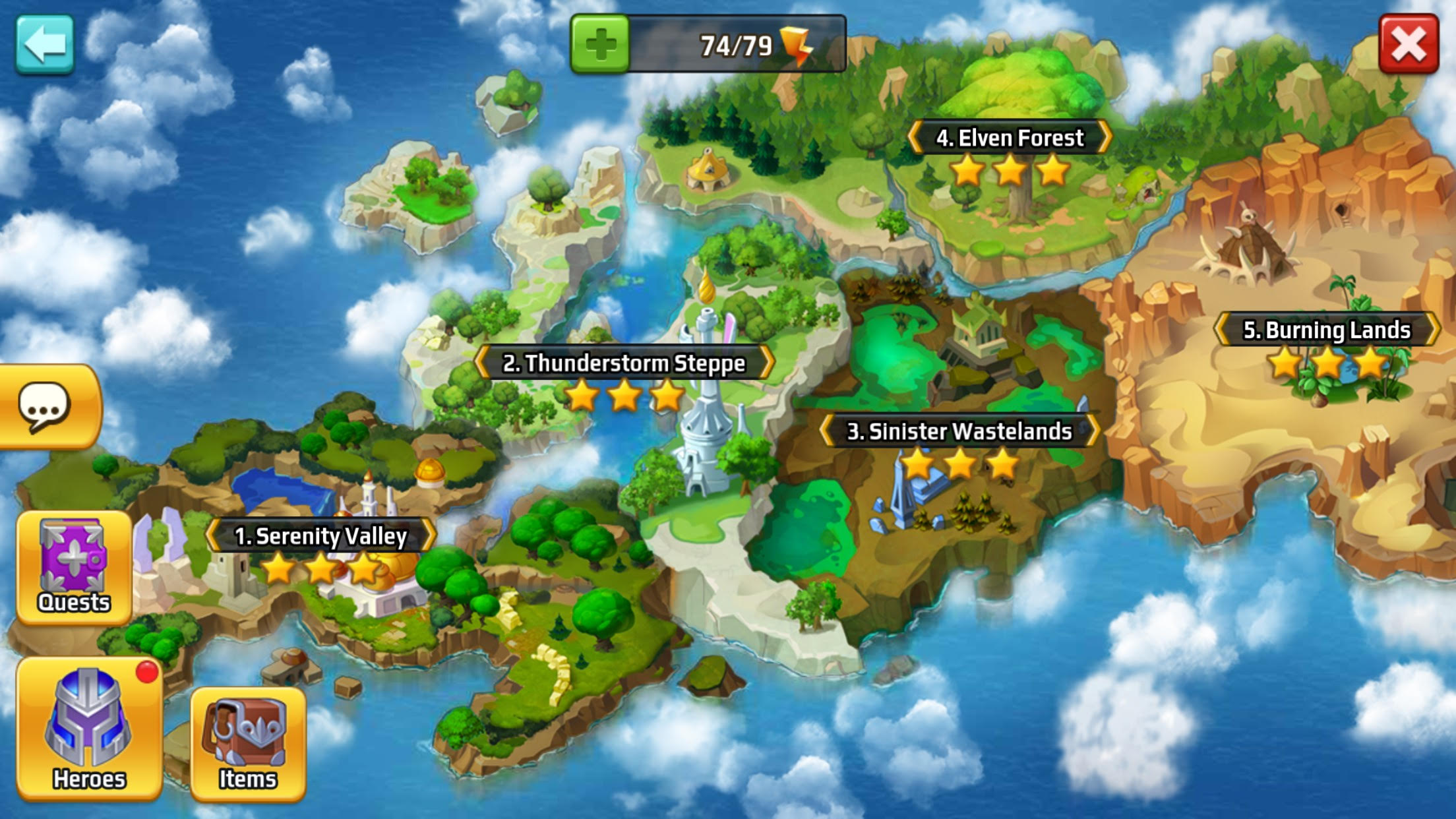 Speaking about party formation it would be a mistake not to mention about classes and their features. Of course none of us would set a party of 4 tanks and 1 healer heroes, this is the straight way to go down the top and loose the war, but sometimes it is the only way to pass the hard episode of massive PvE company or event. It may be the best setup to rush through the Expedition mode, it all depends on your choice. As for me I found a team formation with perfectly balanced heroes based on control and damage skills, also found a tricky way how to use the synergy of their skills. 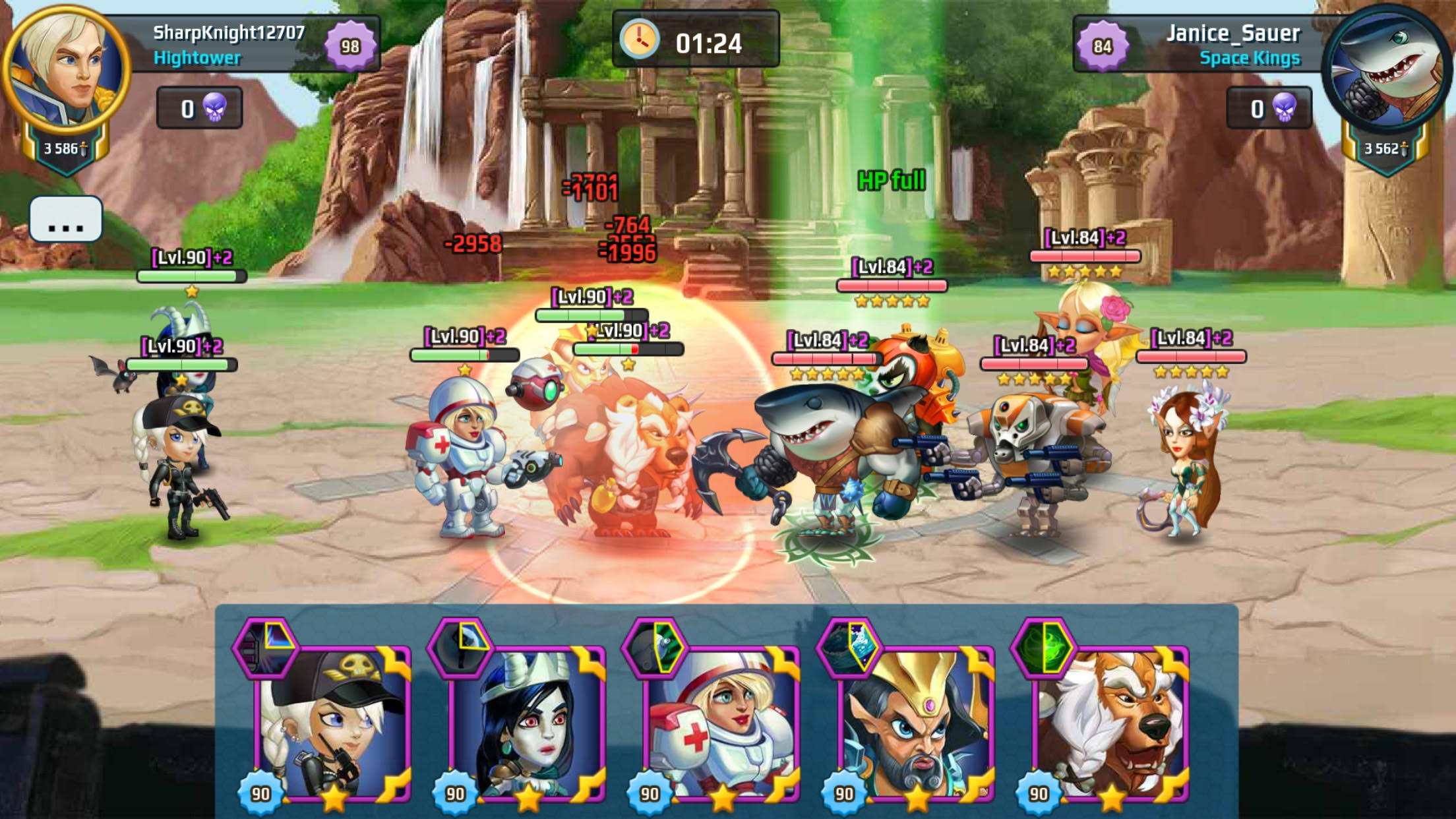 All of the heroes are upgradeable and can be evolved. There is no limit in collecting their parts called Quantums (ok, there is, but it’s necessary to try), so sometimes a little help is not prevented. Join or create your own alliance with friends where you can share quantums you don’t need and ask for quantums of heroes that you collect. All the clan like features included. Share the most exciting battles or just chat with other members if you’re tired of fights and quests. But be prepared for alliance chest event when all the power of your alliance will be needed. 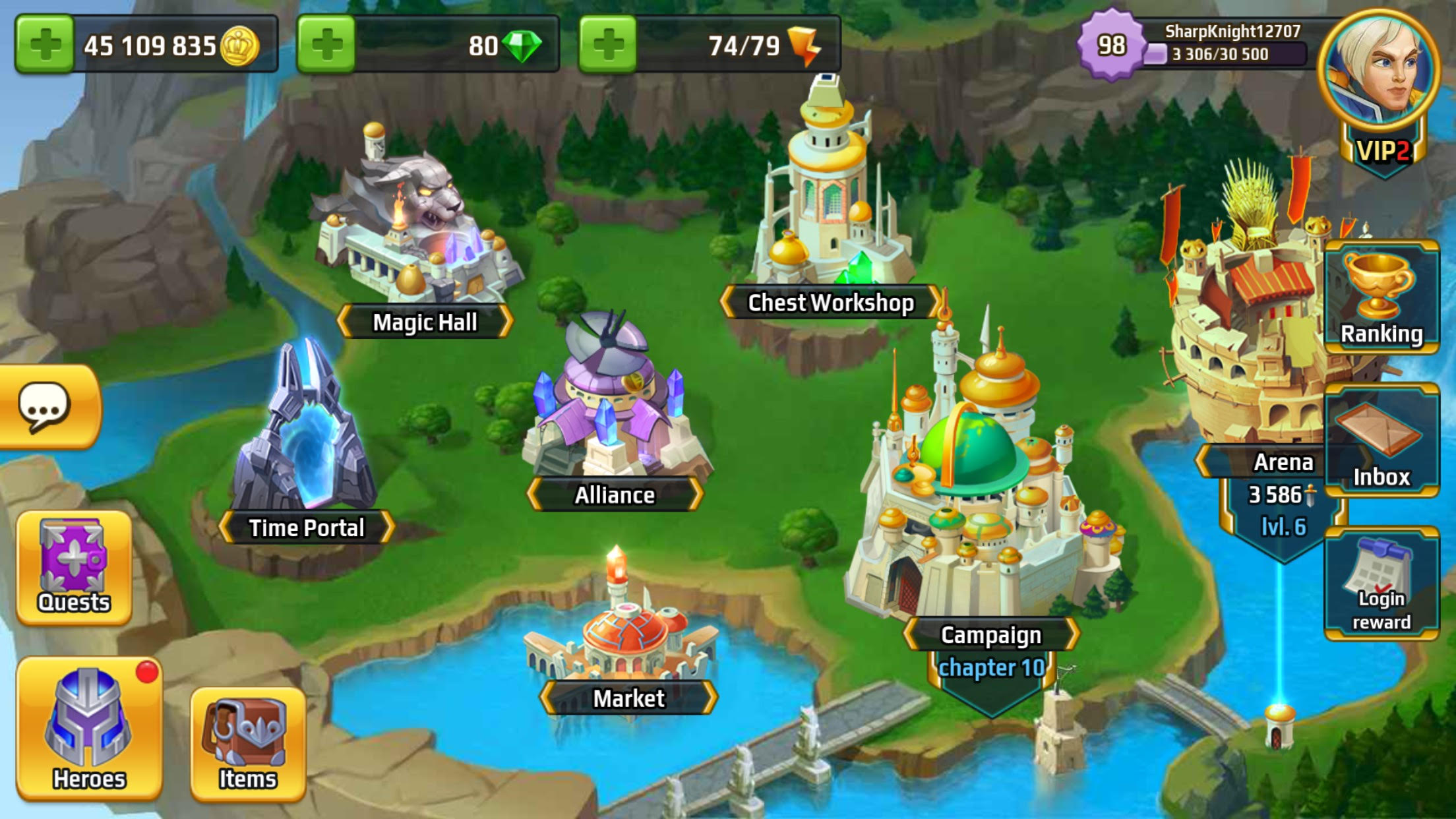 All in all we have a new fancy looking role playing moba for adults with it’s own features and solutions and what not less important the game is always updating. New heroes and locations, different events and activities are always adding into. I hope in nearest future we’ll see something like guild wars and that’ll be awesome. Absolutely worth your attention. 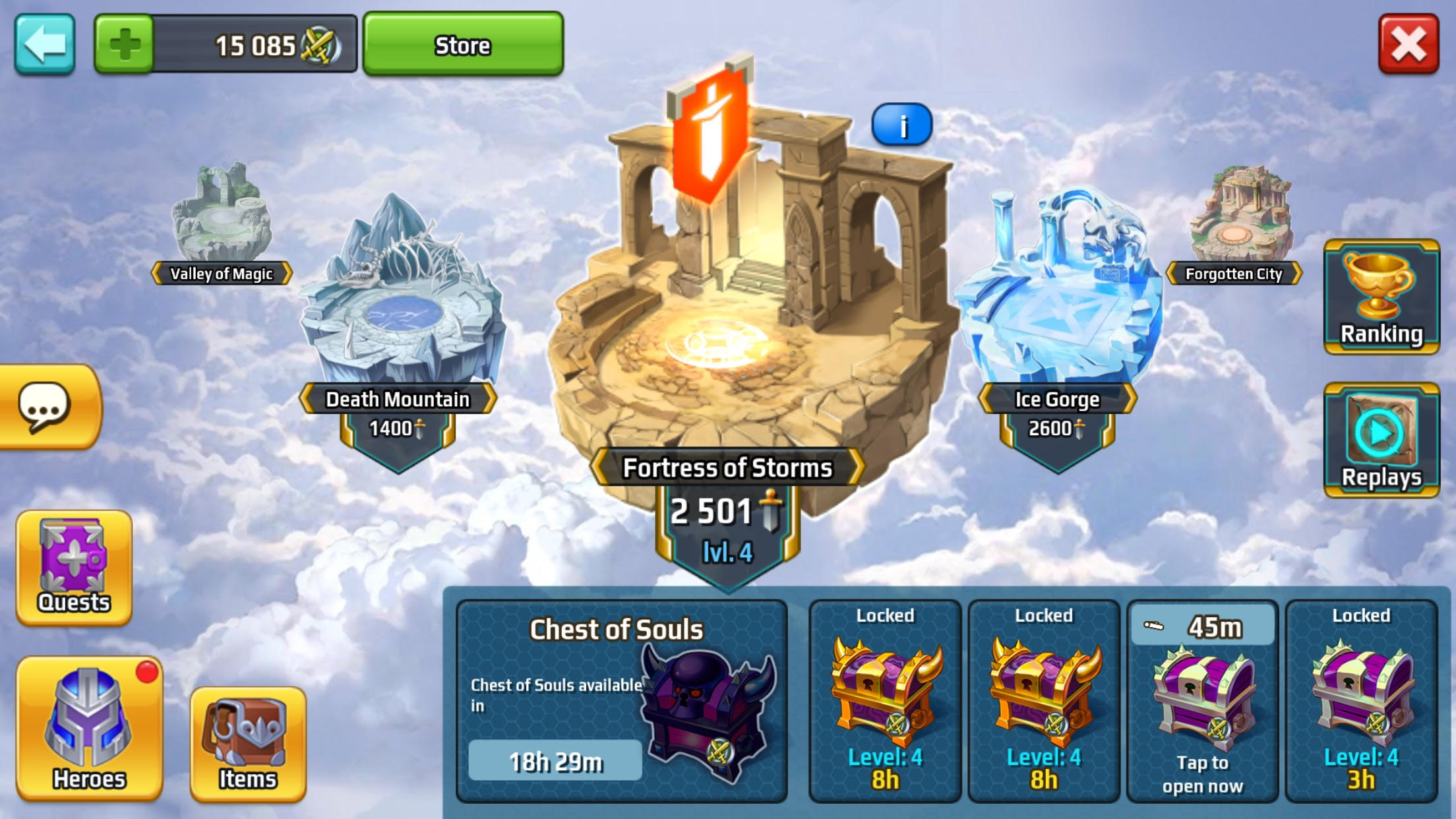 The game can be downloaded for Android and iOS.

We are extremely excited to announce that you can now play Arena of Heroes directly in Facebook!

Arena of Heroes launches on web!

You can play the same Arena of Heroes from PC/Mac/iOS/Android/Linux anywhere you have a web-browser! It's right on our website! And, just like all the...

We are giving away 10,000 FREE Junkyards (hero) for Arena of Heroes! Enter the following Redeem Code for your FREE Junkyard: PMCERVRX93PKF

Arena of Heroes launches on iPhone and Android!

Arena of Heroes is now available on iPhone and Android! We are excited to announce that v1.45 is here, and now you can battle other Guardians in the Arena...

Well done guys! But how come it is free?

Tags
Embed Buttons
Link to Arena of Heroes by selecting a button and using the embed code provided more...