A few new things have been added and prototyped recently, so lets have a closer look at some of the enemy units in Arc Vector.

Although most of the enemies in Arc Vector have popped up on IndieDB in my screenshots, some haven't been featured very much to date and little has been said about them. I've added and prototyped a few new things recently too, so let's have a closer look at some of the things in the game here:

The Archron V5000, or Arc Vector, is a powerful short-range attack ship with incredible acceleration. This rapid response combat craft is armed with a central cannon and air-to-air missiles by default. And this is the ship that you have stolen from the enemy.

The Archron Bomber is a stealth bomber with a tight turning circle, armed with twin cannons and high velocity air-to-air missiles, however it can be vulnerable due to its relatively low flight speed.

The Ball Drone is armed with a light cannon, while the Lightning Drone is armed with a high-powered xenon laser and a secondary weapon, a lightning-style strike charged with static atmospheric electricity. Both these drone configurations have a fast and stable lateral navigation ability and a twitchy combat AI that can make them unexpectedly dangerous.

The Silo Drone - so called because it launches from a small rocket silo with its blades lowered before spinning up to speed - is not particular good at pursuing targets but provides powerful defence with its air-to-air plasma charges.

These automated Supply Trucks are sometimes lightly armed but their main purpose is automated maintenance, and the repair and resupply of enemy airbases.

Plasma Tanks are designed as a powerful ground unit but their rapid fire plasma cannons can inflict serious damage against air units that aren't paying attention!

Laser Tanks don't much care what they're targeting, they will just burn them! Due to their large size, however, their target tracking is relatively slow and their xenon laser runs so hot they cannot maintain a continuous beam for long.

These Drone Carriers operate ambient anti-gravity units meaning they can operate for long periods of time over land, sea and other terrain. They act as launch and mobile command posts for a variable complement of drones.

Finally the Melosian Heavy Transport (not an enemy Archronite ship!) was mostly used as a domestic cargo vessel but upon the Archronite invasion was re-tasked with evacuating much of the civilian population of Melos. They are generally unarmed. A few remain scattered across the archipelago.

That's all for now but more enemy units may be revealed in the future! 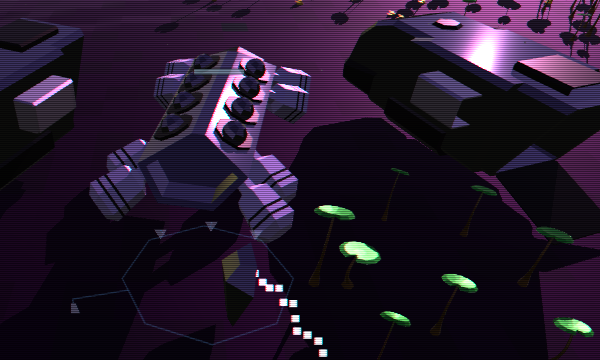