Antarix is a sandbox survival space simulator game with base building features and mission system. Build bases, defend them from hostiles. Fight aliens, explore, conquer and trade in a large universe with many star systems.

There are many block building games out there, our idea is to make a system where these building blocks can be used to craft missions from server side (dev made or player made) and can be shared with the players. Using blocks free us from developing a huge number of hand crafted assets, buildings, bases etc as everything can be built from these blocks only.

We are working on a dynamic and scalable modular mission system for some time now. Hoping to get it working for some part during early access. Main core of this is a script based editor where devs can make a level, Navpoints, story text, quest givers all inside the editor and can easily play that inside the game, then the editor generates a code that can be saved on server to be available as a mission that can be assigned from a sector space station or some other asteroid base to complete and get lot of fun out of it. Missions will be of three types -

In antarix, space is divided in sectors, each sector having structure similar to a solar system, with one or more star in center and planets and moons in orbits. There can be space stations, asteroid stations and even bases made by other players in a sector. Community builds like trading hubs or warp gates can be present too. Lot of stories and things are hidden in each sector, mostly in form of artifacts, each having its own story. there will be no mention of such things, will mostly be like easter eggs. each having its own rewards. 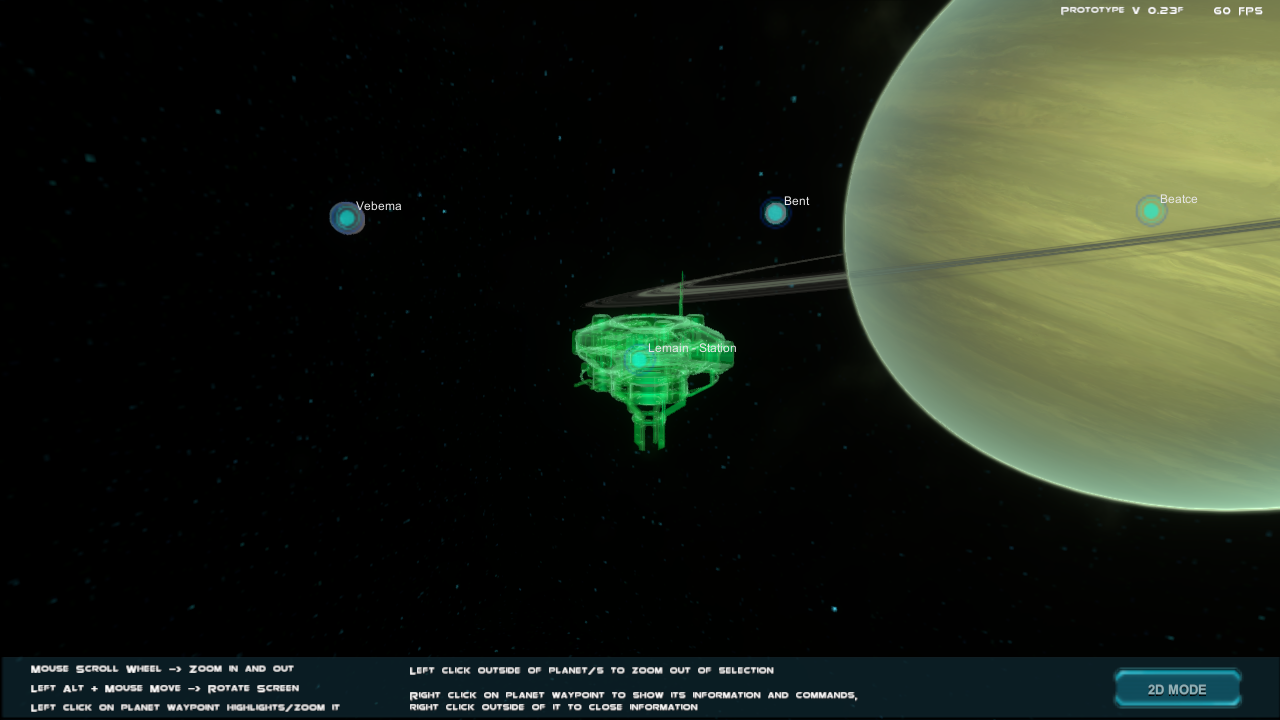 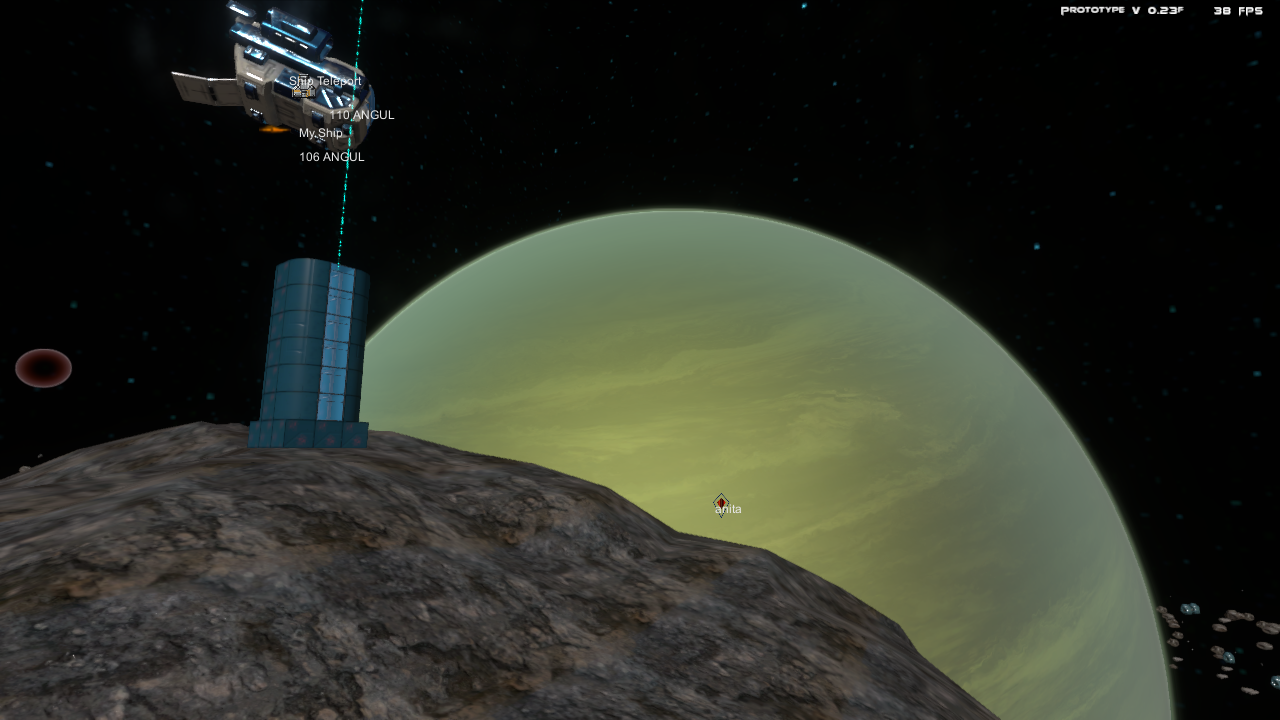 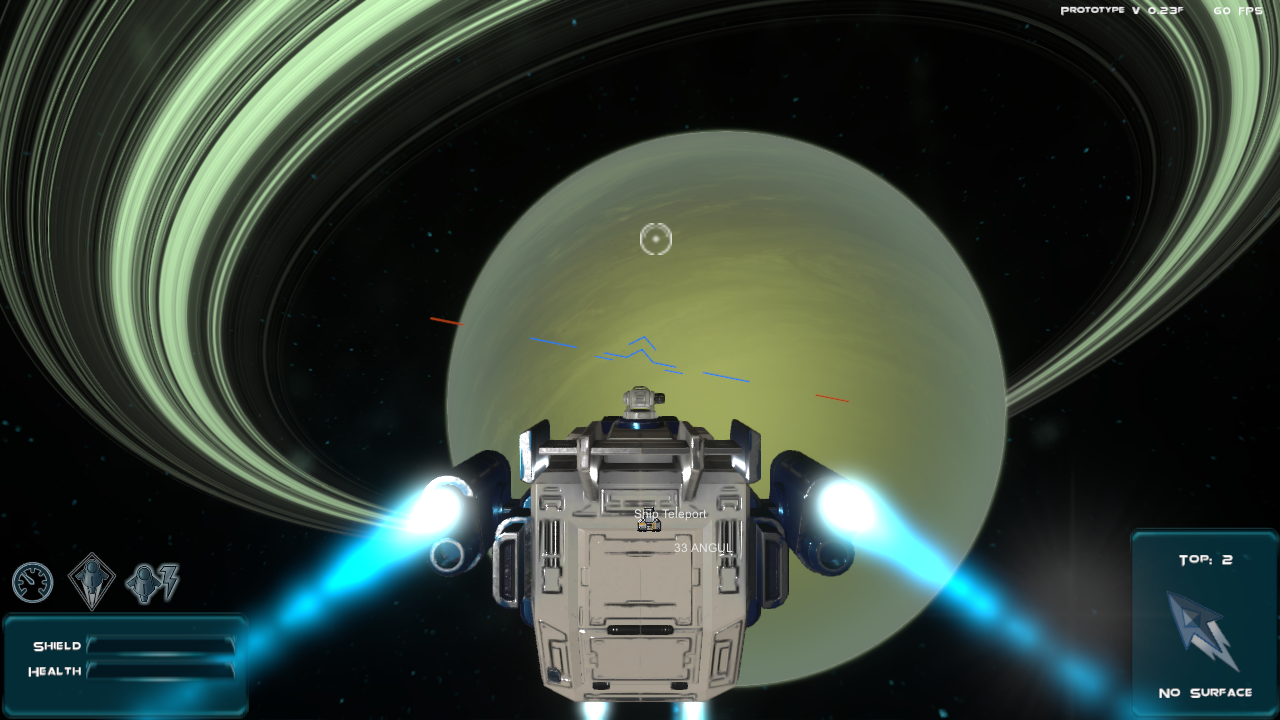 Players can travel to all of those locations using their Ships. They can have ships either bought from the sector market using the earned in game currency, or build one of their own using building blocks. Player build ships and bases can be shared directly from in-game or can be sold on the market to earn lots of currency, if you ship build is amazing it can even be auctioned in a sector auction. 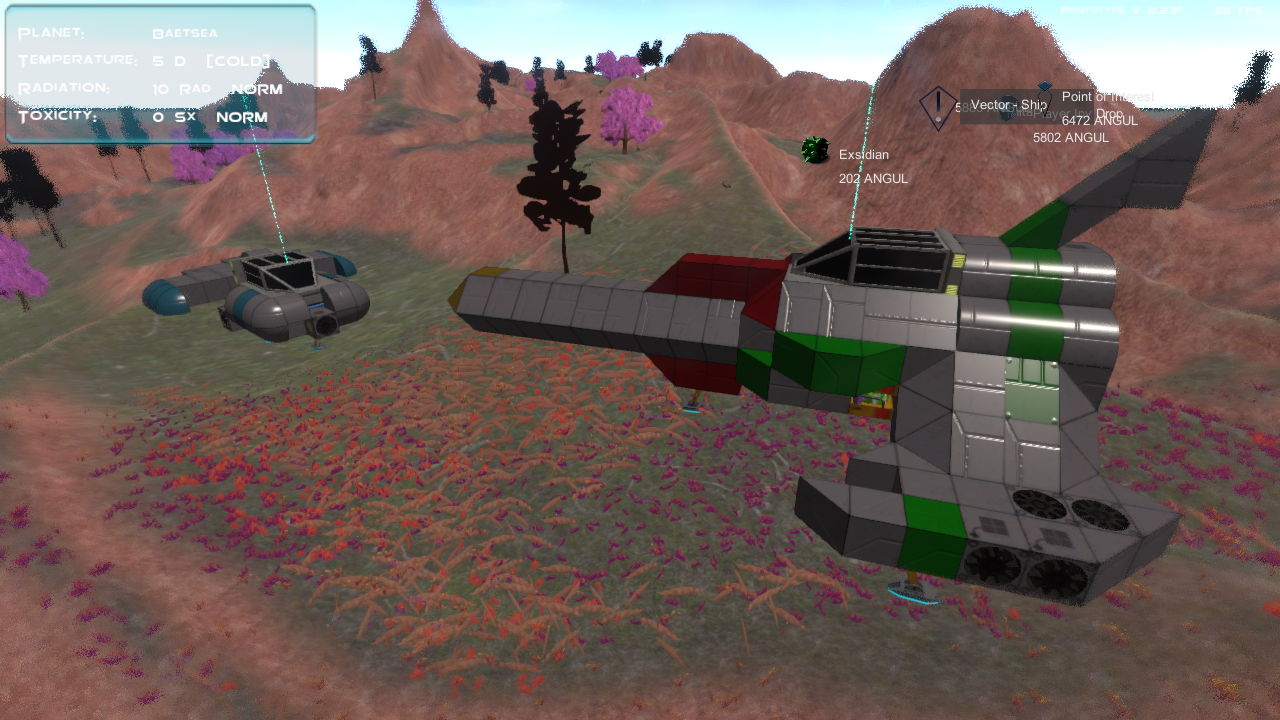 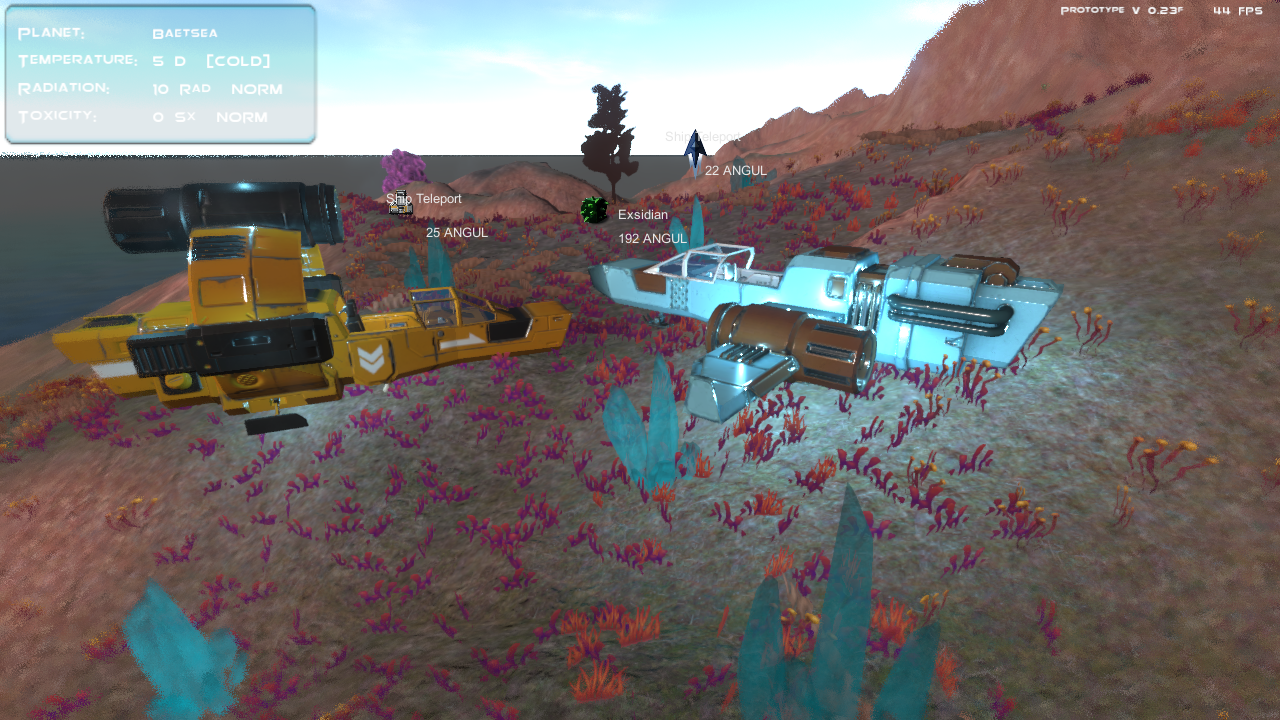 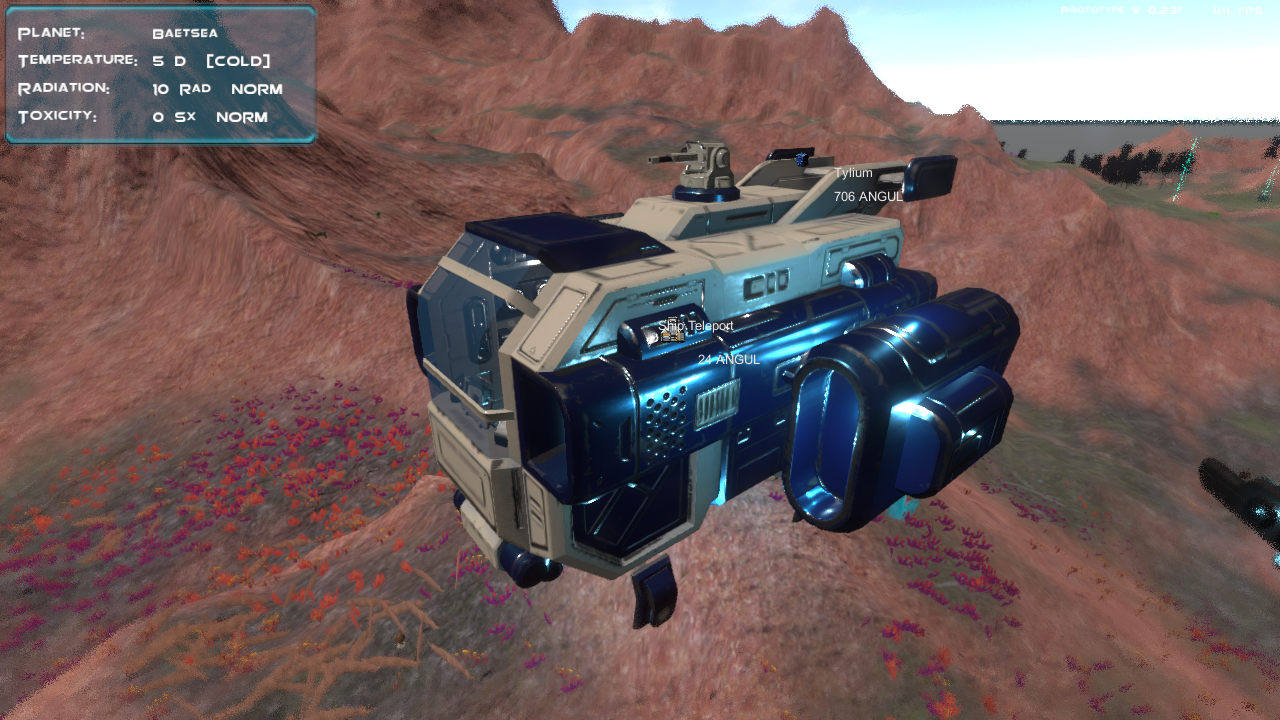 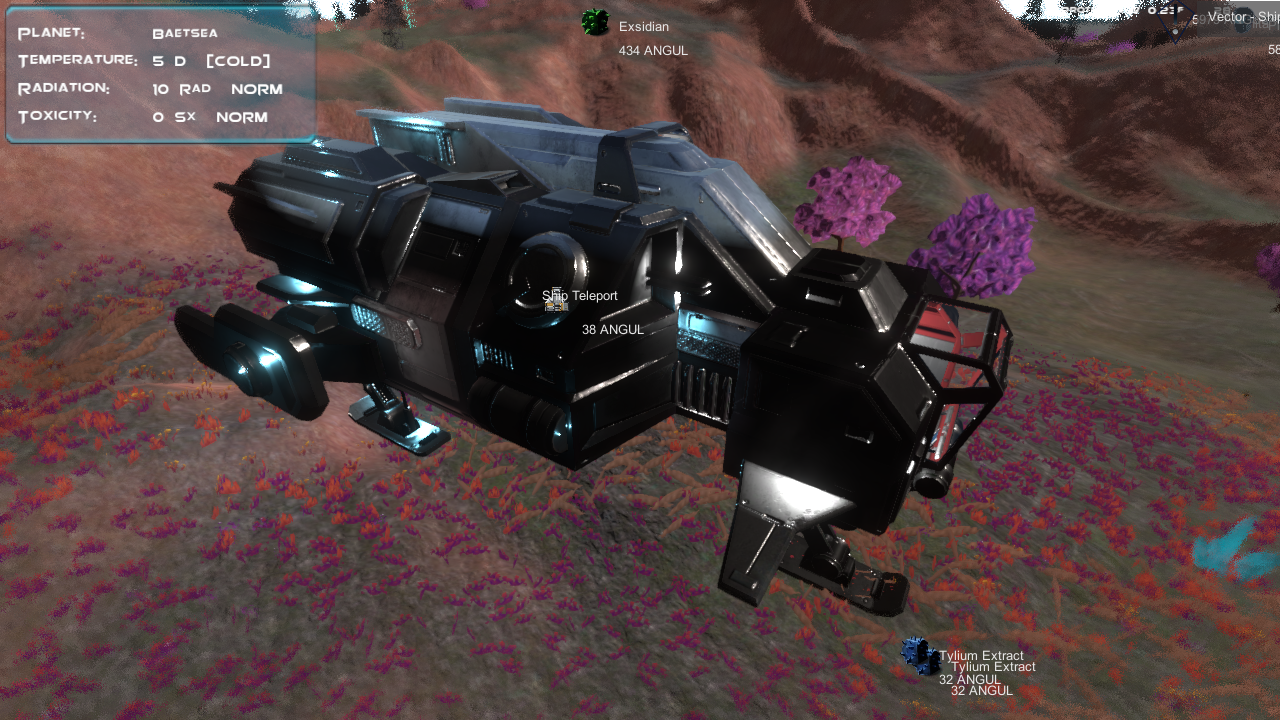 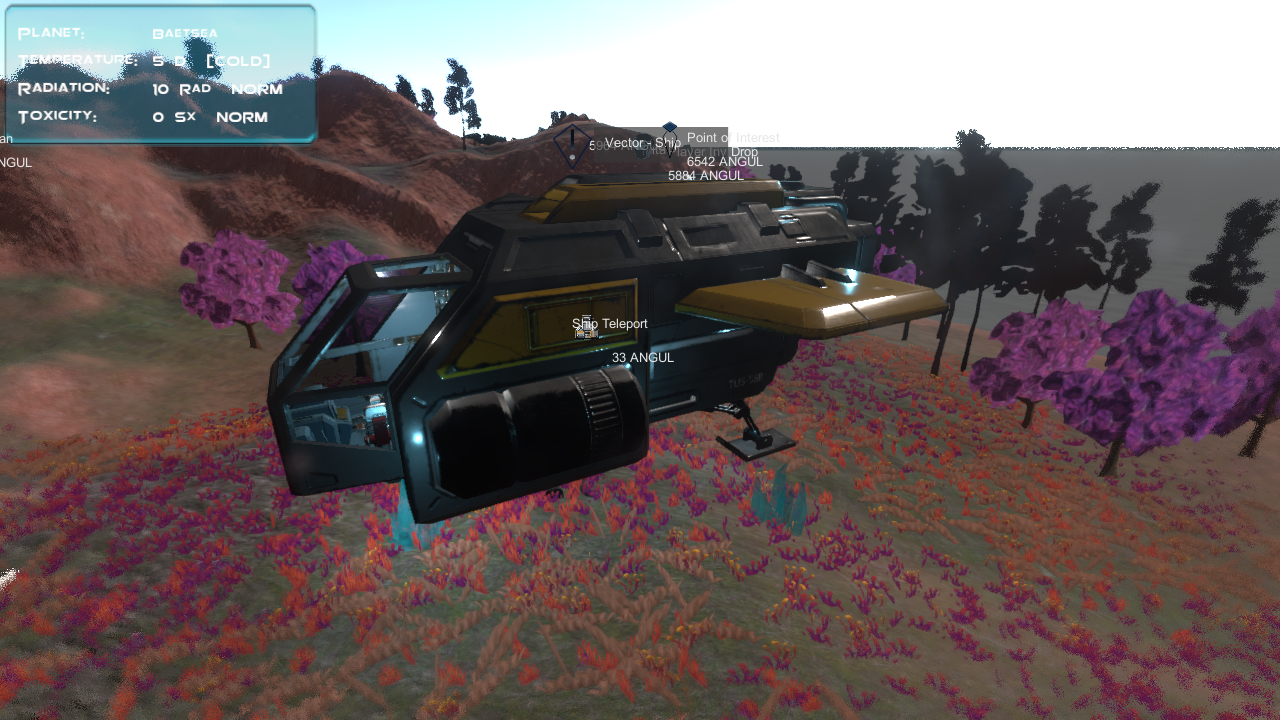 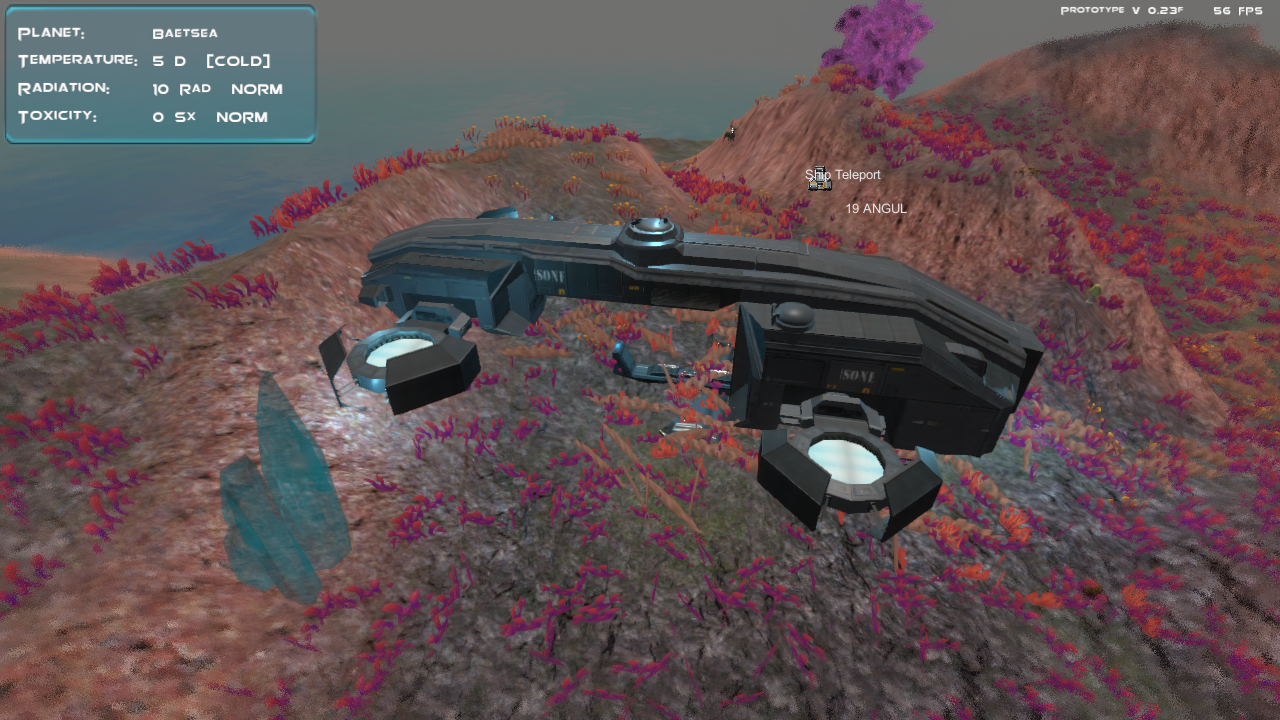 Solar systems are hand crafted from the server side to provide story to the missions/campaign available by the mission system. Players will be provided a option to submit mission stories and selected stories will be made as game missions. Having handcrafted solar systems gives easy access to locations to craft stories from.

Antarix universe is made up of many sectors that are dynamic, it's not hard coded in game, so planets can be harvested fully, terraformed or fully destroyed with large weapons that can be created by empires/factions only. Divided in sectors, each sector is a solar system in itself. Its persistent that means whatever changes you make to the universe like make a base somewhere, this base can be seen and visited by other players, in the later releases of the game other players can also loot your bases if they want, so you have to also defend those, even if you are not playing your bases remain there. Same goes for ships, if you don't park your ship to safety it's basically a sitting duck when you leave them in open, It's recommended to make a base somewhere on a planet and park your ships, vehicles there. 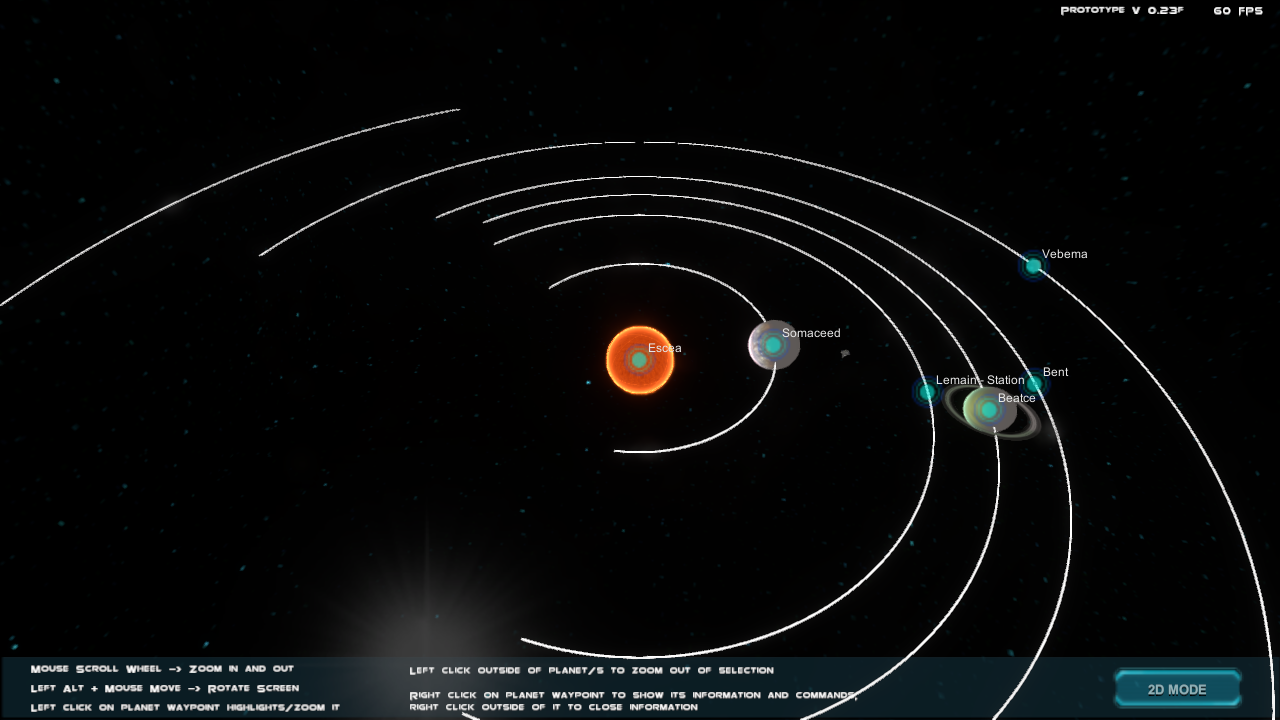 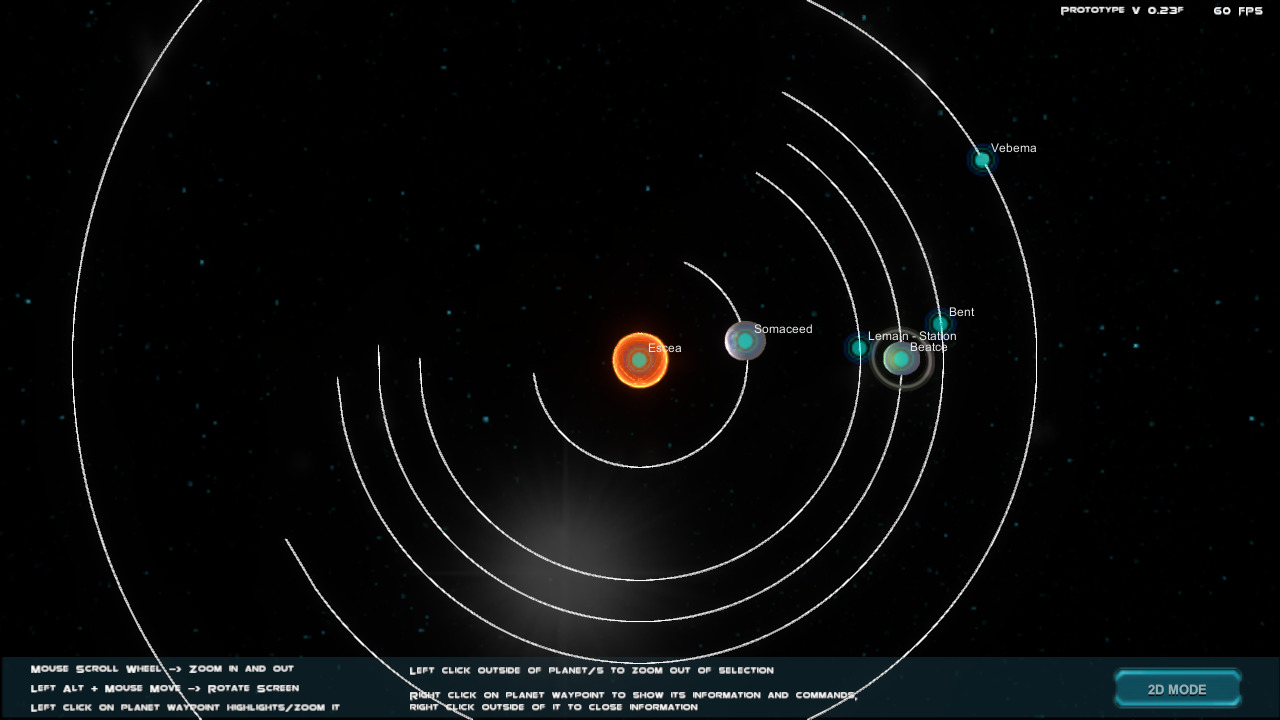 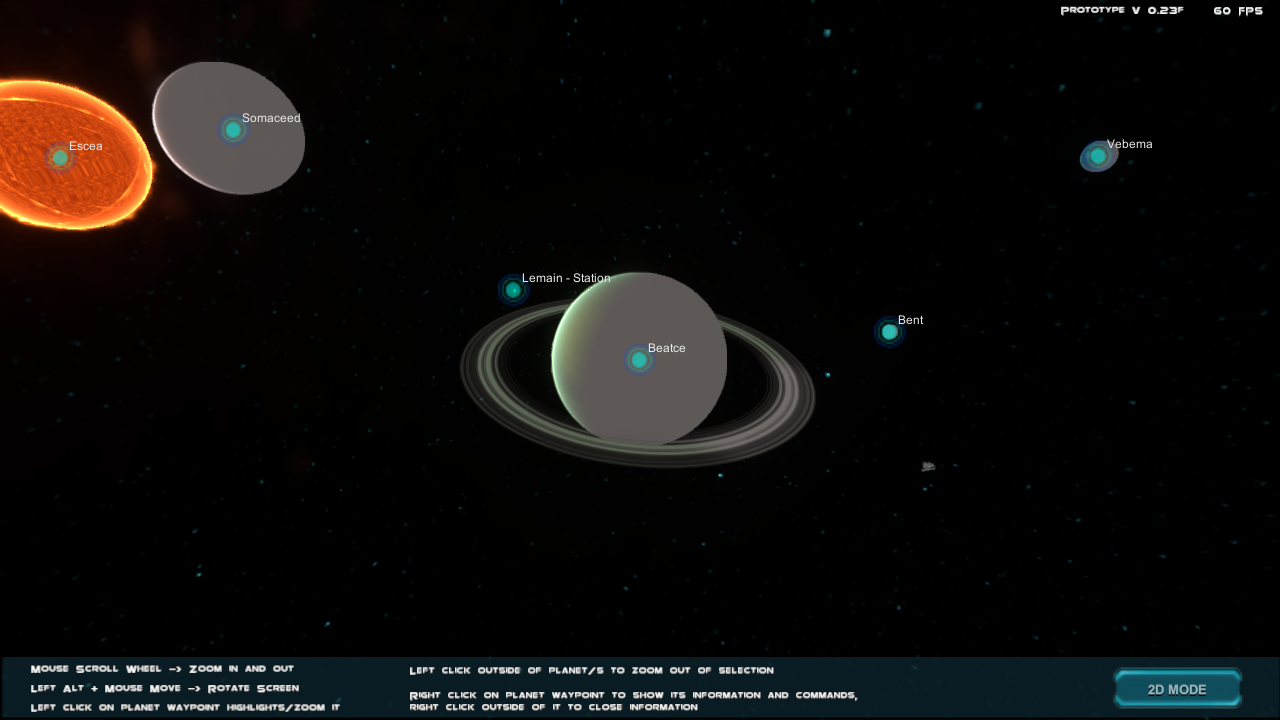 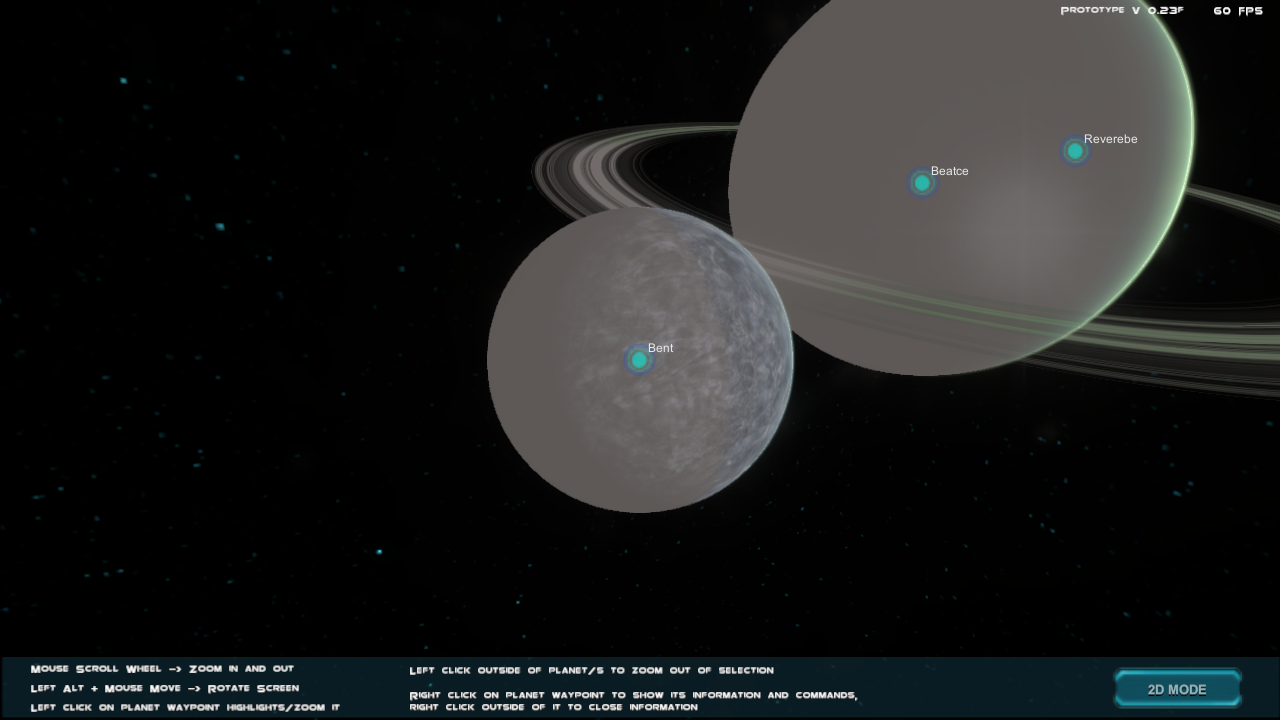 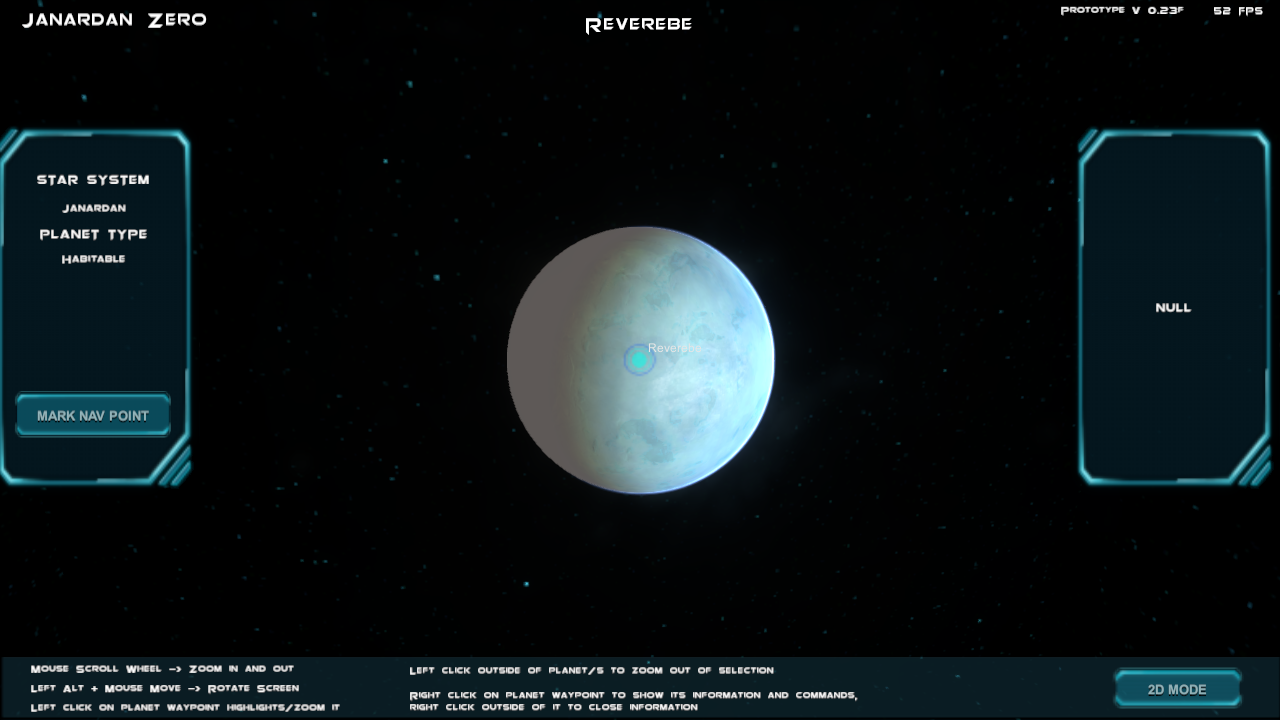 Players can land on any planet / moon / asteroid. Planets have their own characteristics ( type, gravity, atmosphere, surface, vegetation and resources).

You can harvest lot of resources, hunt animals, raid alien bases (in future versions raid player bases too) and sell them in space stations to earn in game currency. 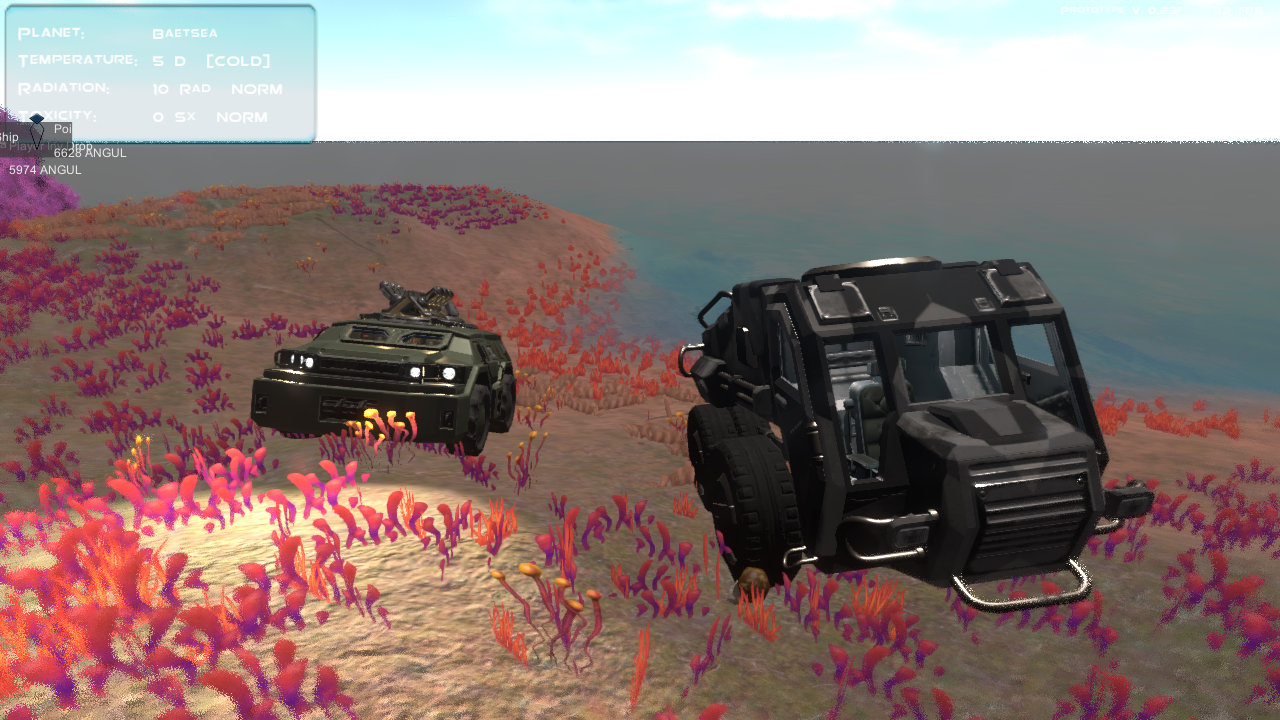 Mining for resources is integral part of game economy. Miner is not a separate job because almost every role player can do it, all you require is equipments to do mining, than you can do it either in asteroids, or inside planets, planetoids, planet moons etc. mining is not just going somewhere and start digging, it's more of a research based work. so here your community might come handy, you can share information of research with players you want so that you can mine together and grow as community. Planets have different resources, some sectors might have planets that contain very lucrative resource and you can share that information with your faction to get strong together. As the game progresses resources will go scarce and get hostile to harvest, so you have to venture out far in the sectors or jump to another sector to get more resources. 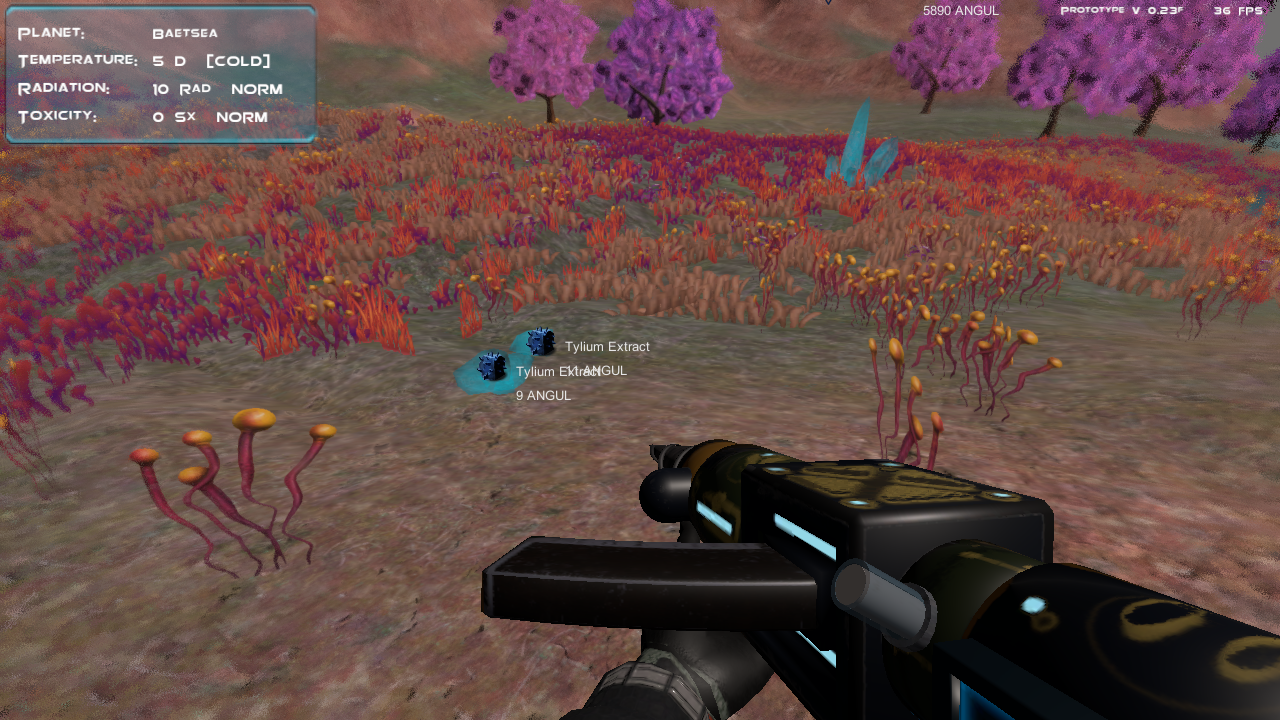 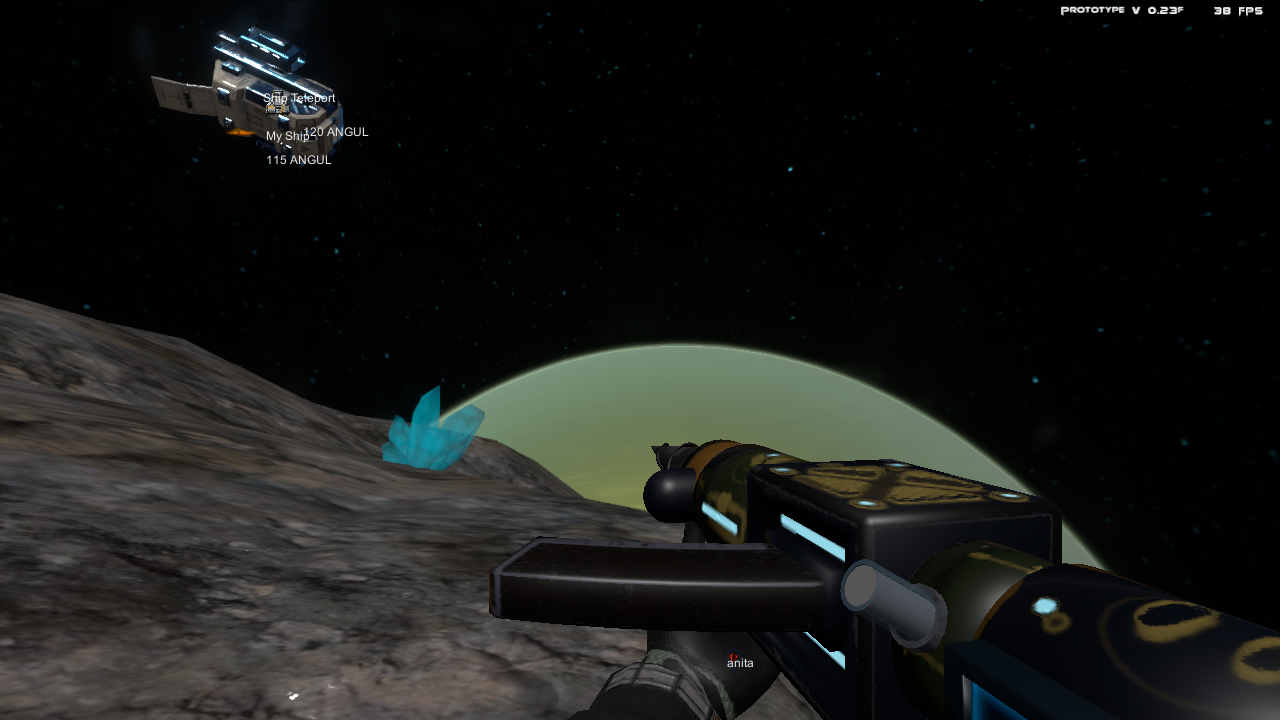 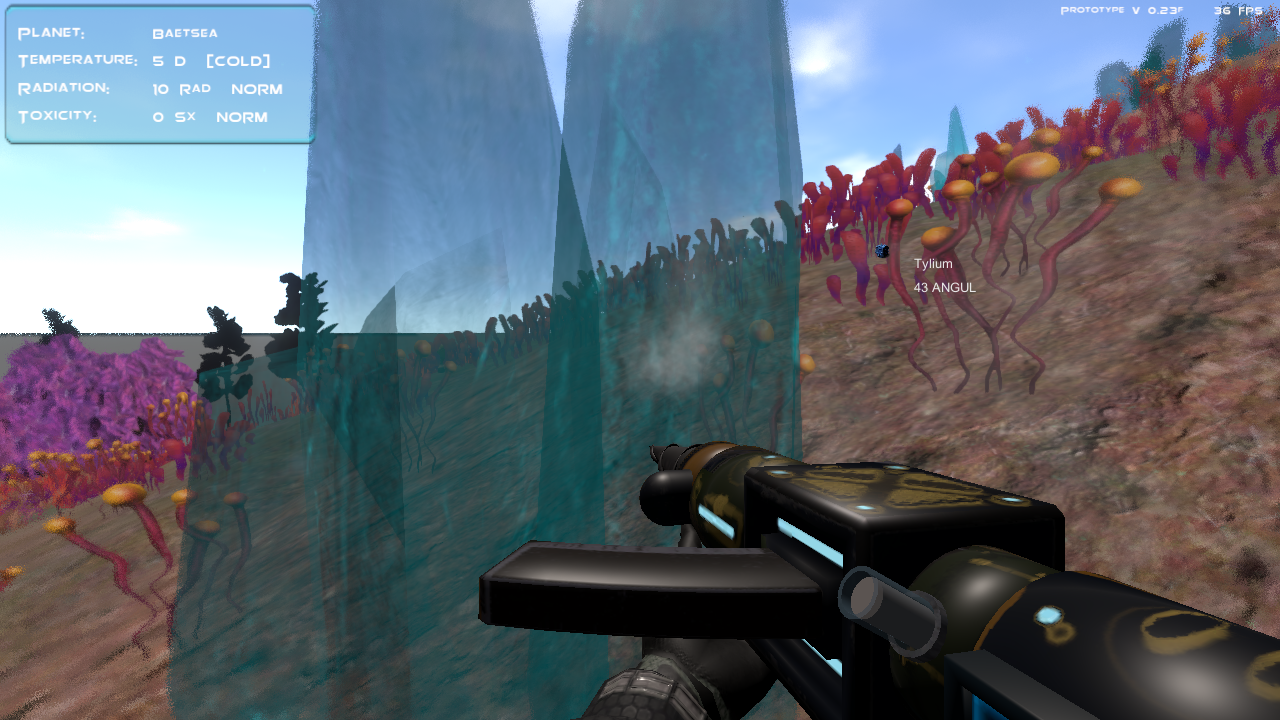 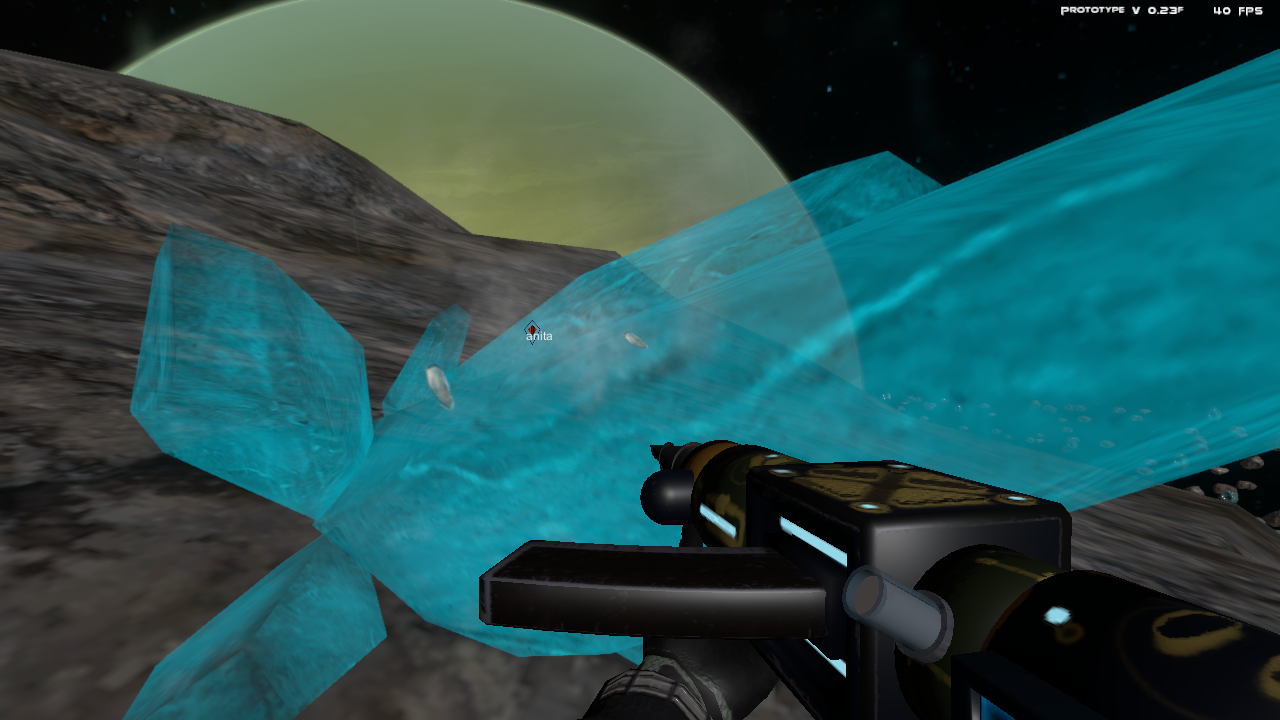 Build large bases uses a simple block building system. Most of the base structures can be fabricated in a fabricator provided early in the game. And exotic blocks can be bought from the sector market. Bases can be built to capture entire planets (how owning/capturing a planet will be done is still in planning phase) 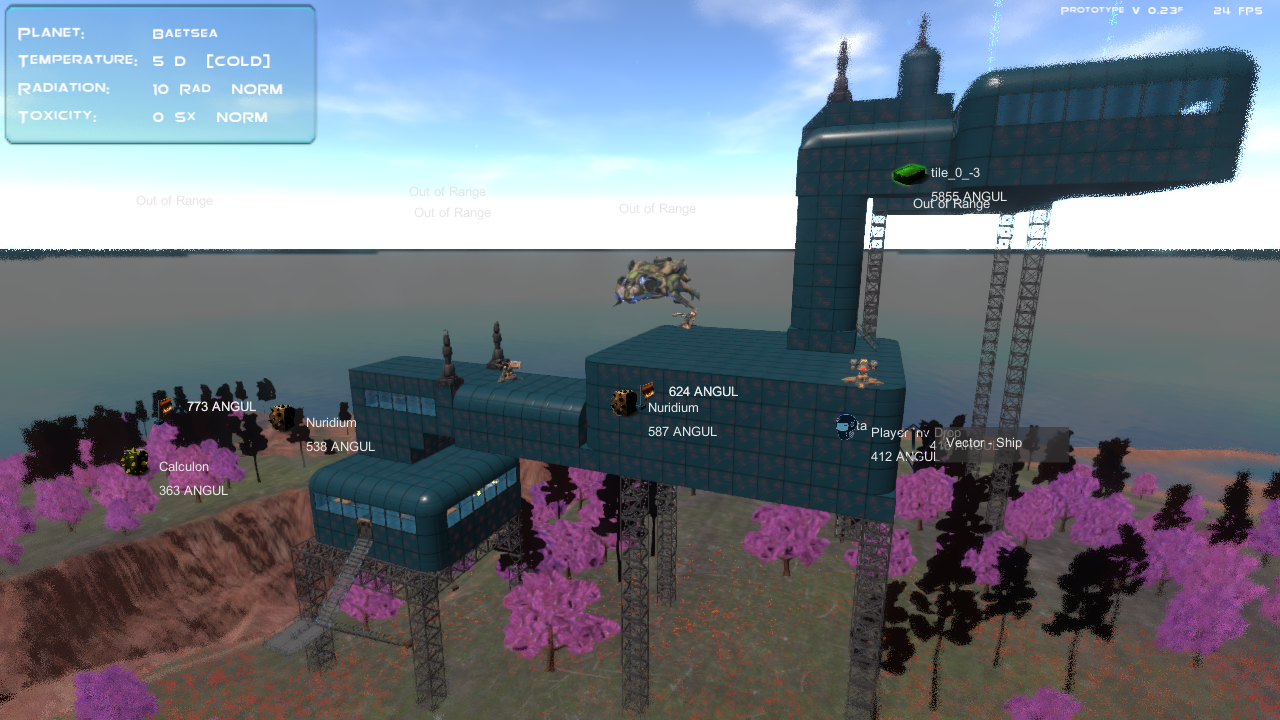 Land Vehicle building - You can build your own land vehicles using provided blocks, add your engine, tyres and let it run on the planets.

Water Vehicles building - you can build your own water vehicles, boats, even bigger ships that can hold other ships. 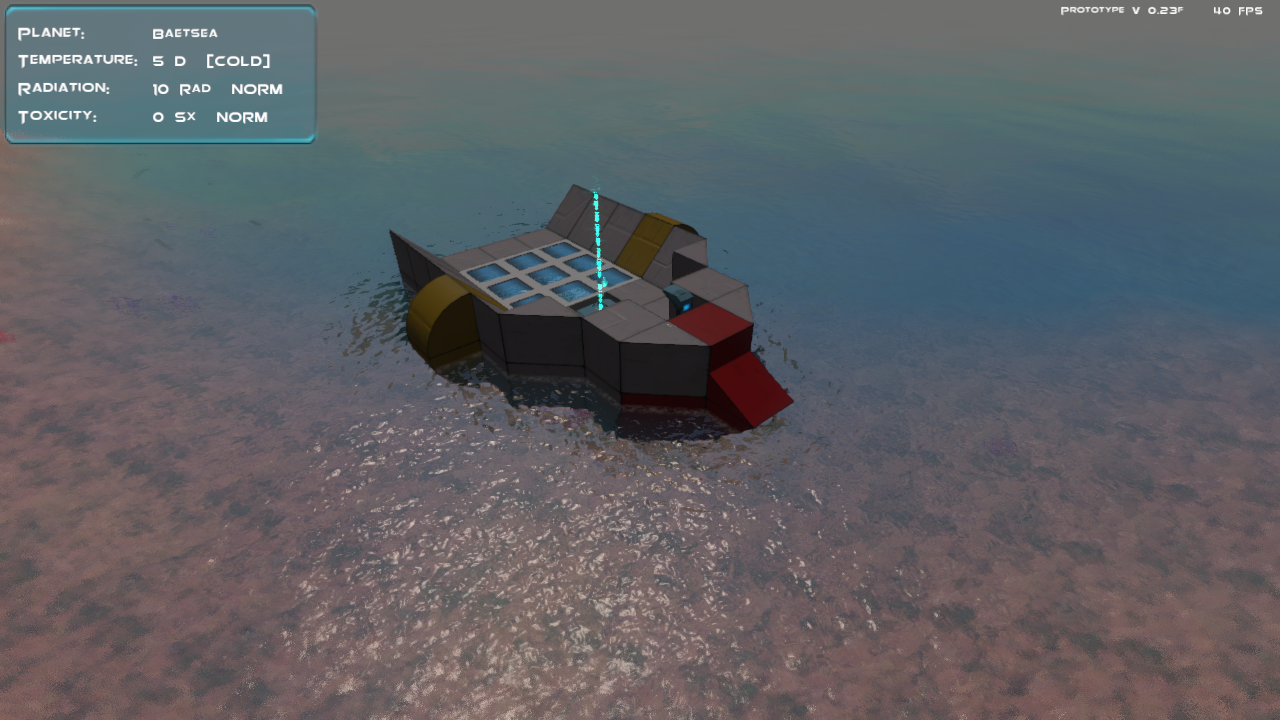 Build Space Ships - you can build your own spaceships too, small ship to large ships.

Bases can be shared from inside the game itself and can be downloaded by other players to use for themselves or can be utilized to craft future missions.

Hunting is simple, shoot any animal you see and loot. Farming system is still being developed and will be available with the early access version. Where you can grow different type of plants. Finding plants seeds is the real deal. Some plants are so rare and exotic you might have to jump several sectors before acquiring one of it.

Most of the things you do provide you experience points, that decide your ranking in the game. In mission system, your experience will decide your level and some missions will not be available to you unless you get that shiny new level.

We are planning to have player vs player combat close to beta version, in that scenario players can see bases made by other players and cannot make a base in the range of 200 meters of other player base, having you to combat for space. Because of lots of players are playing on a planet than space will be a problem, and you have to destroy any player base to make in that 200 meters of area. However once a player has bought a planet or conquered it. Then owners bases cannot be destroyed. Players have to pay a certain rent charges to create their bases or fight regularly with the planets droids army that always try to assert the power of planets owner.

When the End Comes

Game will have a server cycle, so you keep playing build yourself and when the cycle ends some great story event will occur, and all hell will lose. All you have to do is survive the event and see if you can stand a winner or wither in the war.

Still in planning phase. However as per now we are thinking to factions decide on weapons and ship types and factions dominating certain sectors, driving players to play defensive in sectors that are dominated by enemies and also will generate rivalry between players.

So today morning i woke up, opened my mail, and saw

"Your title Antarix has been greenlit" from steam team

i was like, are you kidding me, ARE YOU KIDDING ME, so much fuzz, and then one day you just greenlit Antarix. it was a shocker, but a good one, puzzled, i did what a sane man will do, just started sharing that news everywhere i can :D, man its good to be greenlit.

For those who are still in queue don't get discouraged, my experience says that if you were close like up 10-20% way to the top 100 , you will get Greenlit. its the valve team now that is doing the work, not the votes, they are checking games manually and if they find the game worth they are giving greenlit.

Important point is all our votes were legit, we got contacted by many vote swarm companies, never listened to them, we wanted honest votes because they are those who will buy the game, not the scammers.

once again my heartfelt thanks to all those who supported us.

Antarix Indiegogo campaign has been launched!

Antarix has gone live on Indiegogo, aiming to raise $15000 to fund development.

update on development, antarix website launch and forums are up. information about alpha release and some gameplay elements in alpha.

bug fixes as detailed in the description, last version had one major bug.

pre alpha styrofoam, as discussed on antariks.com, for tutorials visit forums in tutorials section. watch those and then you can easily play game.

Demo coming soon (may be this month itself), i am waiting for players to subscribe, ones they subscribe in some considerable numbers, demos will be given to all of them. (subscribe to my twitter, or just add game to watchers list), all watchers will get the demo, and twitter followers who tell us they are following the game.

This game is raw. This game is ugly. But this games seems to have everything I want from a game. Keep going buddy!

Forums are active, for those coming on the page, please do visit them.

how you guys want to travel inside a sector, slowly like elite or using fast travel like warping basically? is flying for few minutes to many minutes to reach distant planets or point of interest is part of immersion or simply boring?