Altitude0: Lower & Faster is an extreme air racing game for PC. Crazy low and risky flying is the main focus. Crashing will happen, planes will burn, get deformed and parts will fall off. No worries, pilot always survives!

Play solo or multiplayer modes and collect plane parts: propellers, winglets, spikes, fins and many more. Recognition badges will be given to players who are dedicated to playing more or are just simply great.

A long awaited plane customization update is here!
Play solo or multiplayer modes and collect plane parts: propellers, winglets, spikes, fins and many more.
You can get parts for the plane you are using by collecting racing points - more racing points means more parts.
Once you collect all parts for a plane you can start collecting different color sets: chrome, green, bronze and more.

No plane part is an absolute winner, you will have to playtest and explore what's the best combination of parts for you.

Another big feature with this update is badges. You will see them on player profiles and you can also stick them on your plane. These are recognition badges given to players who are dedicated to playing more or are just simply great. 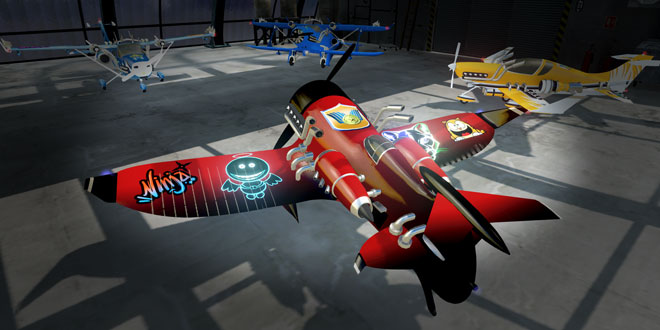