Alas Mortis is a multiplayer deathmatch, survival-horror game where a group of citizens are trying to survive the hungry jaws of some type of flying, bat-like demonoid. Play on various maps, and avoid the winged beast.

This game is my main project, my baby. It's what I'm using to develop a better grasp of the Unity Engine for when I delve into future horror game projects.

Alas Mortis is a horror game, that's multiplayer. Two teams. 9 players play as everyday citizens of a small town trying to survive on a variety of maps (Farmland, Abandoned Hospital) with two maps mentioned coming out in the early access part of the game, with more levels coming out during development. The other team consists of one player who plays as a demon who's goal is to hunt down the 9 players within the time limit using a variety of abilities, and weapons at his disposal. The demon is more-so a humanoid-bat creature and will have the ability to fly around said maps. The human players have no weapons, and must hide to survive. Think of it as a horrific, gruesome, terrifying game of hide & seek.
It's being made in UDK, and hopefully will be released on Steam. It's going to be free-to-play so anyone can pick up the game and play it. 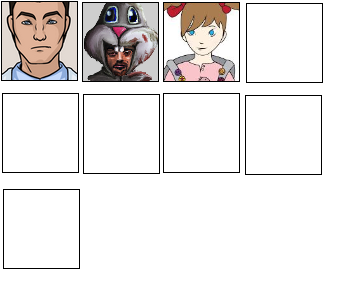 So, hopefully Alas Mortis interests you, and you'll start tracking this project!

So, it's nearing the end of January and I've decided to write up a little update regarding the game in general and where I intend to take it in the comings months, and year. So, without further ado let's press on to the news.

I said I'd take the community's opinions into account, and people weren't too keen on the implementation of the Possessed character being with the Demon, and just in general weren't fans of some of the modes I had intended to come along after the "early-access" release of Alas Mortis. So, the initial release will stay true to the original game-mode where the demon is hunting the players down, and staying true to the hide-and-seek concept I had originally planned the game to be. 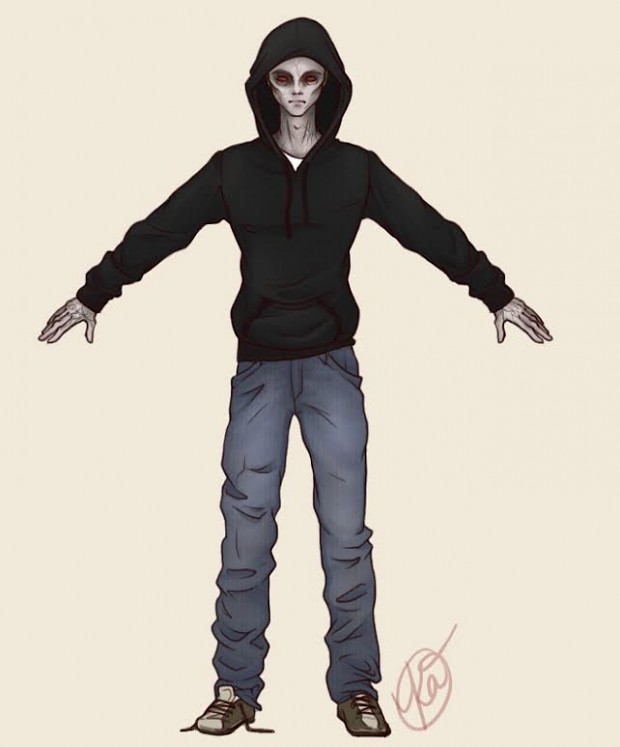 We also have some concept art finally drawn up for the Possessed character who is still very much going to be in the game, and still serve some purpose. This will stem from a newly crafted, and thought out Possession mode which will come out either in the early access, or some time after. This mode will play similar to 'infection' game-types nowadays where The Demon will be armed with his Possession Skull and can lob it at enemies to possess them.

However, the Demon can only score points if the Possessed players score kills, but they'll only be possessed for short amounts of time before becoming normal again. While in a state of possession the demon can control the player, and use the player to kill the other humans, and gain points. For this mode, The Demon is only armed with his skull, but if he kills a human he won't be awarded any points, and more so gain penalties via negative points (much like suicides/betrayals in most competitive games nowadays). This will also work in the same vain if a human player attempts to commit suicide to cheat the Demon out of points. If a human commits suicide the demon is automatically awarded one point.

I'm still trying to figure out how the human players can score points besides the typical run-and-hide which features in the core game-mode. I'll accept suggestions, etc. 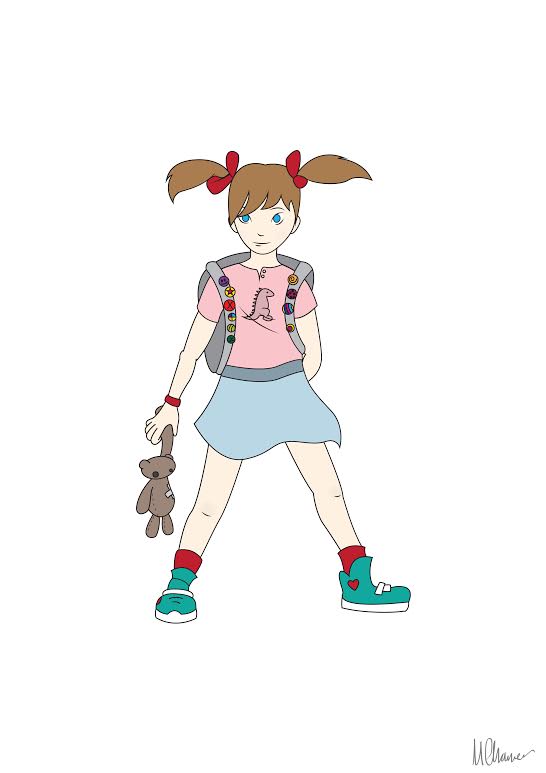 We've also revealed another one of the playable humans, with this lovely character being Amelia Stuart. Amelia is a ten-year old girl who joins up with the other survivors once the demon begins picking off those who have sinned. However, Amelia is unique in one aspect where she's being hunted, but is the only of the humans being hunted whom hasn't sinned.

The reason for her being in the game, and being hunted by the demon is very heavily being written in the plot, and backstory of the game. More will be revealed later.

I'd like to thank everyone for following, and supporting my endeavors with Alas Mortis. It's my first attempt at designing something in the Unreal Engine, and I hope you all can enjoy it when the early-access launches.

An important update regarding the new direction of the game, as well as some fun details.

An update as to why I'm making Alas Mortis, and some details about Faceless to hopefully uncover why my comments are being downvoted.

Some new details about Alas Mortis. Mainly about what to expect with the game, and we even talk about one of the revealed human characters.

That seems sort of cliched, no offense. Plus, I feel like after players see it for the initial time it would lose its appeal. Thanks for the suggestion though!

What do you use to create the characters and will you make detailed versions of them, like the man in the bunny suit?

Well, concept artists draw them up and the modelers will model them in programs like Blender, etc. And yes, they'll be detailed.

I would like to know, will this be singleplayer too?

Not right now, no. I've been throwing around ideas in my head for a single-player component sometime after release.

You can help by tracking, and supporting the game! The boost in fans and people wanting to play helps give us inspiration.