Air Missions: HIND is an action combat flight simulator based on the Russian Mi-24 Hind assault helicopter. You will be deployed to the battlefield either on your own or with a friend.

All three new missions taking place behind arctic circle. First one is about attacking the fleet of tankers floating through dangerous waters with icebergs. Second mission is for lovers of door gunner - objective is clear the oil platform from enemy, with mentioned weapon. But, because it is one of latest missions, it will be not so easy, there are many gas tanks ready to explode and ignite entire platform, you intend to capture, like a torch. Third one is about allied submarine need you escort through the dangerous area of frozen Yuzny Island. 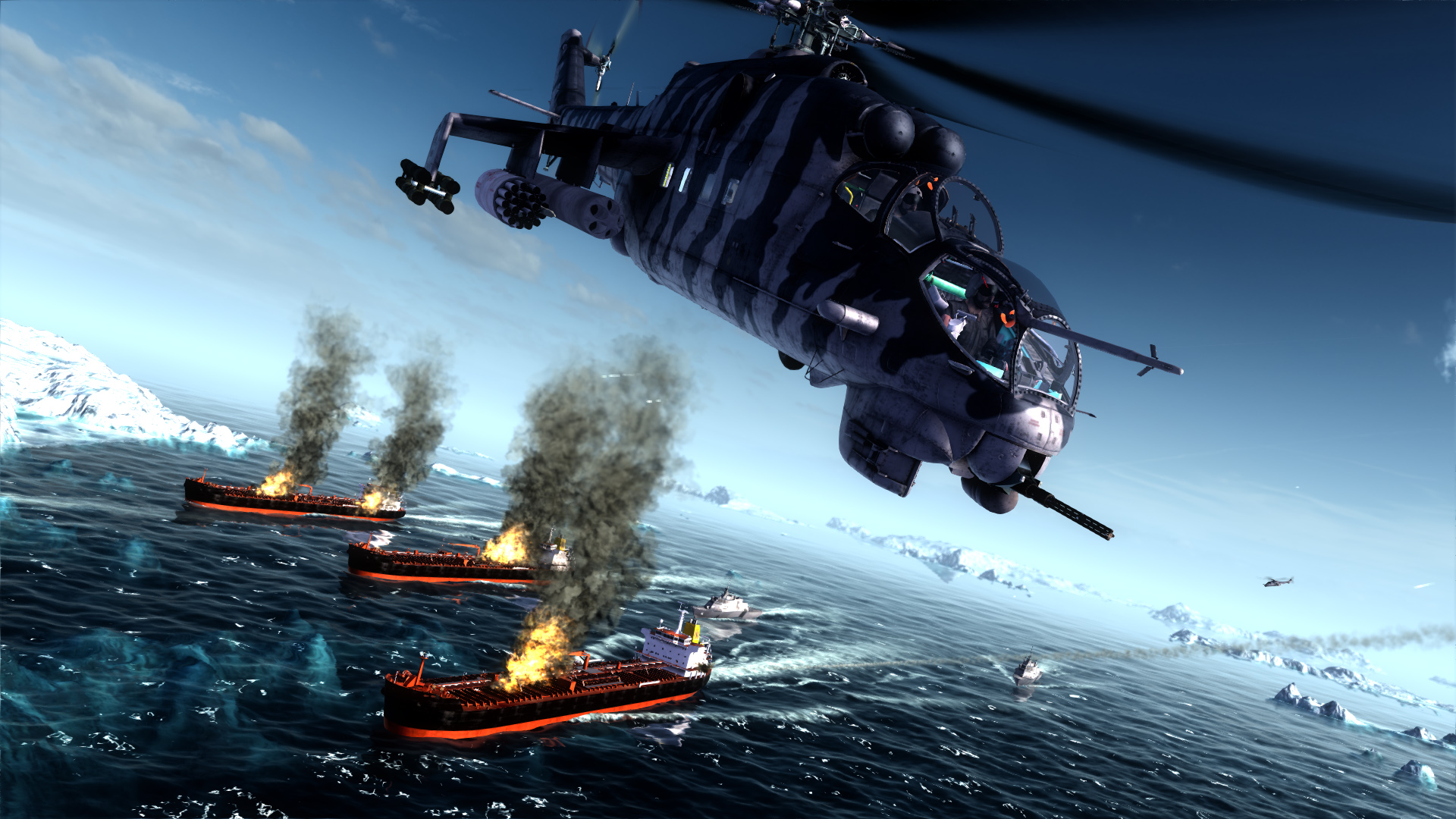 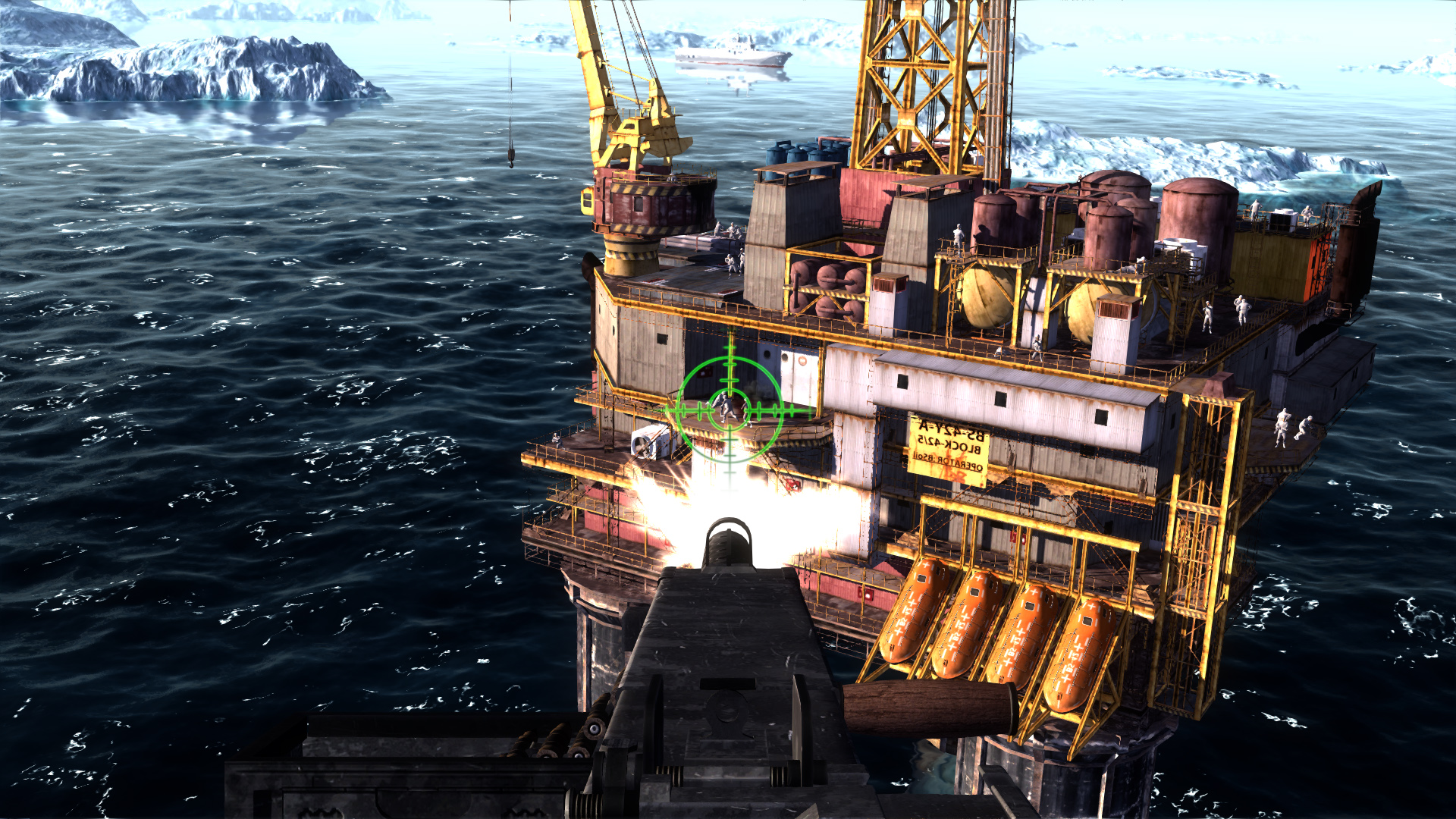 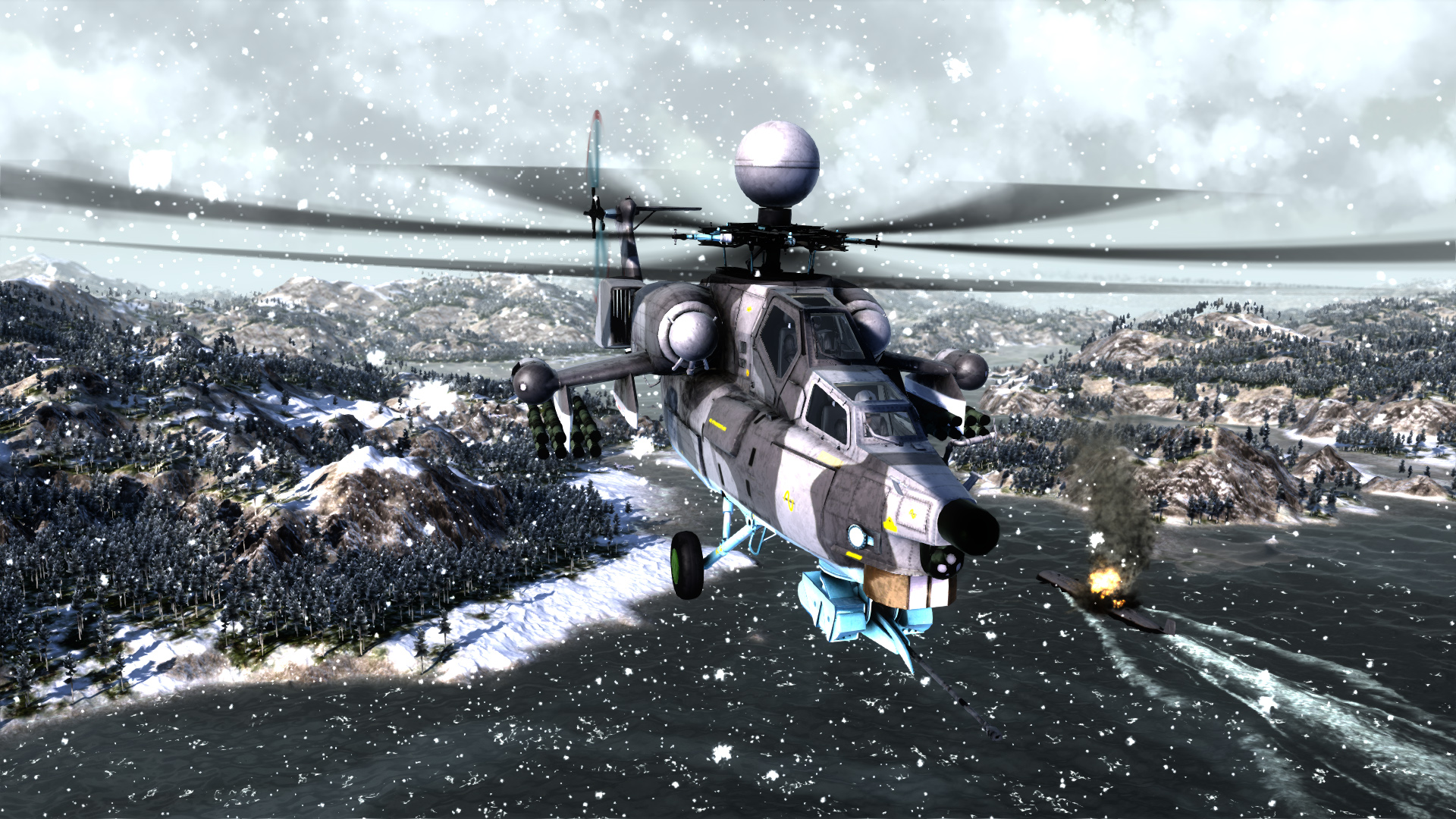