Aetheria is an MMORPG which focuses on challenging dungeons, cooperative group play, fast paced PvP, and important crafting elements. Aetheria utilizes action combat, which means no targeting and no standing still while casting, ever! This makes for an intense situation every battle, whether it be with other players or with fierce monsters. The land of Aetheria is unforgiving and harsh, so make sure to bring friends and guildmates on your journey.

Dungeons
Dungeons in Aetheria feature complex boss mechanics and require at least 5 players to defeat them (Some will require 10 or more!). The rewards are great, but failing to execute mechanics will result in death!

Player vs Player
Fighting other players in Aetheria can be done in a PvP arena or via Guild Wars. Combat is fast and requires quick reflexes to destroy your foes.

Crafting
Crafting is an important focus in Aetheria. Some of the most powerful weapons and armor can only be crafted. Crafting also is highly integrated into the progression of the storyline.

Achievements
Achievements are an extra milestone for players wanting to show off their skills in Aetheria. With categories ranging from Crafting and Exploration to Dungeons and Quests, there is a fun achievement for all types of players!

Costumes
Costumes in Aetheria allow you to override the appearance of any of your current armor or weapons with any other piece of gear in the game. Customize away!

Familiars
Each class and specialization in Aetheria has a unique familiar which can be summoned to fight beside you in battle against other players or monsters.

Quests
Aetheria features hundreds of quests which will require you to craft, kill, collect, interact, and much more. Rewards for completing quests are important and some are even necessary to enter various parts of the world!

Guilds
Conquer the world of Aetheria alongside your friends by creating or joining a guild! Guilds are a great way to keep in touch with friends. Guilds can also enter into war, making nearly every area of the world open for combat for warring members. War stats are tracked and even influence the rank of your guild.

The final chapter of the Elemental Disparity update is here! Who is the mastermind behind the corruption of the elemental guardians? Quest to the deepest parts of the Pinnacle of Elements to find out and save Aetheria from imminent destruction! 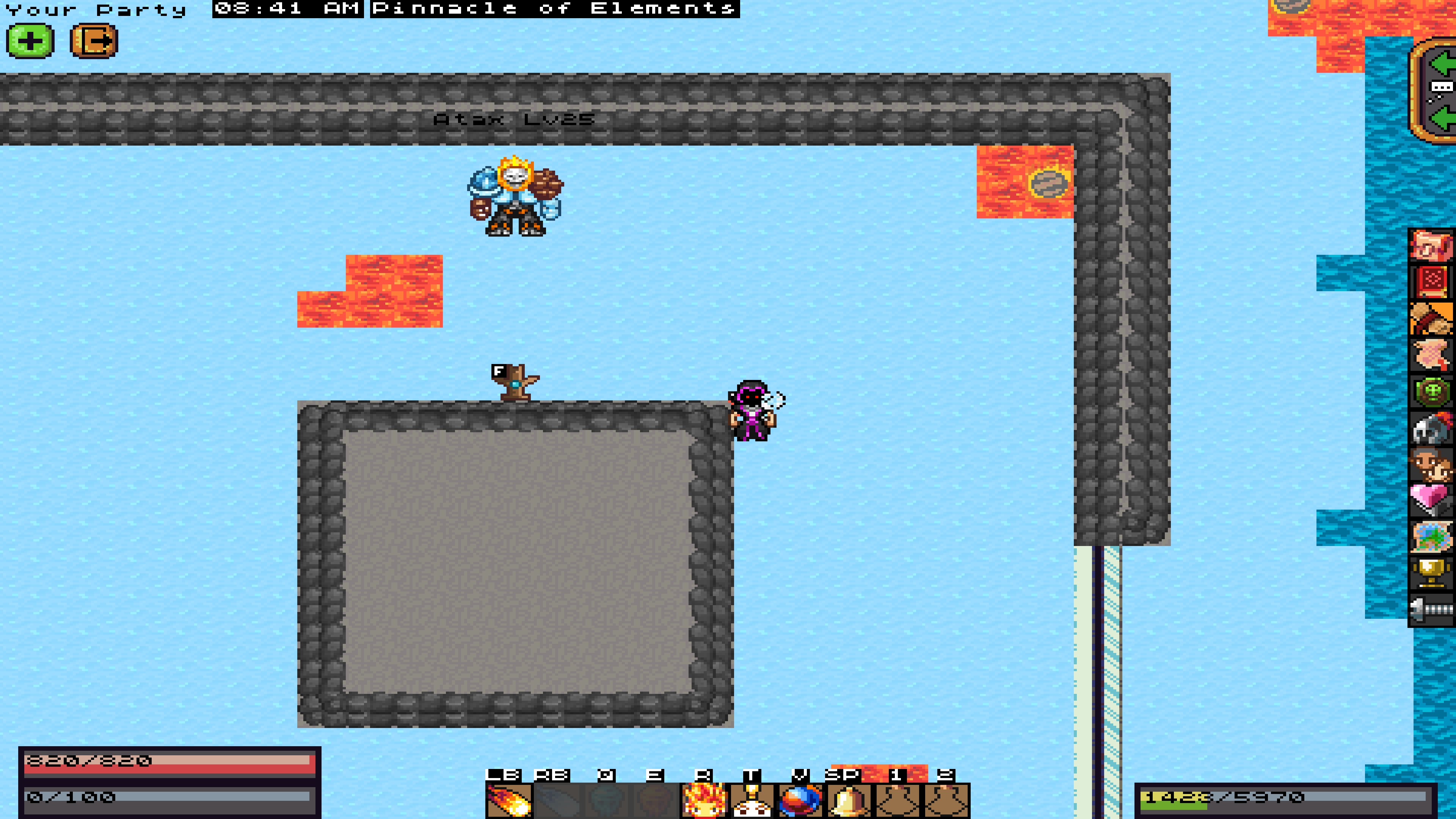 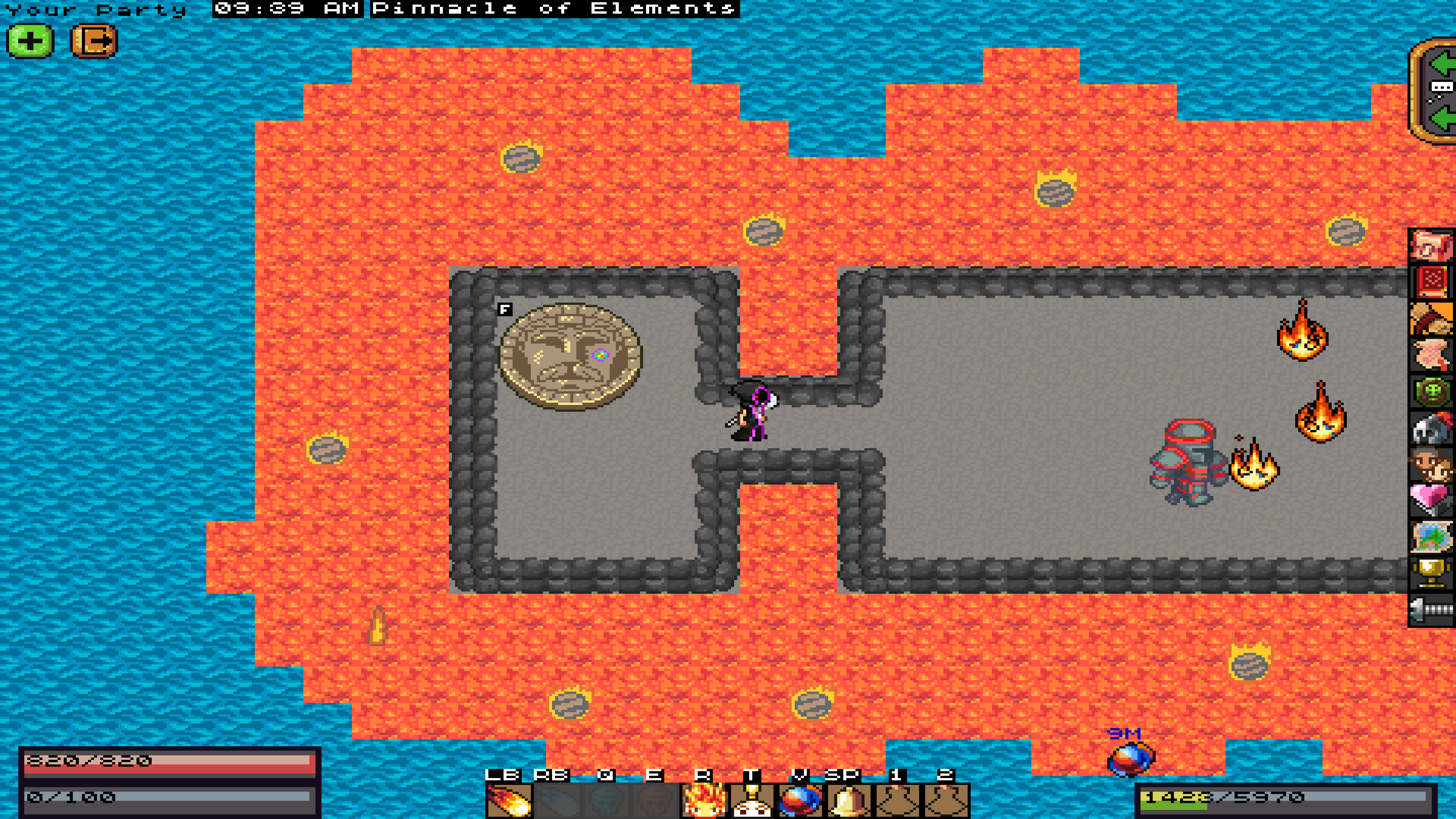 The Sunken Torturer now has his own achievement which will power up your Sunken Jewelry! 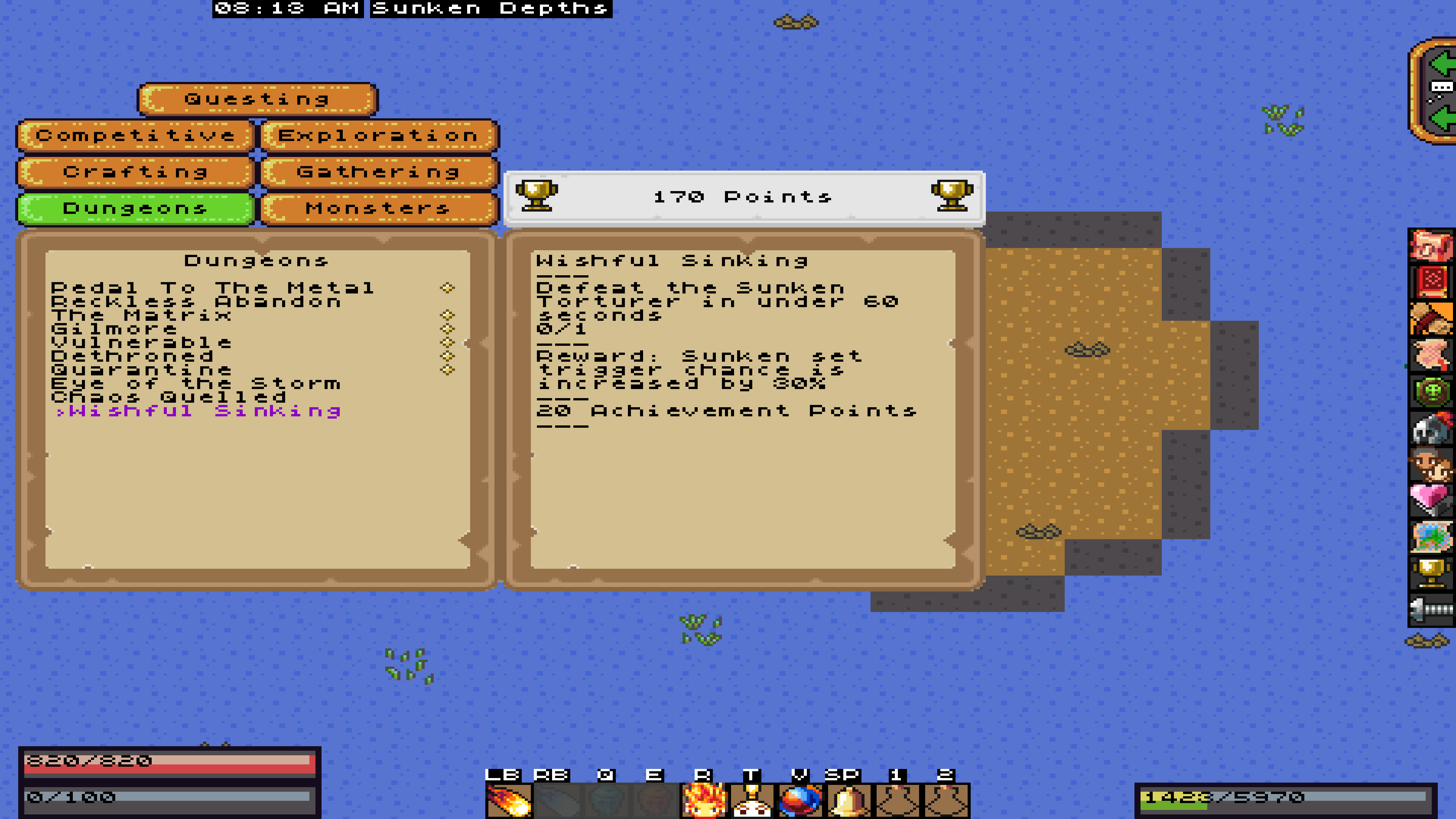 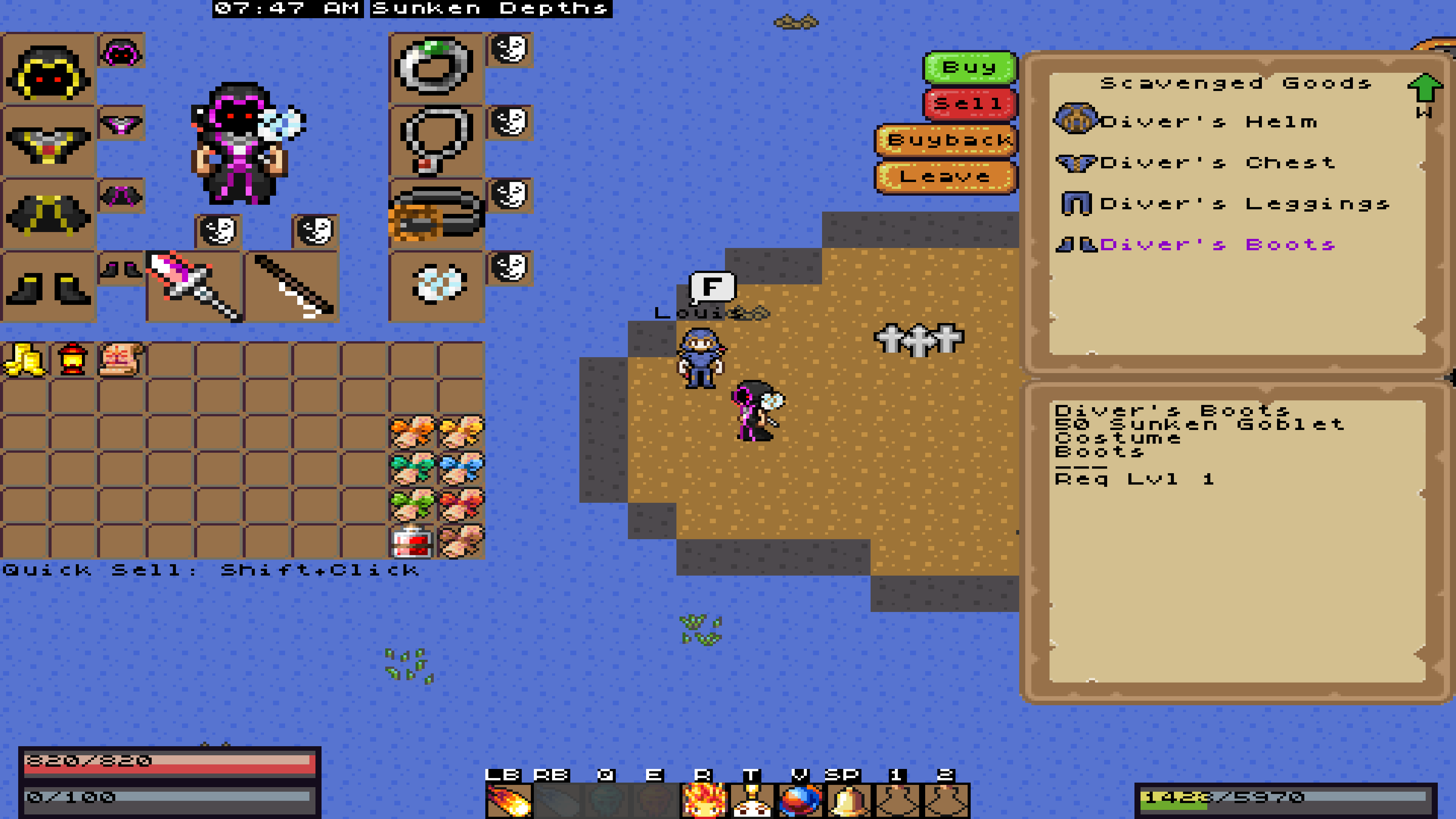 New and improved lifesteal weapons, along with other powerful loot, are available in the Pinnacle of Elements dungeon! 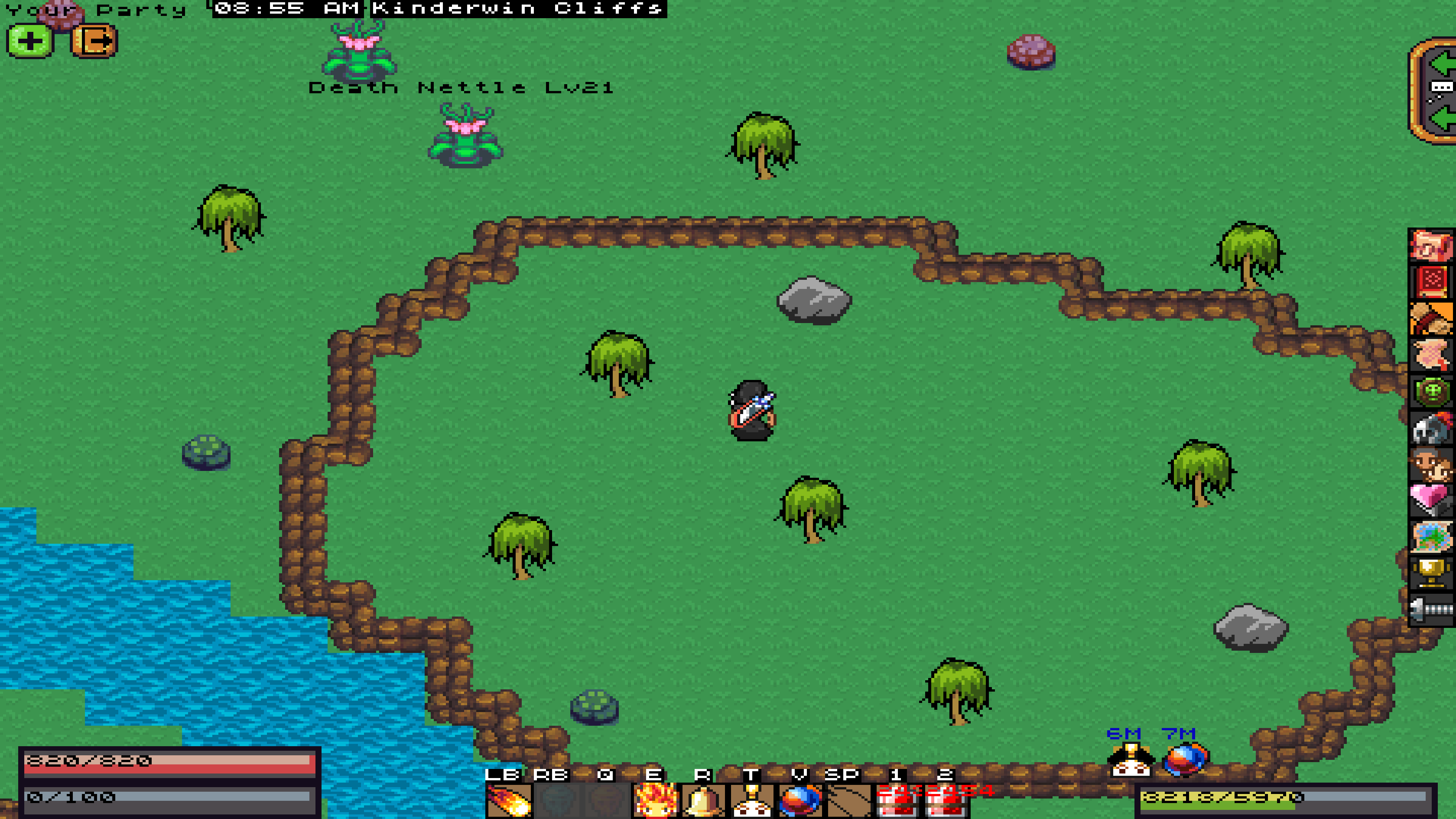 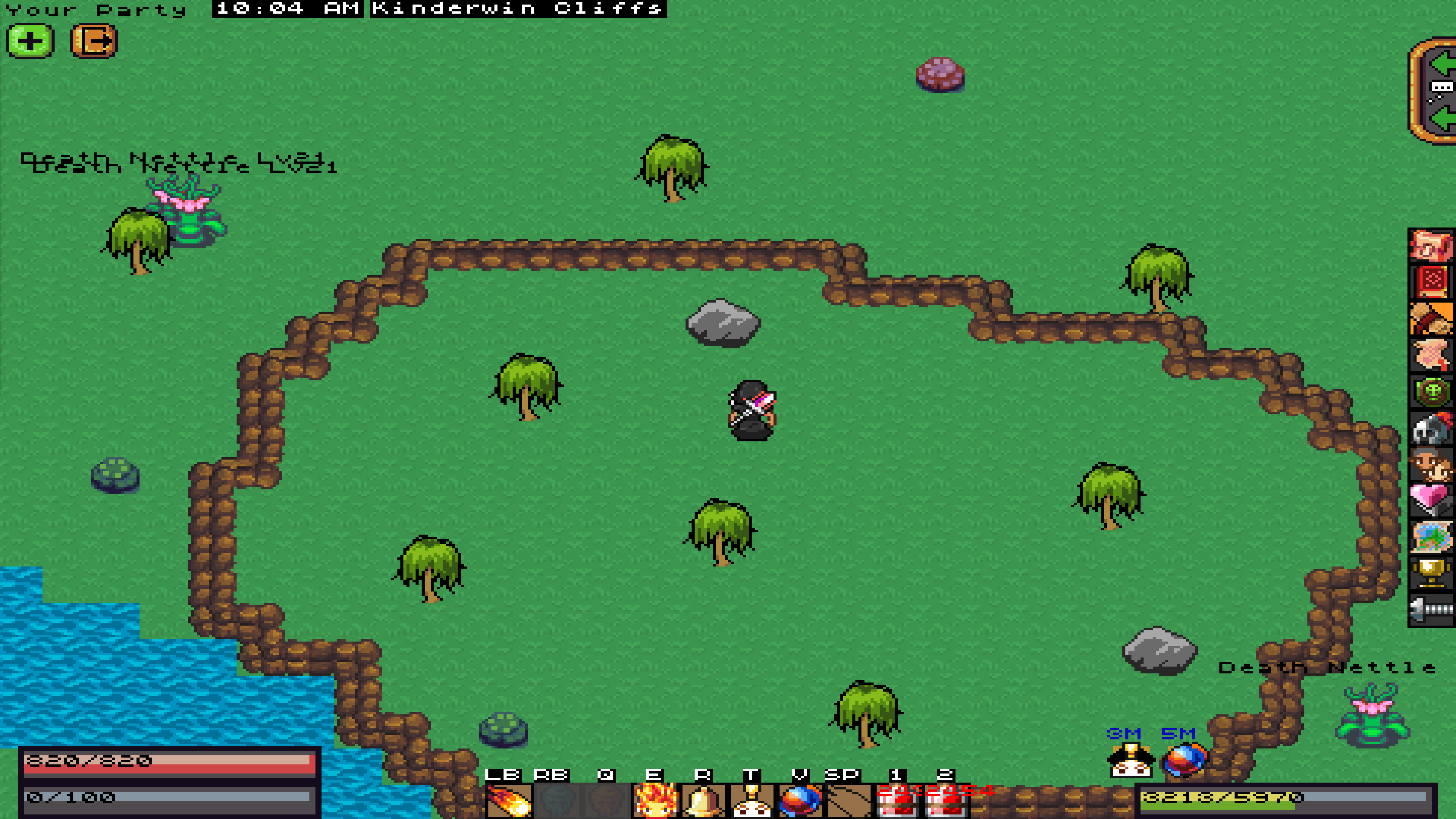 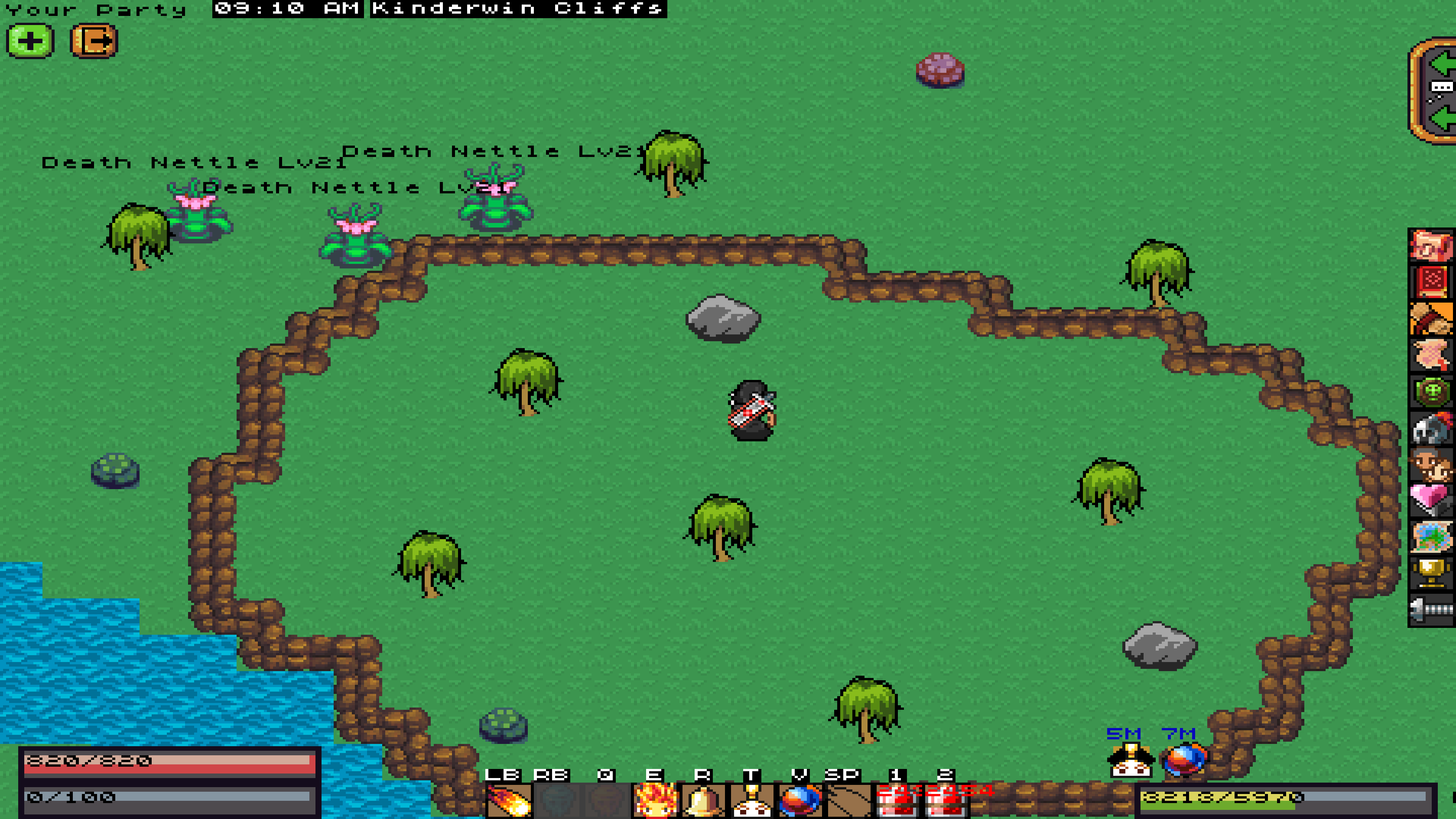 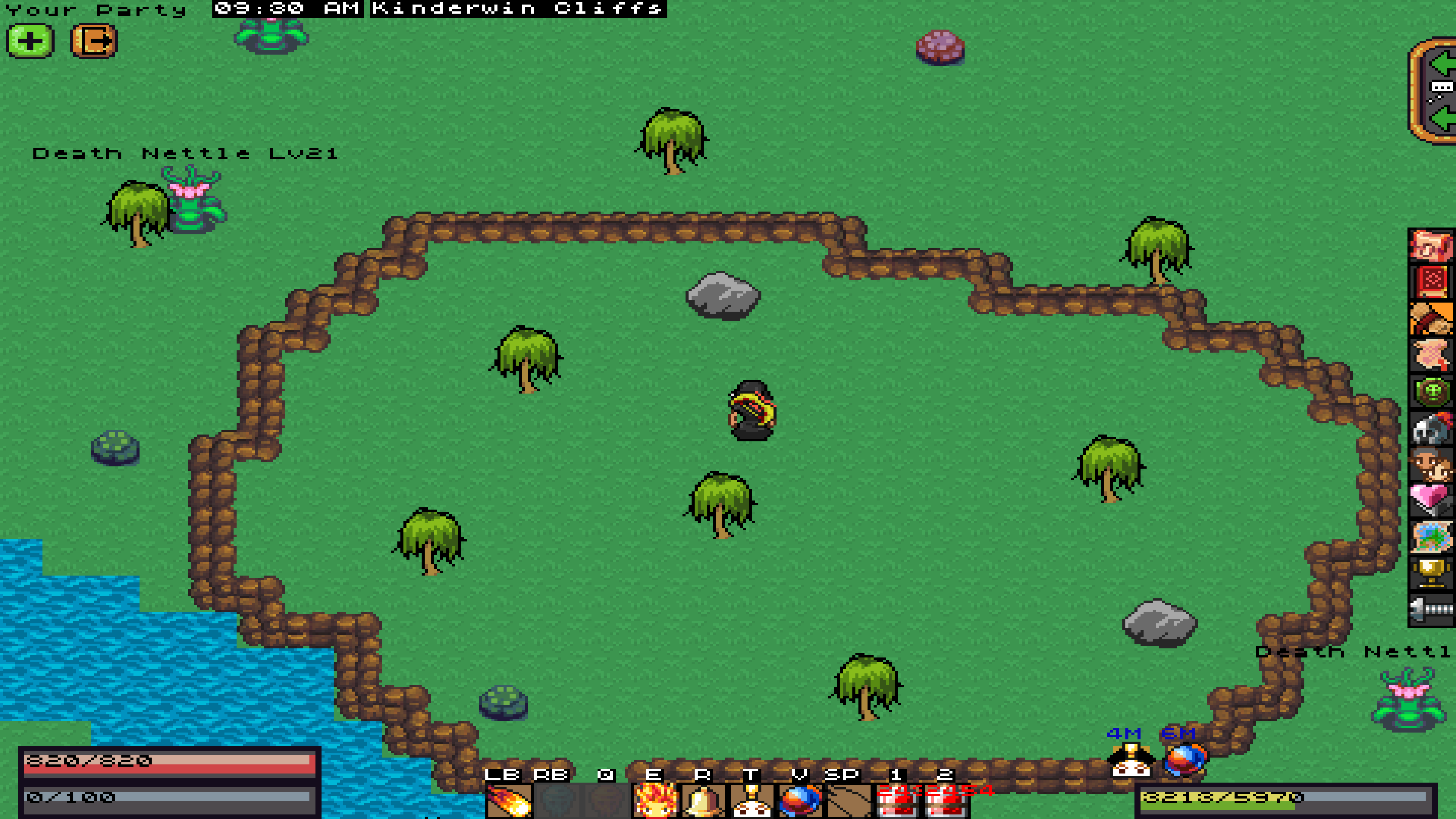 The Easter Bunny is coming to Aetheria for a Limited Time.