Humanity has been brought back to the dark ages.

To save your village, you must search for the legendary weapon known as Aegis.

Aegis is a 2D, exploration-focused puzzle platformer with tower defense inspired combat. By utilizing multiple characters who have special abilities, players combine powers in a fast-paced, mastery focused environment to overcome the challenges that stand between them and Aegis.

EXPLORE- Discover the world of Elam, a beautiful yet dangerous place lost to time. Brimming with dangerous beasts, forgotten ruins, and powerful relics, Elam is brought to life with uniquely handpainted pixel art style by Bryce Kho.
BUILD - Level up and customize unique character classes (Engineer and Hunter to start. Monk and Assassin are stretch goals!). The engineer unlocks turrets and defenses while the Hunter wields new weapons and traps.
DEFEND - Fight off enemies from all sides - but you won't have to do it alone. With Dynamic Character Swapping, switch between multiple characters on the battle field, position your characters carefully, and utilize their passive abilities effectively to survive. 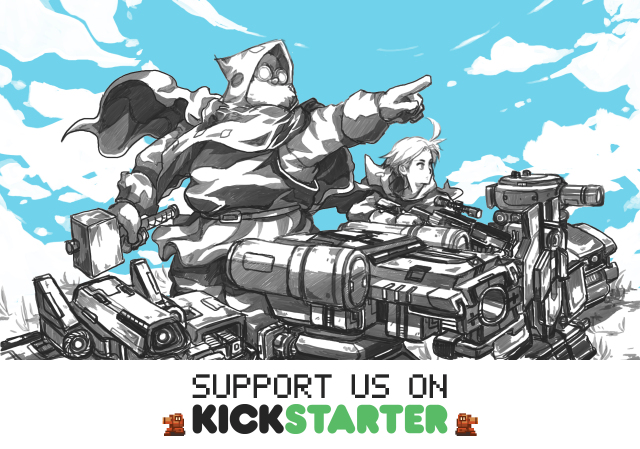 HUMANITY HAS BEEN BROUGHT BACK INTO THE DARK AGES, BUT REMNANTS OF A ONCE HIGHLY ADVANCED CIVILIZATION STILL EXIST.

In a world where control over ancient technologies means power, a ruthless Empire has arisen. You play as a pair of Ruinhunters searching for the one thing that can save their village - a legendary weapon known as Aegis.

Woooow looks great :) tracking this game and will back.
Will there realy an ios app *__* this would be so awesome

*clap* *clap* the art is awesome

I wanna be the simple Platformer