Post news RSS We are Greenlit and Voice Acting is in!

ADventureLib was greenlit, and we've been hard at work adding the last finishing touches (and full voice acting, which really adds a lot to the game). We are set to release on Steam on August 4th, check out the store page here:

While there have been lots of improvements, bug fixes and final edits, the biggest change is the addition of voice acting. Hearing the ridiculous sentences created by mixing all the objects and characters spoken aloud really adds to the hilariousness.

The game is pretty short, but has a lot of replayability and I’ve added the ability to create and share your own objects via Steam Workshop, which should add a lot of personalized and interesting combinations. The game is also highly moddable for anyone who wants to create entire scenes and stories of their own. 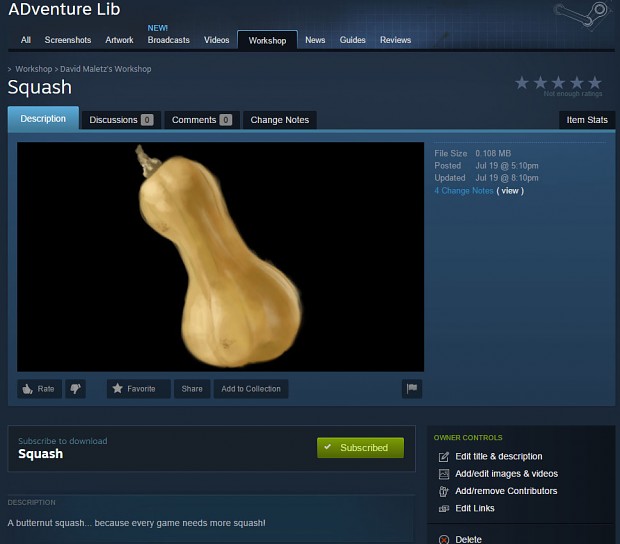 Look forward to the release, and feel free to be in touch if you have any questions about the game or modding it (I’ll be posting a guide on this later)!

Also, check out our (recently launched) homepage for ADventureLib: Adventurelib.com