Acid Spy is a first person stealth action game set in a cyberpunk universe. Infiltrate heavily guarded bases and take down your enemies with skill and finesse. Master the art of quick, deadly stealth to become the acid spy.

Expect lethal opposition from cyber soldiers armed with laser rifles. Equipped with a silenced pistol and combat knife the odds may seem stacked against you, but in the right hands a silent attack is more dangerous than any rifle.

Combat arenas are designed around player freedom. Study your enemies and attack where they least expect it. Remain unseen or prepare to be hunted down.

Parkour and mastering the movement mechanics of wall jumping and crouch sliding is essential to overcoming obstacles and defeating your enemies.

Stealth is usually the best course of action. This doesn’t mean you have to go slow. A skilled assassin moves quickly and strikes with deadly precision.

Completing the retro futuristic theme is a melodic synthwave soundtrack from Wolf and Raven.

Since releasing the game I've had a great time talking to players about their experience. Many suggestions has made it into this update and I thank those who have left feedback to make the game as good as possible. 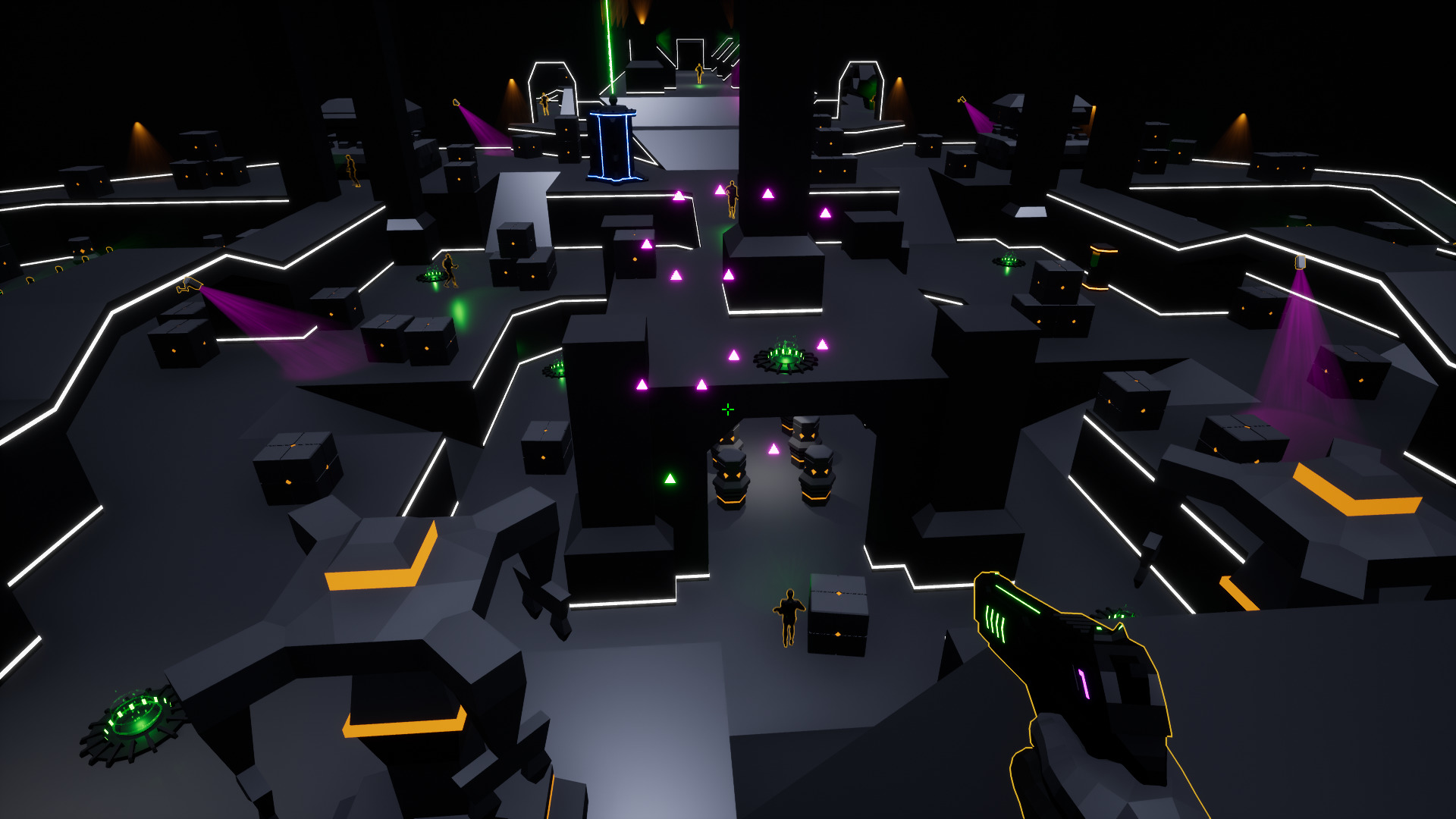 First we have the sonar scan ability. It allows a quick scan of your enemies positions to help locate those last few evasive enemies.

Another requested feature was visual indications when getting detected. It can be the difference between life and death to quickly locate a threat. The same system is used to indicate when a body has been found or when reinforcements come. 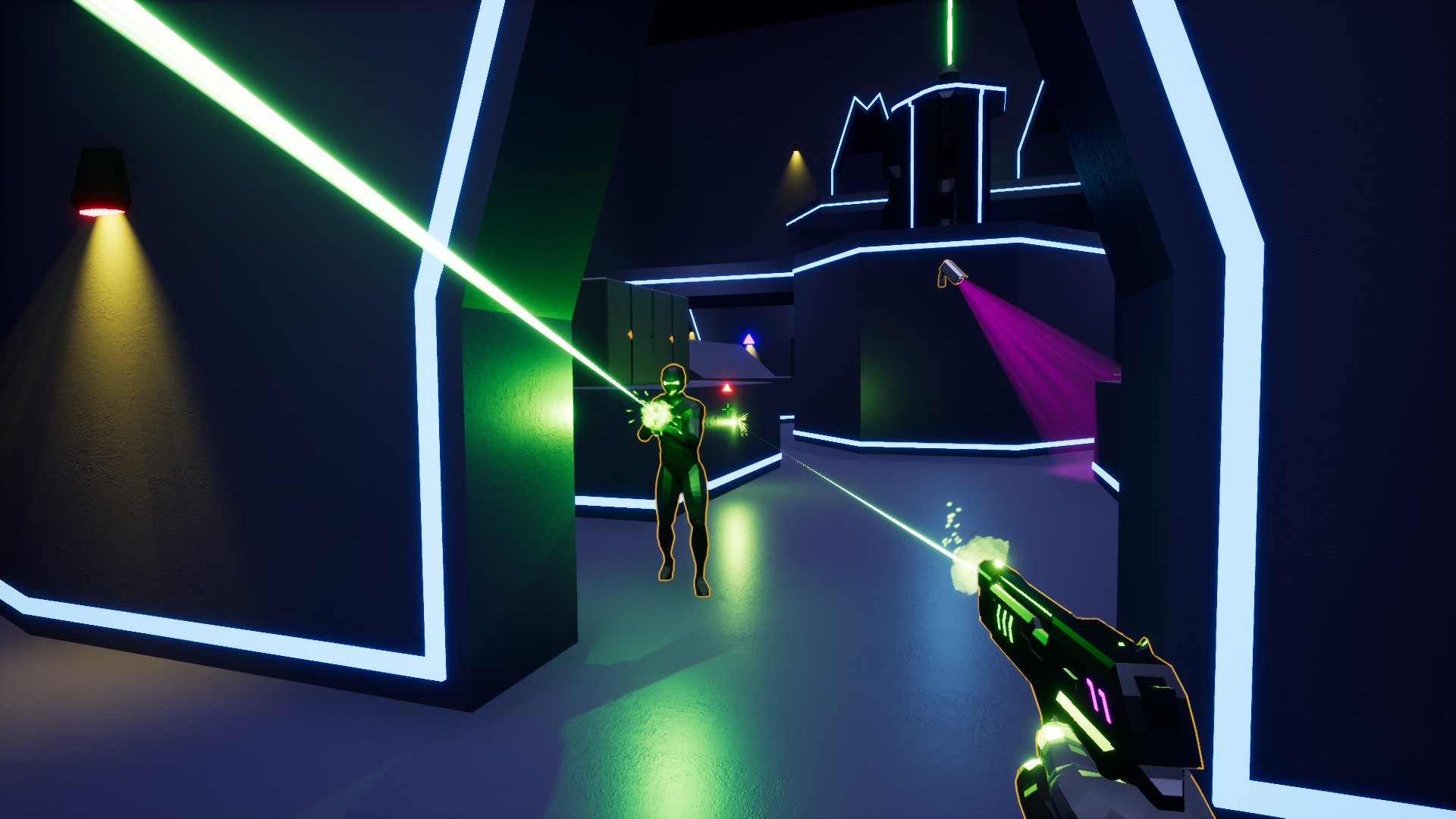 I've also created a new combat zone at the end of the Volcano level. It has lots of verticality and jump pads as well as some lava to avoid. There's many trick jumps to surprise your enemies from unexpected directions and multiple routes into each room.

A checkpoint system has been added to the parkour sections to help players in the right direction and avoid too many painful deaths. Speaking of deaths, the game keeps track of that and other statistics such as alerts, bodies found and time.

There are also many gameplay tweaks. For instance the knife animations has been shortened to allow for even quicker stealth kills. As well as instant retries and options to turn on/off random spawns according to player preference.

Looking forward to some more user created videos, the ones I've seen so far has been great.