Blur the lines between FPS and RTS

Real-Time-Strategy and First-Person-Shooter, Abatron is the next evolution of hybrid game-play. Create armies, then switch to FPS and play any unit at anytime! Truly, get into the battle and turn the tide of war.

Support us on Kickstarter

Get into the action and feel the battle first hand. Take control of any unit on the battlefield to unlock FPS only special abilities!

Experience an unconstrained approach to base building with Planned blueprints. Layout your base quick and easy.

What is the story of Abatron? Eons ago, two technologically advanced races disputed territorial rights over a neighboring solar system. The dispute turned to widespread war and destruction, killing innocent lifeforms inhabiting nearby worlds.

In the aftermath, the remaining advanced races came together in an attempt to prevent this tragedy from ever happening again by forming the Council of Abatron.

Abatron resolves disputes with controlled combat at the galactic level. Each faction brings forth its best warriors and technologies to battle it out, gladiator style, atop celestial remnants of the tragic past. Pick from several races to play.

Get your freak on by launching rockets from your belly, playing as the Haagenti. Spawned from the most distant corners of the galaxy and demon-like in appearance, they believed that guns were better than hands. Thus, using cyborg technologies, they transformed their bodies into weapons of mass destruction.

Long Range Siege. Plant this behemoth to grab the ground as he launches rockets at distant enemy forces. Not effective for short range attacks.

Toxic Spray. When not in siege mode, the Rocketbelly emits an acidic jet stream from its slimy tongue. If you see tongue, run!

Rocket Guidance. Hold on to your shots, cause shit just got intense. Fly through the battlefield controlling a high speed death present courtesy of you.

Check Back Often for More Reveals! 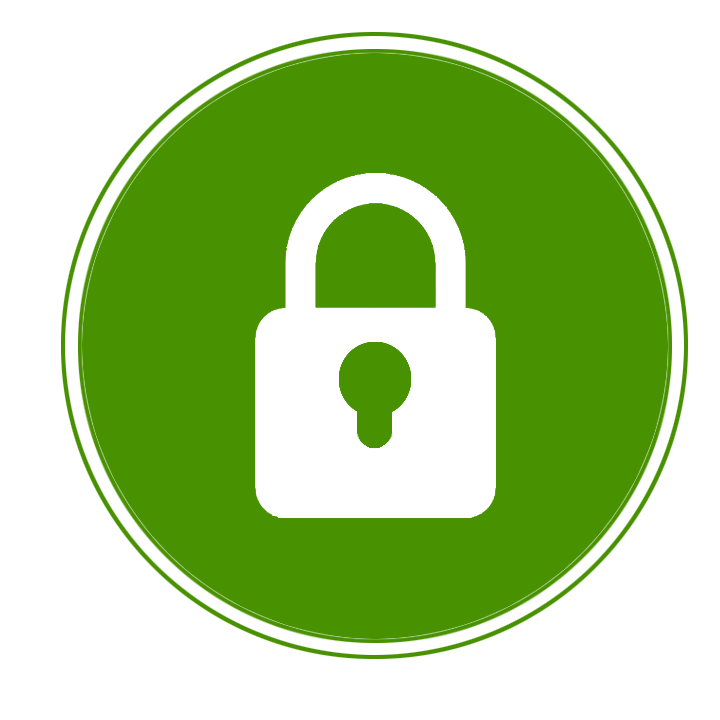 Keep updated and enter for a chance to Win Abatron Gear.

Abatron is all about controlling the battlefield, whether that's conquering your foes with superior strategy in our commander mode or taking the fight to the ground in First or Third Person combat. Throughout the game, as your armies grow so does the potential to unlock more upgrades and abilities for your army.

Want to show off your superior strategy to your friends? Then play in our coop and versus game modes up to 8 people. Abatron is a high action, competitive experience that pushes players to experiment with a variety of management tactics and FPS strategies to achieve total victory. 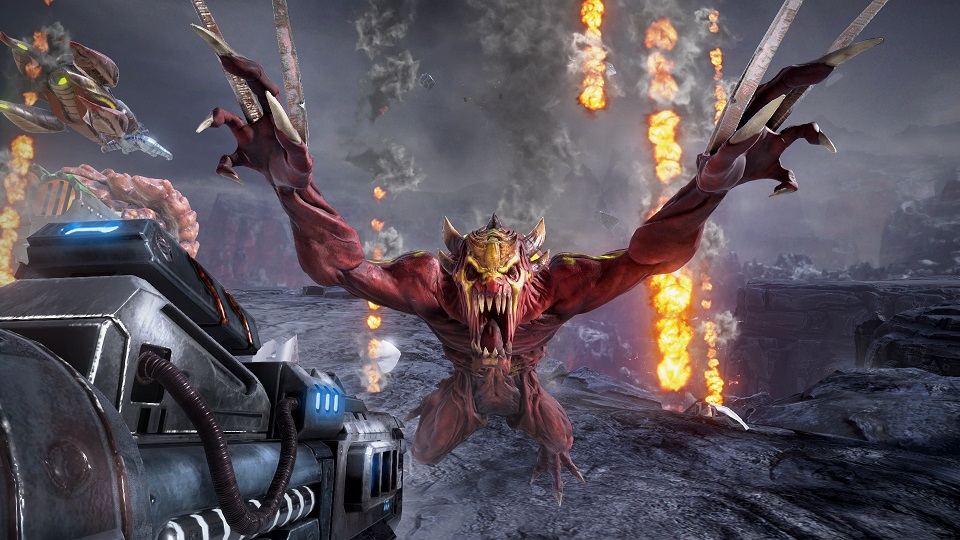 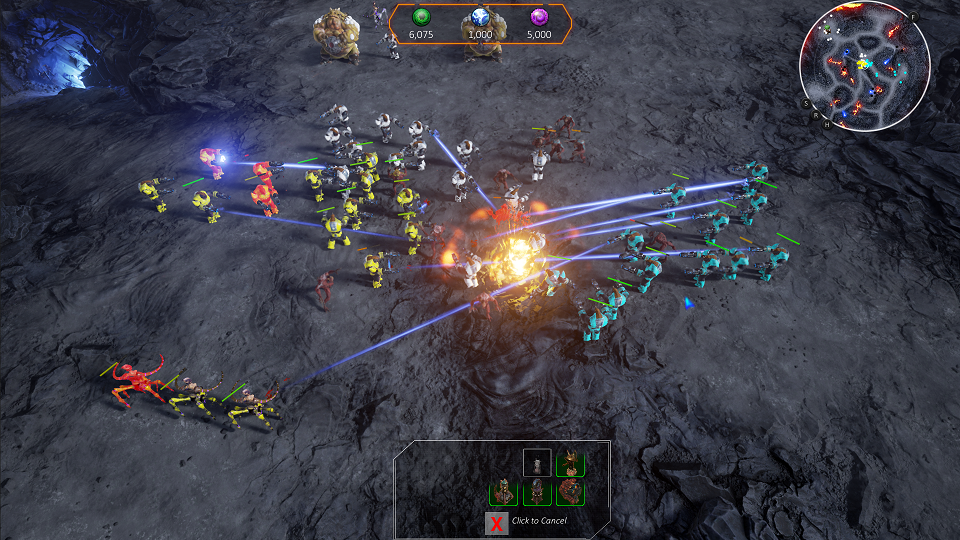 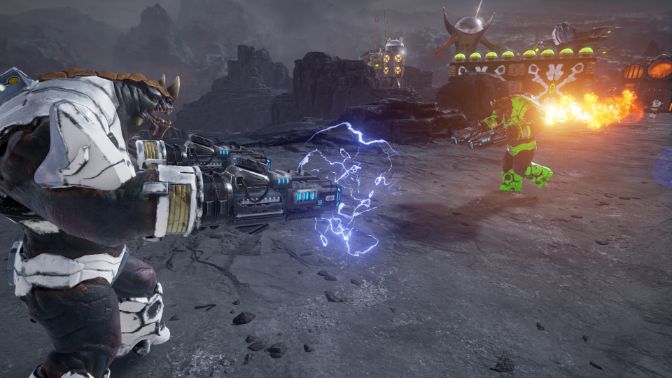 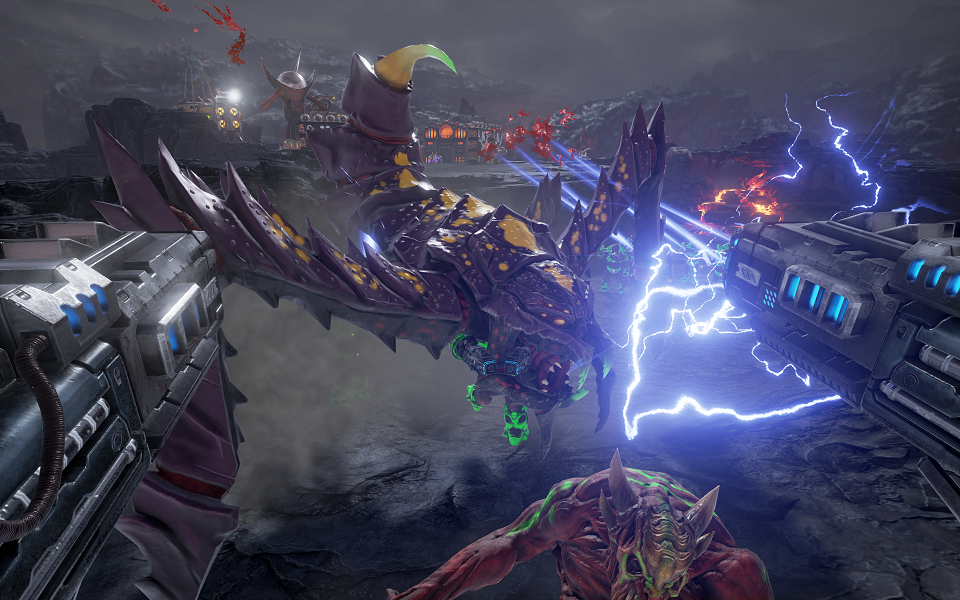 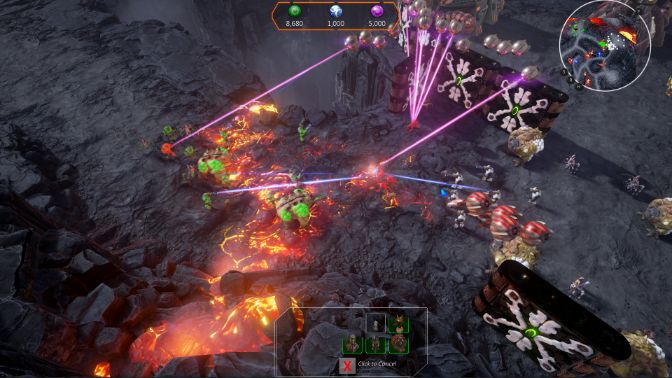 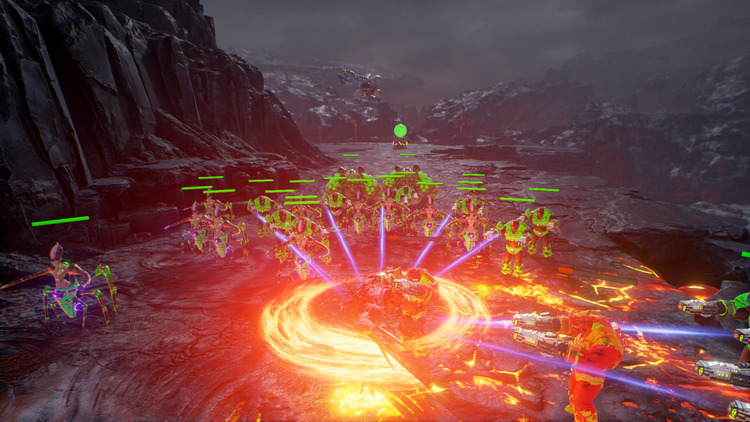 We're gearing up to release Abatron for Early Access within the next couple months! Try the demo now and experience the action and strategy that makes...

Abatron is a mashup of shooter, strategy, MOBA, and more. Switch between modes on the fly and play how you want. Early Access is just around the corner!

We've cancelled the Kickstarter, but we are still moving forward! We're still updating the demo and are holding tournaments!

Kickstarter is live! Try it for yourself!

Developed across 3 generations, Abatron is now on Kickstarter! Play the Alpha and try the game for yourself!

I love this RTS + FPS idea !! It makes every RTS so much better :)
Keep up the great work guys :D

Hey, do you guys need any music for this game?

Hi! We're currently all set for music. Thanks :)

Yes Abatron is back !!! Thank you for the news, it looks really good.

You're welcome and thanks! We're excited to finally share what we've been working on. Glad you like it!

There hasn't been an update for a long while, it's kinda making me worried. I really want this, so please throw us a bone once in awhile, please?

Quiet just means we got consumed by our work =) Updates are incoming and will start to get more frequent again as we ramp up. Thanks for the support!