A Hat in Time is a cute-as-heck 3D platformer featuring a little girl who stitches hats for wicked powers! Freely explore giant worlds and recover Time Pieces to travel to new heights!

Gears for Breakfast is pleased to announce a free update to A Hat in Time: The Modding Update! 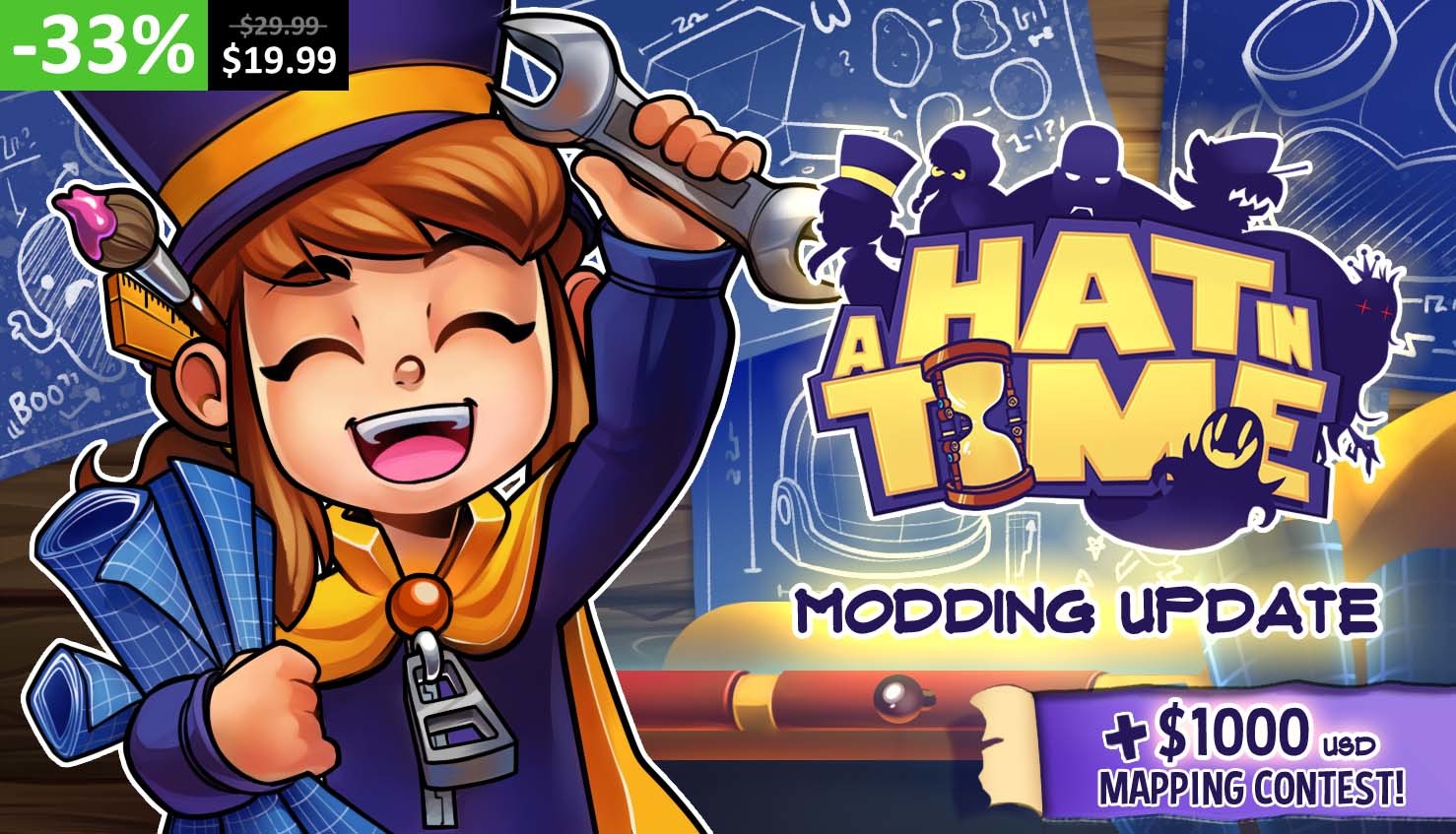 We love mods. Ever since releasing A Hat in Time, we've seen our modding community achieve fantastic feats, such as all-new chapters, hats, badges, and more. To celebrate, we're releasing our first major Windows A Hat in Time update: The Modding Update. In addition, A Hat in Time is going on sale for 24 hours at -33% off on Steam!

This update is available RIGHT NOW on Steam and later next week on GoG.

This update brings our mod support out of beta, and natively integrates mods into the game loop: By playing mods and completing mod levels, you receive Rift Tokens which can be used to purchase new hat flairs, remixes, and more! In addition, we've also added new flairs to the game.

We're also happy to announce that we're officially including 2 community-made A Hat in Time mods into the main game:

The creators of these mods have been compensated and credited for their fantastic work! We hope to include more amazing mods going forward.

Here's some mods to get you started: 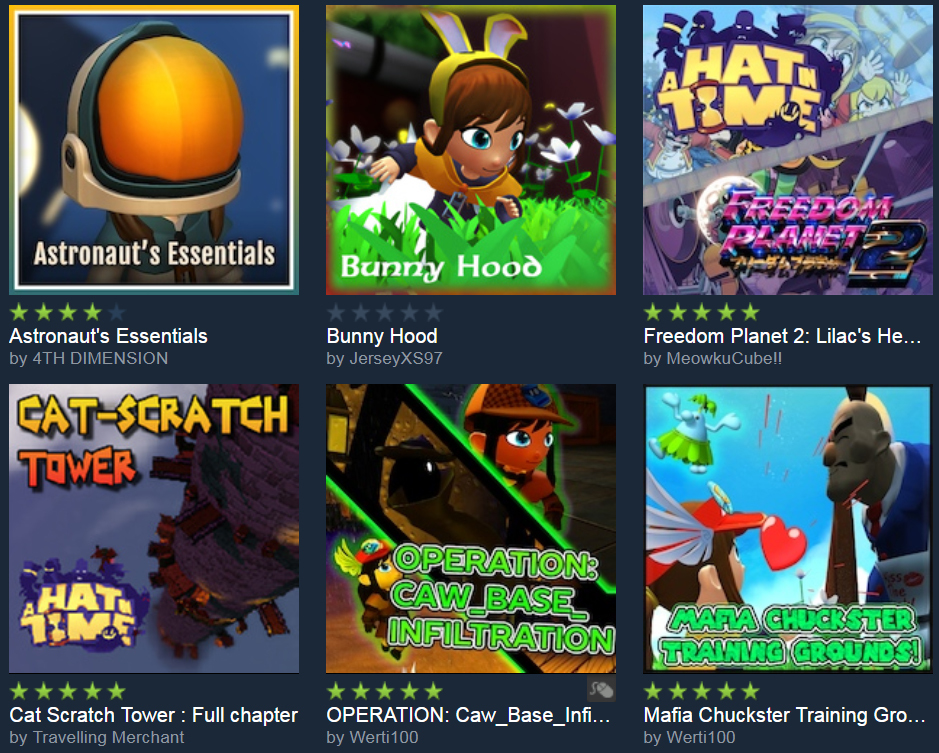 Gameplay mods can be accessed at any time. To access map mods, visit the Mafia in the mailroom

Gears for Breakfast is proud to announce our first mapping contest aiming to deliver brand new, high quality maps to A Hat in Time. This is a chance for mappers and modders to show off what they can make!

Individuals, or a team of individuals, will have 45 days (1.5 month) from today until April 27th, 2018 to create, test and upload their Purple Time Rift to the Steam Workshop with the tag "2018 Purple Time Rift Mapping Contest" (the mod manager will allow you to set this tag).

After the deadline date, the top 20 highest voted contest entries will be reviewed by Gears for Breakfast staff, and the top 3 maps splitting the cash price. If the maps are seen as suitable for A Hat in Time, we'll also contact the makers about potentially including them in A Hat in Time for everyone to play!

The contest is open to anyone interested in modding and level design. Submissions will be accepted until MIDNIGHT (UTC) on April 27th, 2018.

The submitted maps should be original works, developed with this contest in mind. Using existing ideas, concepts or assets is allowed, however the final submission should be considered a new release. The map can not depend on other mods and should be fully playable in isolation.

Maps can be of any size or theme, however they should follow the standards for Purple Time Rifts as set in A Hat in Time. Factors such as gameplay, polish and enjoyment will be weighted heavily in judging. 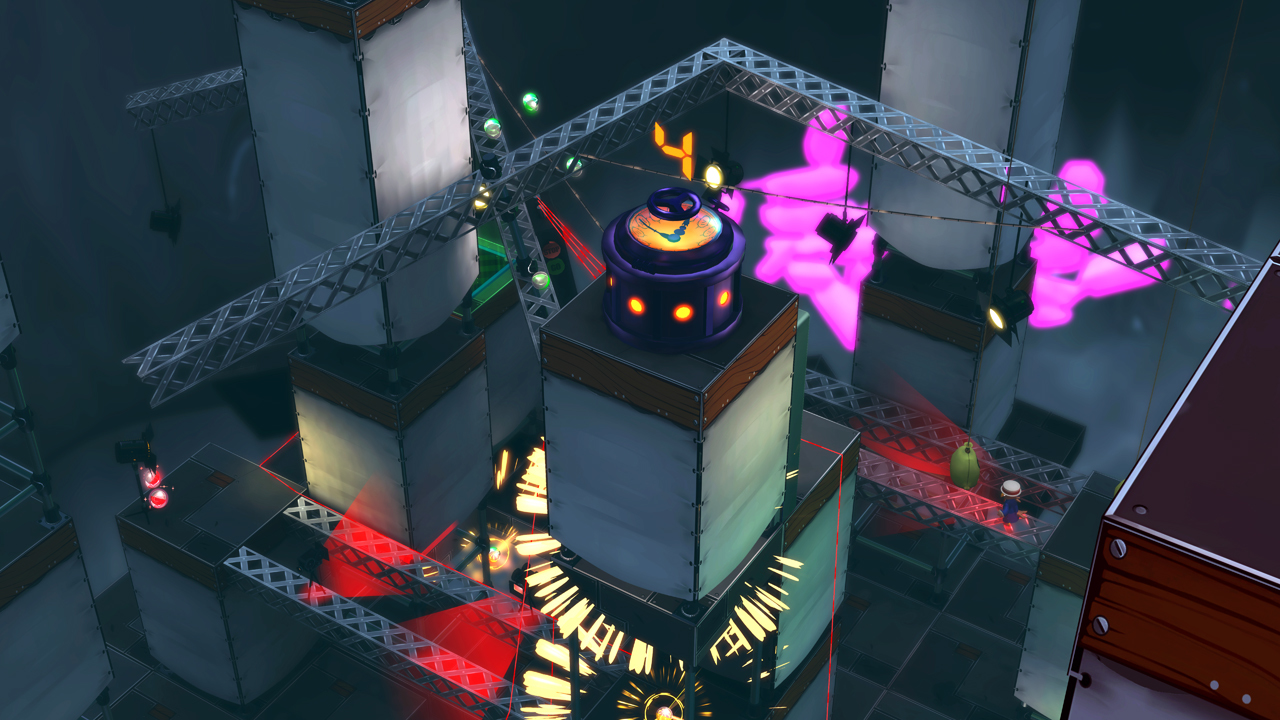 Purple Time Rifts are a layered challenge where the player has to collect a select number of "Rift Pons" to advance to the next floor. At the bottom is a Time Piece. Players are encouraged to collect as many Rift Pons as possible, as it allows them to potentially skip later, more difficult Rift Pons, or skip a floor entirely. If the player dies, they start all over.

How to create a map and enter?

To enter, simply upload a map to the Steam Workshop with the tag "2018 Purple Time Rift Mapping Contest". For a full guide on how to get started with creating maps and submitting your map to the contest, click here.

Additionally, we have a fantastic modding community that can supply tips, tricks, assistance and more! You can find our Discord A Hat in Time modding & mapping community here.

Welcome to the Editor's Choice awards for the 2017 Indie of the Year Awards, where we show recognition to the indie games from the past year that we've...

Cultural park "Time-Travel" is located on a far far away planet. Its purpose to show the visitors and their families how rich the planet history truly...

updated with some fixes to the main file, download this version

The ModDB port for The 730th Days Peak! Just follow the install directions in the description!

The ModDB port of Clustered Blue Rift! Just follow the install directions in the description!

The ModDB port for Red as Heck Rift! Just follow the install directions in the description

I think I saw this on Kickstarter. I was impressed. Hope you reached your funding target

Is this going to have an SDK agyter this is out?

Indie
Twitter
Tags
Embed Buttons
Link to A Hat in Time by selecting a button and using the embed code provided more...