Combine the modern graphics of a modern day game with the intrigue of a text-based adventure, and this is what you get. The game is complete, and can be finished. Estimated game play time is approximately 30-60 minutes. As an added bonus it features an exploding autoclave. Thanks to Tor Frick for letting me use his level and to YERZMYEY for letting me use his music (links in game).

3D Text Adventure released. Thanks to all of the beta-testers!

I finally got around to releasing the game!
Thank you to all of the beta testers who were invaluable at helping me improve it from the first tentative iteration.

My first games were text adventures on the vic20, which continued on through the Commodore 64, and then Amiga. At the time they were the state of the art in graphics, and you'd show them to your friends to impress them at how great your computer was. 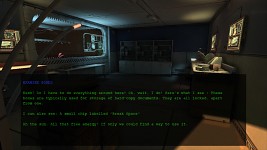 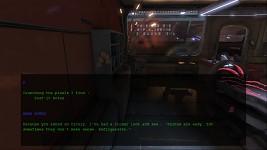 Somehow they didn't really make the transition into the modern world with the rise of 3D graphics and first person games. They lost their edge and failed to compete (Grim Fandango excepted).

This game is an experiment to see if the combination of text-interface and 3D graphics can be used to make a better hybrid. 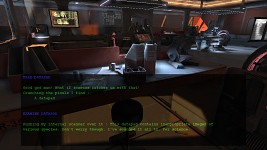 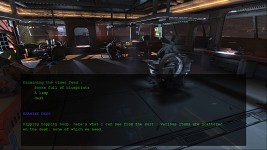 I hope you enjoy playing it, I had a great time making it and reliving the old days of adventure.