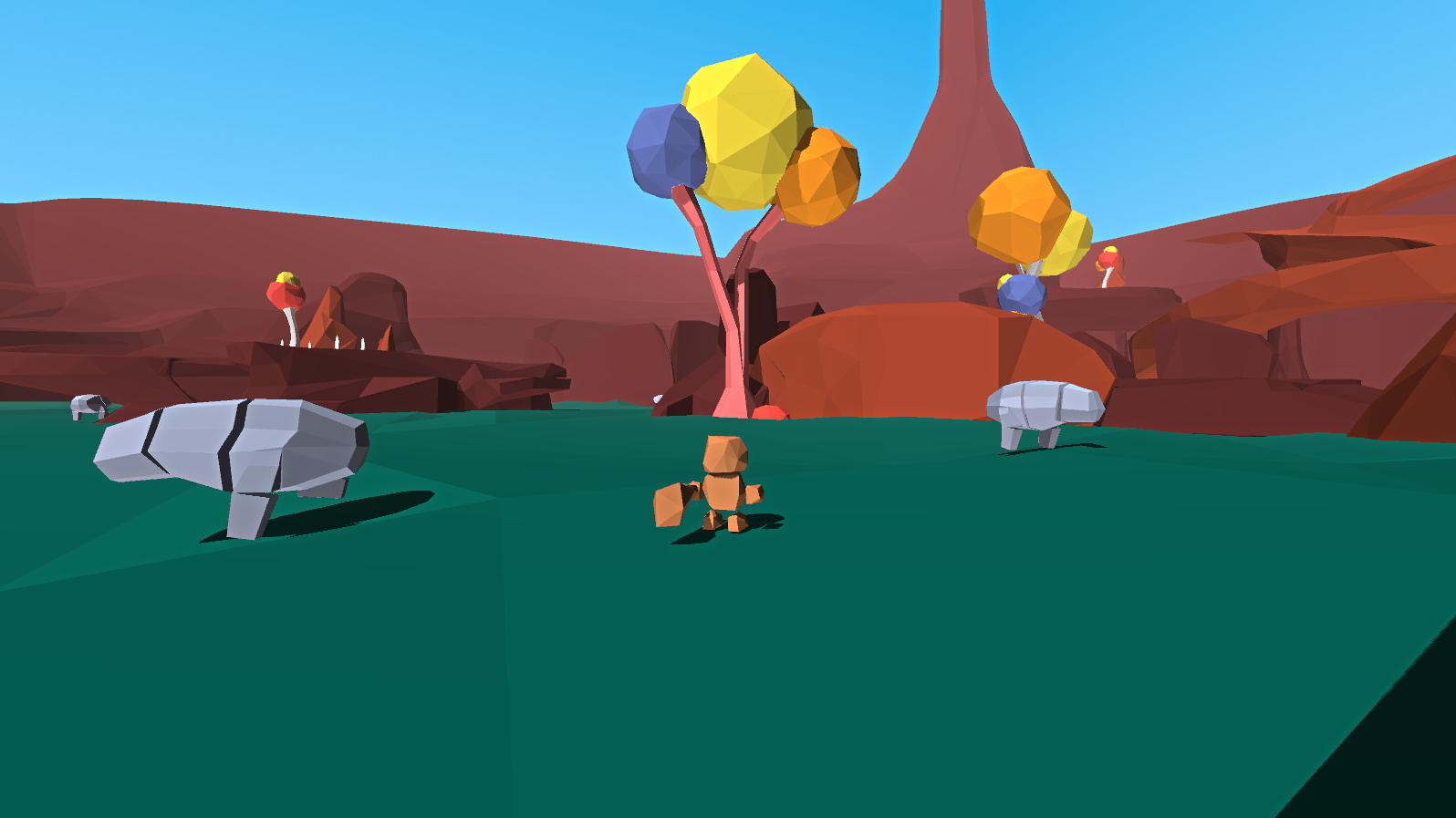 is a 3rd person action, adventure game.
The game takes place in an open world in which you control an ephemeral character.
His life will decrease with time. To survive, you will have to fight the creatures you will encounter in your environment.

You will have to optimize your movements, to discover and face the creatures you encounter and discover their place in the ecosystem of 21 Bytes.

After defeating a creature, you will gain resources and time. Some resources can be kept only for the fleeting existence of the avatar while others may be retained and used in the next sessions.

To Lock or not To Lock

Lately, we had a lot of feedbacks about 21 bytes, and more precisely about the combat system of 21 Bytes.
Those feedbacks were very interesting, they helped us a lot. They allowed us to focus on some of the aspects of 21 Bytes.

But with those feedbacks, some of you asked us the same thing :

Why wouldn’t you put a lock system in 21 Bytes ?

Eh, that’s a good question, why not ?
After all, we don’t hide our inspiration of the Zelda series. So, why not ?

We already thought about using a Lock system for 21 bytes, but each time, we decided not to use it.
The combat system in 21 Bytes is based on the player placement. 21 Bytes is not really like a beat them all. You don’t have a lots of combos.
We don’t want the player to know how to memorize and use a large number of attacks, we want him to learn to develop reflexes and understand and avoid the enemies behaviors.
The monster’s behaviors were made with this philosophy in mind. If we add a lock system in 21 Bytes, we would just break the balance of the game.
Adding a lock system would make the game too easy or too hard in some other case.

But why making this choice in the first place?
We did it for several reasons.

At our level, it’s much more affordable for us to make a combat system based on placement and dodging.
In addition, this combat system allows the player to face multiple enemies at once. This will happen often because the enemies have a group behavior. It’s hard to fight 5 or 10 enemy with a lock system when they all attack you at the same time.

And finally, the last reason:
It’s linked to the ephemerality of the avatar. The avatar has a time limit, he is constantly under constraint, constantly pressed by time.
Adding a lock system would create a conflict between this sense of urgency and the slowness of a “locked” fight. A fight in which the two opponents turn around each others.

And that’s for all these reasons that we decided not to have any lock system in 21 Bytes.

You can try our prototype here if you want !

Thank you for your time, you can follow us here :

For this Screenshot Saturday, we decided to show you a gif of a fight.

As we told you in a previous blog post, we work iteratively, we developed quite early a combat system that we try to improve weeks after weeks.

I see a lot of potential in this game and I love the abstract style in this game :D I Hope to see more from you!