Post feature RSS You are what you wear (and wield!)

Our goal is to create a title that will allow to enjoy an immersive world, with no borders when it comes to progress, but also support their needs of creating insane sets of skills in order to have fun. 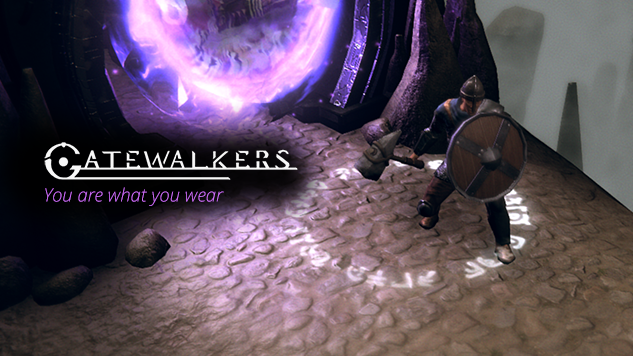 There is a common saying - “clothes do not make the man”, which refers to not judging people by how they look. However, when it comes to games, the design of every single character is supposed to define who they are. Shapes of their bodies, colours they wear or style they choose when it comes to clothing are all about the expression, without taking any meaningful action before. Even their development won’t change much, it’s mostly about showing off the off-screen process of gaining experience on their own and proving adolescence, not any kind of actual transformation.

We’ve decided to try a different approach. It was very interesting to see how many changes are taking place in the game when clothing not only make a man but also play an important role within in-game mechanics. It’s because the rules of the game are changing depending on the player’s equipment, not imposed procedures.

We’ve started from taking character class as a limitation for the players. Something that keeps them away from experiencing every single aspect of the game. We didn’t want to limit them on their individual path of progress, just because they have made specific decisions at the very beginning of the game.

You - the player - can choose from a variety of equipment, which can be compared to creating a one of a kind class. What you craft will stay the same for the rest of the game. What you wear will unlock two additional spells and a dash to upgrade the gameplay’s speed; wearing heavier armour will make you tougher, simultaneously reducing your damage output. Also, every piece of equipment gives you new skills and changes your statistics. Wearing a helmet brings utility trait to the gameplay when another part of clothing will make a slot for a consumable potion. 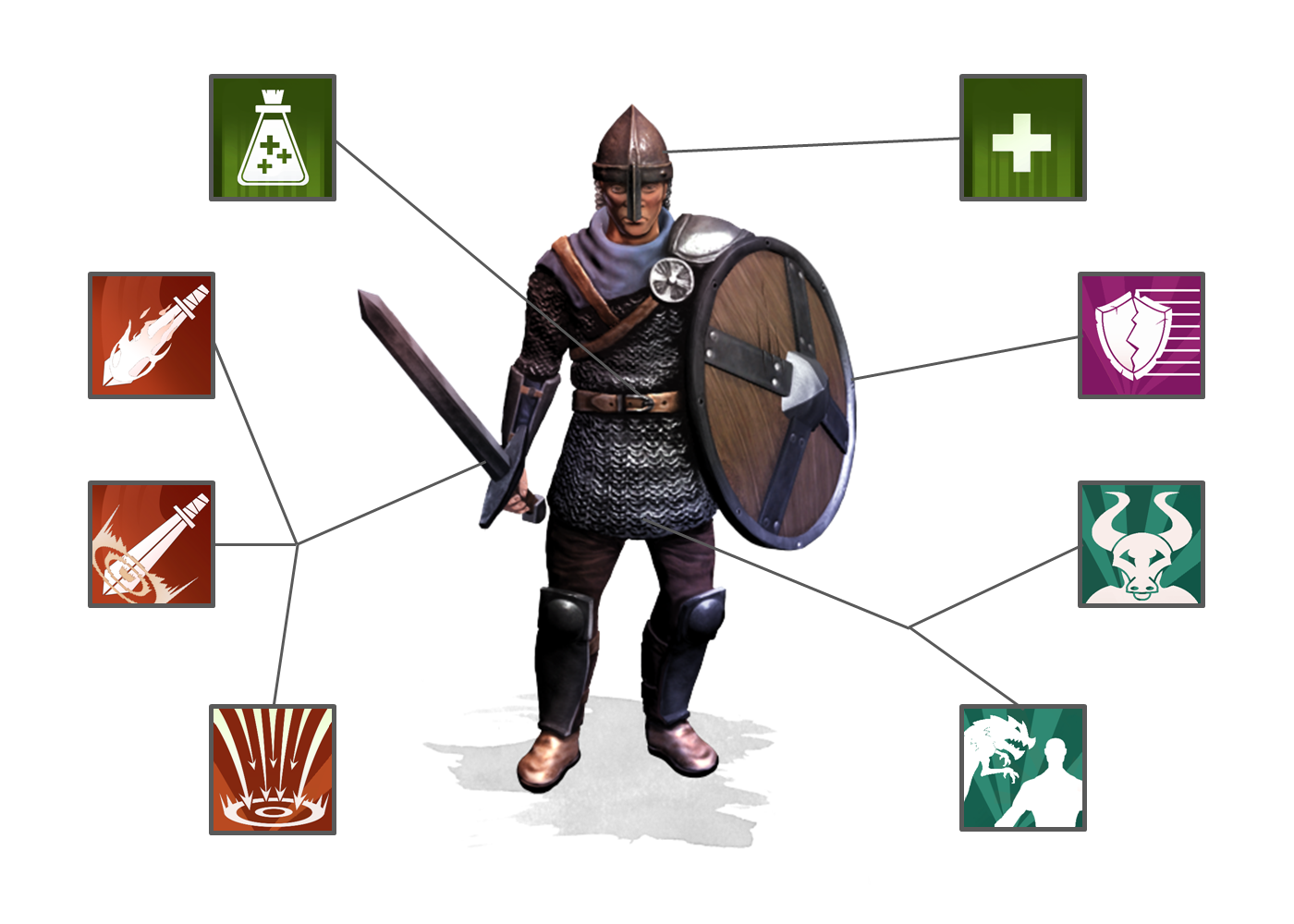 However, it doesn’t mean that you need to stick to the same items and play style for the rest of the game. Imagine starting your adventure by learning the archer’s trade and making new bows, but suddenly switching to a mage role and wielding a sword at the same time. Nothing keeps players away from changing the strategy, creating new weapons and armour in the process. But, in order to do that, you need to gain proper blueprints and experience first.

To put it straight, you are what you wear (and carry with you, of course!). Changing the equipment allow players to come up with totally new strategies.

Let’s take axes for example. They are boosted with bleeding effect - it will hurt the enemy long after the actual attack. When in combat you can use many diverse skills, differing in caused damage. But instead of wasting all spells and waiting for them to revive, it would be smarter to stack axes’ bleed effect and slowly let enemies faint from the wounds. Every single weapon has magic abilities assigned to them - if properly used, special effects of enhanced armament can create unique scenarios. Because of this solution, every combat differs from each other, without requiring players to cast all the spells in order to win the fight.

Games are about entertainment, and gamers love to master them, just because they are curious about the possibilities. Our goal is to create a title that will allow them to do both, enjoy an immersive world, with no borders when it comes to progress, but also support their needs of creating insane sets of skills in order to have fun. If you have a ridiculous idea of making a character with a specific mixture of abilities, then do it! After all, clothes DO make the man.