What makes Daily Chthonicle different from other RPGs? In this article, I try to explain my motivation for making DC. 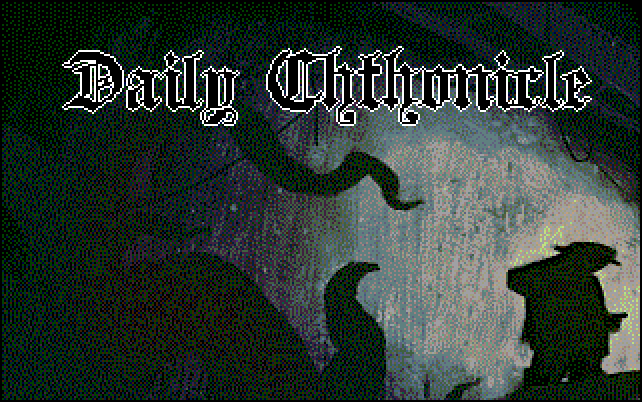 With Daily Chthonicle, I was trying to create an RPG game that steps away from the norm in some regards.

Computer RPGs are essentially resource balancing & conversion games. Resources such as xp, golden coins, consumable items, equipment, spells and even character stats are either used or spent in the game's encounters, or exchanged for other resources.

Thus, a usual RPG will be a sequence of encounters that blend in with the game's narrative. Daily Chthonicle is exactly like that, only that the narrative is not scripted in advance but instead generated by the computer. The game itself functions as an AI virtual "dungeon master" who not only runs the experience, but also, at least partially, invents it.

Because the game is not played in real time, it offers an experience of a full, almost epic story, but without having you to invest an epic quantity of time in it. An entire week can go around in a matter of couple hours, and within the period of this week, the player will experience a story of unmasking the serial killer in town and resolving any events that are potentially connected to the killer.

But except for the generated story, so far this reads like pretty much any supernatural investigation RPG.

There are some subtle differences, however, using which I wanted to eliminate some of the standard RPG elements that, in my personal opinion, take away from the experience. 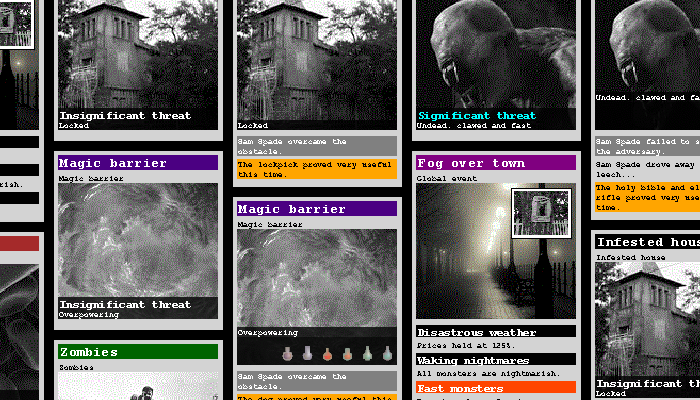 There are no bars of any kind in Daily Chthonicle. The health and mental state of the characters is represented with flags, such as Injured or Wounded, Disturbed or Shaken, etc.

Those states have immediate and indirect influence on gameplay. Sending a disturbed character into a mentally risky situation is less safe than sending an uneasy one, so might require additional equipment, spell or assistance. Injured characters may still investigate but cannot engage any encounters.

No character or item stats

Neither characters nor items require or have any numeric stats in Daily Chthonicle. Items are just items, the name tells the player everything she needs to know about any of them. A shotgun is not a pistol with damage 6 in place of 3. A harpoon does not have melee +1.

Of course internally, the game may use all kinds of numbers for any number of things. Lots and lots of them, even. But because there are so many, the items are accurately described by them to reflect their use in real life, and need not be shown to the player.

Thus, the player has to plan her encounters very carefully. You either win or you don't, there is no backup healing potion plan.

However in case you should win, but come out wounded, injured or mentally distressed, which normally prevents additional conflict engagement or at least makes it much harder, there is still an option for healing *after* the encounter.

This momentary healing comes with a price, however. A character may only use it *once* in a chapter, and, when she does, she will be partially impaired by a random side effect until the end of the chapter.

The most common kind of encounter in RPGs is combat. Almost every RPG has it. Some others include additional mechanics such as lock-picking, stealing, hacking etc.

In Daily Chthonicle, an encounter can be pretty much anything, and combat is just the beginning. The same mechanics is used when encountering a monster, a locked door, a kidnapping investigation followed by a street chase... which ends in a lucid dream on another planet. Or a mysterious alien installation.

Because spells and equipment are the only two kinds of resources used in encounters, the system is fairly easy to learn.

For example, your characters have no stats, only two personal items to define them. The same is true for your allies.

This means the player only needs to learn how items are best combined with other items and spells, without having to also consider any other parameters. 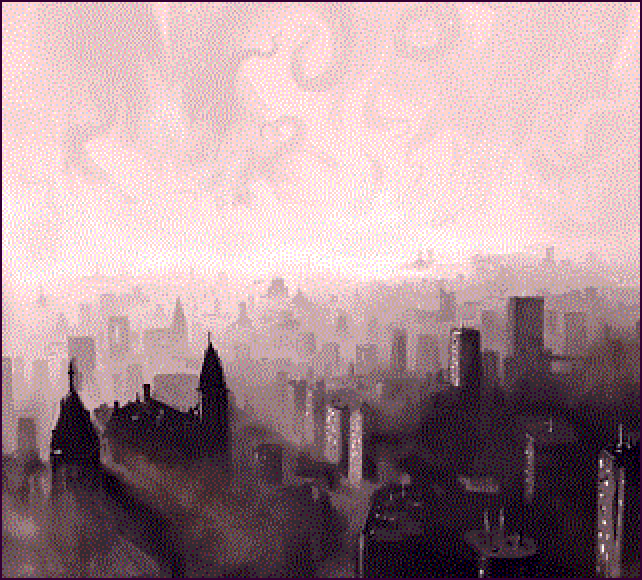 Other resources related to DC mechanics

Here is the complete manual for the game: The Hefty Manual.

Also, a complete playthrough/tutorial of the game's Hard difficulty level is available here: