What we’ve have worked so far

We’ll quickly touch on some things that we’ve worked on since our last article. We may write some more detailed articles about each of these features. But for now, we want to share some of the broader systems.

You’ll encounter these types of events throughout the game. It will reward or harm you depending on your choice. Sometimes you’ll speak directly to someone, sometimes you’ll react to events.

It’s what you’ll be using to change the direction of the battle. With Consumable Cards, you can send missiles or protect your ships by deploying shield drones and many other things. But it costs resources to use it. Advisors, on the other hand, are the buffs you apply to your ships. But the caveat is another type of debuff applies too. Like damage of your ships increases but reduces the shield 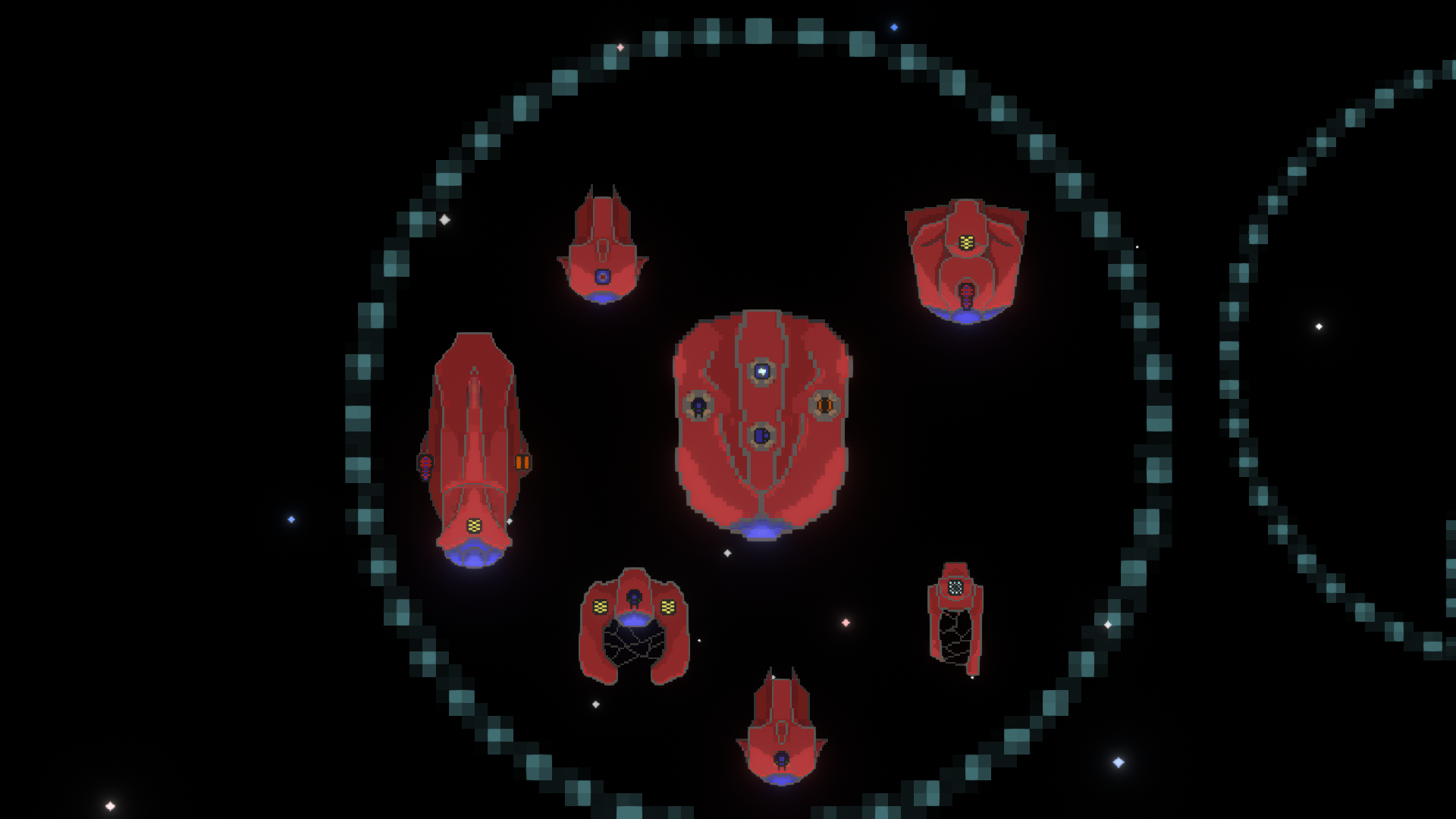 They’re essentially more organized pirates. Wicked started by rich Mafia bosses and infamous mercenaries. Everbody despises them and they are not friendly towards any corporation. They rob people passing through their territories, attack and kill anyone unfortunate enough to be their next target.

Hangar module (Utility): Manufactures automated mini-fighters that can attack enemies. Can shoot through shields but can be shut down by enemy point defense systems.

Regenerative Health Module (Defence): Repairs ship’s health after the ship takes damage. The module has limited health stored inside and useless after it finishes

Every dungeon crawler needs one. This is where you’ll move through the game. You’ll make strategic decisions about which path to take. There is a highway called Keeper’s path. It has low difficulty and low rewards. You can’t always rely on it though. Sometimes roadblock blocks this path. You can push through the roadblock but expect heavy resistance. There are different types of star systems you can explore. Some of them have markets where you’ll trade in-game resources while some of them have prospects that give you permanent resources. This system heavily, I mean HEAVILY work in progress. It's even improving right now as you're reading this (probably)

We’re coming to the Steam!

We are currently in orbiting the planet steam. Slowly but reliably burning our rockets to accomplish this rough landing. We can’t give an exact date but you can follow us to not miss this very important event for us!