A closer look at one of the core units in the game, Neutrophil

One of the earliest units you’ll get in the game is Neutrophil. He’s got 2 ranged attacks:

He’s got two visual ‘states’ - one normal (left) and one when attacking (right): 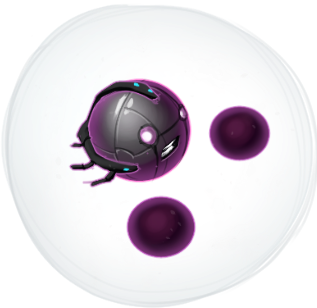 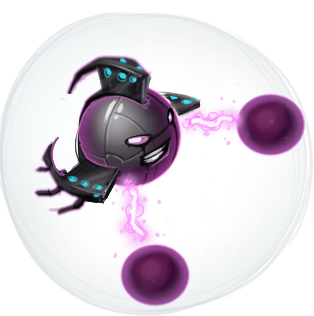 Neutrophil is good against most current enemy types, but against more heavily armoured ones he is ineffective. He also has reasonable visibility in the fog of war which can help when exploring the map.\

Neutrophil can also interact with a couple of other player units - he can be supported by Mast cells, which can boost his rate of fire. He can also get eaten by Macrophages to enhance their eating (phagocytosis) ability - but more on that in a later post.

These interactions are important because when designing the units, we wanted the player to have options about the load out of their ‘squad’ (given they have limited slots at any one time). So having different units support and enhance others givesplayers interesting options to consider.

The design of the unit itself was inspired by the appearance of an actual neutrophil . They have a distinctive ‘3 blob’ shape which is actually their nucleus (the ‘control centre’ which contains their DNA). The shot below shows a microscope image of a neutrophil from a blood smear where you can see this: 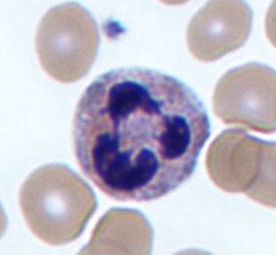 Neutrophils are the most common white blood cells in humans, and are amongst the first responders to sites of infection.

They do several things to combat infection, but we chose to focus on two when designing their attacks. They release various granules which help combat infection. They also do actually release NETs (neutrophil extracellular traps) which can trap (and actually kill) invading microbes.