In game where all the characters are made of paper the wind and its different implementations can be very valuable or dangerous item to be controlled. In this case, valuable as the Ryuu, the samurai hero, will be able to summon the power of the tornado to help him fighting melee combats.

When you are made of paper, you have to be careful with the elements water, fire and air, or specially the wind, as it can a very dangerous enemy/obstacle or a very powerful ally.

In this case, we are going to focus on one of the mechanics that we have been fine tuning and that will allow to one of the two heroes featured int the game, Ryuu the Ronin Samurai, which follows the path of the warrior and can can use weapons, to summon up a tornado to help him defeat enemies in melee combats.

The feature is very easy to understand, when fight with several enemies, and if he has enough paper energy ( which in UDD represents both life and energy) and if previously he has found the origami of the tornado, Ryuu is able to create a powerful tornado ( it can be upgraded along the game) that will immediately target the nearby enemies, throw them through air and the drain their energy until it kills or the tornado lifetime comes to an end.

The visuals of the tornado are quite impressive as on top of the visual effects associated specifically with the tornado, each an enemy has its energy drained or is killed, he leaves a trail of colorful paper confetti that brings a very impressive effect in motion.

Here are some of the iterative refinements that we have been implementing over the last days:

The next step as to actually have the Tornado looking for enemies as to target them.

Once you have been able to found the enemies, you need to do something with them or the result would not be cool for players. So we decided that the enemies would be thrown through the air, flying around the tornado.

As it can be seen in the animated gif, the result was a little bit strange as the enemies were out of control while flying through the air ( We think that thrilled to fly;) ).

So it was necessary to bring some control to the rotation. We decided to play around with Springs and the effects that they can generate when rotating around a central point.

Which worked quite well, although in the process the rotation forces somewhat started to fail, but it was quickly solved to generate the final result.

We a much more natural motion around the spiral of the tornado.

The final result in the game will be: 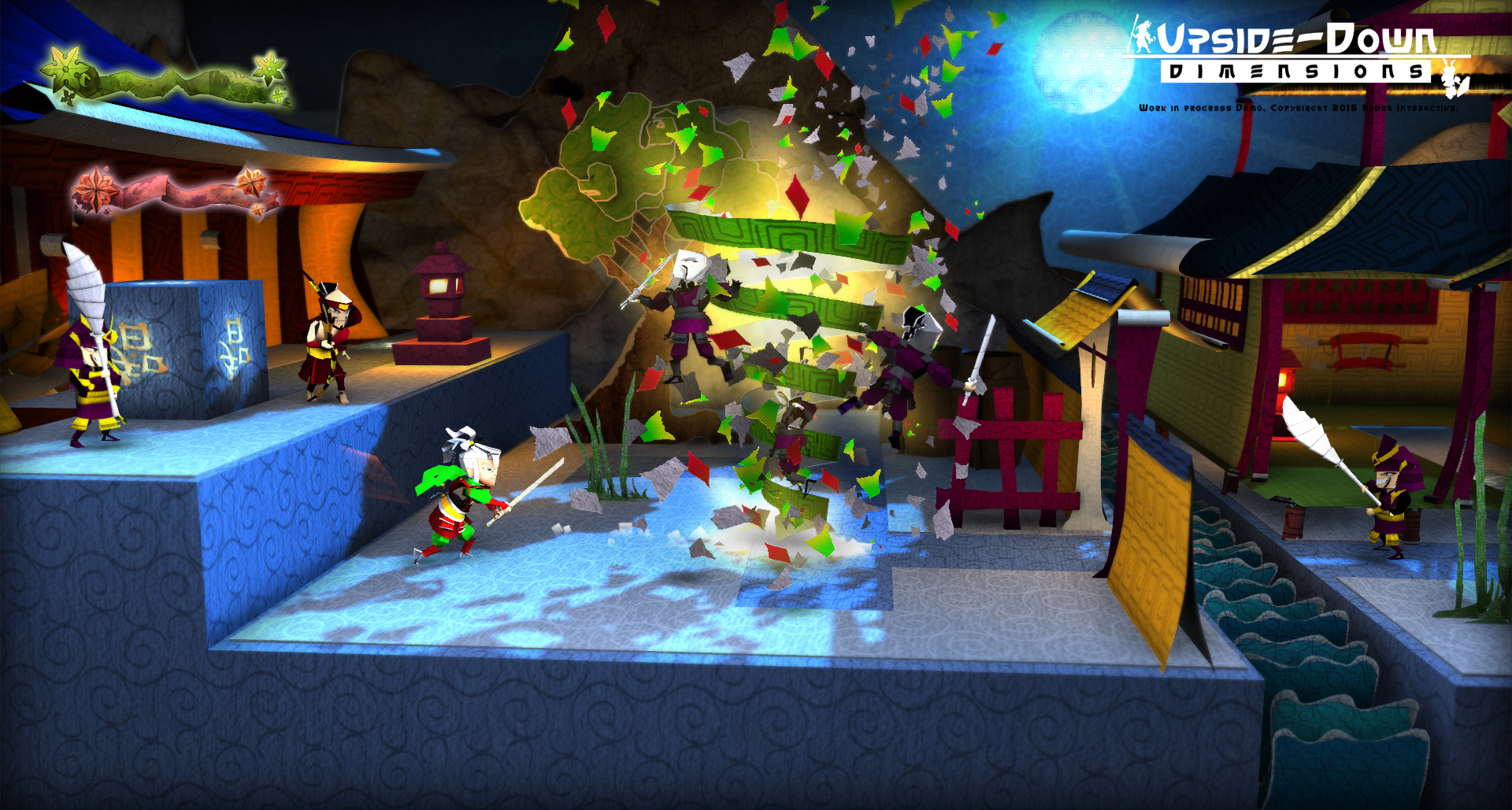 Awesome, don´t you think? And you should see it in motion.

Keep tuned for more articles as we approach the release window for the game.