I thought I wanted to avoid pushable blocks in my game altogether, until I found some new mechanics to make them fun again.

People look at my game, The Godkiller, and they think, “oh, great, another block-pushing game.” I get it, I get it.

I too, am a bit fatigued with soko-ban-style block-pushing. I even put a ban (a “soko-ban-ban”?) on including them in past games I’ve made. It’s been done, right?

So originally, when I put blocks in The Godkiller, it was meant as a little joke. (In the story, there’s a society that spends all their time drearily pushing blocks around.) But along the way, I discovered a set of mechanics that really revived block-pushing for me. Let me explain to you why I think my blocks are so damn special.

Your classic soko-ban block moves one square when you push it.

My blocks fly across the room. They don’t stop until they hit something. You can’t move them one square at a time unless an obstacle is one square away to catch them.

This on its own, completely changes your strategy. Knowing where all the key catch-points are in a level is important.

(By the way, it’s just reckless to claim you’re doing something new in video games. This type of block-pushing was done in earlier games like Bolo Adventures by Soleau Software.)

#4 You Can Push Multiple Blocks Together.

If a second block (or other pushable thing) is in the path of a block, that block also gets pushed. In fact, any number of blocks can be pushed together.

This gives your player character a very powerful feel. She’s knocking blocks all over the place, and it ain’t nothing to her!

#3 You Can Stack Blocks.

Blocks plop on top of each other to stack vertically. The Godkiller is not a 2D game dressed up in 3D visuals. It uses verticality, with puzzles that have you climbing, falling, and dropping.

Combined with another game element, “letter gates”, you can affect the level by spelling (or unspelling) words that are on gates and bridges. If you arrange blocks to spell key words, the corresponding gates and bridges become solid so that you can’t pass through them.

What if I told you that The Godkiller doesn’t have a restart key? And that’s a good thing?

In a classic game of Soko-ban, you’ll end up getting blocks stuck, and needing to start over.

In The Godkiller, you just push the block against a wall or other obstacle, and it is destroyed, reappearing at a block pad that has a matching letter. All puzzles are designed to be unstuckable. It gives you a light feeling, like you can try anything and not be penalized for it. I appreciated this approach playing William Chyr’s glorious Manifold Garden.

These Are Not Your Father’s Blocks 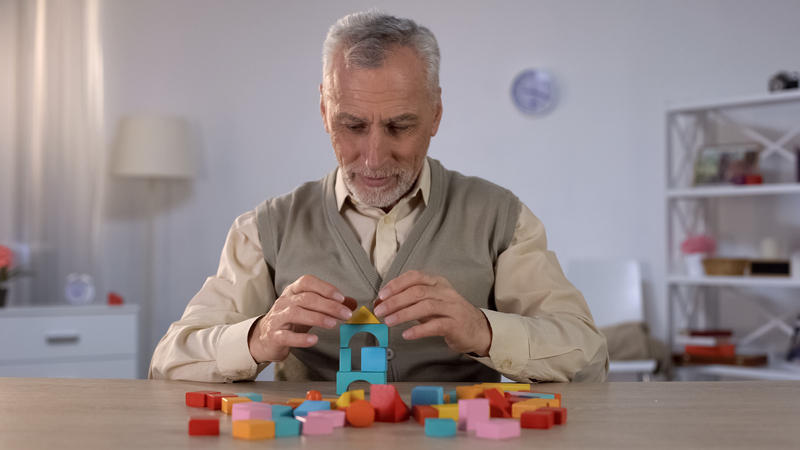 The game plays quick, with a happy, violent, “no-consequences” feel to it. Don’t like where a block ended up? Smash it to bits! Stack em in towers. Knock em around.

Your commands are performed instantly with a “past effect” style of animation. So everything responds quickly in a way that feels satisfying.

Wishlist my game on Steam! (Well, you know… if you want.)