Post feature RSS The scrolls and the power-ups – Devlog #25

The scrolls in Immortal Redneck will give you special powers. Do you want to know what kind of special powers are we talking about? Unveil them!

If you are in ‘Immortal redneck’, locked inside a pyramid full of enemies fuelled by the unique desire of killing you… Probably you are going to need some power-ups to face them and go outside the pyramid covered in monster’s goo. That’s why you’re going to need the scrolls! Each one of the scrolls that you find in a dungeon (inside a chest, or when you kill an enemy) will give you a power-up that you’ll be able to use just during that dungeon: when and if you die, the effect of the scroll will disappear and you will start from scratch.

That’s not necessarily bad – some of the scrolls don’t even have positive effects: They may harm you… Or modify the redneck in hilarious ways! We didn’t say that ‘Immortal Redneck’ was an easy game, did us? Let’s take a look at some of the scrolls that you’ll find in your way. Yep, this is going to be a bumpy, scroll-y road. 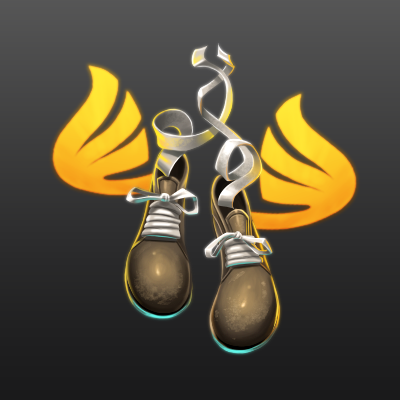 How many times have you fallen on lava while jumping to reach another platform? We know, twice each morning, just before breakfast. The typical situation! With this scroll, the redneck can avoid the gym: It has one extra jump!Perfect for reaching further platforms, running easier from the enemies and making its life easier. Sadly, it doesn’t protect him from being burned if he falls into lava, so… Be careful! 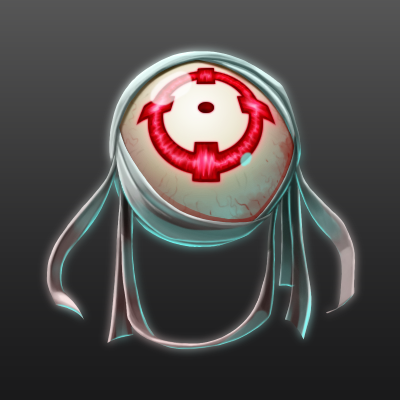 You are in the fair, trying to shoot a toothpick with a shotgun in order to win a teddy bear. But… What’s happening? The shotgun is failing all the time and the bullet goes wherever it wants. That’s it! You definitely need this scroll… Because, of course, you’re not in the fair shooting toothpicks: You’re in an ancient pyramid shooting skulls and monsters! With this power-up, you will be able to be more accurate with your weapons and hit the target just where you want to hit it. Another monster bites the dust! 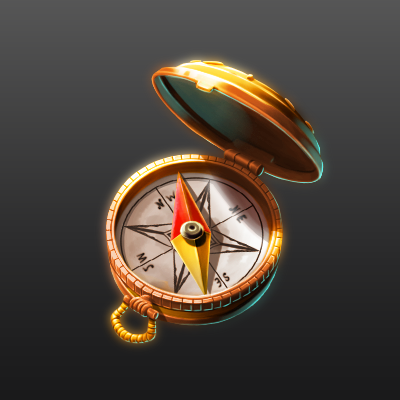 Are you a genius reading maps? Well, in ‘Immortal Redneck’ that doesn’t mean anything. Why? Because there are some special rooms that introduces final bosses, chests or power-ups… But you’ll never know where these special rooms are or what exit will bring you there. Unless you pick the Compass scroll, of course, that will point at the special rooms in your map, making your life much, much easier. Don’t get lost anymore! 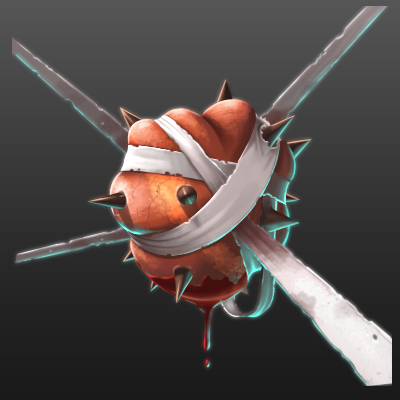 Are you prepared to became the Vampire King, the undead Nosferatu or, as we usually know him, Dracula? You don’t need to be bitten by another vampire: you just need to pick up this scroll! With it in your hands, when you kill an enemy, your life bar will rise! You don’t need to kill to survive anymore: Now you need to kill if you want to be healed! Listen to you, children of the night! 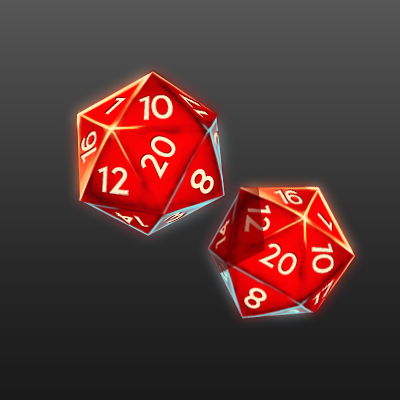 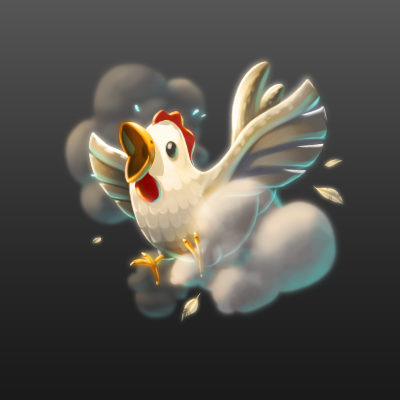 Do you want to quote ‘Back to the future’ and say “What’s wrong, chickens?” to the bad guys in the pyramid? Well, with this scroll at least they couldn’t answer “Nobody calls me chicken!”… Because, with each shot, they have a (very little) chance to become a harmless animal: A chicken! Imagine one of our biggest and most dangerous enemies become just an inoffensive chicken that couldn’t do anything but peck and cluck. You don’t seem that dangerous now, puny Skull! The Metamorphosis scroll only works sometimes, but who knows when are you going to be lucky? 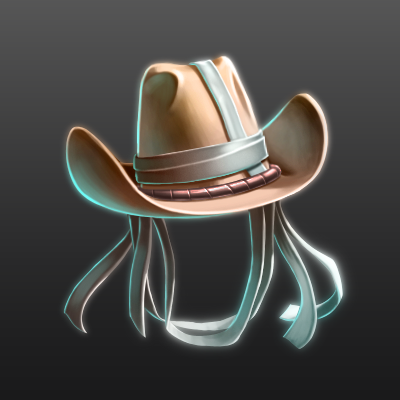 The enemies are coming for you at full speed but you can’t shoot at them quickly enough… Or can you? Take this special scroll and you’ll be able to shoot quickly all your weapons – even the quicker ones! One bang after another and no enemy will be able to touch you! Keep in mind – The bullets aren’t unlimited, with or without the scroll. Don’t let yourself go with your new ability! 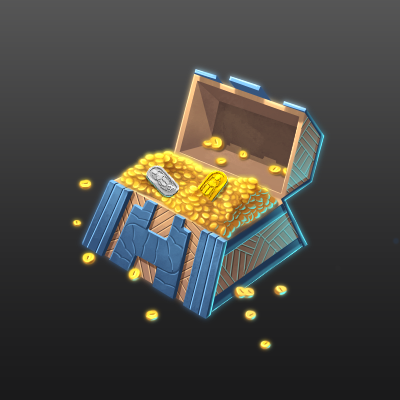 Do you want to be like Scrooge McDuck and dive into a coin pool? Well, we don’t know if you can afford to do it in the real life, but with the Pay Day scroll, you will be able to do it inside ‘Immortal Redneck’. Why? Because you will collect more gold than before! Buy better abilities, be the best redneck you can be and embrace your gold. Your precious, precious gold… 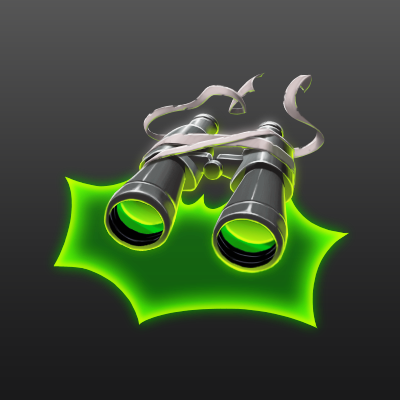 If you are tired of being attacked and your enemies take you always by surprise, put on these glasses. They may not be hip or modern, but they will allow you to see the enemies in the mini-map. Ha! Those suckers won’t surprise you again! Note that you don’t need to be short-sighted to use them! 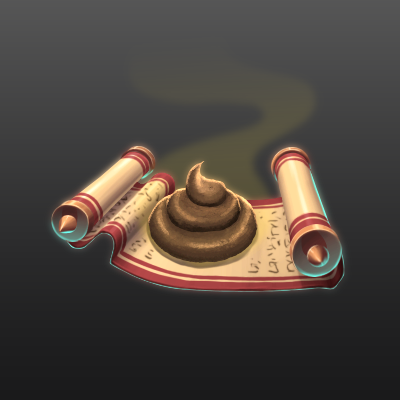 Wow!! Finally, you have a stinky, horrible and dark shit on your head! The dream of your life! So, yes, this is it. Yep. A shit. In your head. Welp. 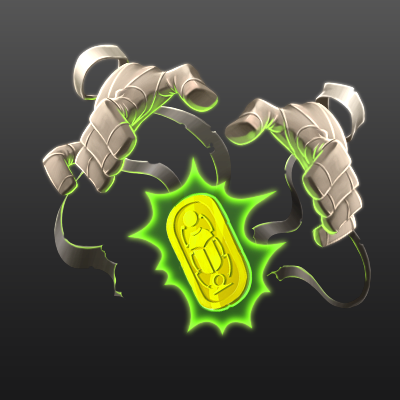 Do you want to take the TV remote from the table but you are too lazy to get up and move your butt? Then you have to take this scroll and use the telekinesis! Take the far away objects with just the move of your hand! This is really useful in those really big, big dungeons where you don’t want to walk through all of it again and again.

And this is just the beginning: ‘Immortal redneck’ will have more than 60 scrolls that will allow you to have everything, from revealing the whole map to have the gravity of Mars in the stage. Thanks to these scrolls, each game will be different and new! Scroll up!