Post feature RSS The influence of day and night

In real life - we don’t really pay attention how the day changes. However, in Gatewalkers, day and night cycle is very important and in consequence make the game more engaging. 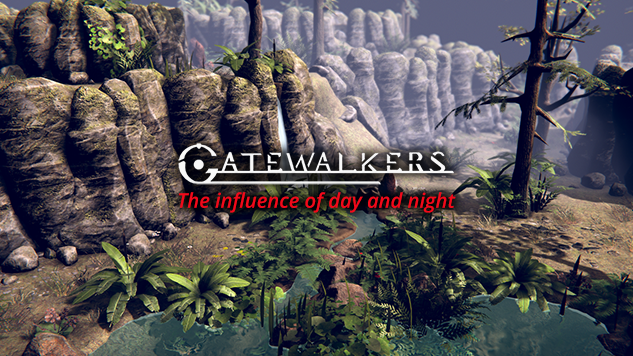 When it comes to video games, the day and night cycle serves different purposes. Sometimes it’s just the designation of time of the day, on the other hand - it creates a peculiar climax for a location. However, with the same cycle, the designer can introduce unique mechanics to the game, that will change aura of gameplay, depending on what time of a day it will take place.

Games are using day and night differently, and it all serves various reasons. Some of them build climax, others introduces completely new mechanics. Some create new, remarkable atmosphere, that not only adds new elements to the gameplay, but also extends the lore. When we were planning on what do we want to show in our game, we got the idea of making the night-time some sort of mystery. So, after the sun sets, player needs to explore surroundings in order to uncover the secrets of darkness.

During development of Gatewalkers we implemented mechanics, connected with daytime - one for the mobs, and the other for survival. Both of them have a huge impact on gameplay during different time of a day. Moreover, we’ve decided that the cycle should not only influence players (they need to encamp, craft more useful weapons or create a light source in order to survive in the night), but also the creatures living in particular world. 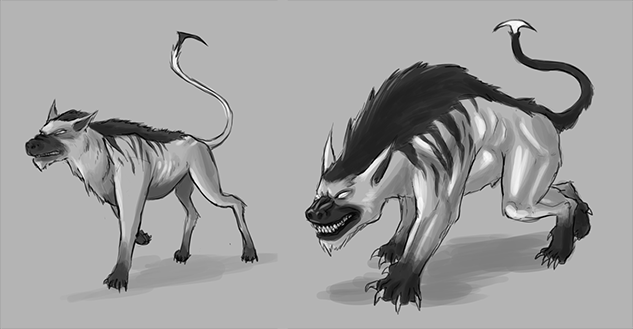 The night has a direct impact on creatures, some of them transform under the influence of the night. Transformed creatures don’t only change their appearance, but also gain new abilities and are getting stronger in the process. Because of that - during night the world becomes event more hostile and full of terrors. Studying creatures’ behaviour during day is a very useful practice, however this knowledge won’t do much for players after the sun goes down.

Now, let us introduce how time of day influences players. Each player exploring forest world need to face its own fears that are indicated by their mental health, During the night many Gatewalkers see possessed creatures lurking in the shadows. Long exposure to cursed darkness often makes them lose their sanity. If player get lost in madness her/his subconscious will spawn nightmare creatures. In order to stay sane one need to stay within source of the light - e.g. by staying near campfire or by holding a torch. This way, we are introducing different feel of gameplay during different time of day. As a result players must choose whether they prefer to explore the world safer during the day or prefer to risk their adventure at night in return for better loot.

In real life - we don’t really pay attention how the day changes. We just do our duties, follow the particular schedule and just check the clock to get to know, how much time do we have left in order to finish a task. However, in Gatewalkers, day and night cycle is very important and in consequence make the game more engaging.