Gramos pack more fire power than most can handle, but it's not all there is to them.

Appearance
The Gramos have more savage look than humans due to their remaining features that haven’t been left out during the evolution of the species. Their skin color varies from brown and shades of red to dark grey and they often keep their coarse hair on dreadlocks. The race also has dark, inverted eyes and large ears due to the fact that their society has lived inside caves and tunnels for centuries. The Gramos’ bodies are muscular due to the harsh conditions on their planet and the stronger gravitation field it has compared to earth.

Culture and society
The Gramos are one of the oldest races in the galaxy and though they have a somewhat savage look, they are brilliant mechanics and scientists. The Gramos hail from their dry, dune covered planet Gremon. The Gramos have colonized many planets over the few centuries of space traveling, but haven’t joined the Galactic Council due to the reputation of the Nyads and the fact that the council restricts the partner races in many ways.

They live inside huge mountains that hold their large city complexes inside, away from the dangerous wildlife on the planet and the raging sand- and thunderstorms outside. Planet Gremon is dangerous and hostile, and though it took longer from the race to reach the stars compared to humans, they have explored the universe longer than humanity, giving them a good stand in the galaxy with their large and powerful war fleet.

Warfare
The Gramos are more offensive than the other races and their view is that the sooner you obliterate your enemy’s forces, the better. However, with their focus on developing the efficient and powerful weapons, their shield and protection tech is getting less resources into development, which in turn has lead the other races to have an advantage in that field. While often peaceful and wise, the Gramos are known to take a initiative in battle, acting before the enemy has a chance to. 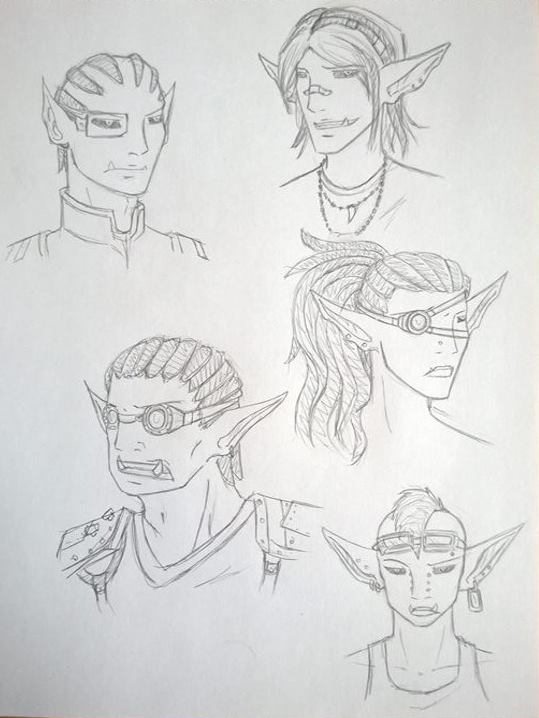