This week, Ian talks about the art style of Crimson Keep, and some new art assets.

This week I'd like to show off some new environmental art for the game. When the player is exploring Crimson Keep in its final form, there will be several different locales or "Tilesets" to traverse. The first one we're working on, if you couldn't tell, is the caves. They're dark, damp, sandy in some places, and full of cool stuff to discover. Over the last two months (the first two months) of the game's production they've evolved quite a bit.

The game, initially, had a faceted, simplistic style. And while, I still like and appreciate this look, the darker tone of the game's story (once I started writing it) and other elements of the game heavily inspired by the dark fantasy aesthetic of Conan and Diablo, made it seem ill-fitting. I also went through about six weeks of hair tearing out trying to come up with a character art style that I didn't hate, and never really succeeded. 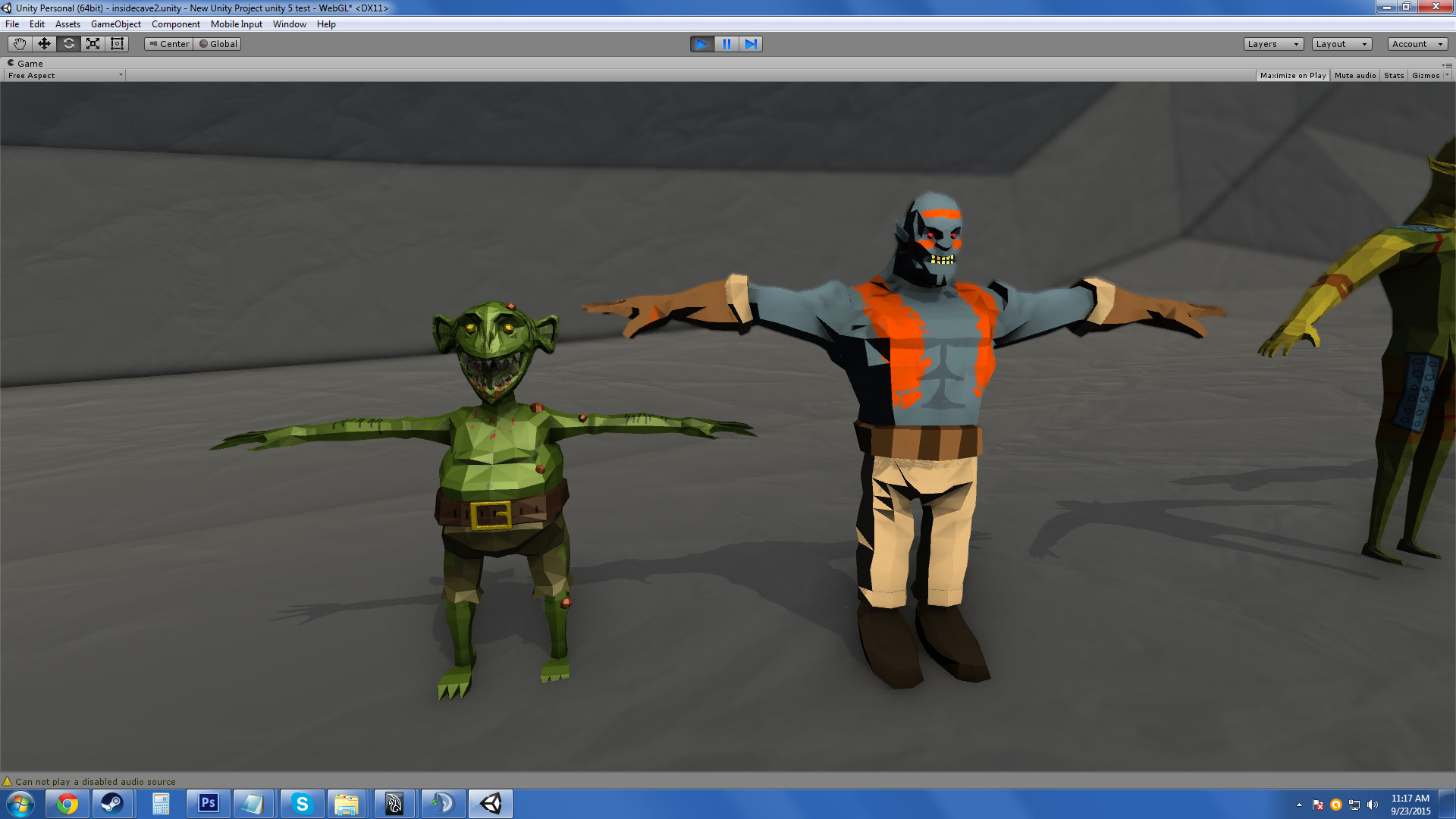 Does it get much uglier? Don't answer that.

But that was then, this is now.

Whether you like the old faceted style, or our new style better, I think you can certainly agree there's an evolution. In the end, I think my goal is to create a style that has some individuality, but that also hearkens back to those games that really inspired me, Diablo and Hexen. 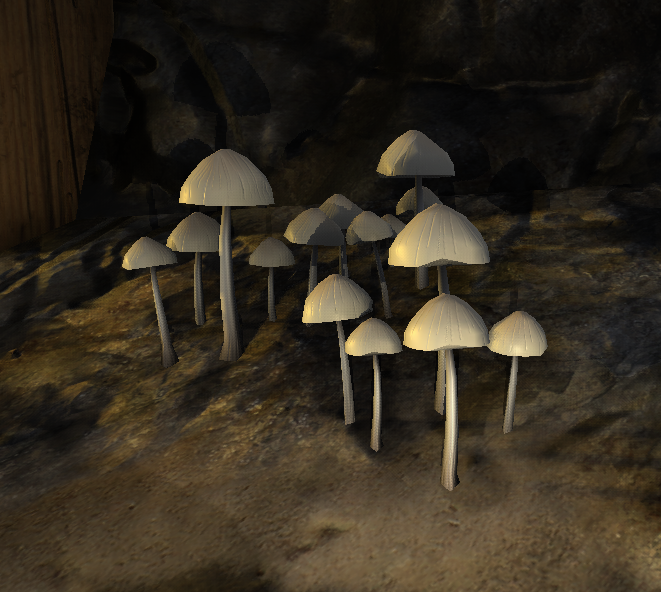 The basic white cave shroom. These were pretty simple to create. I just used half a normal sphere for the top, closed in the bottom, triangulated and reduced it (since there will be a lot of them) and then simply used an extruded cube for the stalk. While looking at reference I did some vague coloring, and some small creases in a normal map, and came out with something so very simple, and easy to create, but also pretty effective. 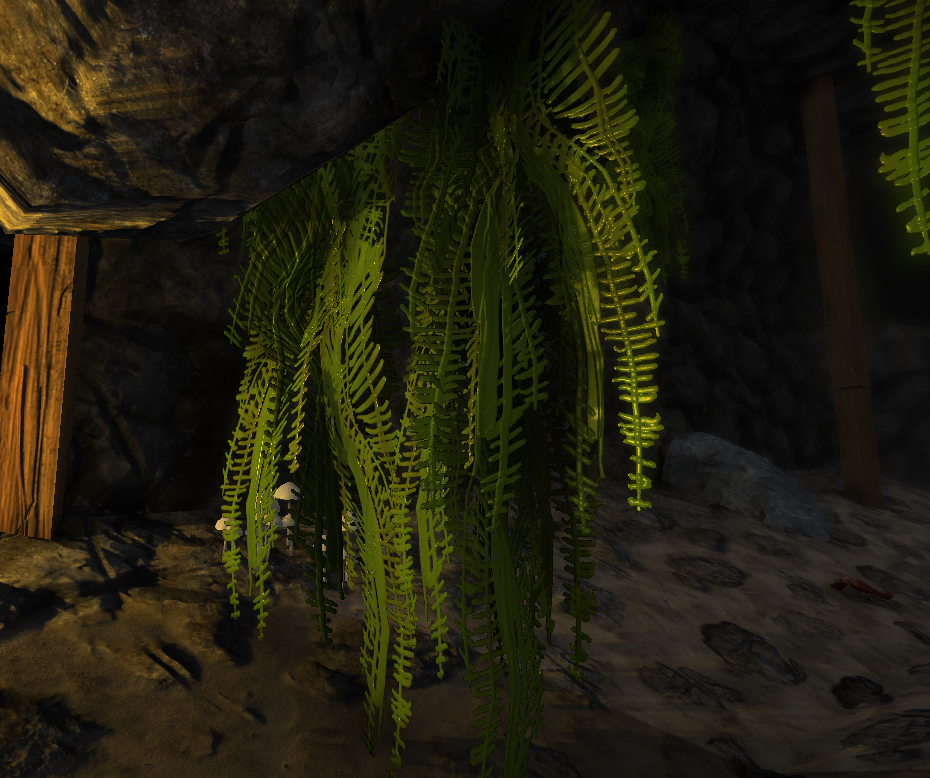 The ferns were created the same way most 3d artists create plants like grass and leaves, by using planes with transparent textures on them. I create a long plane with multiple divisions, moving the verts around a bit so it wasn't perfectly straight. Duplicated the plane, and flipped one side's faces (so that both sides are visible by default in Unity). From there drawing on the plane making random fern like edges.

The greatest challenge this week was most likely the brazier, but it was also a lot of fun. With this prop I started playing around with glow maps again. Glow is color/light information in a material that are unaffected by lights in the engine. They are their own light. This kind of thing works great for lights in a plane's cockpit, or other such very small lightsources, that simply aren't important enough to be lit with an actual light inside the engine. In the case of the brazier, I applied a glow map that shows off the glowing embers of the burning wood, as well as some light bleeding off around the fire.

Though it isn't super noticeable right now in game, when we get around to animating the glow (can make it flicker, ramp up or down), or when there is a brazier with nothing burning, it should be a really cool effect.

Anyway, that concludes the art article for the week. I plan to make an article once per week, alternating between art, and game design, most likely. Stay tuned for more updates.