A variety of defensive turrets can be built by base structures. 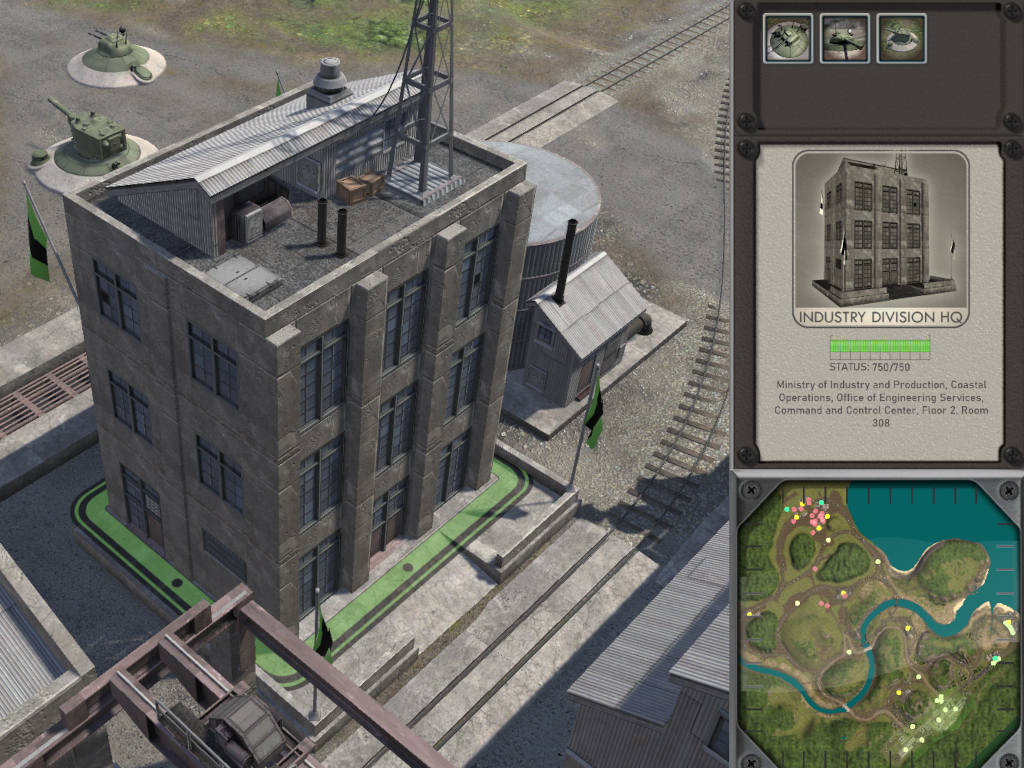 The HQ structure is one of the buildings which is able to place defensive turrets. Turrets will come with different costs in resources, and have specific range, rate of fire and damage dealt per hit. As in most Tower Defense scenarios you will need to find the most effective combo of capability and positioning. 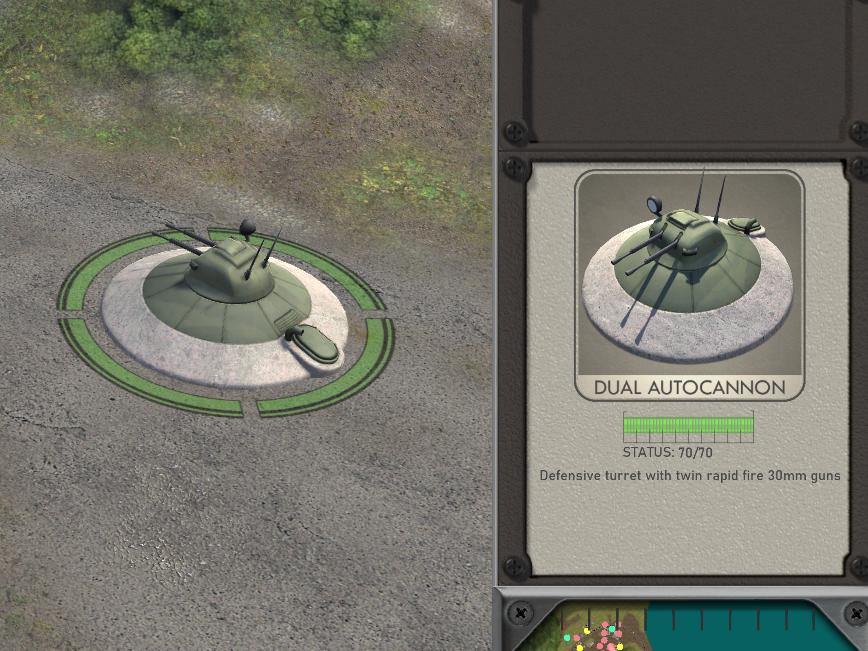 An Auto-Cannon turret has a high rate of fire and a shorter range. It is good for handling swarms of attackers but can be taken down by longer ranged enemies.

A Howitzer can fire much further with an indirect shell, but may miss fast moving enemies. The Anti-tank gun turret has a long direct fire range and deals a lot of damage. These turrets below are in a firefight. There are enemy units in the test build, but I'm still using stand-in art so I won't be able to show them for a while. This is an asymmetrical game, and the enemy is going to be on wheels and not use the rail network at all. They will be able to follow any passable terrain to get to your base, so placement/coverage of turrets is important. 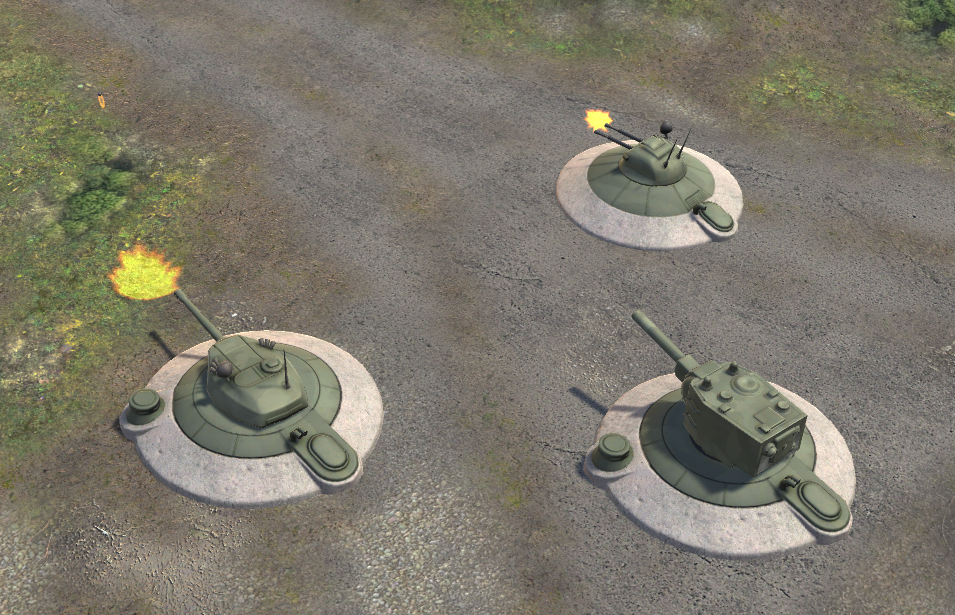