Post feature RSS So, this game we're making. What is it?

This whole affair started back after, inevitably, a future code monkey graduated from college with a barely relevant degree and needed something to do with his life... 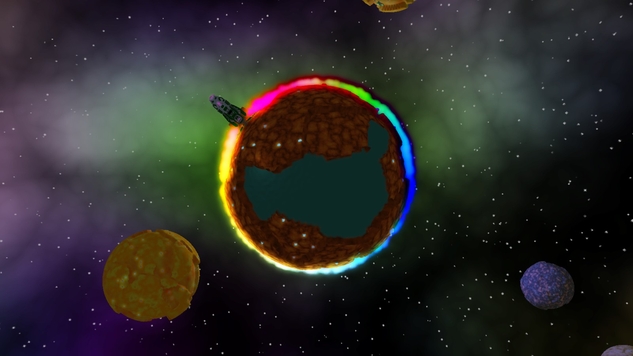 The so-called elevator pitch: It's a multiplayer city builder, set in space, with an emphasis on ruthless business themes. Think of it as Sim City meets Settlers of Catan. IN SPACE!

There. Now, everyone is gonna go buy it.

But this makes for a lousy post, so we guess we'll go into a bit of depth.

This whole affair started back after, inevitably, a future code monkey graduated from college with a barely relevant degree and needed something to do with his life. This code monkey, while typing in obvious third person to avoid the sadness of his story, decided to spend his now ample freetime making a graphics engine from basically nothing. This was 3 damn years ago.

About half a year into the whole pointless affair, he decided to tell people about his new hobby. They asked him what he wanted to do with it. When the answer was only shrugs, we lot decided to make a game.

This is the long and short of it. But what kind of game should 5 people assemble on what is basically their off time? 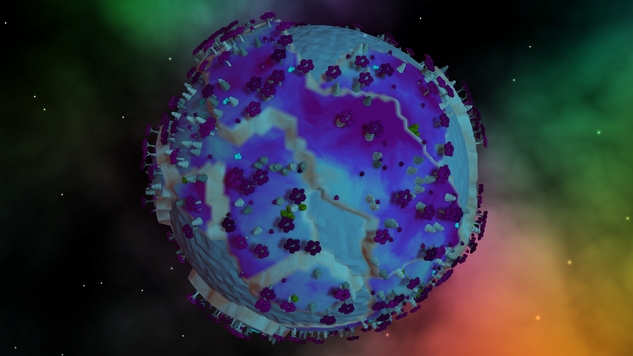 We don't want to go through the entire decision-making process, mostly because we have diverged wildly from our original starting "seed" idea. But, the product we're working on right now has a few ideals behind it:

1. We wanted to make a multiplayer game. There are several reasons for this: First, and perhaps most important, we like playing multiplayer games. Because our background is mostly pull-hair-from-head flavoured multiplayer games, it made a degree of sense for us to do what we knew best. Another reason was lack of manpower – Multiplayer games can get away with having smaller teams, because less content needs to be generated for a "complete" experience.

2. We wanted to do something with focus on economics and management. This mostly has to do with the seed idea, but really, it's also because there aren't a lot of multiplayer games out there with a focus on bean counting. 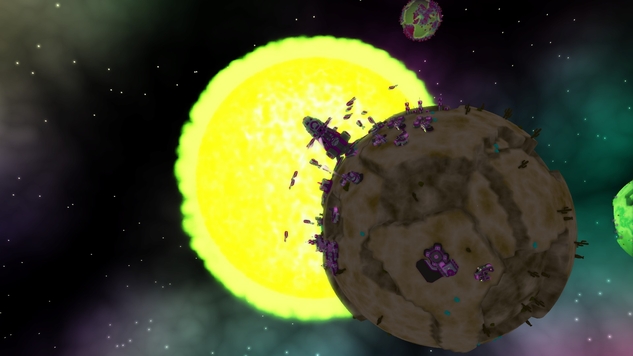 3. We wanted our game mechanics to cheat as little as possible. This begs some explanation – what does cheating mean, in this context? Well, most games, because they are built around single-player first, cheat a bit with the availability of in-game resources. To give a very old city-builder example: In Zeus, your citizenry will never run out of taxable money. You could jack up the tax rate to humongous levels, pay them a pittance, and they would keep happily shelling out money. Zero Sum Future doesn't do this. If the citizenry run out of currency, they can't buy stuff. The end. This makes the game design much, much more difficult, but it makes for some really, really cool, degenerate behavior.

4. We wanted to use our own engine. Boy, was this a questionable decision. There are advantages to doing this: The game looks exactly as we want it to look. No shade to Unreal, but when a game is made in the Unreal Engine, you can tell. When a game is made in Unity, you can tell. There is nothing inherently wrong with that, but if you want a unique look, we think this might be a better option. A custom engine also means that the functionality is as much as we want, and no more. We should get decent performance after all the optimizations are done. But, of course, it's hard to make a custom engine from scratch. It takes time, effort, and much hair is pulled. We won't go into that detail too much here, because that's more blog posts. 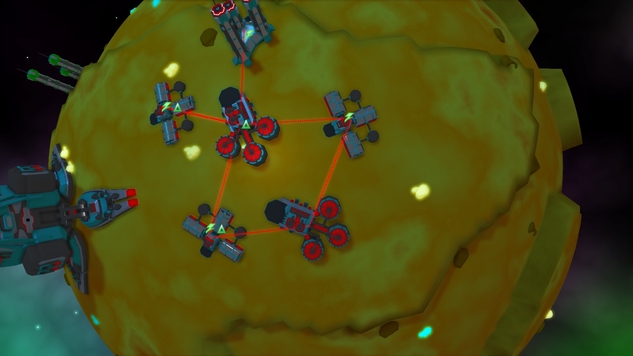 5. We wanted to capitalize on the caustic nature of people online. Anyone who has ever played DotA, League of Legends, or any shooter ever will understand. Some games try to downplay this reality, some try to hide it (Hearthstone is perhaps the best example for this approach), but most suffer from it. We embrace it. Zero Sum Future gives the option of making games easier to win by forming alliances, but then tempts you into backstabbery by dangling more ladder points in your face if you win without alliances. From the outset, we empower our players' natural urges: Be as evil as you can possibly get away with. Unlike other games, we don't try to encourage team-play when the nature of the medium is counter to that.

6. We wanted to make a game based around lying. You can't really have a game about backstabbery without a degree of deception, right? The way this comes in is really much more elaborate, and I want to do it justice, but that is to be detailed in a future post.

So, that's what's behind Zero Sum Future. A game about lying, cheating, and being a ruthless business mogul. IN SPACE!