Post feature RSS Putting 100+ hours a week into making my first game. Here's how I got started

Learning new skills takes time (9000 hours as of now), but it gets easier if you love the process.

When I first started DARQ, back in Nov. 2015, I had naively assumed it would take 6 months to complete. It's now been 37 months and it's still not finished! I didn't know anything about making a video game - no coding / modeling / texturing / animation / game design skills.

First thing I did was to try to learn coding. I went for Unity / C# and was studying Unity C# manual like crazy. It was very difficult at first, but after a month it all started to feel more natural and make sense. I didn't have any background in coding, except some basic HTML (not that it's coding really). First 3 months of development were spent on trying to write...a custom physics engine for DARQ. It was crazy challenging, and I spent countless hours failing miserably at this. Until I got something like this (video above). The way physics are handled in DARQ has been evolving since then and now it's more efficient and more optimized.

I also had to write a camera system that would make the camera move smoothly and react appropriately depending on what player was doing. This was harder than I thought and I have since re-wrote the camera system from scratch 3 times.

Learning animation was incredibly intimidating. At first it looked so difficult that I foolishly thought I'd be able to just buy an animation pack on the asset store and be done with it. I was very wrong of course, because a game like that requires hundreds, if not thousands, very specific custom made animations. Eventually it got easier and now it feels quite natural to animate in Blender.

Then I had to figure out how to create monsters. I got a tablet and ZBrush. It was fun to sculpt characters, but retopology and normal map baking seemed too overwhelming. I still can't figure it out to be honest. I'm lucky to have some super talented 3d artists help me now. 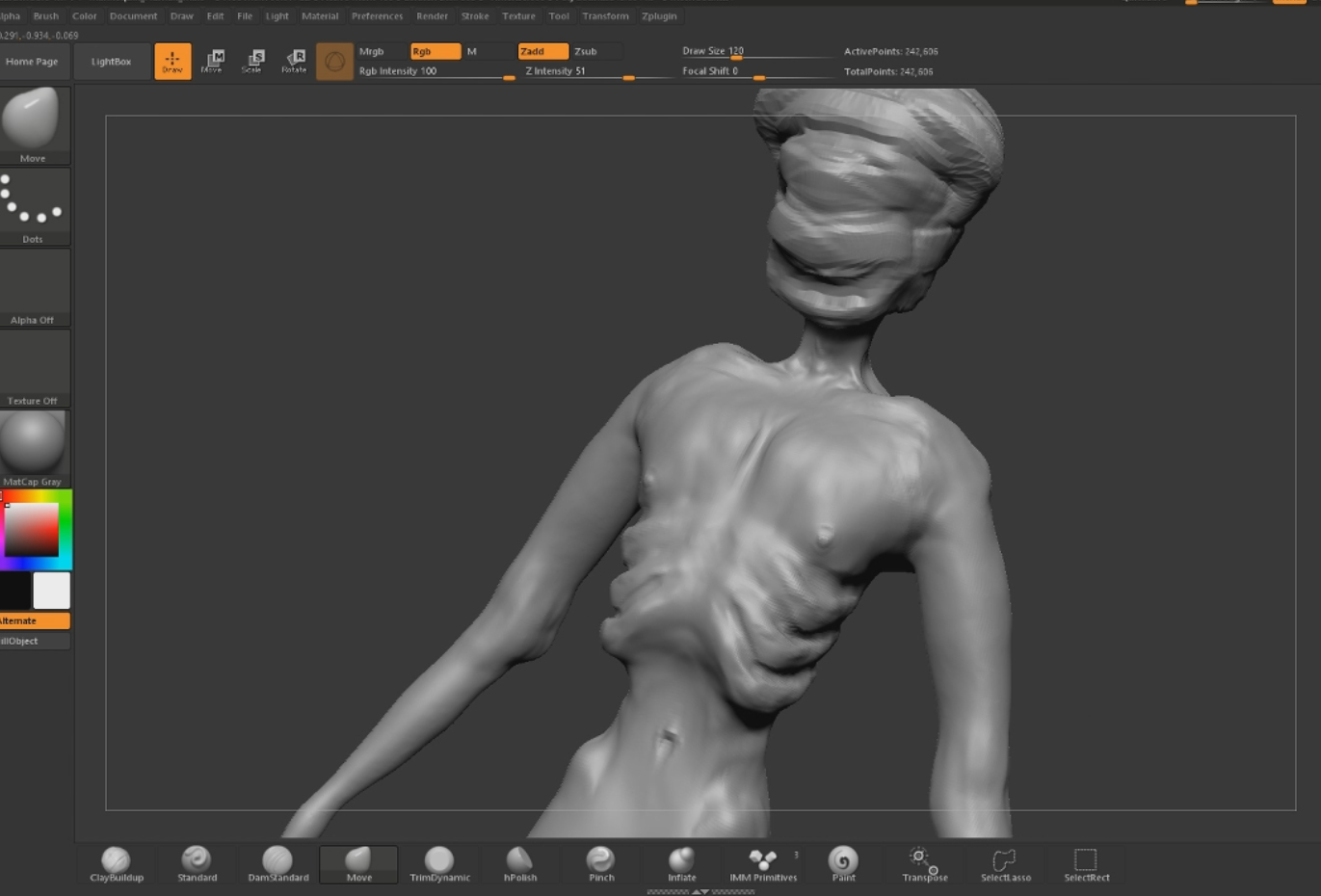 Modeling the environment has been definitely the most time consuming part of the development. It's extremely detailed and the more I learn the software (Blender) the more exciting it gets to push the boundaries and create something I haven't before. When I started, it felt super difficult and not user friendly - now I feel like my fingers know all the shortcuts, even though I wouldn't be able to say what they actually are. Blender has become a bit of an obsession now.

Next step was to learn texturing. I decided to try Substance Painter / Designer and it was quite easy to get into. I love texturing and I spend way too much time on details.

Now, over 3 years later, the game looks like this.

It's been the most exciting journey of my life. Not only because I continue to learn things that are incredibly interesting, but also because hard work (although tiring) feels exciting and fulfilling. When I started this project it was nothing but a hobby, but during the development I discovered that I absolutely love the process of game development. I quit my job for this, and last year I've been putting in crazy hours into this. Yes, I work 100+ a week, usually. I do take breaks when I feel I need to. But overall this has been a great experience and I can't wait to share this game with everybody.

DARQ is coming to Steam soon - you can wishlist it here.

You're going to have a strong career ahead of you for the effort you're willing to put in.

Thanks for the good wishes!

I can only applaud you for not giving up. Well done!

Don't give up and good luck for the ends of it.

Thank you! I'll certainly need a lot of luck for the release, keep your fingers crossed!

Dude... now you got real talent for making video games.
I really like the "look" of the game, and the animations looks so nice and smooth.
And besides, it seems that you got good references from movies and video games, like an0rak says, i think on Tim Burton universe too.
Your work it´s kinda inspiring. It make me feel, like a want to make a video game too. =)
I wish the best for you on your project... definetely following. I want to see this game soon !!!
Keep up the good work.

Thank you for the good wishes! It's inspired by a lot of movies, Tim Burton for sure, but also Guilermo del Toro (Pan's Labirynth), Lynch...

This is my dream
hopefully one day I can do it